digital manufacturing and rapid prototyping has greatly changed the way we think about not only production, but also the way we approach the entire creative process and the initial development of physical forms. ‘skin’ by sammy jobbins wells seeks to explore a way of integrating 3D modeling with biotechnology and experiments with the precision of computer generated forms versus the unpredictable nature of biological processes.

the project culminates in a wearable object influenced by animal bone corsets of the 17th and 18th centuries with a parametric form using grasshopper, a visual coding environment developed for rhino architectural software. the algorithm used to create the structure is a modified, three-dimensional version of delaunay triangulation. in terms of the material, it is grown from acetobacter xylinum, a strain of bacteria that produces a microbial cellulose textile as it consumes glucose. this has led to a completely sustainable method that requires no external energy input in order for the bacteria colonies to sustain themselves. the process itself is more commonly known for the production of the ‘kombucha’ drink as it has been pioneered by notable designers including suzanne lee, stefan schwabe, and jannis huelsen. 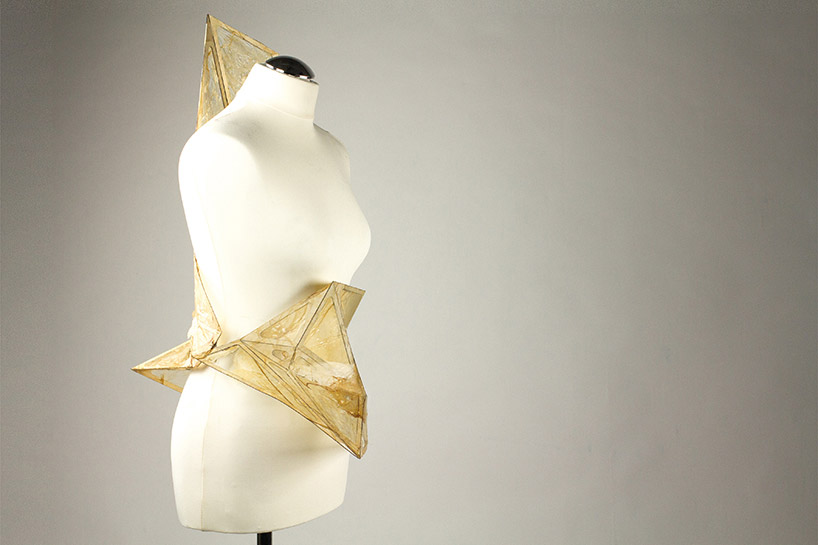 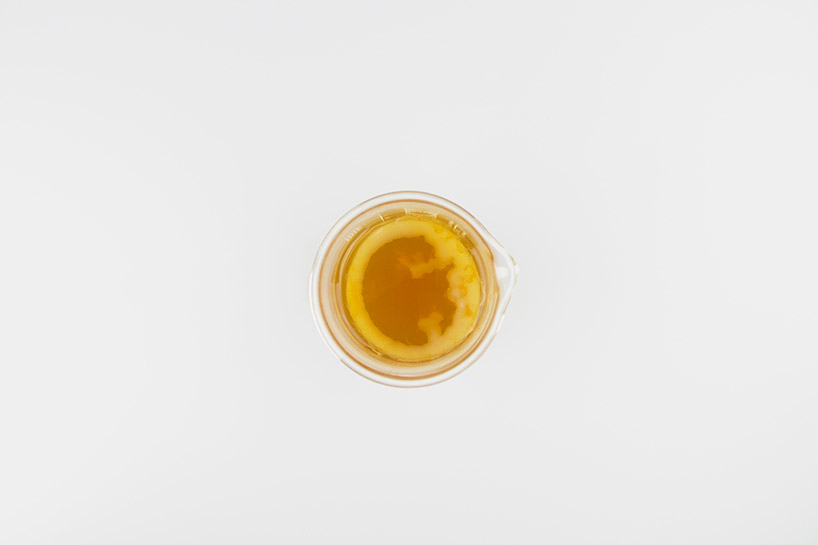 the formation of a new layer of bacterial cellulose 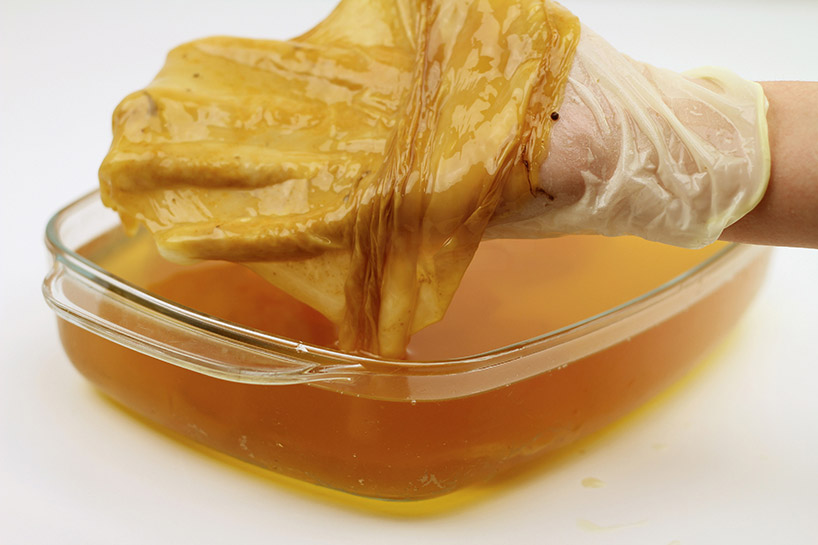 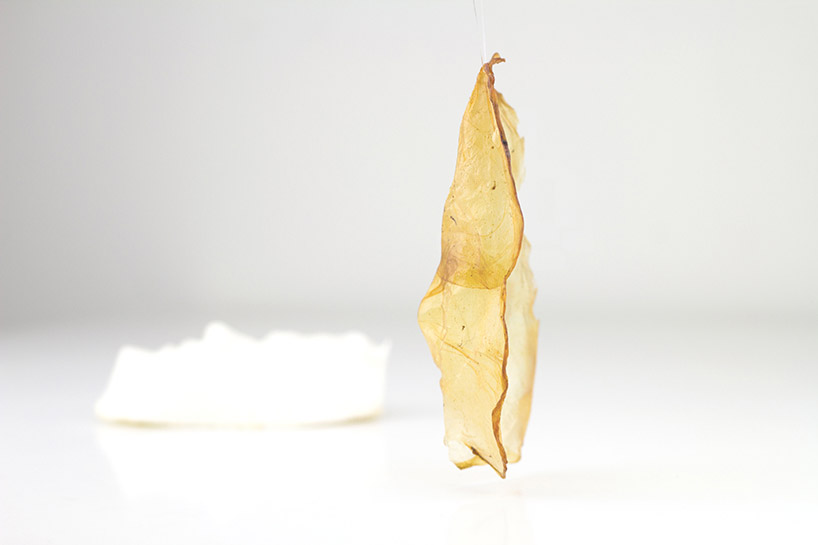 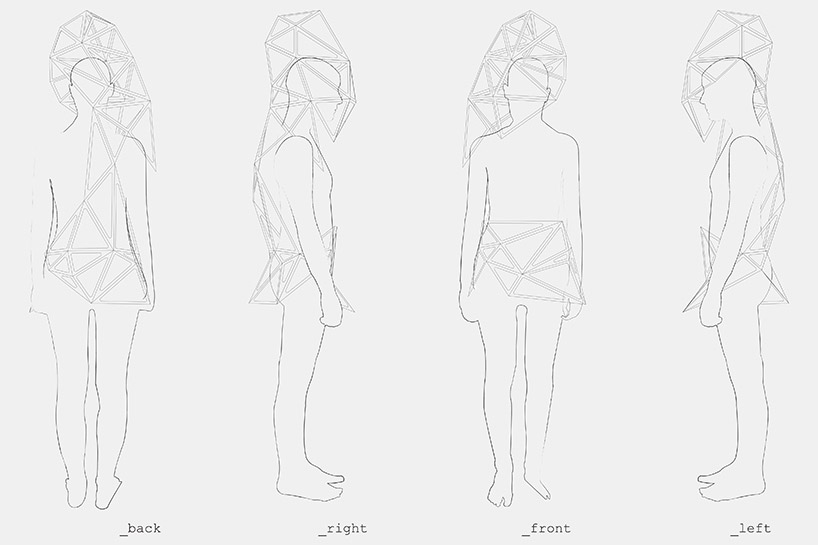