for his ongoing photographic project ‘in extremis (bodies with no regret)’, italian photographer sandro giordano captures the downfall of man — literally. face plants, falling, belly flops and drops are the subject of the series, with men and women head-first into the ground, their belongings strewn around them in the inevitable mess. ‘my photographs are short stories about a falling-down world.‘ giordano describes ‘each shot tells about worn out characters who, as if a sudden black-out of mind and body took over, let themselves crash with no attempt to save themselves, unable, because of the fatigue of the everyday representation of living, oppressed by appearance instead of simply existing.’ 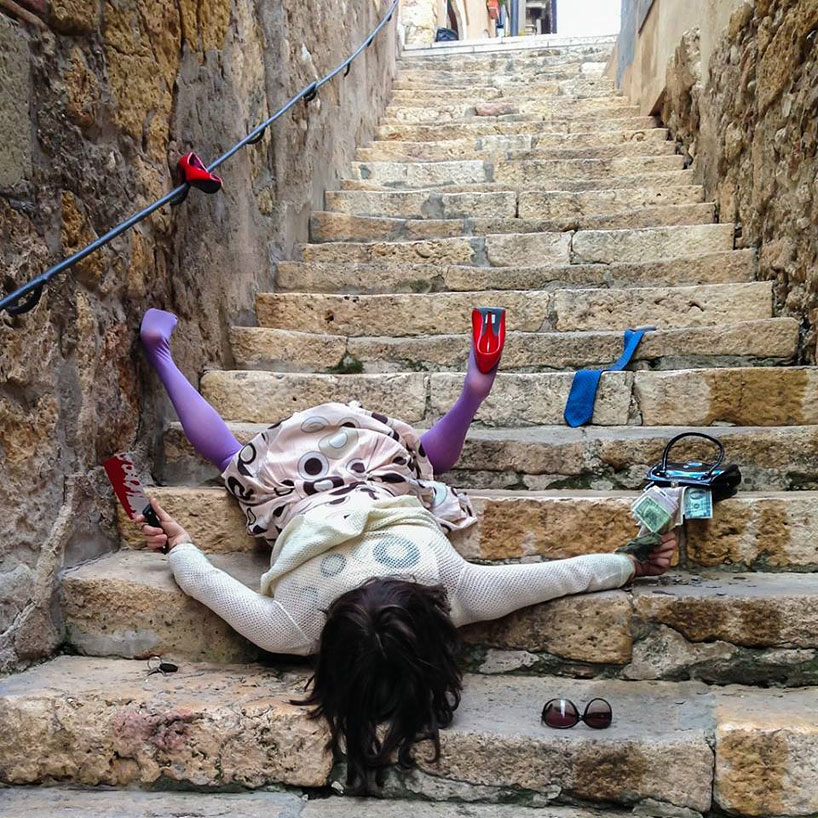 ‘solo per amore’ (only for love)

the series expresses the willingness to save material things before human well being, showing the figures at the exact moment they’ve hit rock bottom. ‘they reach their limit beyond which their false self cannot go. each of them saves an object, they hold it in their hand and it symbolizes this falsification. this pretence is represented not only by the objects but also the clothes, the hairstyles and the location.’ the images have been carefully composed using live models and props, manipulated and arranged into the various disastrous scenes. after a fall, ‘the instinctive reaction is bewilderment and awkwardness towards the unlucky fate of the character, but then that same awkwardness breaks into a liberating laugh. this is the effect I want to recreate through my photographs: tell tragedy through irony.’ 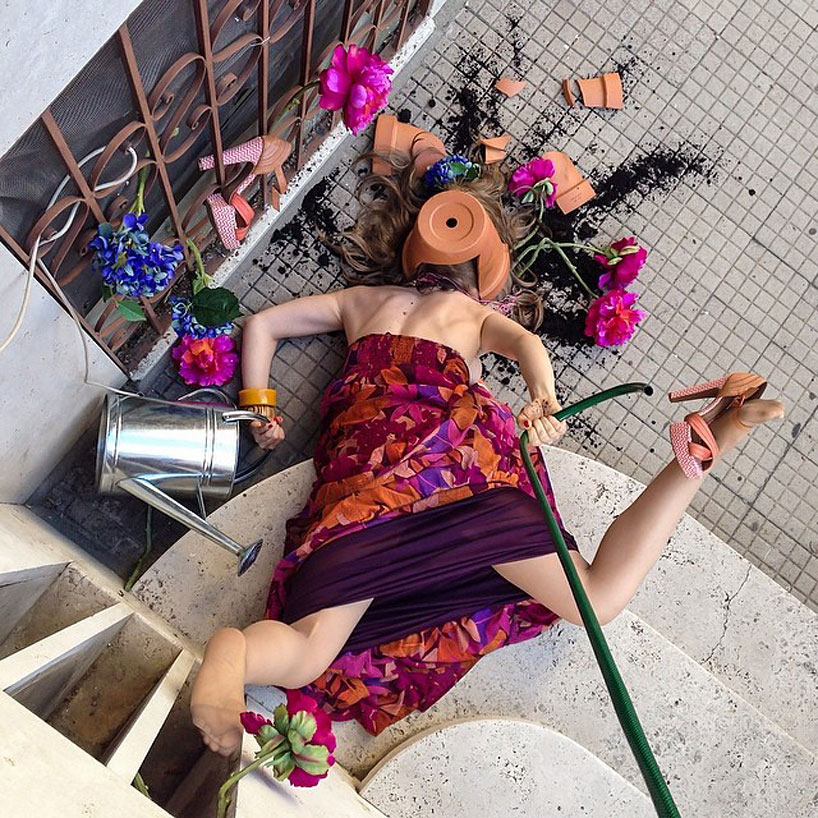 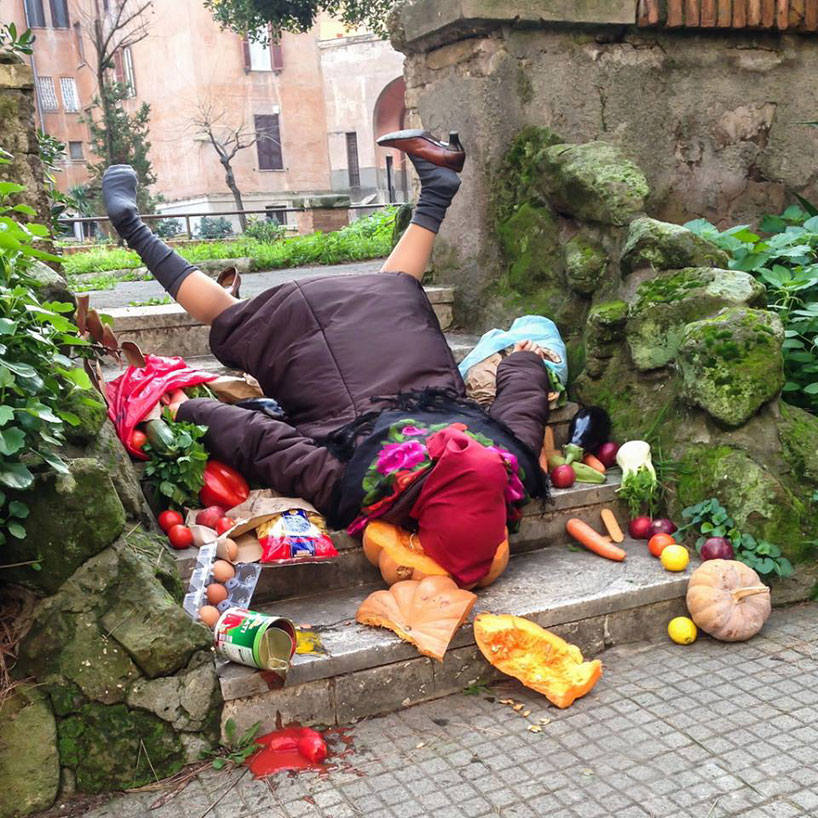 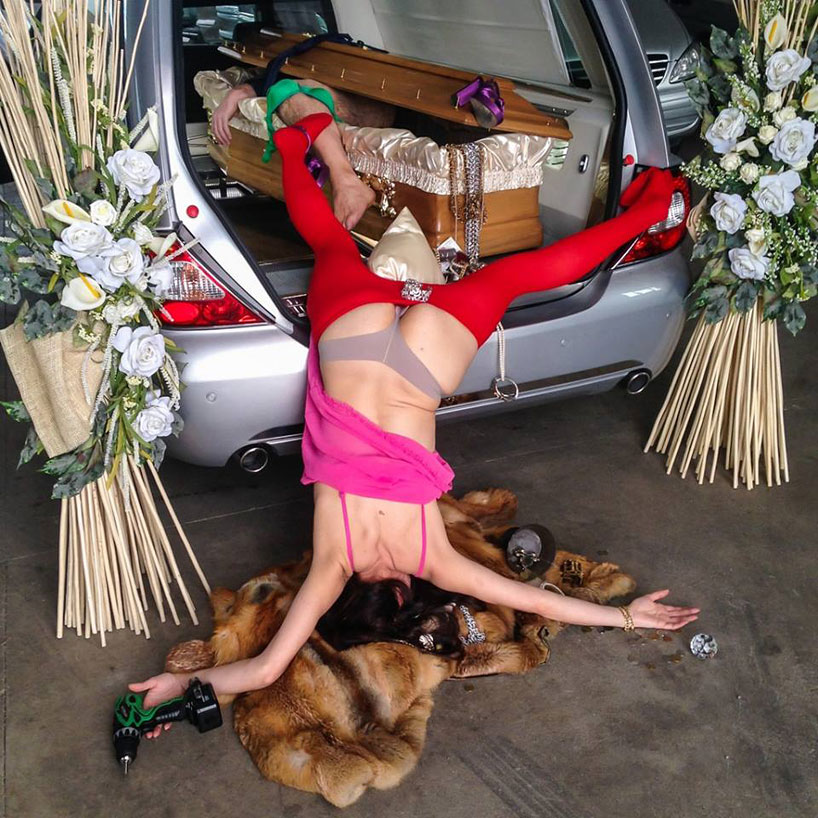 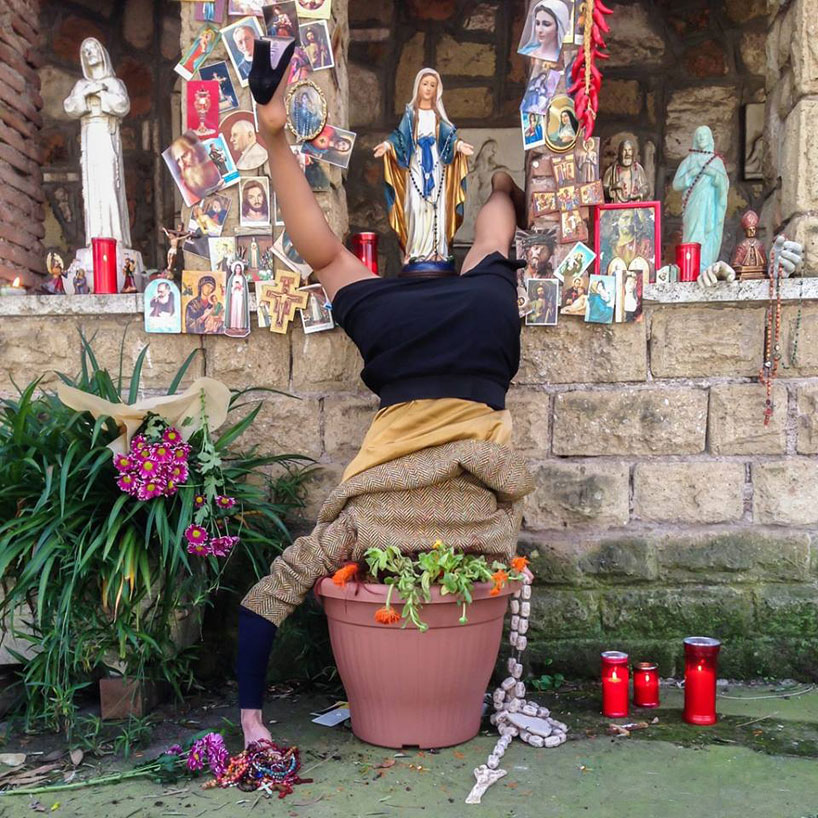 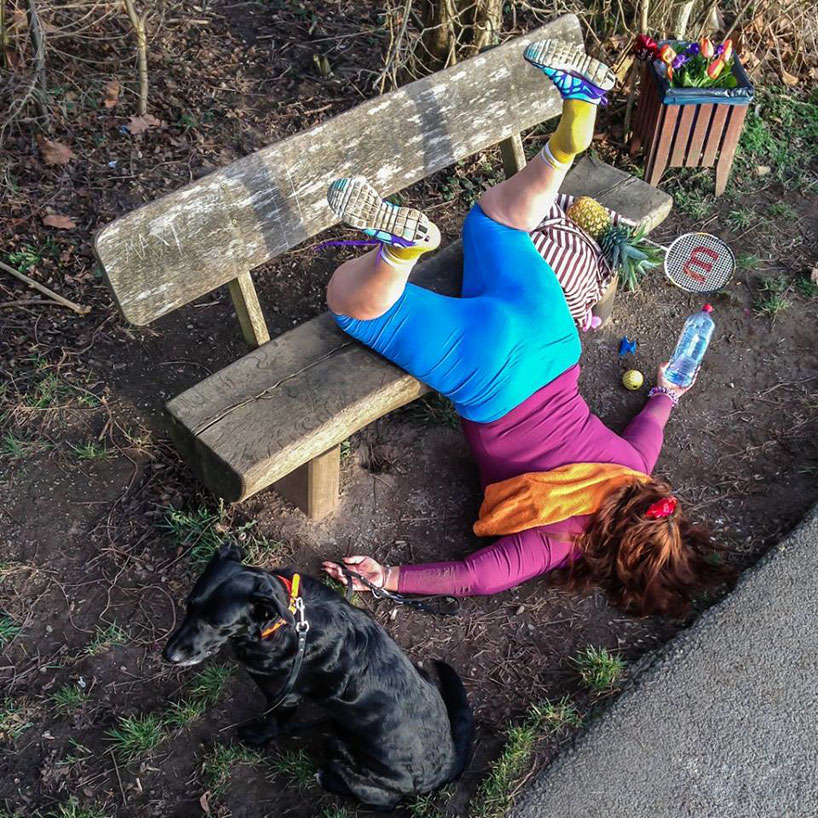 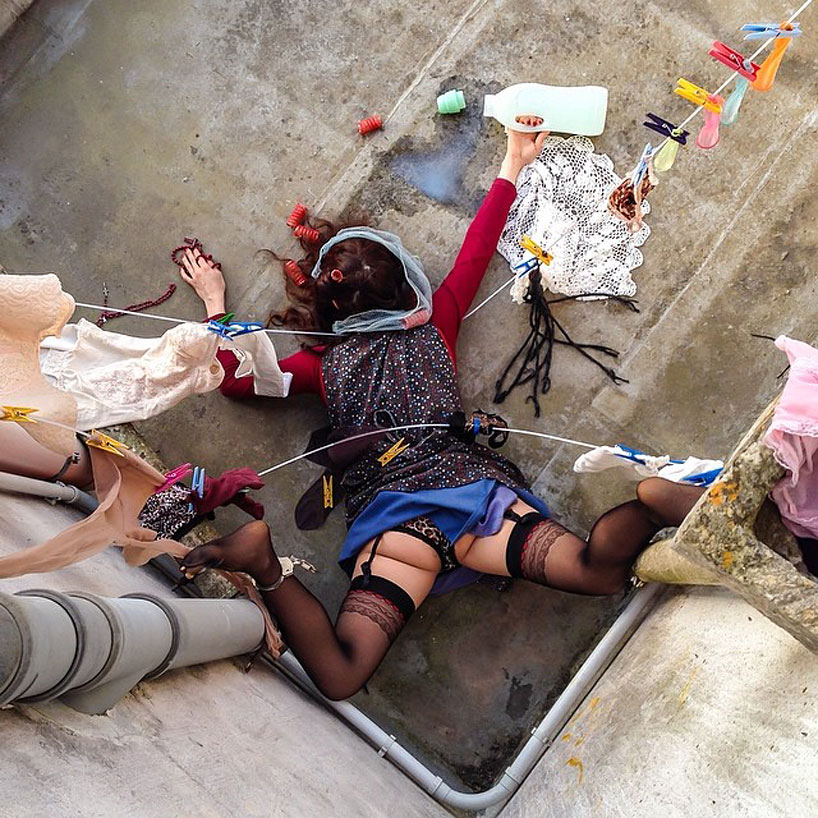 ‘i panni sporchi’ (the dirty clothes) 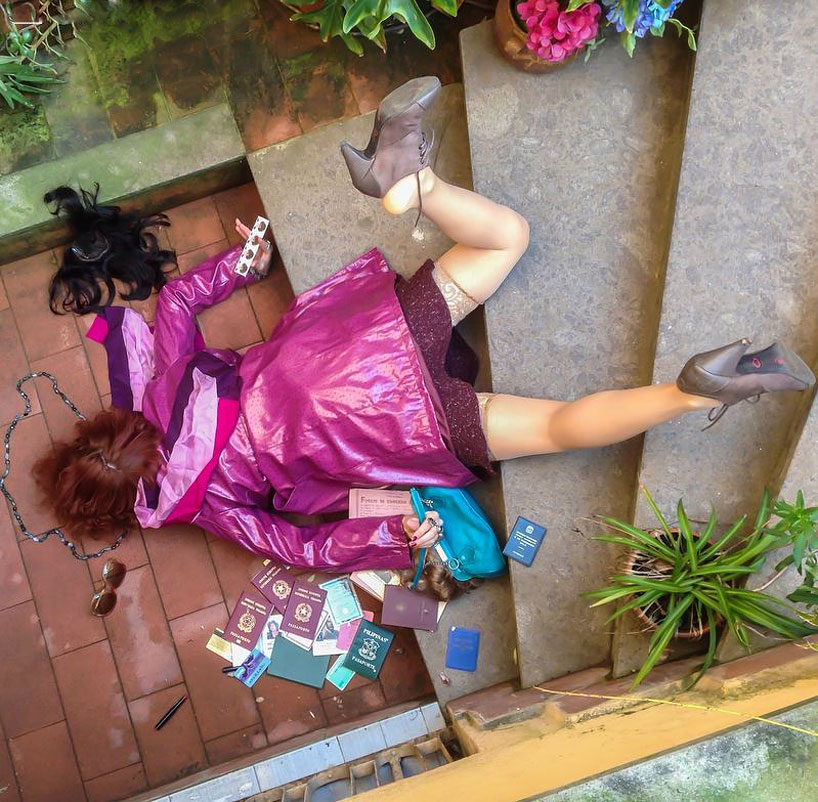 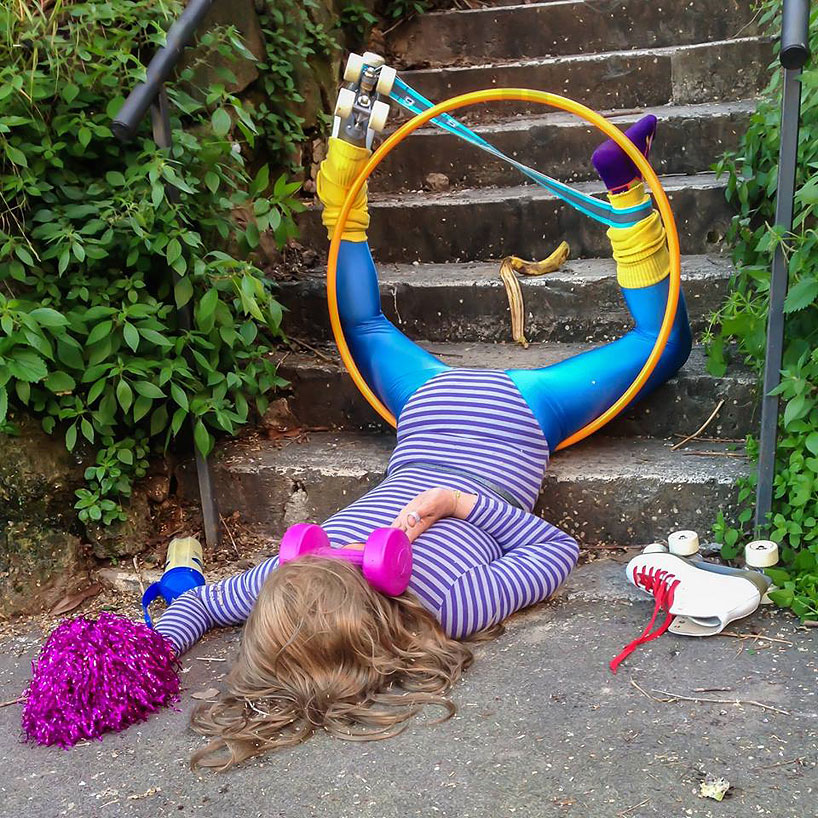 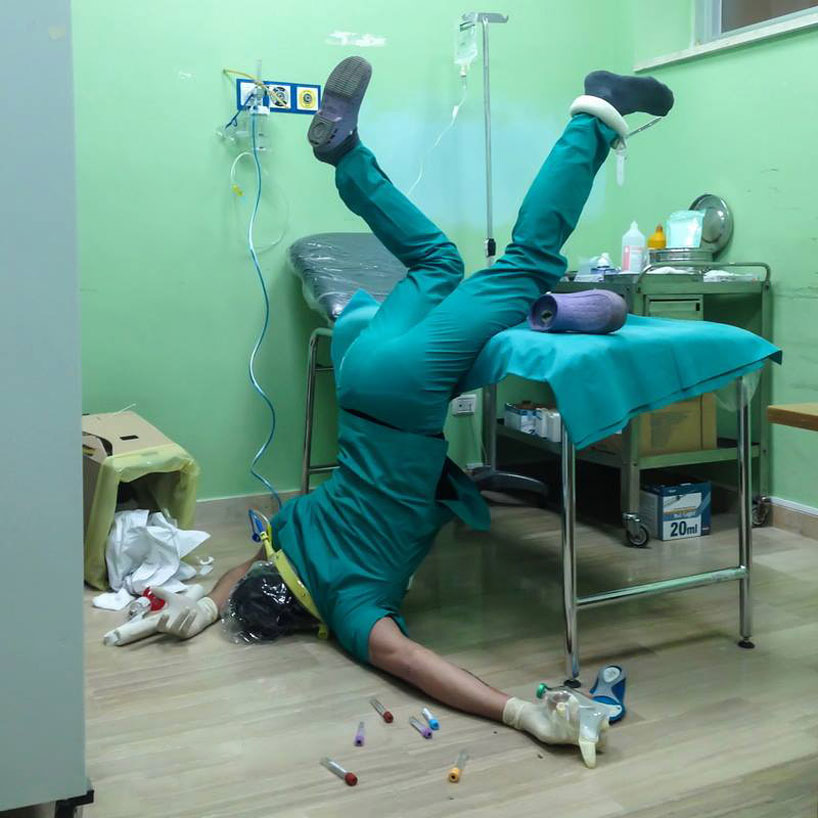