as part of bangkok art biennale, the work ‘across the universe and beyond’ by sanitas studio is a site-specific art installation at khao mor, wat arun. the play of space and light makes the viewer aware of self as each step taken inside the enclosure needs to go with care. in between states of permanence, ephemeral and nothingness, this masterfully executed piece reminds us of how small we are in this universe. 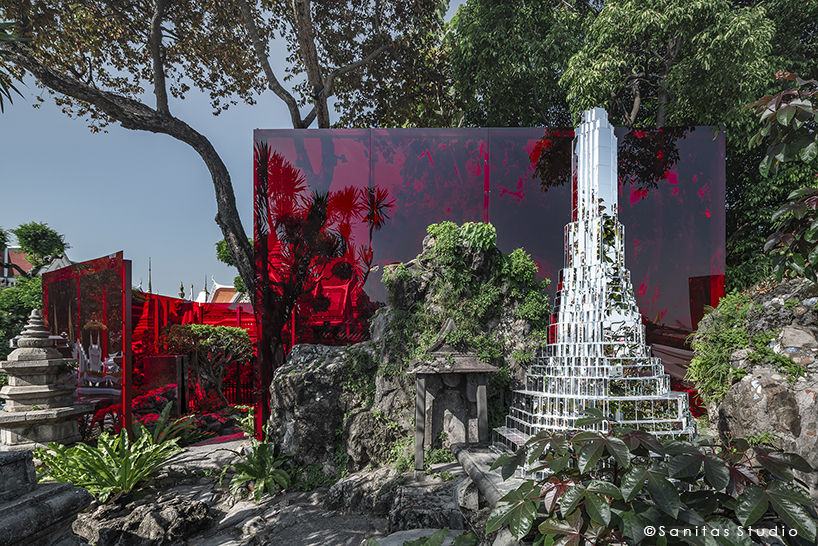 ‘khao mo’ is a replica mountain, an imitation of nature created in the living environment of humans. the first of its kind came into existence in thailand in the ayutthaya period. the khao mo at wat arun (temple of the dawn) was originally built in the reign of king rama ii at the grand palace in bangkok and was relocated to the front of the temple to its north following the command of king rama iii. with reference to the buddhist cosmology, khao mo represents the himmaphan, the forest where all living creatures repeat their cycle of birth and death, as told in the story of tribhumi. 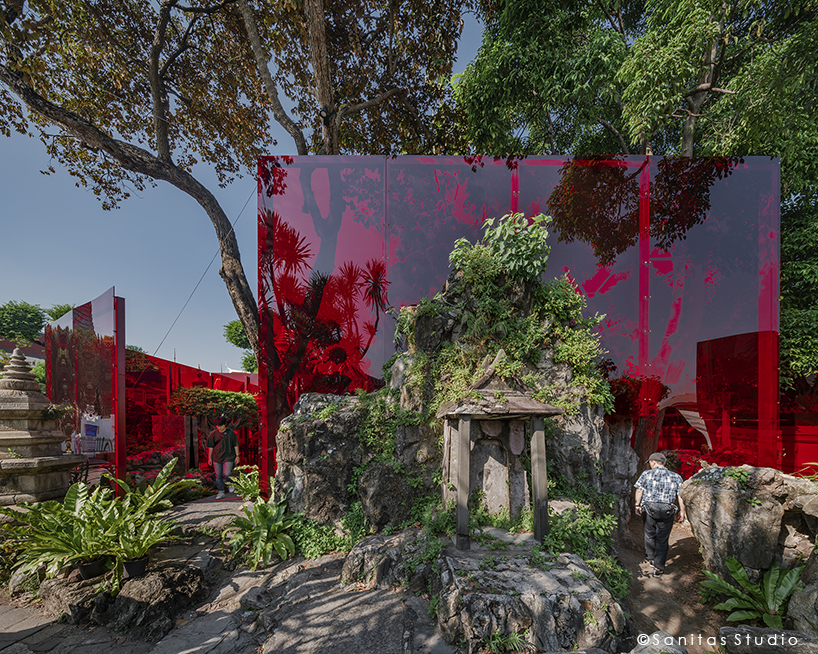 one of the buddhist chants in the tribhumi is the lokavidu (โลกะวิทู), which celebrates the enlightenment of the buddha. in the buddha’s time, the term ‘lokavidu’, which means ‘knower of the cosmos,’ refers to the buddha’s enlightenment about the khandha-loka (ขันธโลก), or the world of aggregates, which focuses on the inner world, or the self, instead of the outer world, both of which experience endless births and deaths. like birth and death take place in the himmaphan that is replicated as khao mo, the artists’ attempt is to convey a new interpretation of lokavidu and open up a space where people can become aware of and reflect on their thoughts. this installation invites people in for an exploration, to take a journey from the world outside to the space inside and look within rather than out of themselves. 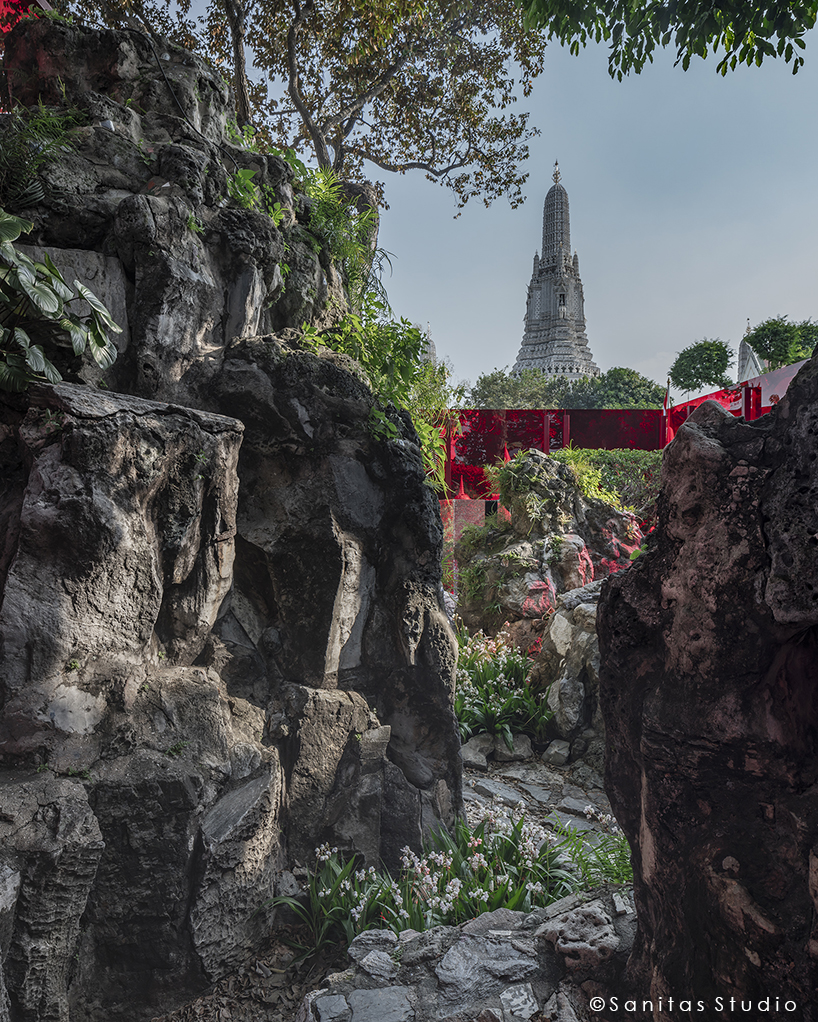 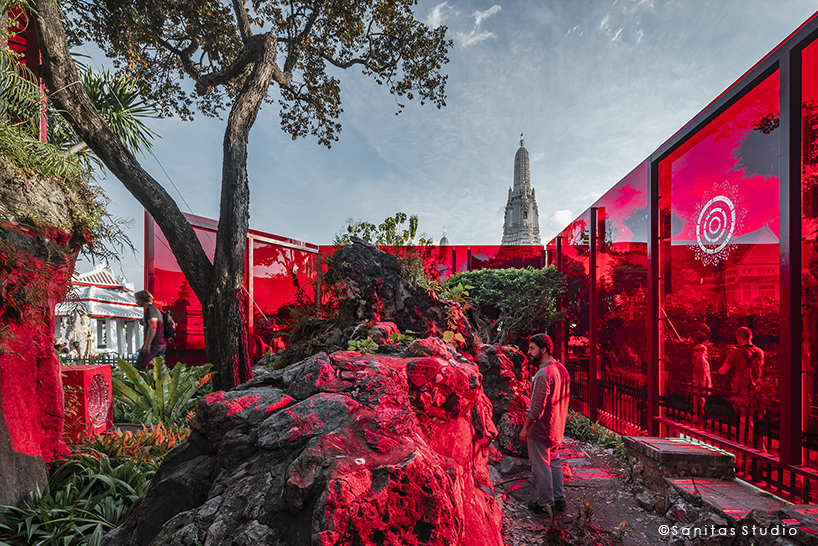 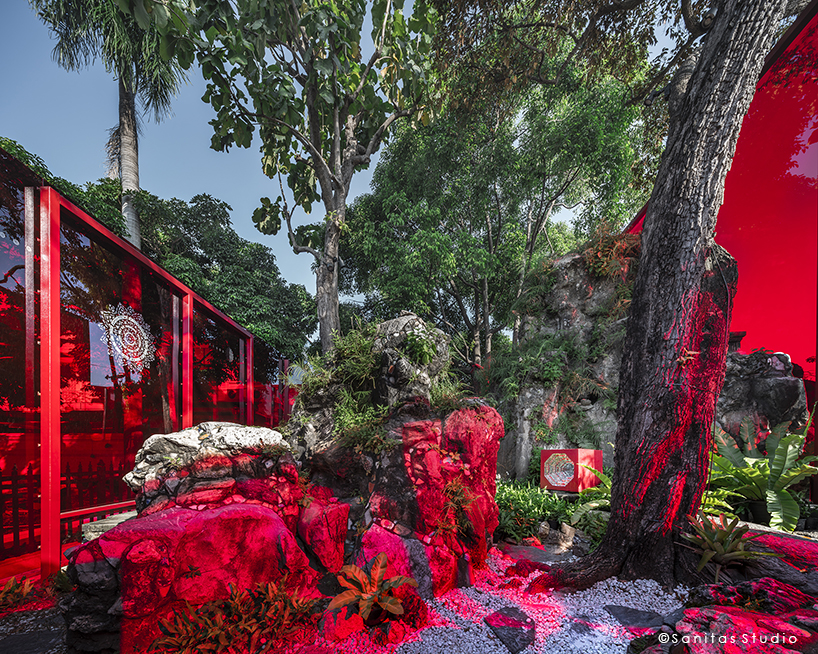 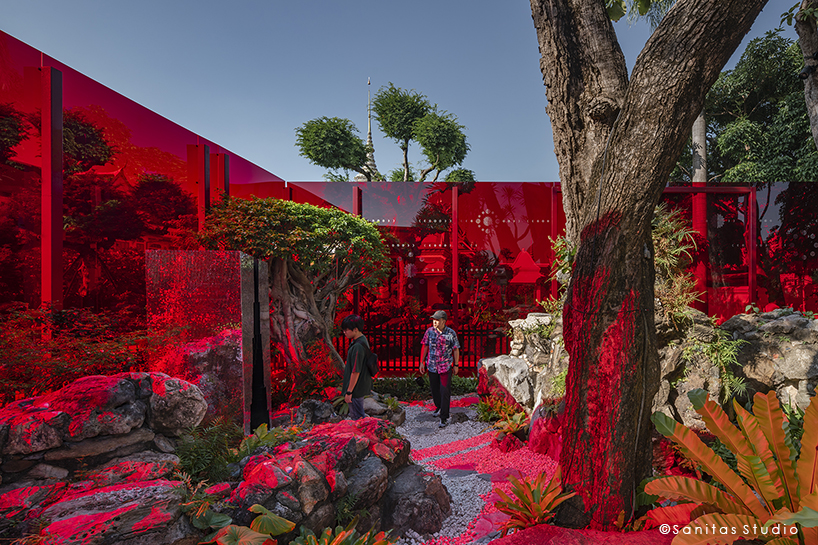 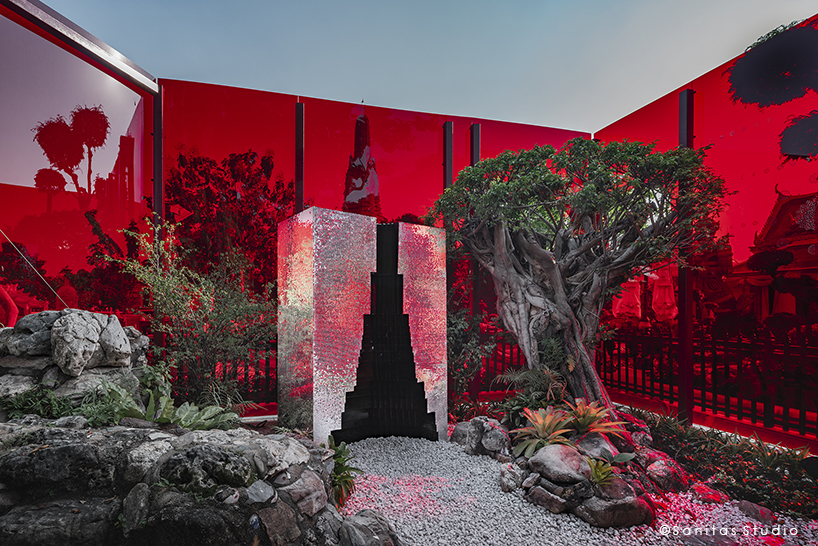 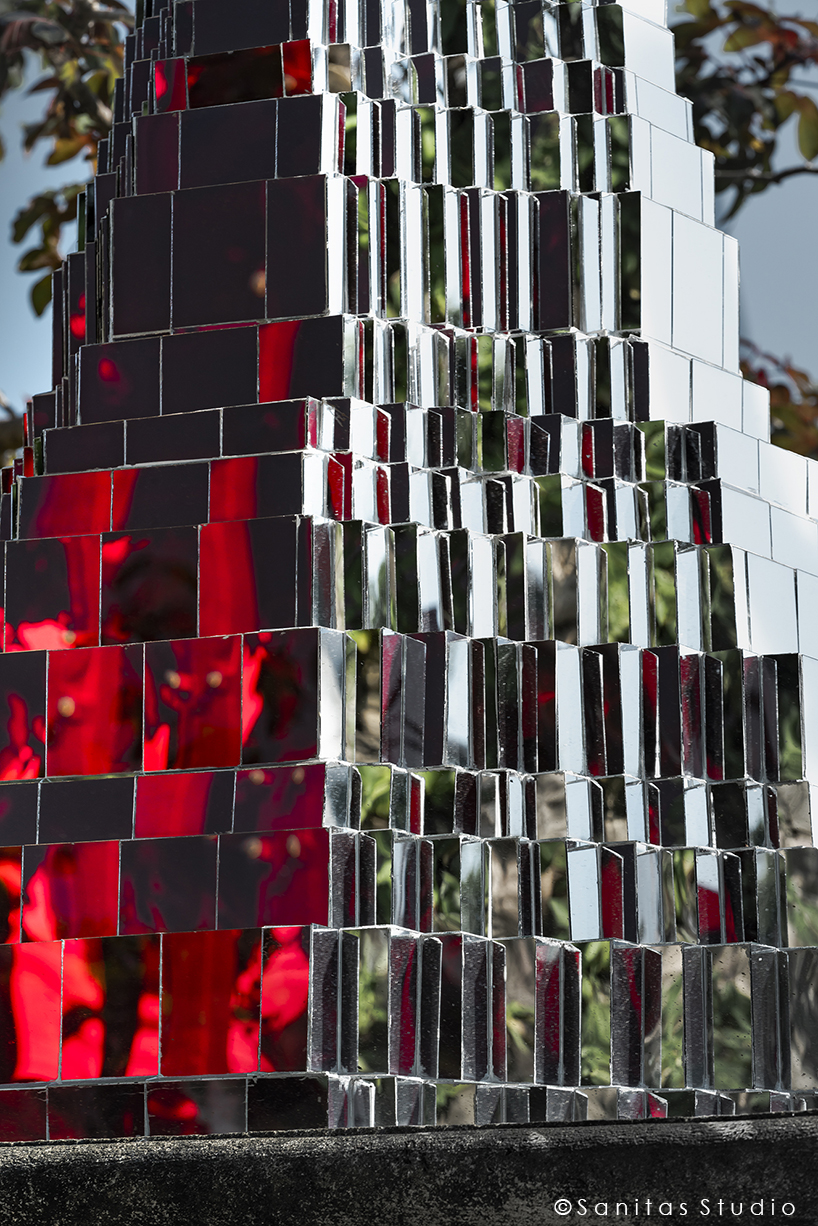 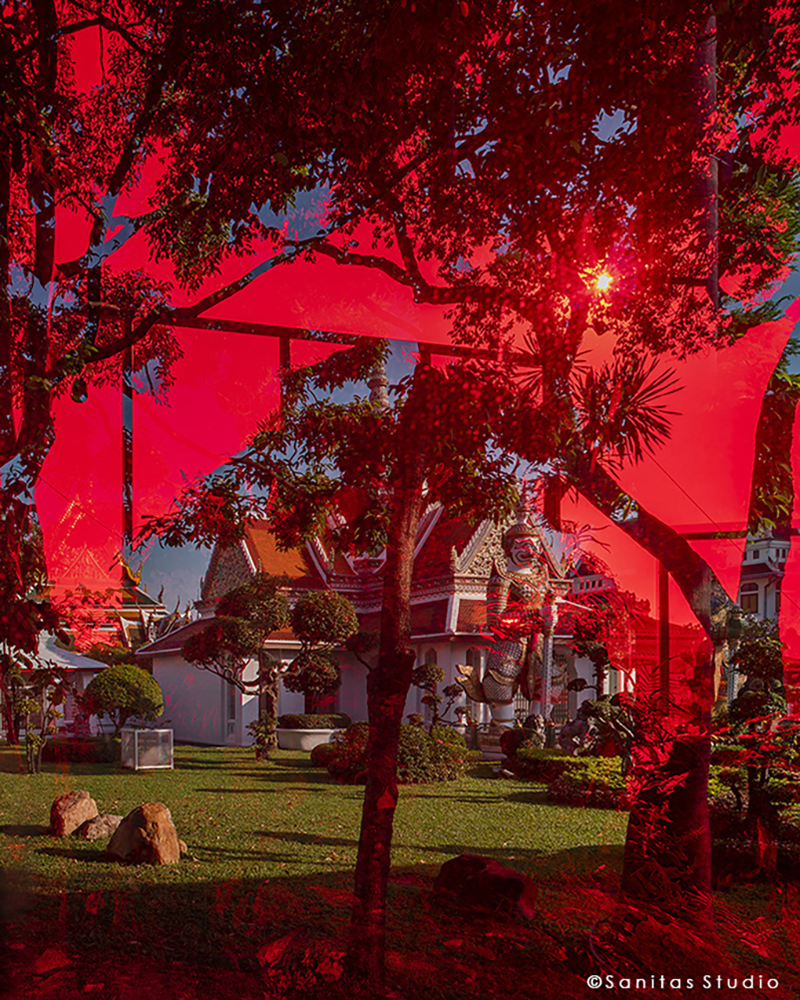 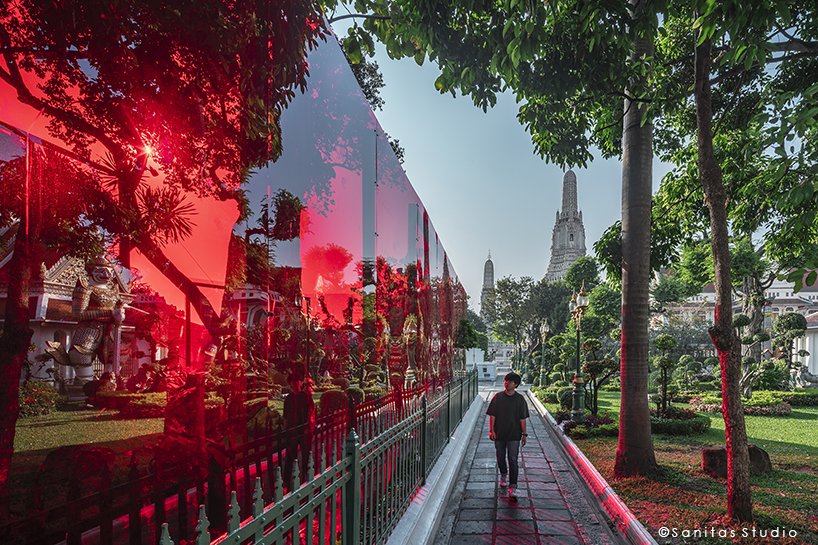 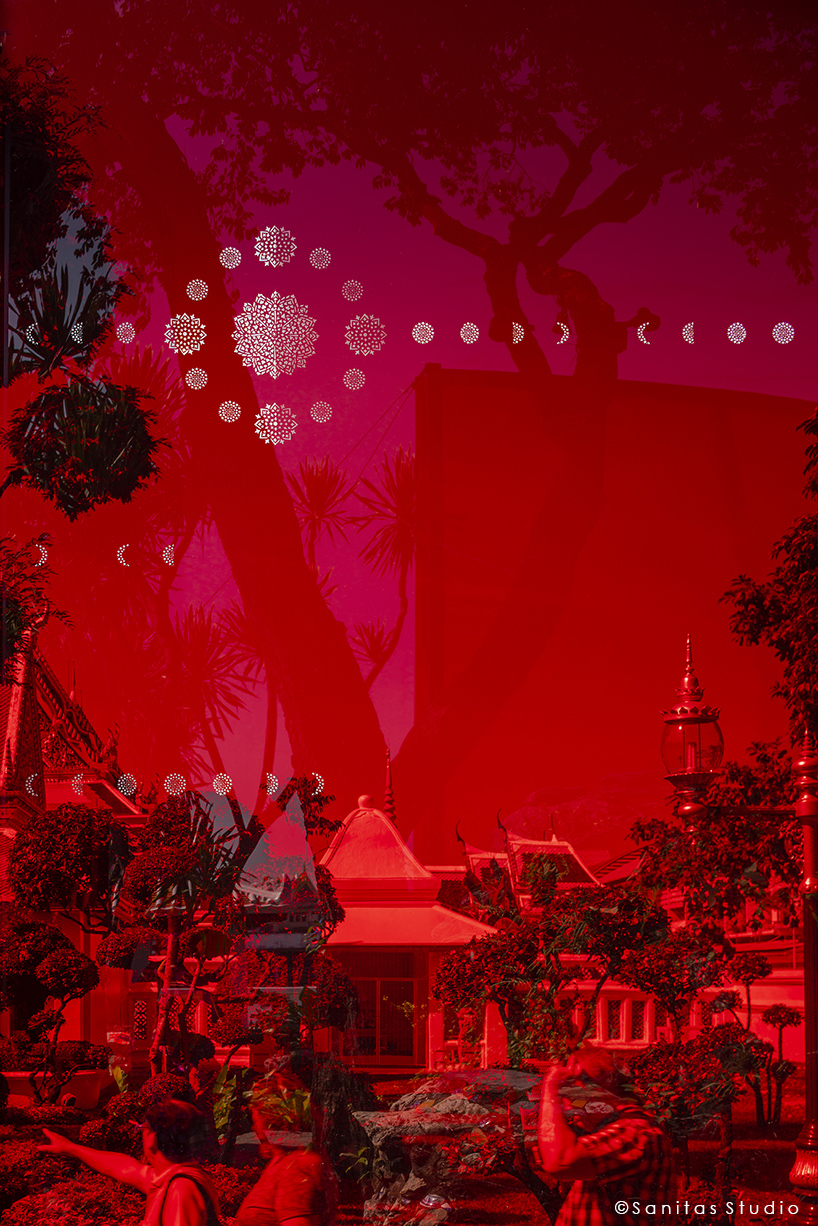 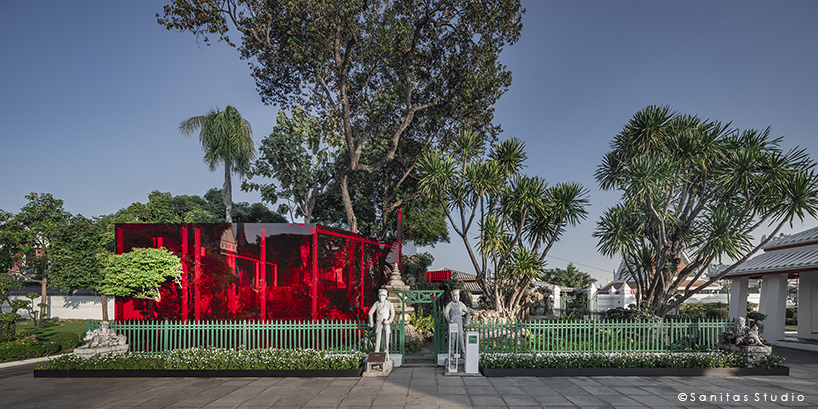 name: across the universe and beyond