designer’s own words: there was a time when I mistakenly believed that my parents were well-off, but pretended to be otherwise in hoping that I would grow up modestly. how wrong I was? in truth they are quite poor. plus I turned out to be a snob. ‘ early morning life’, is an animated film told through the eyes of a stuck-up middle class son about his parents’ poor childhood, their hidden ambitions and how they escaped from the harsh reality of life. emphasizing the fact that ‘class strata’ exist even in a family institution, the film’s visual style is taken from neon-paintings that are commonly seen in souvenir shops and usually considered ‘low’ art.

dayglo paintings are commonly seen in souvenir shops and considered kitsch. this particular style of painting usually portrays the landscape of the rural area and agricultural lifestyle in bright neon colors.

the combination between animation, motion graphic, and sound is set in an extremely slow pace. the focus is also to explore different style of animated film. in this case, the environment or the set plays the most important role for the film. therefore, the movement of the animated characters are mostly minimized and composed in a similar way to tableau vivant style. the film is a critic on modern thai society where the gap between the rich and the poor is extremely vast. this results in everything from politics, lifestyle, culture, or even in a family institution. using cutout animation technique, the making of animation involves extensive paper set designs created from different materials such as paper, fabrics, acrylic etc. 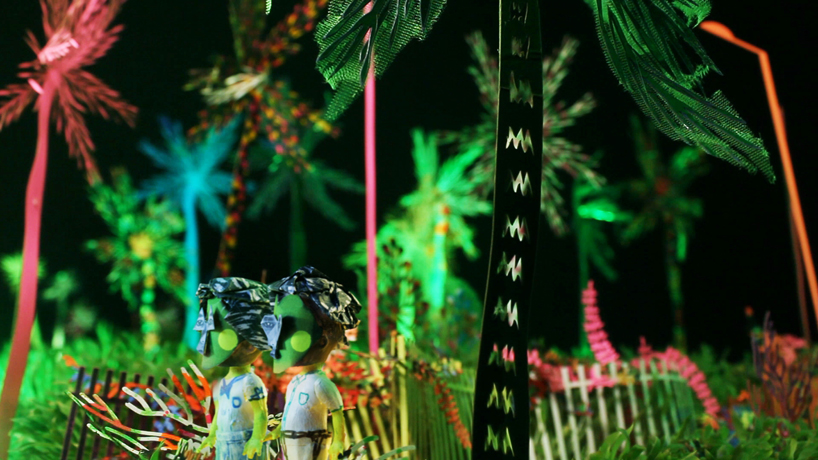 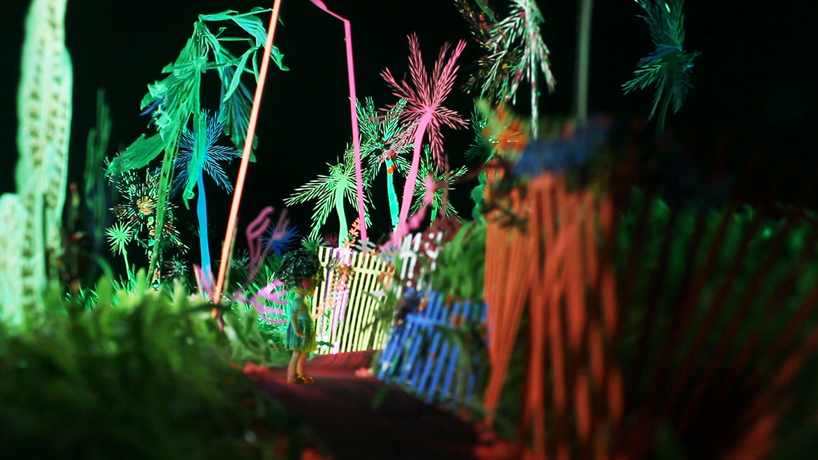 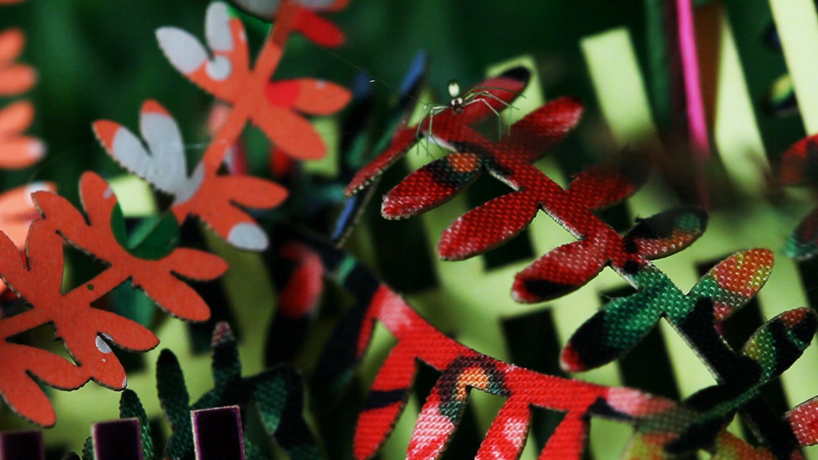 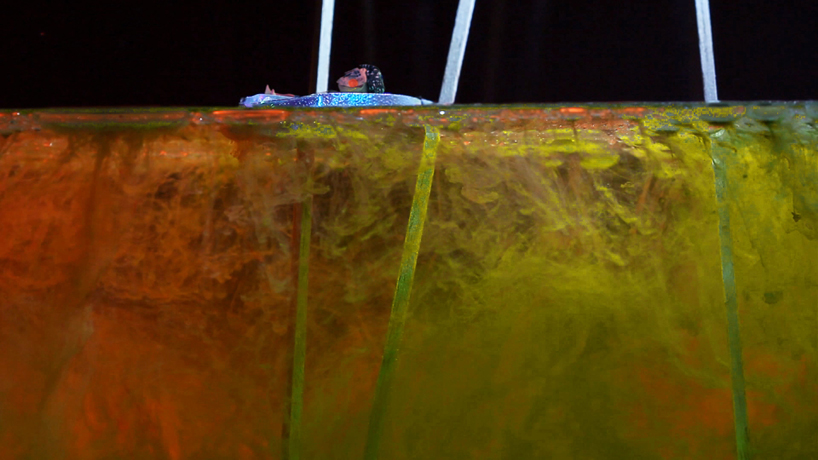 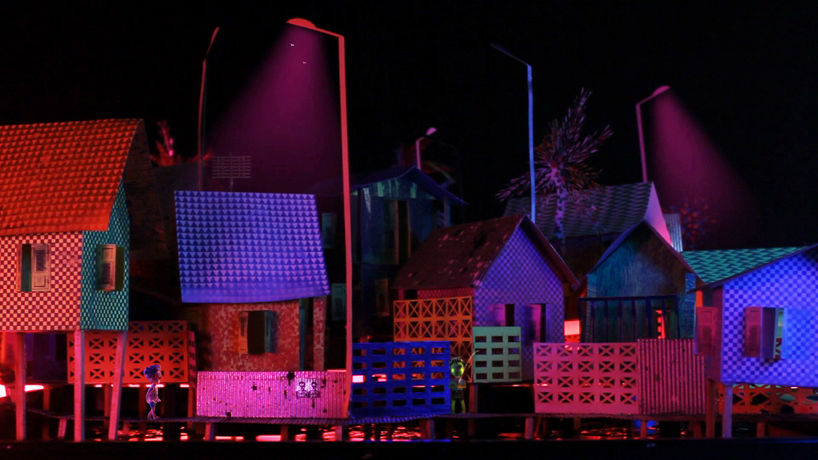 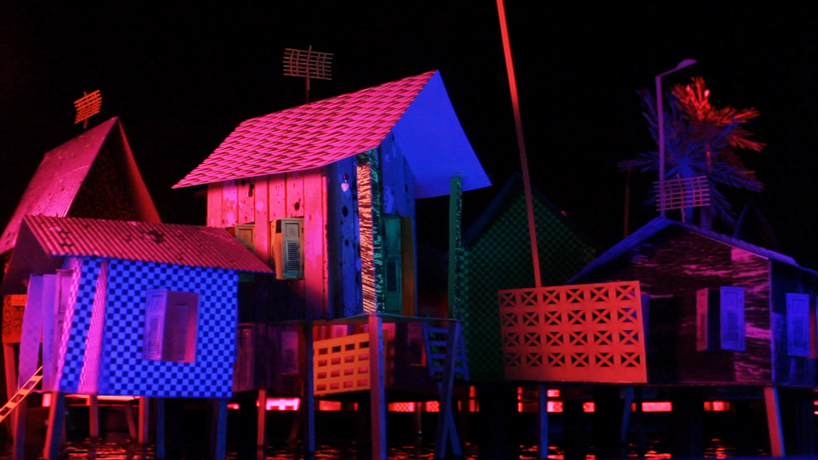 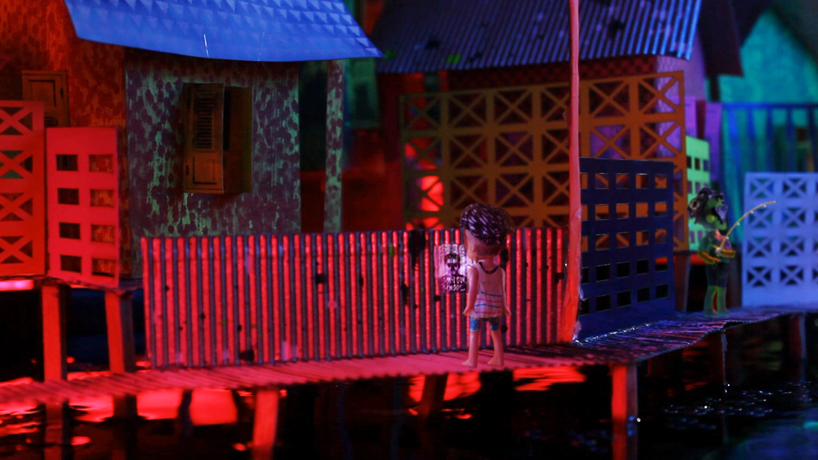 paper cut out elements that were used within the animation the making of the paper cut outs

paper cut out houses and flora