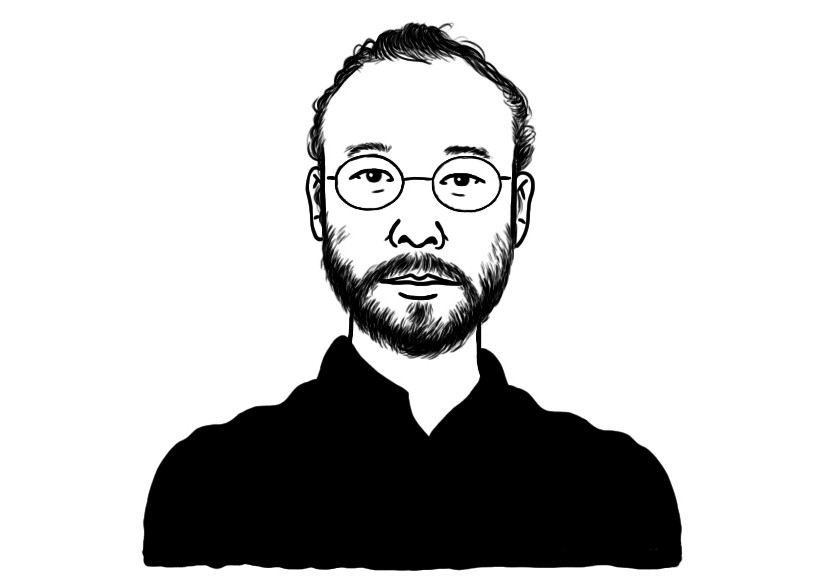 satoshi hashimoto is a yokohama-based illustrator best known for his simple and colourful editorial work for monocle magazine – with whom he has collaborated since the publication launched in 2007. he told designboom more about his work and hobbies. 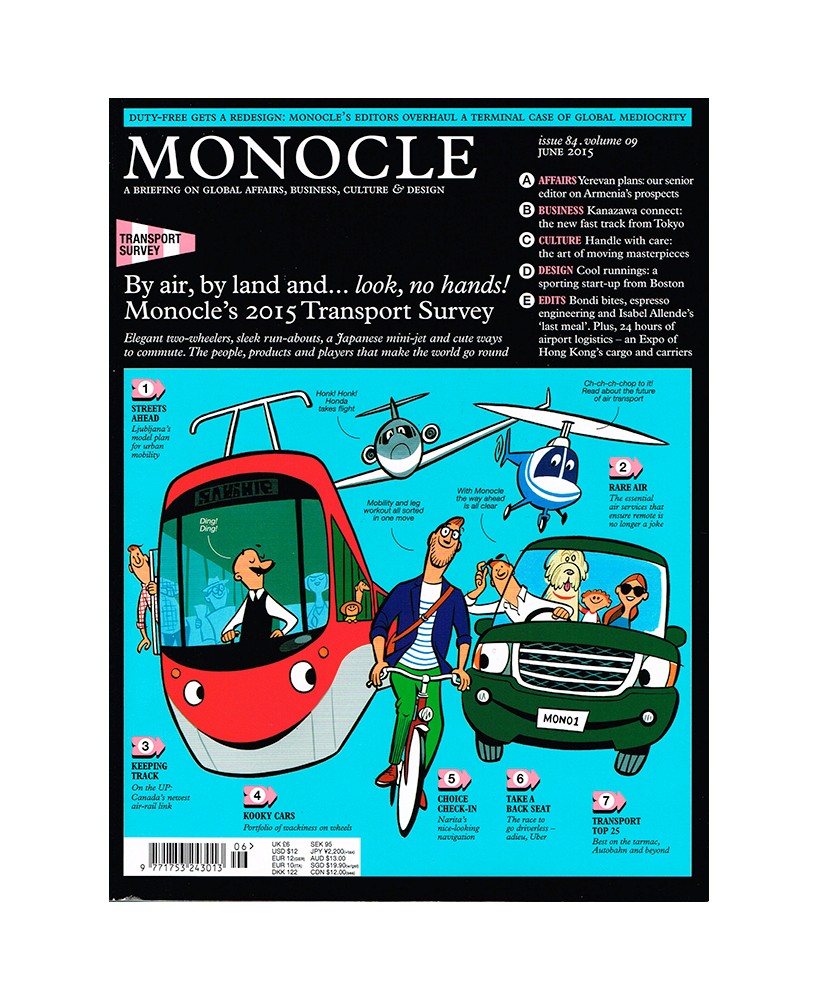 designboom: what originally made you want to become an illustrator?

satoshi hashimoto: I was born in 1971, in yokohama japan where I still live and work today. for as long as I can remember I’ve always enjoyed painting and drawing. when I was a child, my grandmother who I lived with, would gather calendars, flyers and wrapping paper – anything with a plain white side, so that I could paint on them. I’d paint and draw all kinds of stuff, copying cartoon characters or designing original characters of my own. my father was an office worker but he also loved painting and would attend oil painting classes as a hobby. during the years I was at elementary school I would go with him to the same class, so I studied oil painting and engraving from a young age.

after graduating from high school I studied graphic design and photography at a design college and then went on to work as the assistant of an illustrator. after a few years I left to start teaching art and design at high school level and did that for four years until I became a freelance illustrator in 1995. 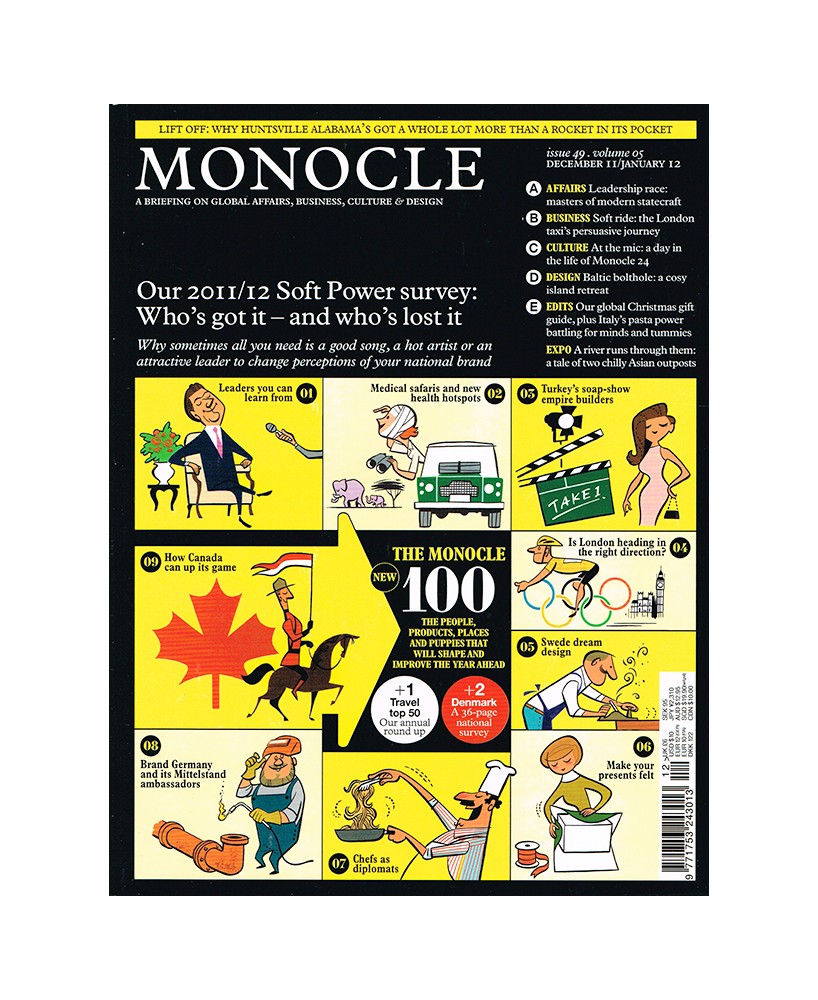 DB: how did you make the jump to working freelance full-time?

SH: during the school holidays I took my illustrations to a publishing companies and an advertising agencies to see what they thought. little by little commissions arrived until eventually I had enough work to quit and work as an illustrator full-time. 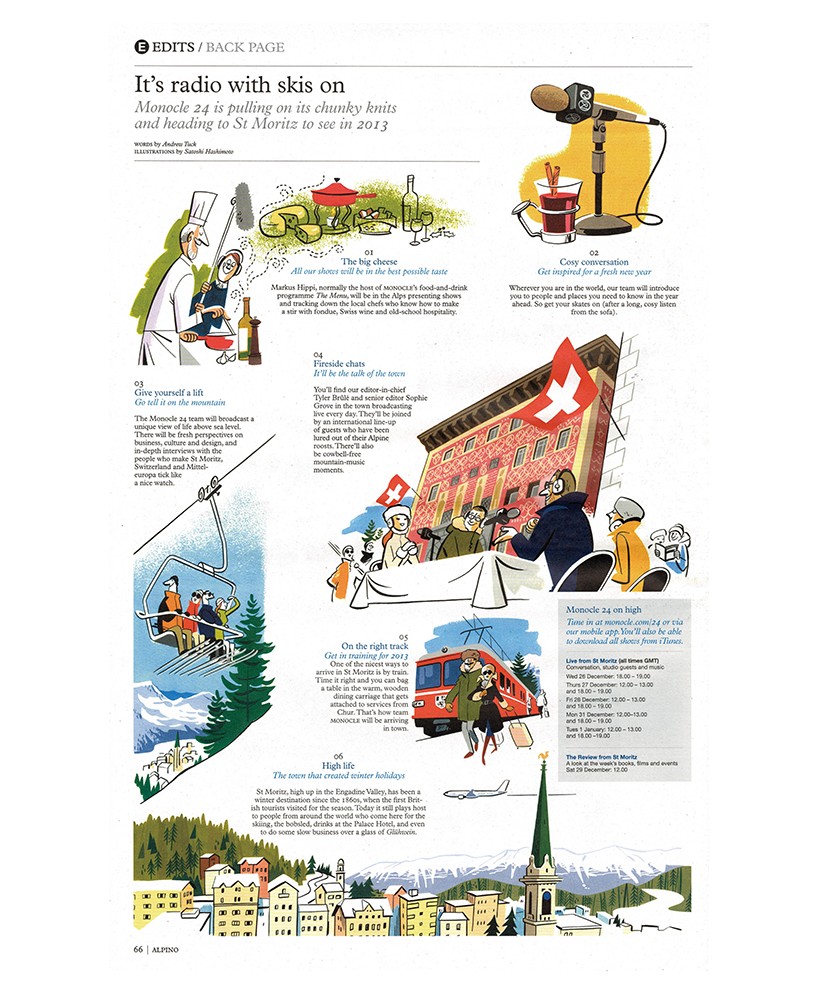 SH: I always make a conscious effort to express an idea in an understandable way. the basis of of illustration is this – to illustrate. so, clear communication comes first and then I add some essence of style and nostalgia, etc. into the piece. 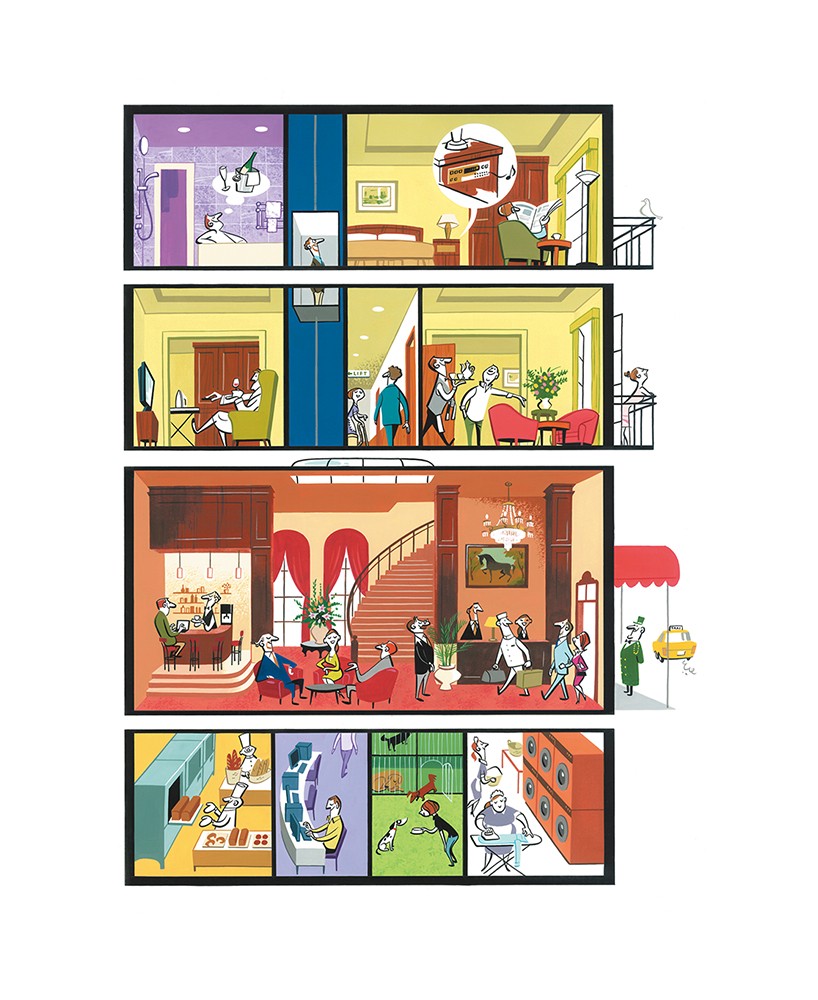 SH: nowadays I draw easy and understandable illustrations but before becoming a freelance I would often be unsure of what was ‘my style’. in some cases I would do very complicated illustrations and long format pieces – more like graphic novels than anything else. expressing lots of emotion in a very detailed way.

then, one day I stumbled upon an illustrated english dictionary for children that had been published in 1950’s in the USA and it made a big impact on my approach. those illustrations were very simple and fun because they were made to explain the meaning of words easily to children. it became a massive influence on my work. 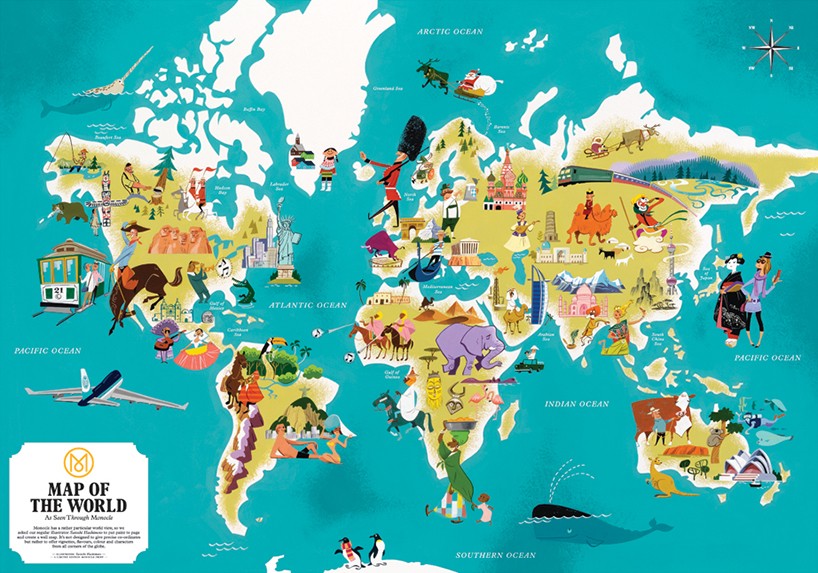 SH: perhaps painting flatly without the trace of any pencil work – but it is very basic skill so I don’t feel it too important to mention.

SH: I always use acrylic gouache for my illustrations. it is perfect for painting ‘flatly’. for the moment I am not really interested in pursuing other materials or techniques. 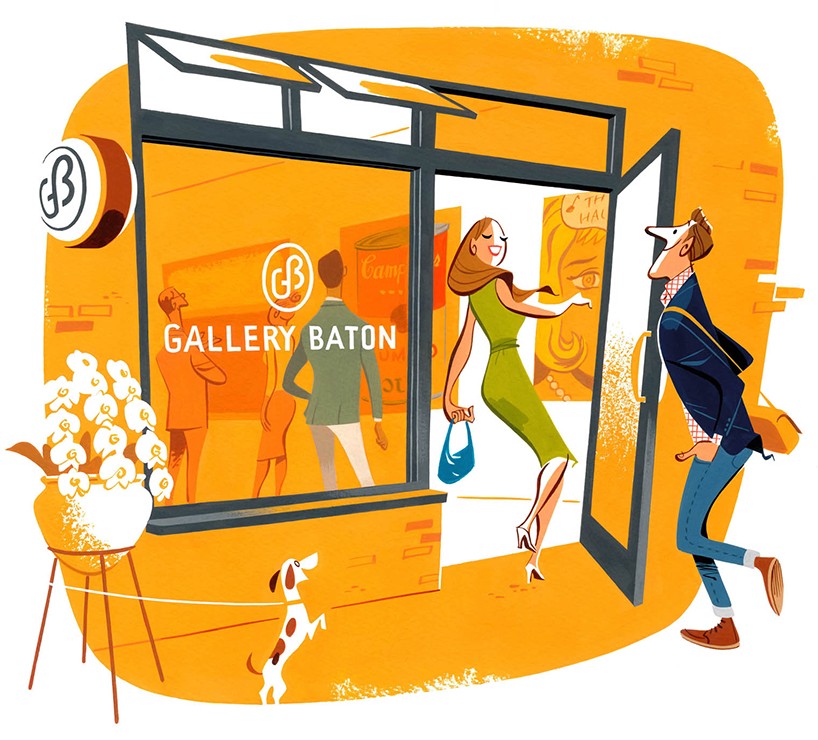 DB: how do you think online design resources (blogs, tutorials, forums etc.) have influenced the art being produced today?

SH: It’s hard for me to answer this question well, because I don’t often use them. 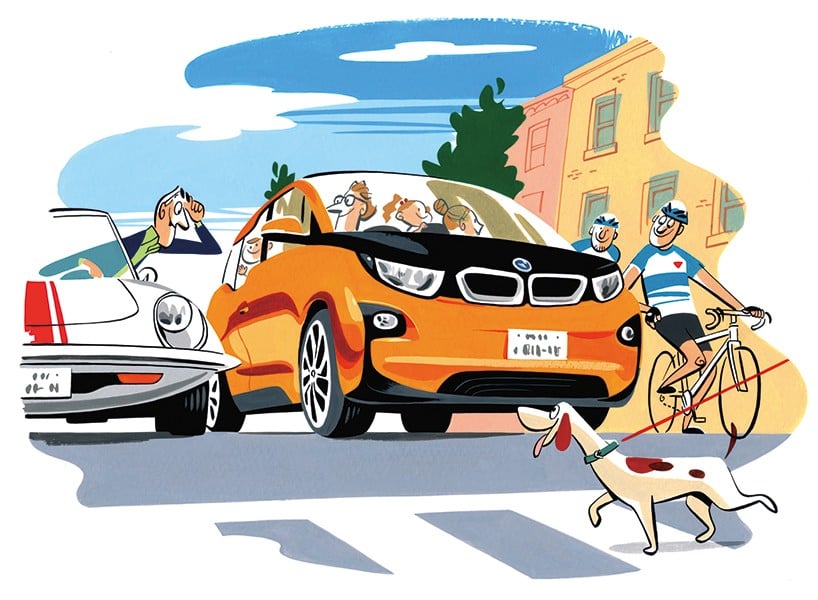 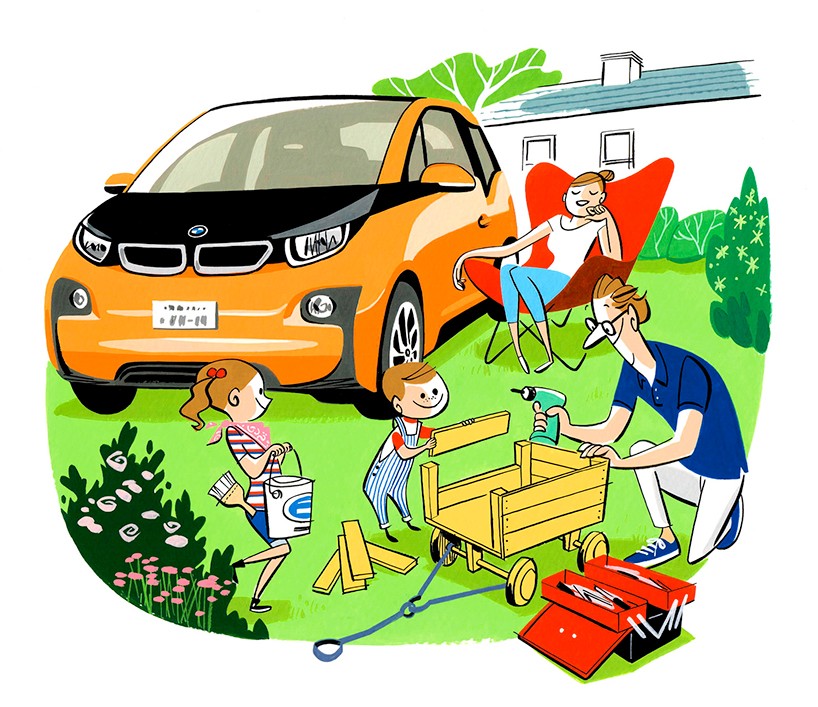 SH: motorbikes, hot spring baths and visiting as many places in japan as I can. I love to see historical architecture and cityscapes, and to know about our traditions and culture. I recently helped on a project to excavate and revive an old road built in kamakura period (13th century). 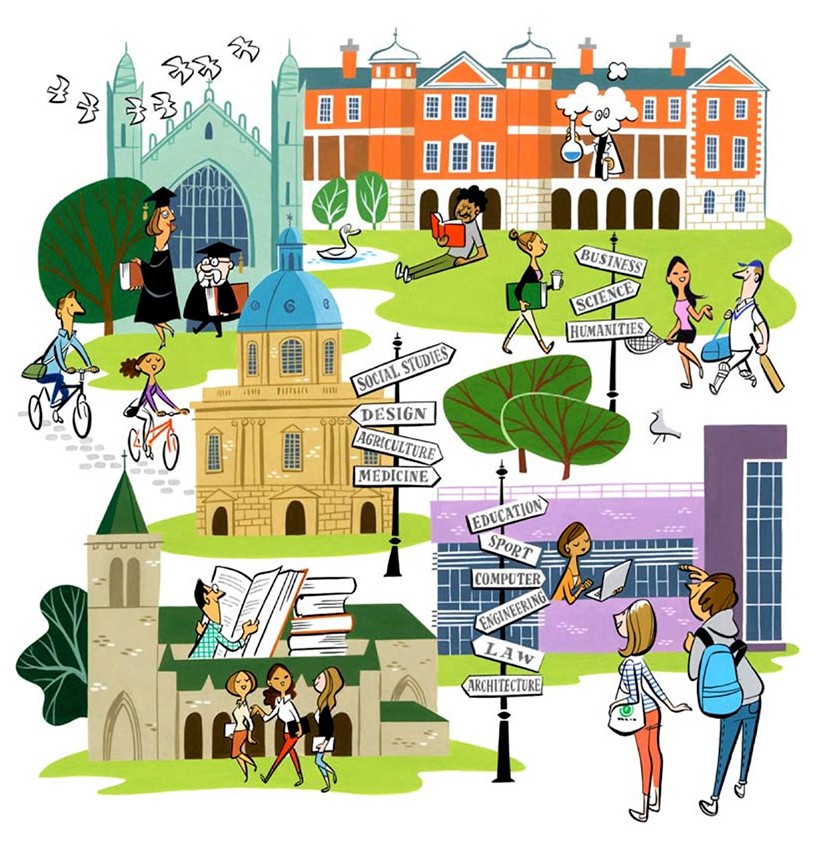 ‘make the right choice’ for the guardian