misha japanwala — a new york based artist and fashion designer — presents her collection ‘azaadi’ in an effort to reveal the struggles and violence endured by underprivileged pakistani women today. japanwala was raised in pakistan and, through the development of her narrative, questions the relationship between who she is and the place she is from. casts of japanwala’s own body both hybridize garment with sculpture and ‘highlight the strength of the women who weren’t afraid to fight to live on their own terms’. the design process can be followed on japanwala’s instagram @misha_japanwala. 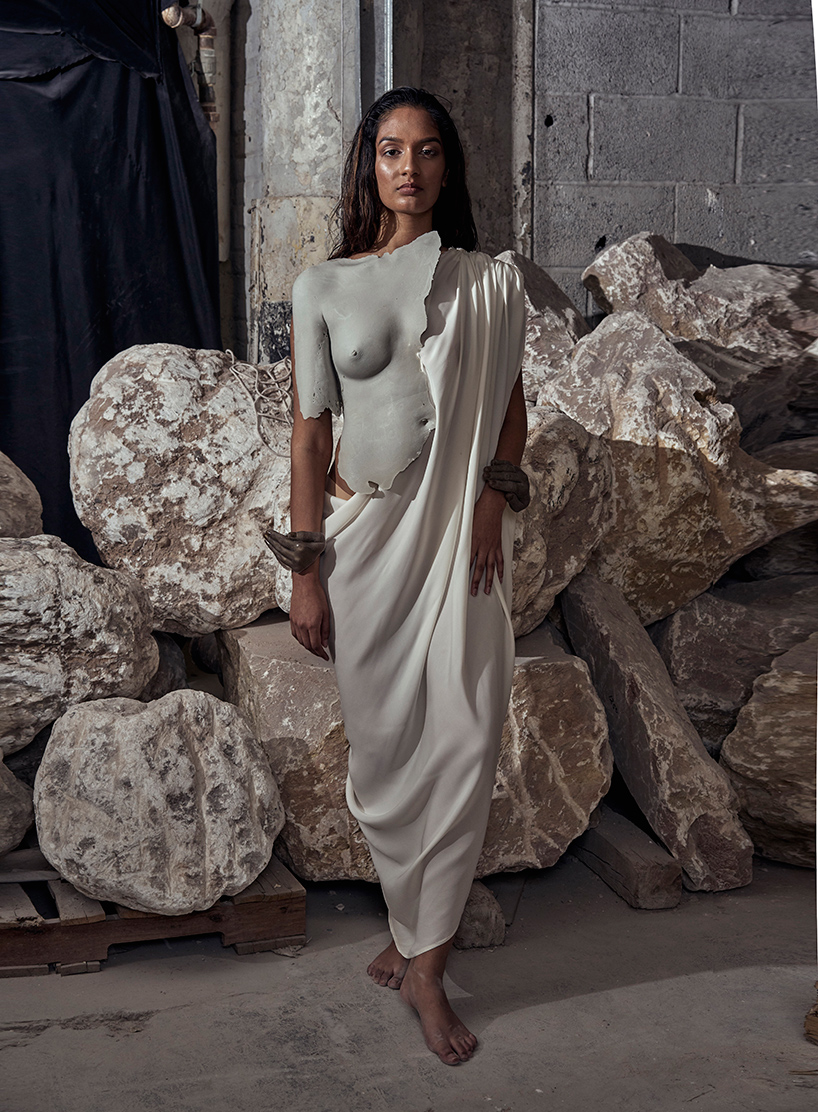 all images by teagan west and alec lesser

japanwala illustrates: ‘growing up in pakistan, it was not uncommon to see headlines about murders and brutal acts of violence against women plastered across the front pages of newspapers. my collection was inspired by honour killings in pakistan and by women like qandeel baloch, who were killed by family members because they believed the victim had brought dishonour upon the family or her community because of an action or decision she had made.’ 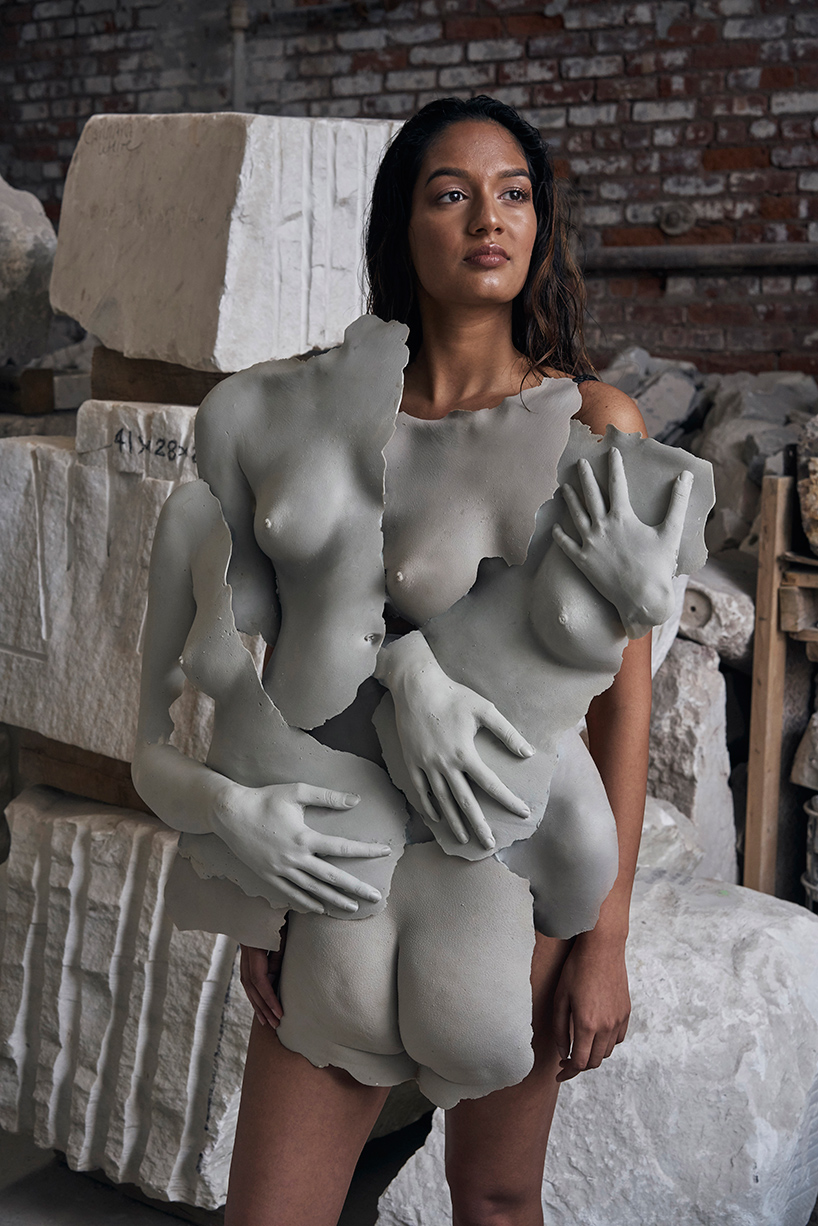 ‘women in pakistan have to live under the weight of a conservative and judgmental society’s expectations of how they should act, dress, and behave. they constantly have to consider what people will think or say before they do anything. the toxicity of worrying about the phrase ‘what will people say?’ lies in the reasons women hide their dreams and desires in a country like pakistan — not because they believe they have the right to privacy, but because they are terrified of what others will think and the repercussions that will have on society’s opinions of them and their families.’ 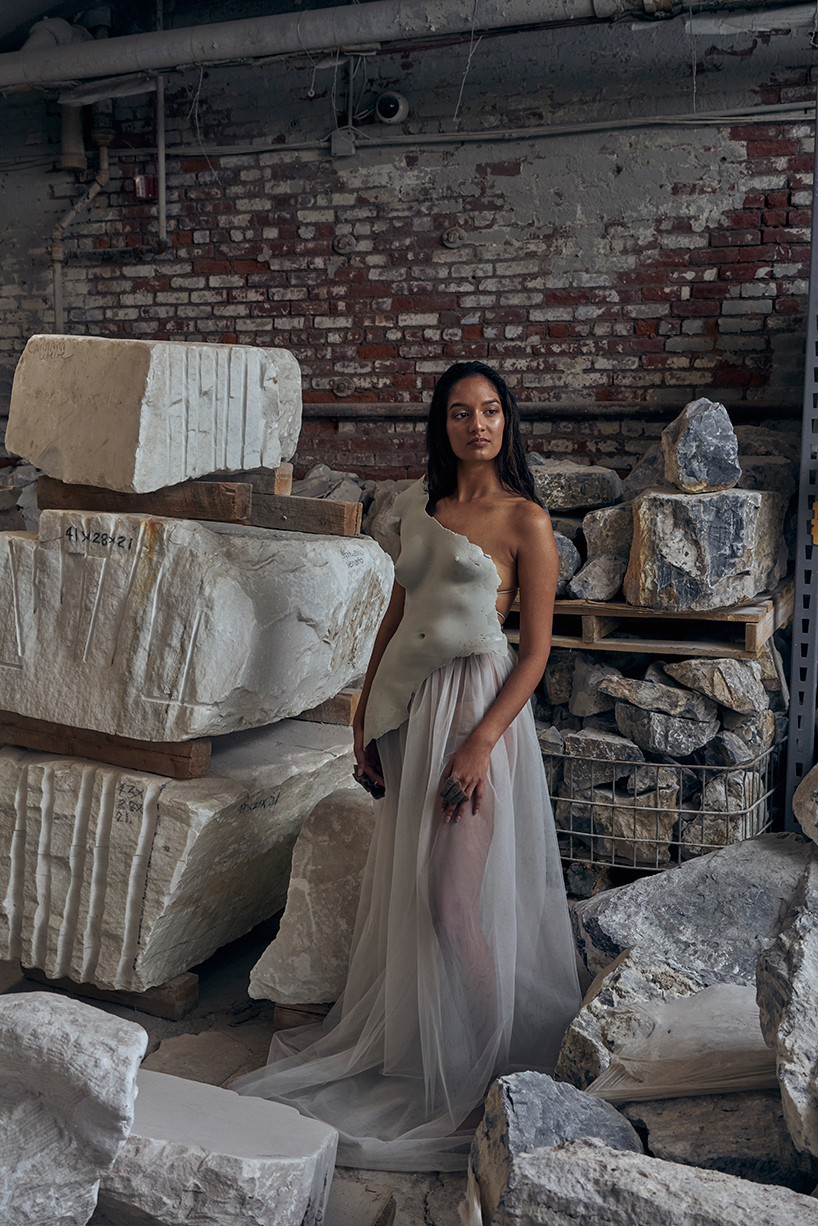 ‘I cast intimate parts of my own body for this collection, in an effort to expose what it means to be a pakistani woman. the female body was the perfect symbol to highlight the strength of the women who aren’t afraid to fight to live on their own terms, but also the fragility that comes with being an outspoken woman in pakistan. working on this project made me so grateful for the platform and the ability to talk about taboo subjects such as these, and it was for this reason that I felt it necessary to quite literally expose my identity and my womanhood, almost as though by doing so, my body could be used as a vessel for the women who are unable to speak for themselves. the accessories in the collection were created by casting the hands of pakistani women from underprivileged communities who shared their stories of domestic violence with me.’ 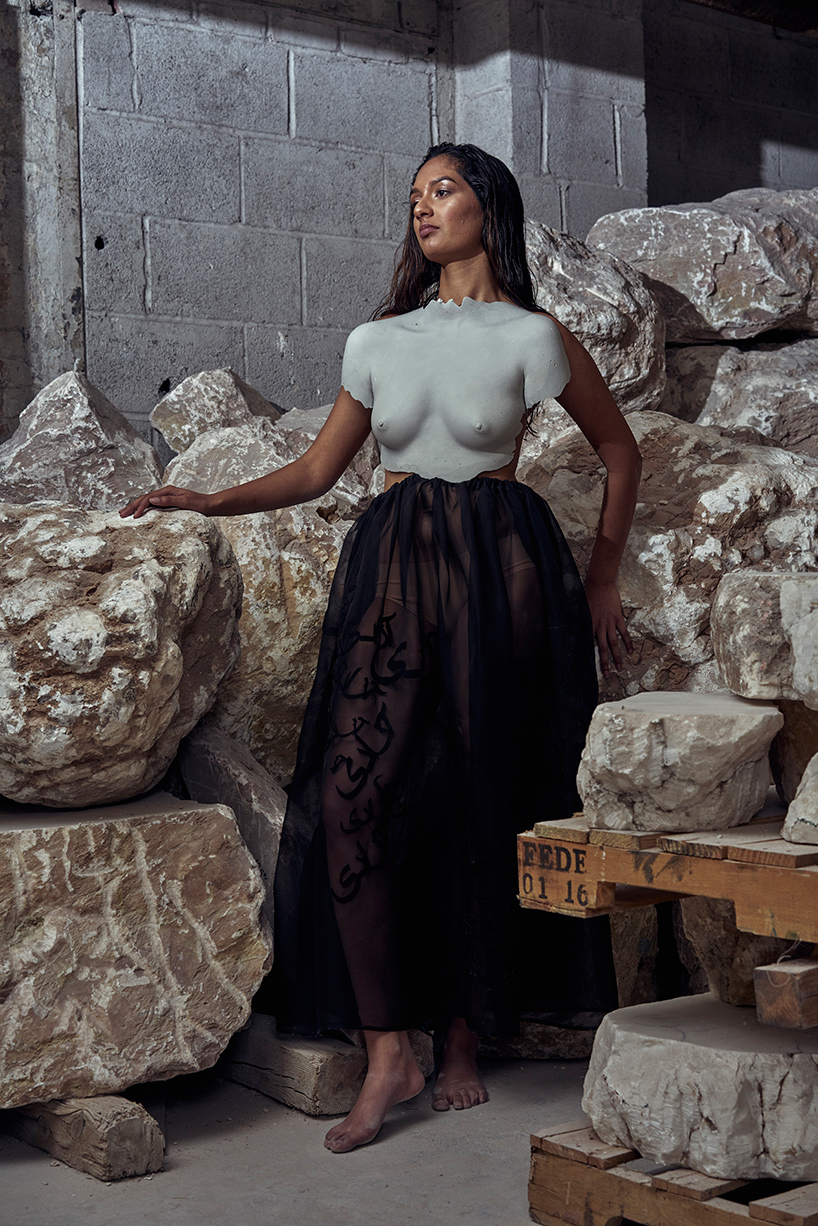 ‘the spirit of this collection lies in my journey of learning about the struggles and stories of domestic violence in the lives of underprivileged women and the communities that charged my thesis in its early stages, and reflecting upon that in my own experiences of growing up in pakistan. it is an homage to the strength and bravery of the women that continue to live their lives on their own terms, and the ones who fell trying to do so.’ 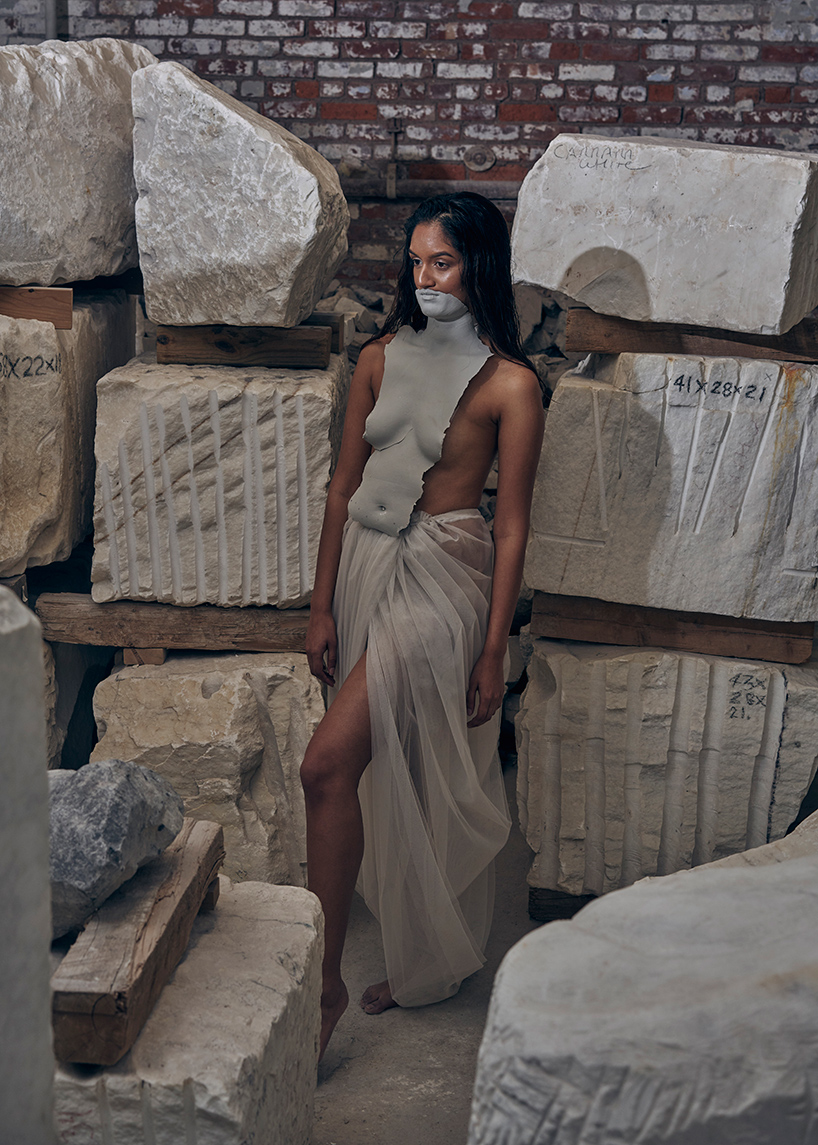 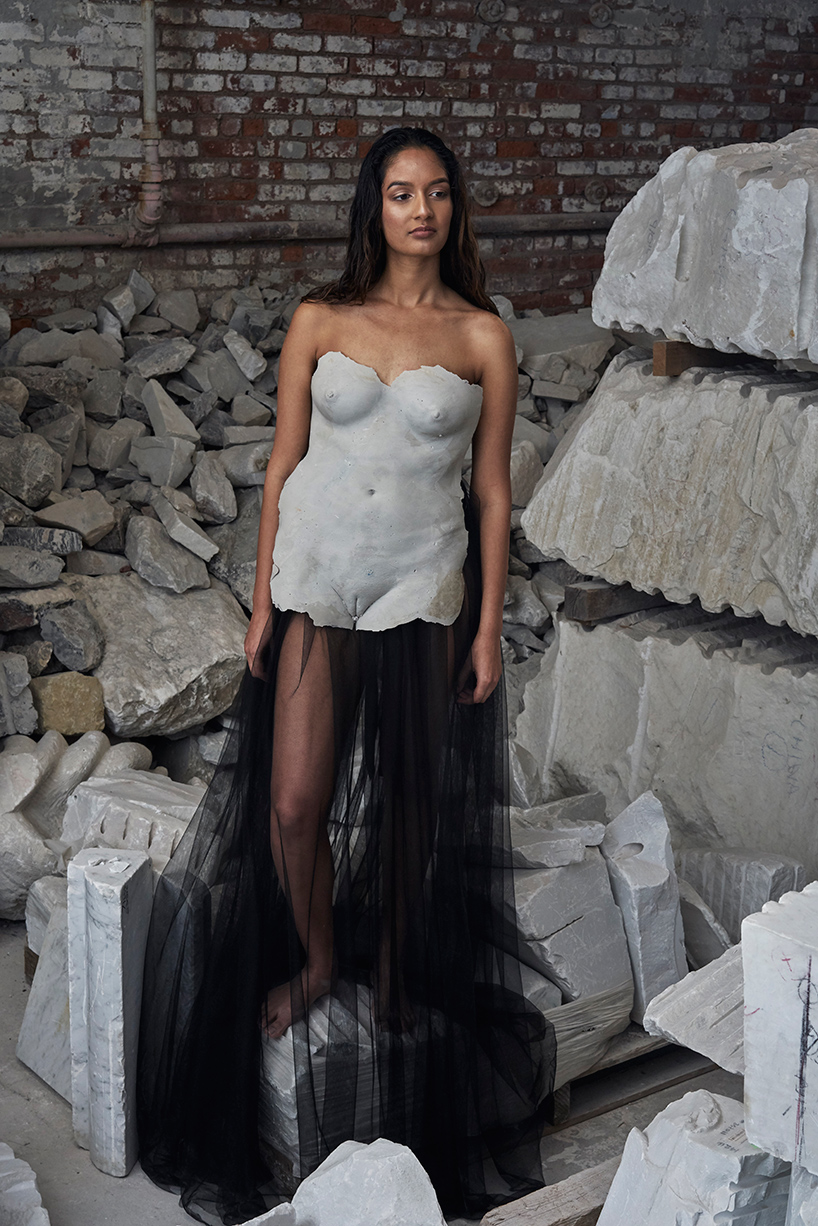 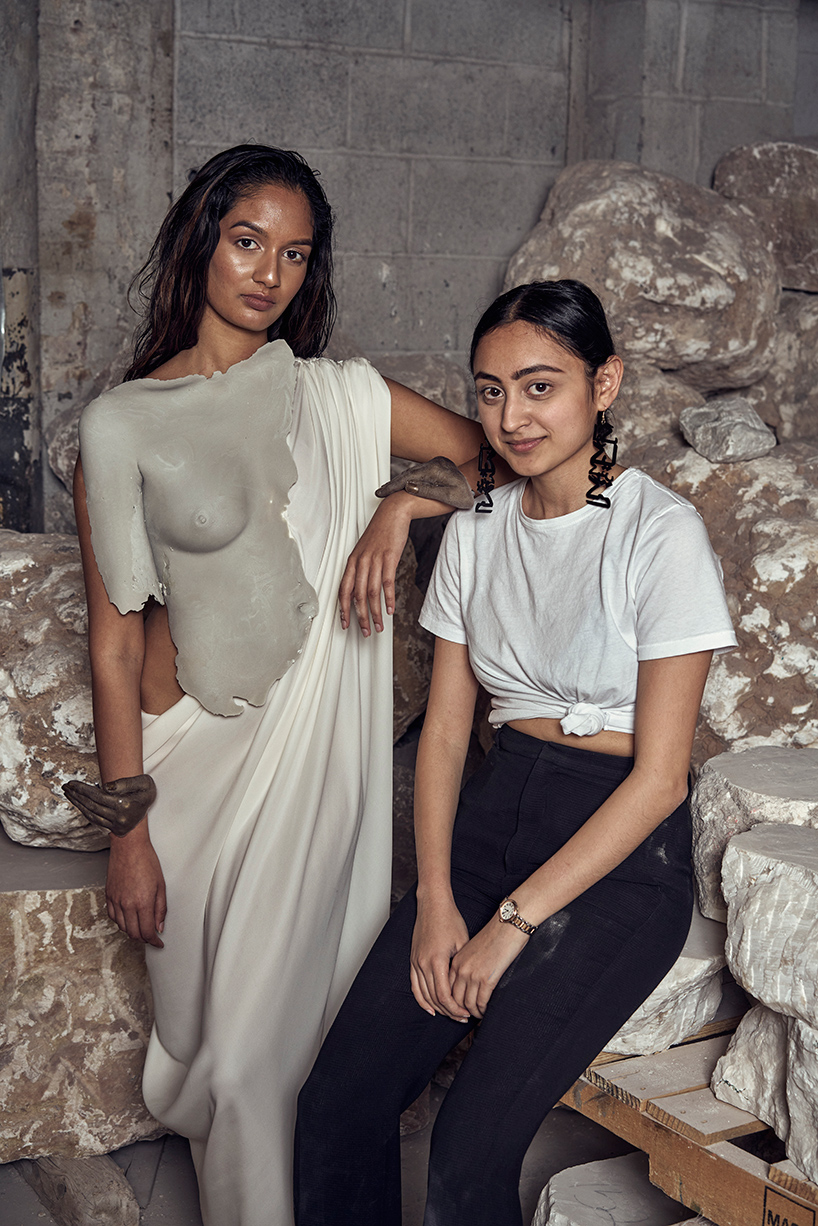 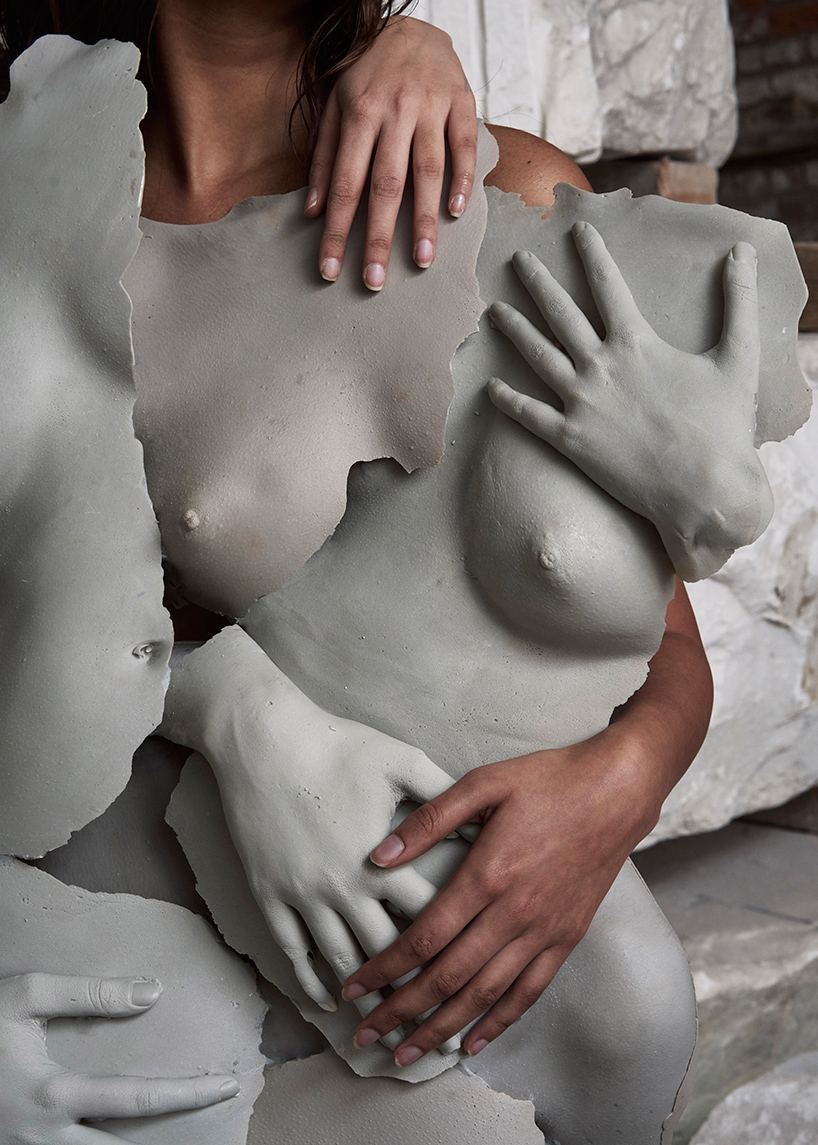 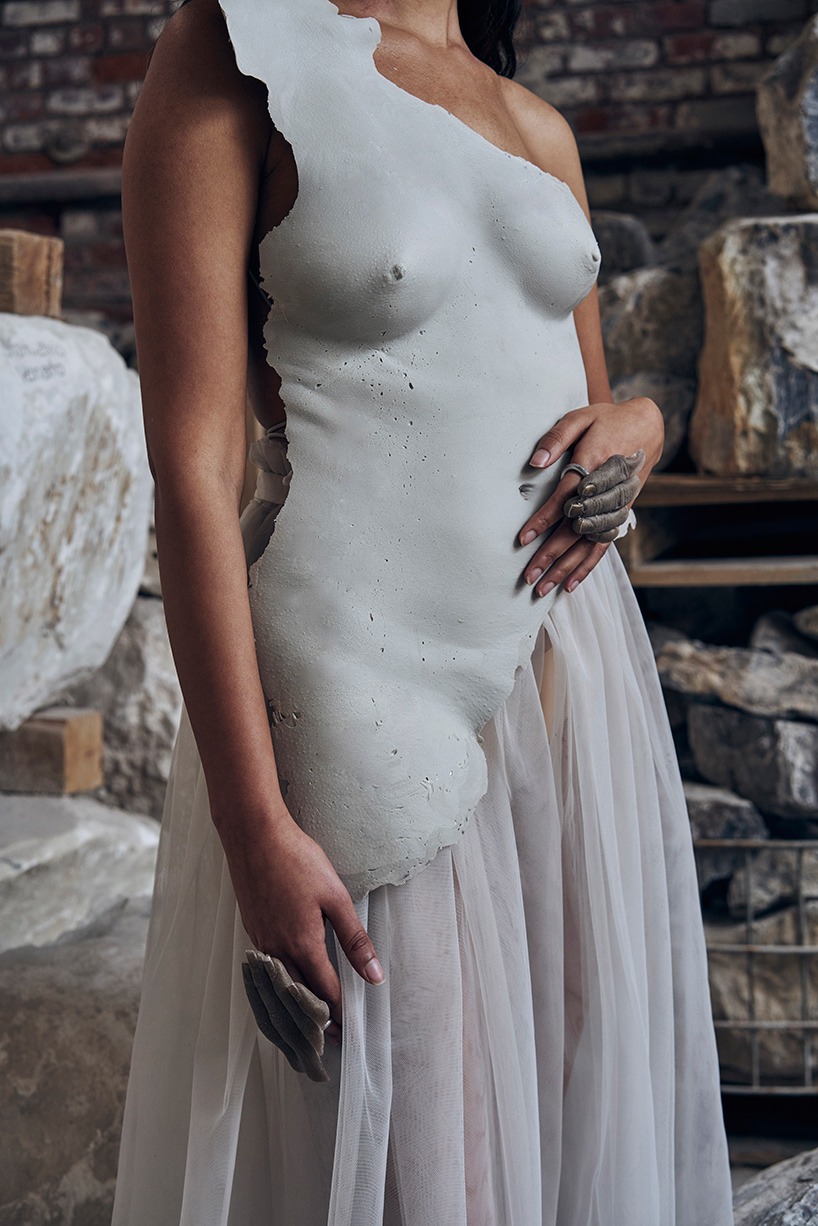 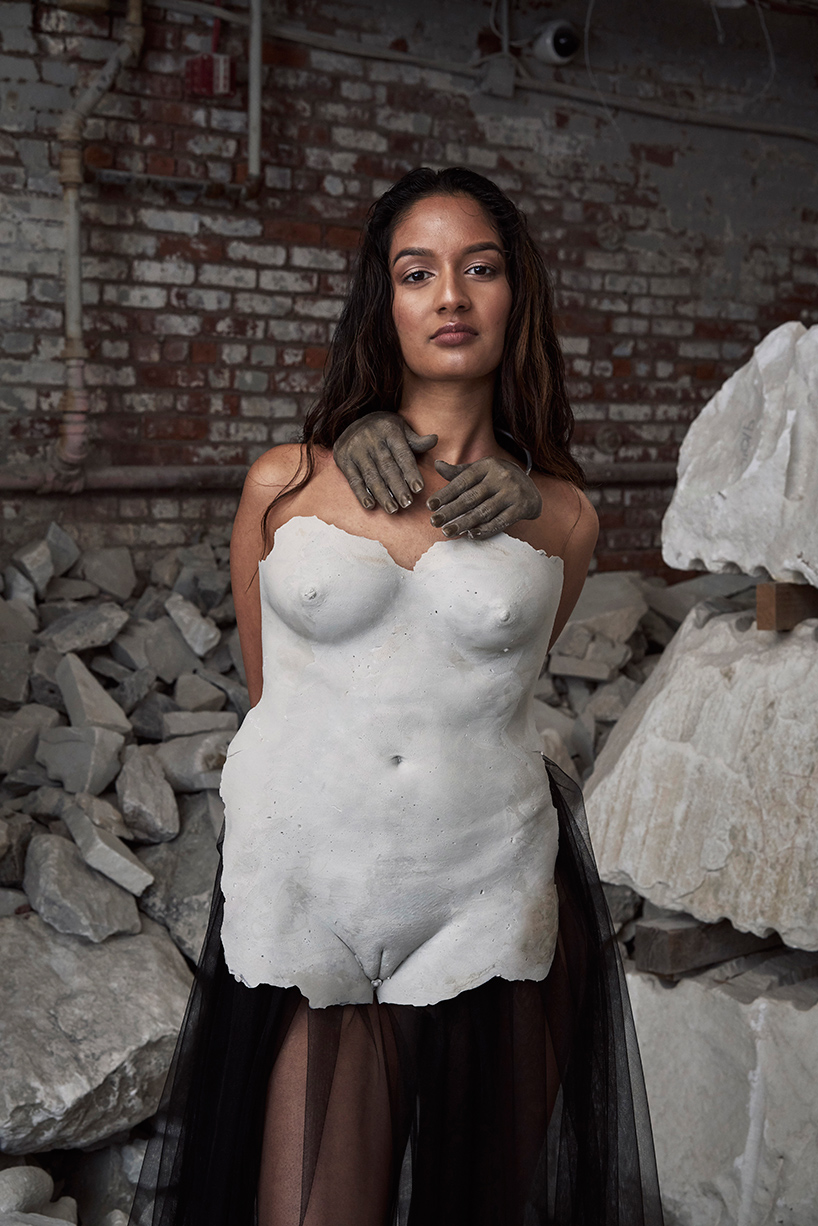 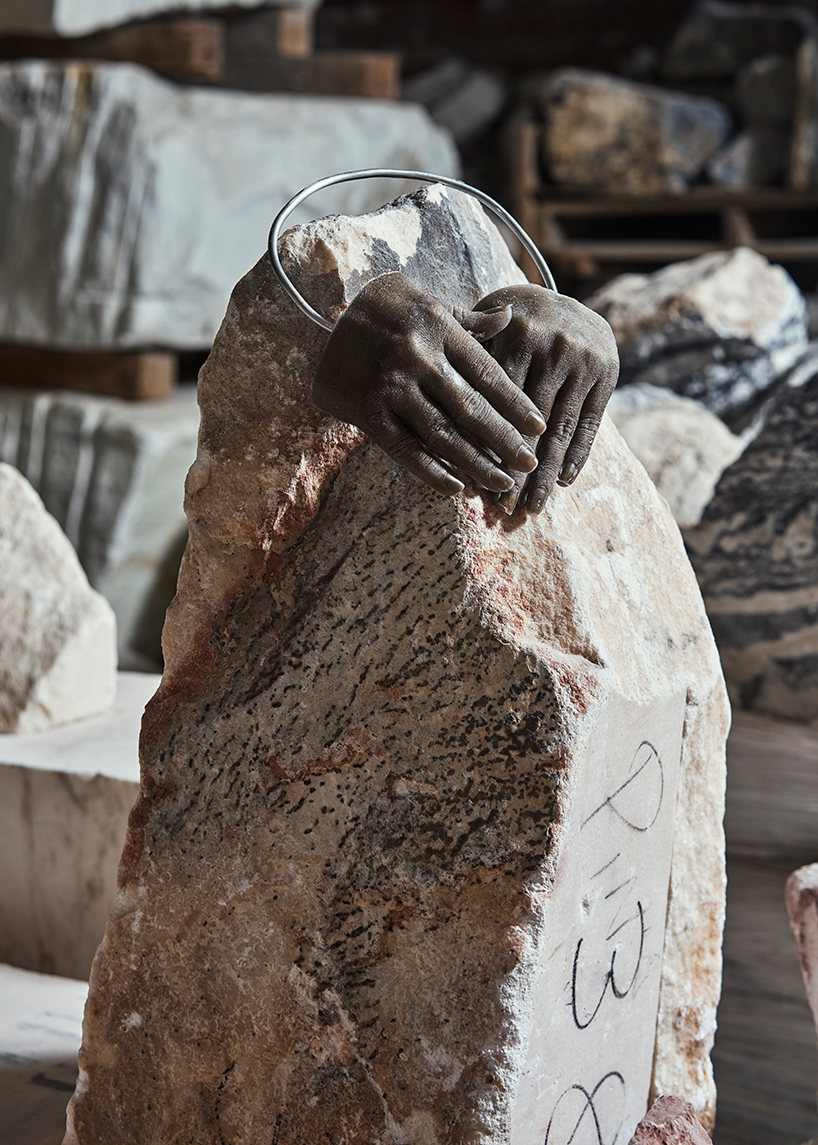 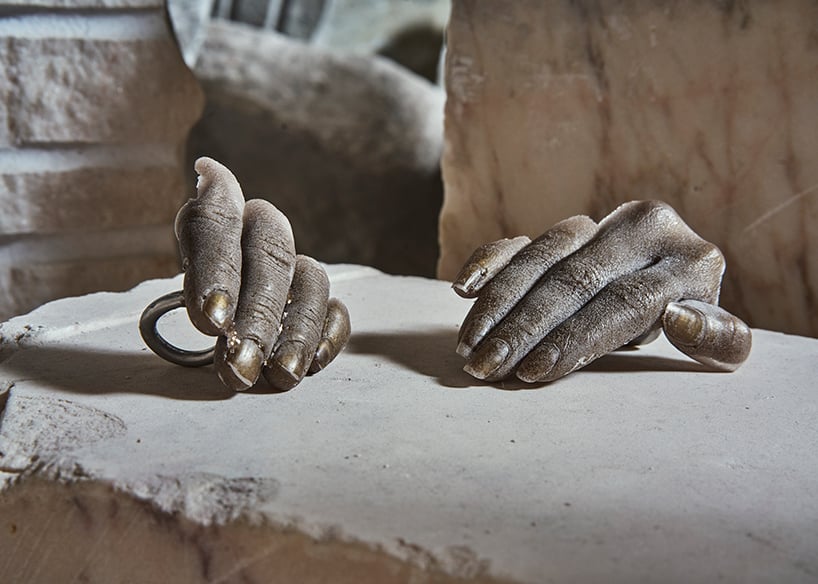