self-taught japanese artist haroshi will be presenting a series of new works at jonathan levine gallery for his solo exhibition ‘virtual reality’. 2013 marks haroshi’s 10th anniversary in using skateboards as a medium for his sculptures – the title of the show referencing the classic 1993 skate video from plan B, in which pro-skater rodney mullen performed a host of impressive tricks.

the striking pattern from the layering of the wood is perhaps the signature characteristic of the artworks, where haroshi stacks the plywood decks and meticulously carves each form by hand with precision and expertise. haroshi is also known not to apply any paint or pigment to his materials so as to allow the original vibrant polychromatic colors stand out – as well as hide small objects inside of his pieces, in homage to the traditional practice of ancient japanese buddha sculptors. designboom first discovered the skilled artist in 2010, which you can read about here. 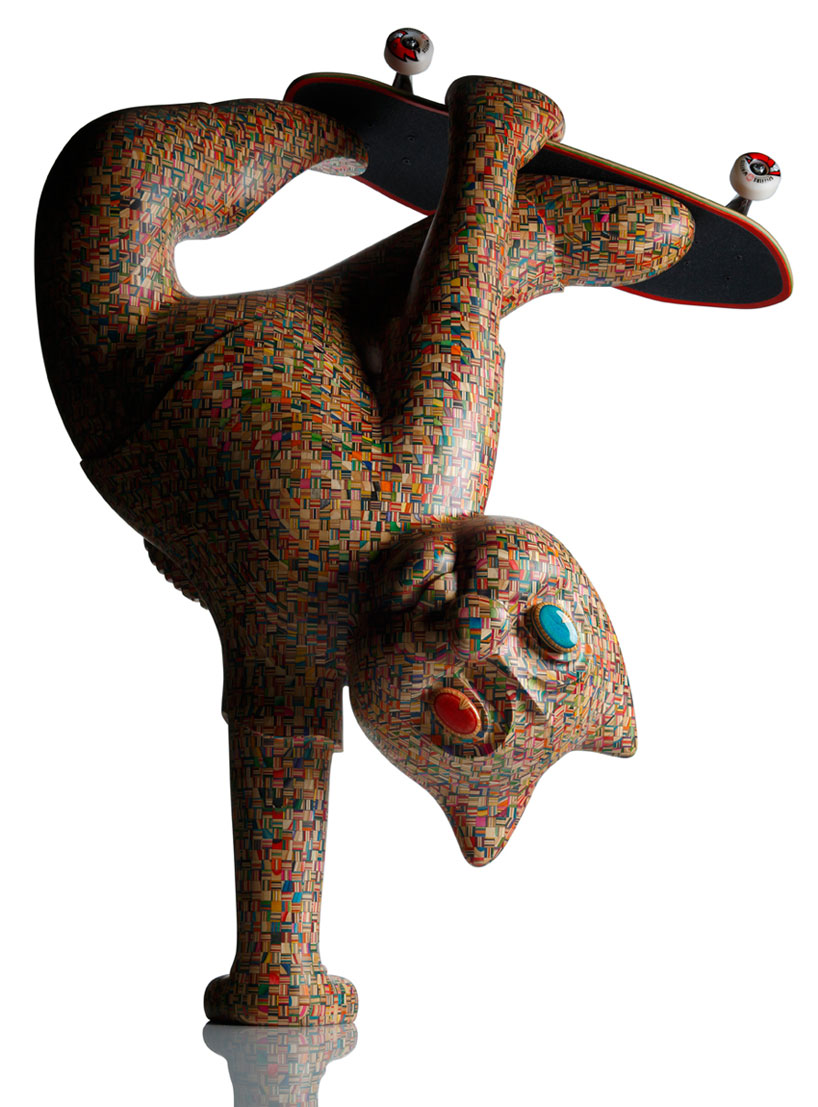 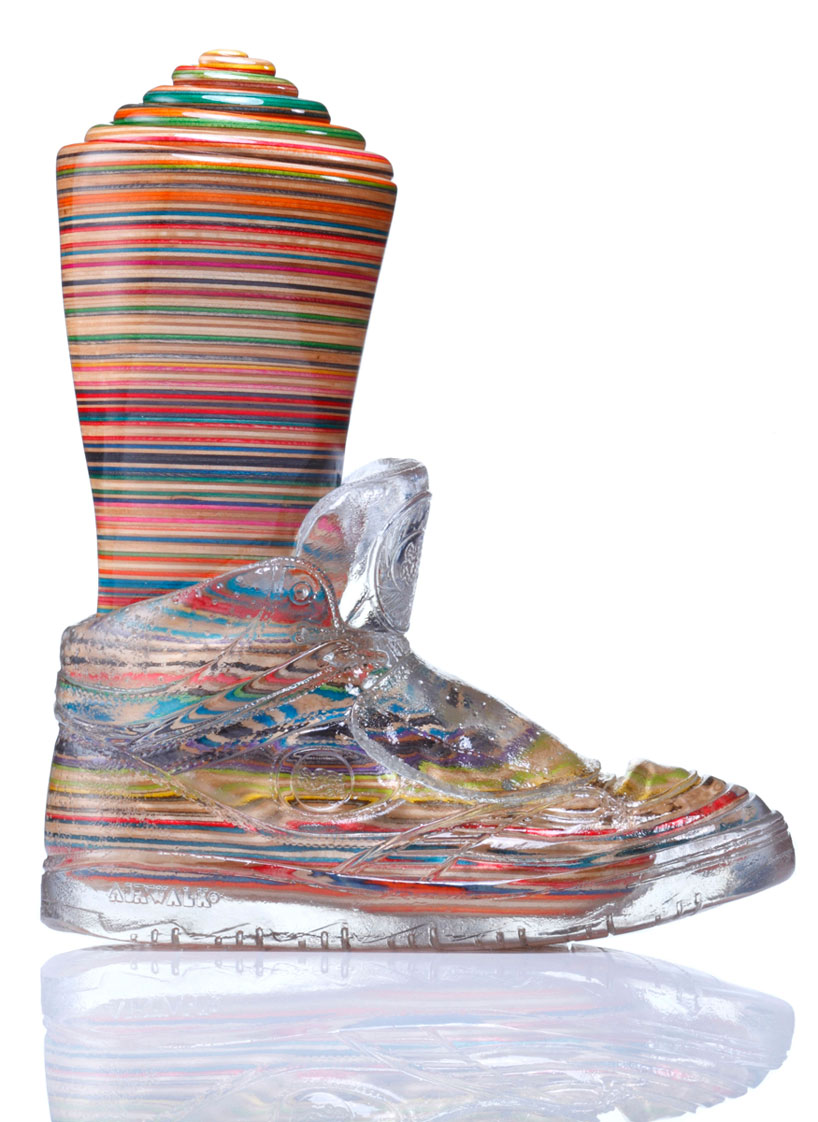 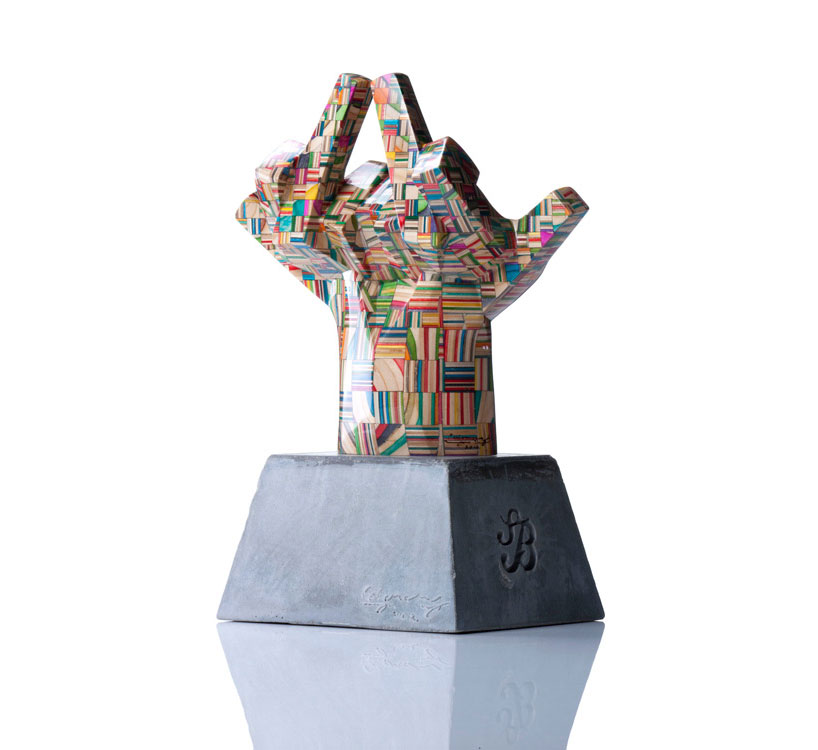 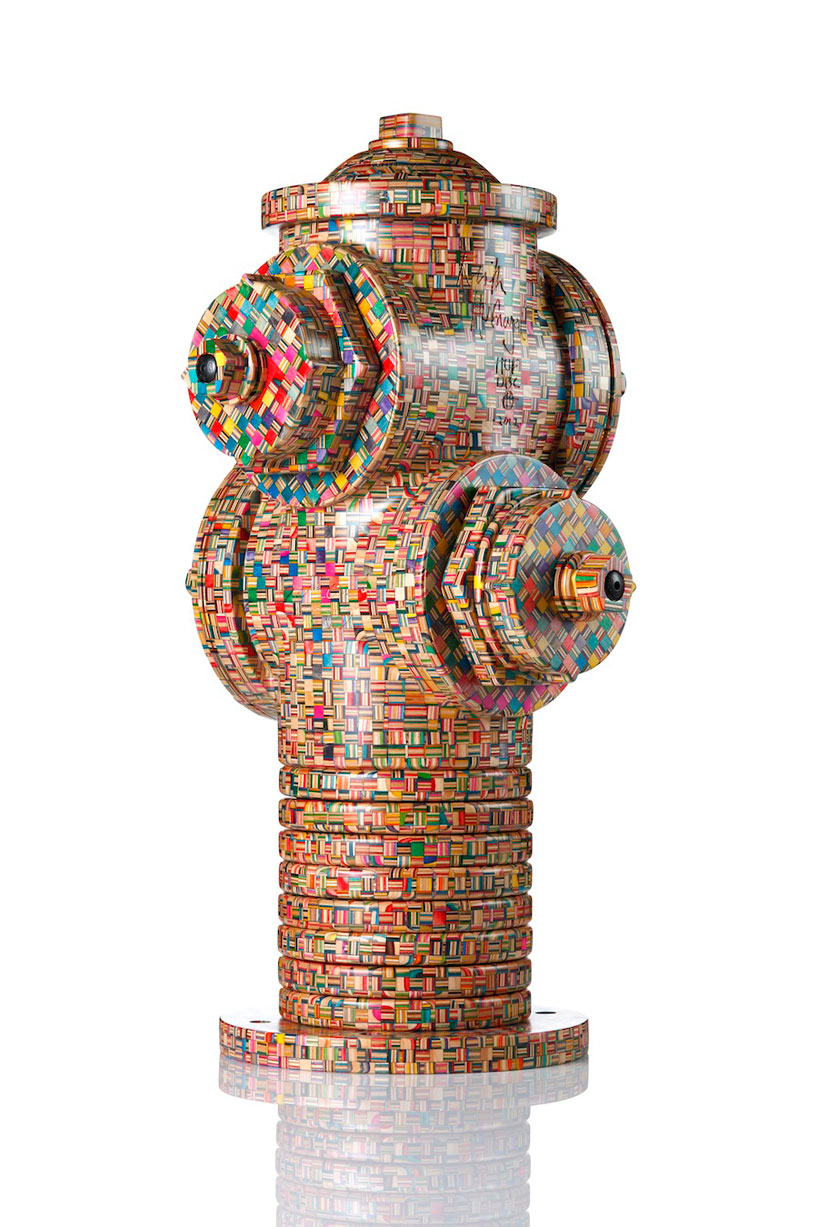 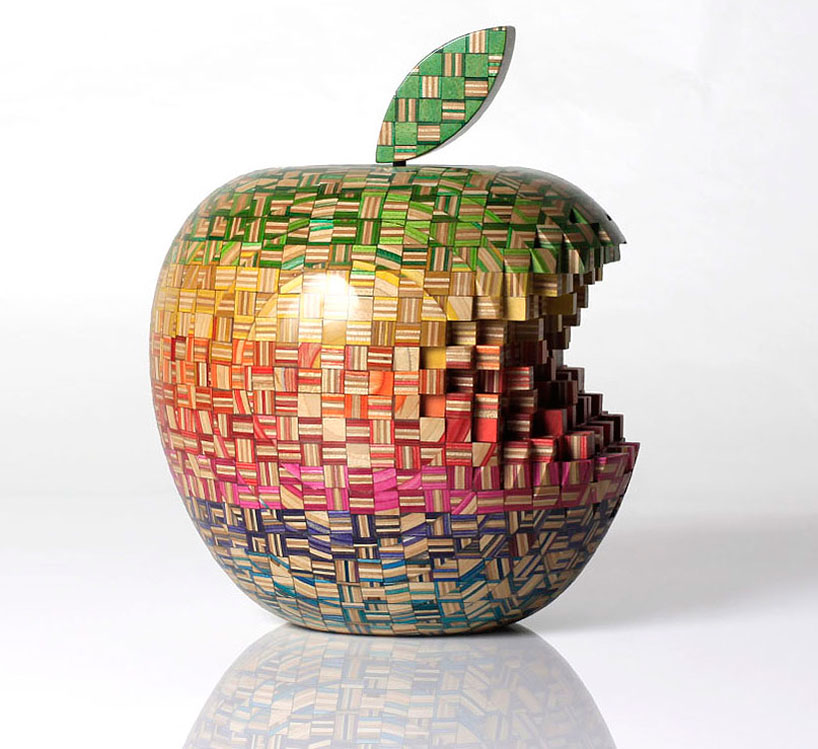 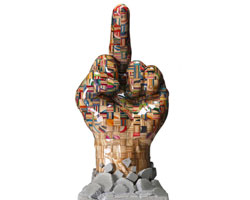 Aug 28, 2013
haroshi's middle finger trophy for battle at the berrics