the current exhibition at new york’s guild & greyshkul gallery features the work of sculptors trenton duerksen and aaron king. the works on show revolve around the social meaning and identity tied to objects. their work reflects the current state of america, where domestic production has shrunk and most objects come from unknown origins around the world. the two artists examine this reality questioning if this is causing the nation’s identity to evaporate. the work of aaron king uses series of multiples in piles and stacks, suggesting objects as part of a larger whole. he also changes the property of objects through new materials such as concrete ice cream. the work of trenton duerksen hinges on a moment in flux, each work is animated by the inertia contained in the work. this energy comes from the idea of a moment frozen in time, which is filled with potentiality. 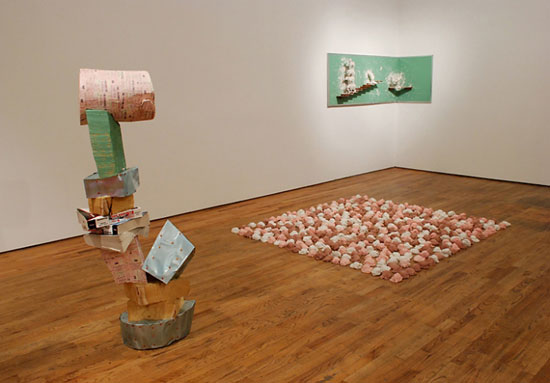 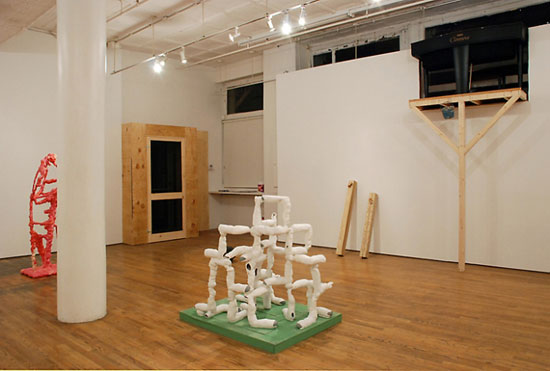 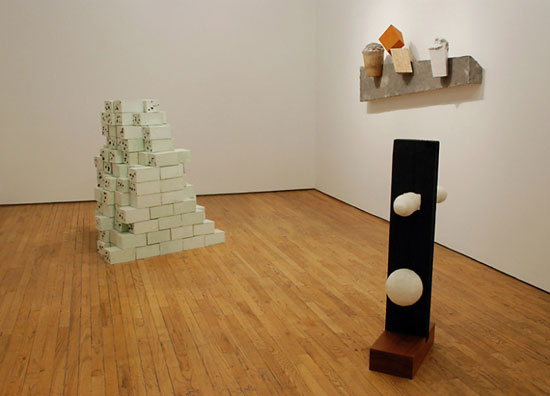