whether it’s a taxidermy chicken lamp or cabinets that wave into swirling sculptures, the work of chilean artist and activist sebastian errazuriz is always as captivating as it is experimental. his latest project involves a 20-foot public sculpture in the middle of new york featuring a livestream of earth from a NASA satellite in space.

the monumental structure titled ‘blu marble’ involves a bespoke LED screen and a smart bot built by errazuriz and his team. the robot works to select live photographs captured from the satellite before stitching them together using a special program to create a live video sequence. 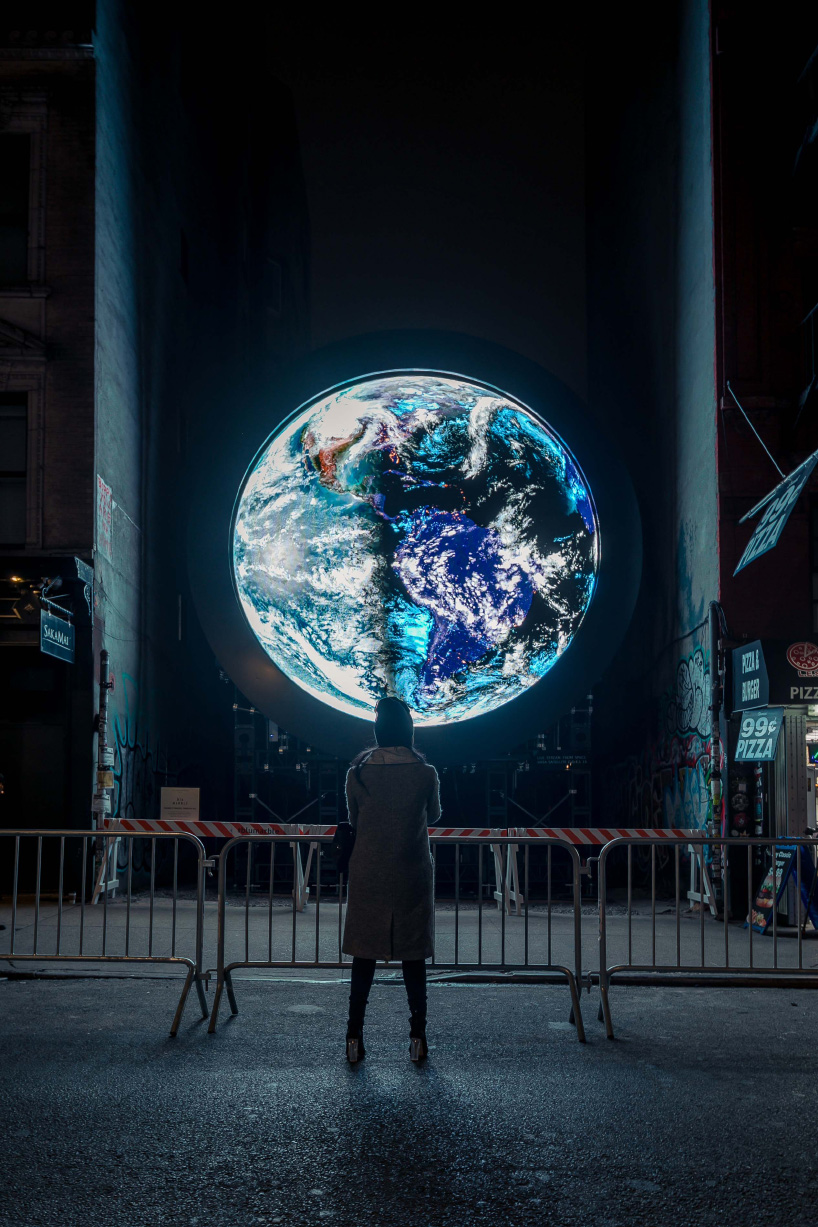 the sculpture provides a macro perspective on what errazuriz describes as ‘a tiny instant within a larger space and time continuum‘. ‘blue marble will transform NY’s skyline‘, he wrote on his instagram. ‘a reminder of our miraculously fragile existence. that we are all in this … and that every now and then; you can get away with doing exactly what you wanted.‘ 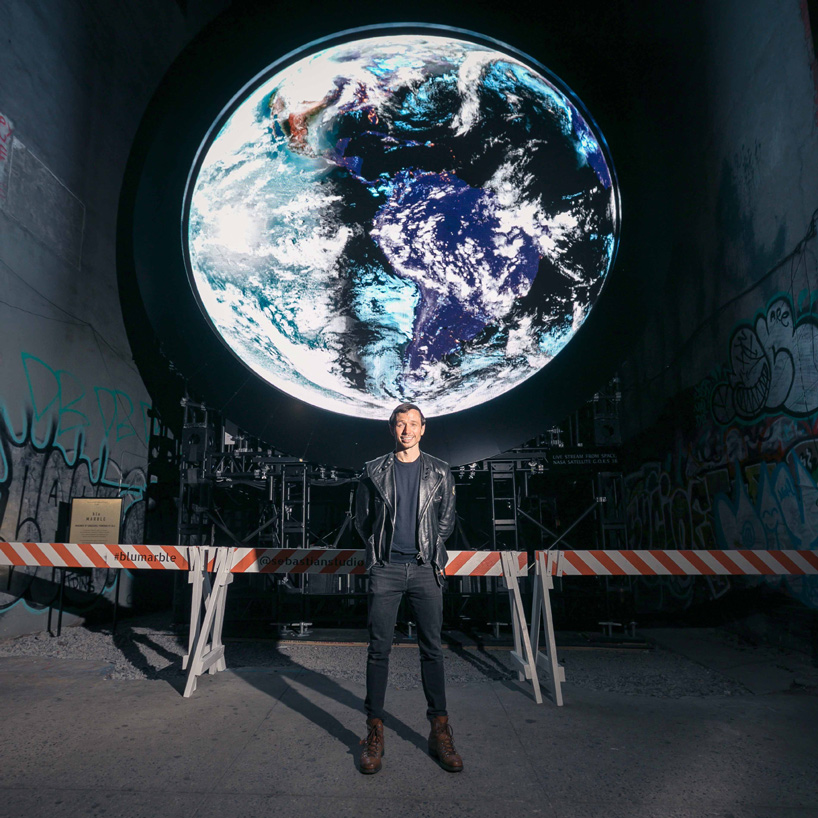 during day and night for one whole month, the artwork will be on display at 159 ludlow street, new york city. for one night only, there will also be a neighborhood display in collaboration with the new museum. the artwork is part of a new campaign, ‘pledge world by blu‘. learn more by visiting errazuriz’s website. 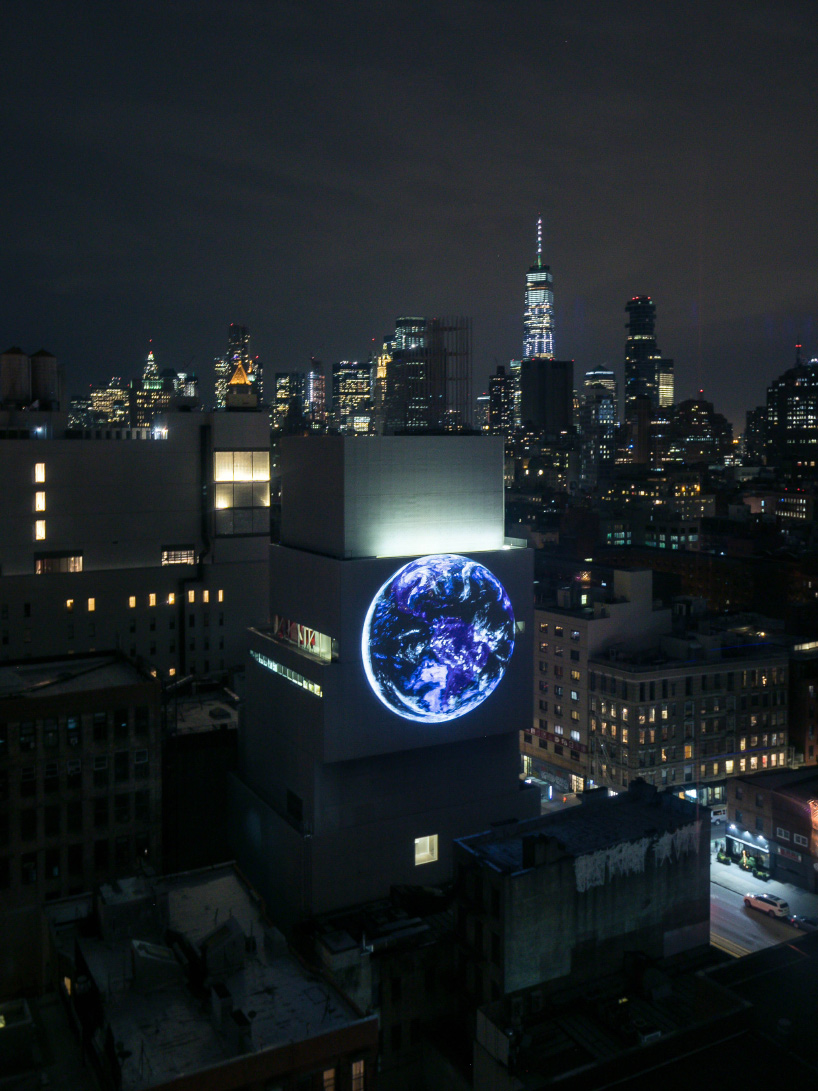 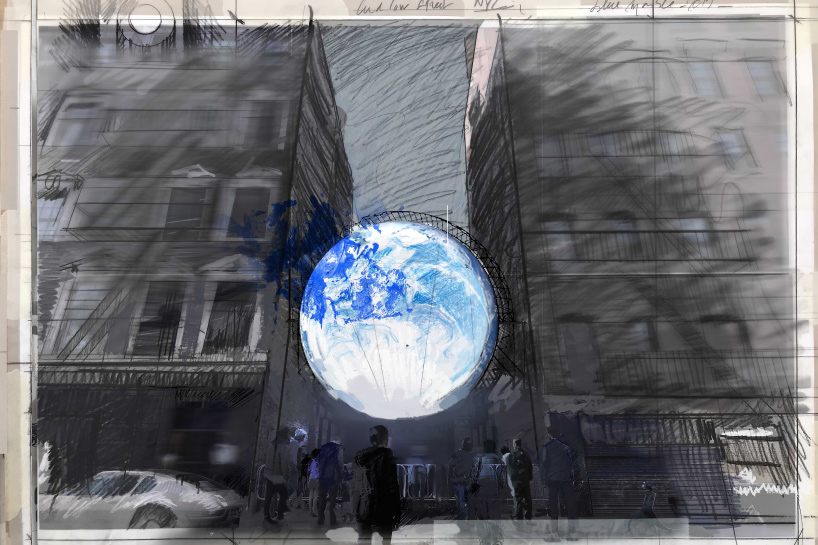 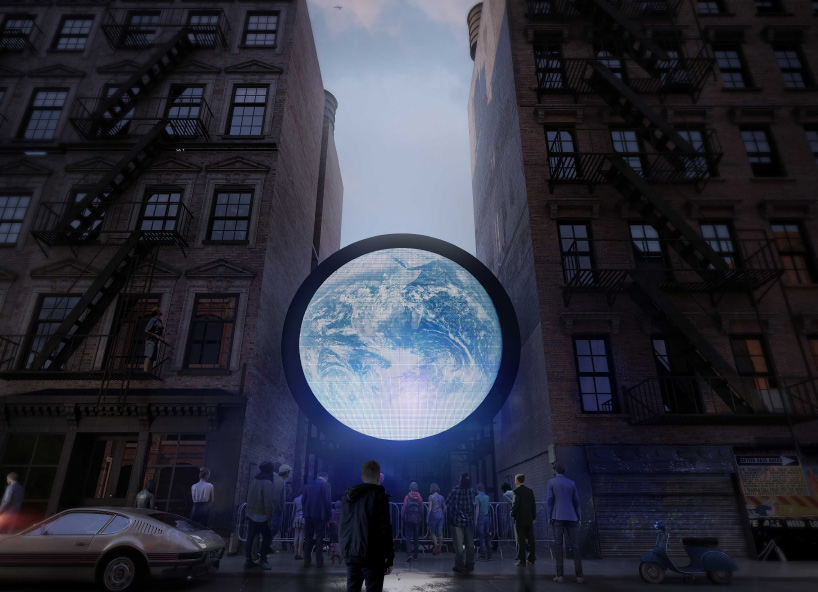 rendering of the projection on ludlow street
© guillaume paturel 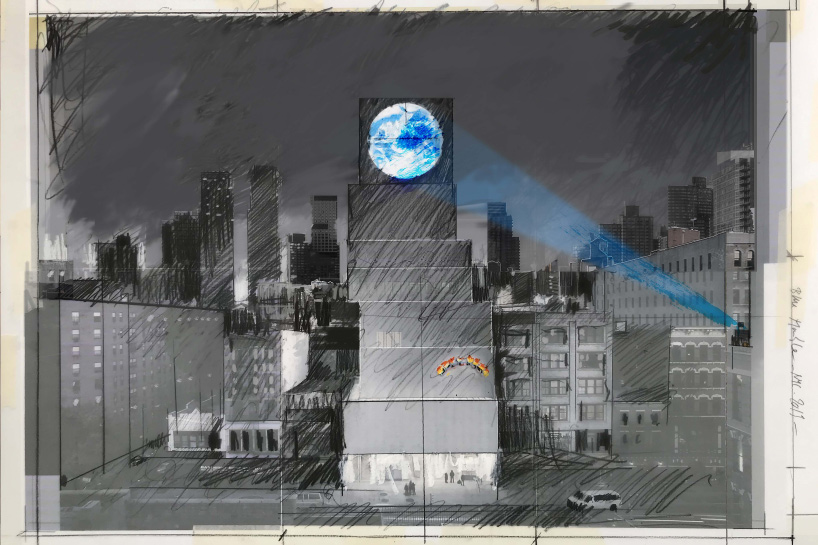 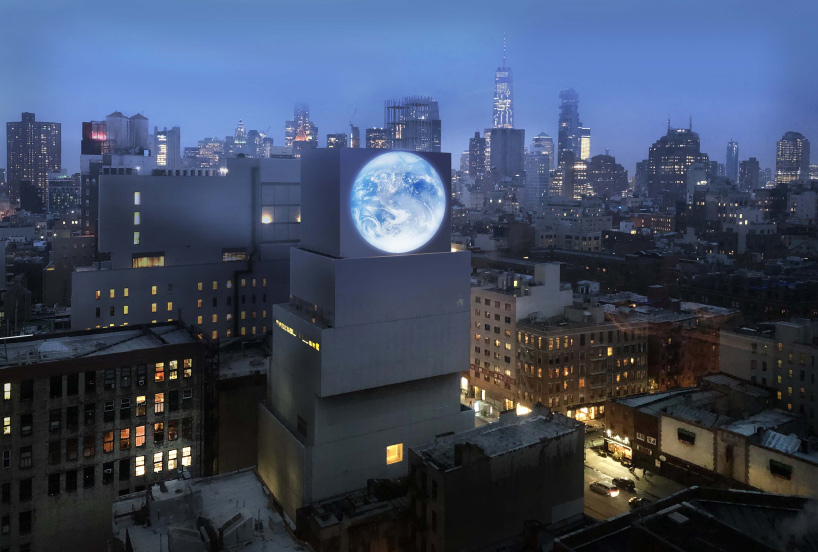 rendering of the earth projected on the new museum
© guillaume paturel

Imagine if we could look up at the night sky and see ourselves; see the Earth right that moment, streamed live from space?