chilean-born, new york-based designer sebastian errazuriz has created a sculptural door for the chilean art gallery ‘departamento 21‘ (apartment 21), located in a residential apartment building in santiago. until now, the gallery has always stood behind an unmarked door with no indicators to announce the presence of the art space. departamento 21’s director commissioned errazuriz to re-design the entry door of the gallery as its own unique art form.

sebastian errazuriz tells designboom: ‘while attempting to come up with a concept I tried to resist ‘designing a door.’ I didn’t want to create a door that was sculptural or pictorial; I wanted the door to hopefully continue to blend with the rest of the building and maintain its apparent anonymity as just another a normal apartment. nevertheless I also wished to leave a small clue that would invite the passerby to stop, look twice, and maybe suspect that things where different.

it occurred to me that we have used door viewers for a couple hundred years… we have been stupidly squinting and closing our eyes for all this time; why not have two viewers instead? we have had binoculars for even longer. the two viewers are placed inverted inside the door, thus allowing people outside to approach the door and look inside the apartment and see the current exhibition, which remains illuminated even when the gallery is closed‘.

it is through the piece that the artist presents a digestible paradigm turned upside down. he invites the viewer to reexamine a consistent facet of reality that had previously been ‘hidden in plain sight’. 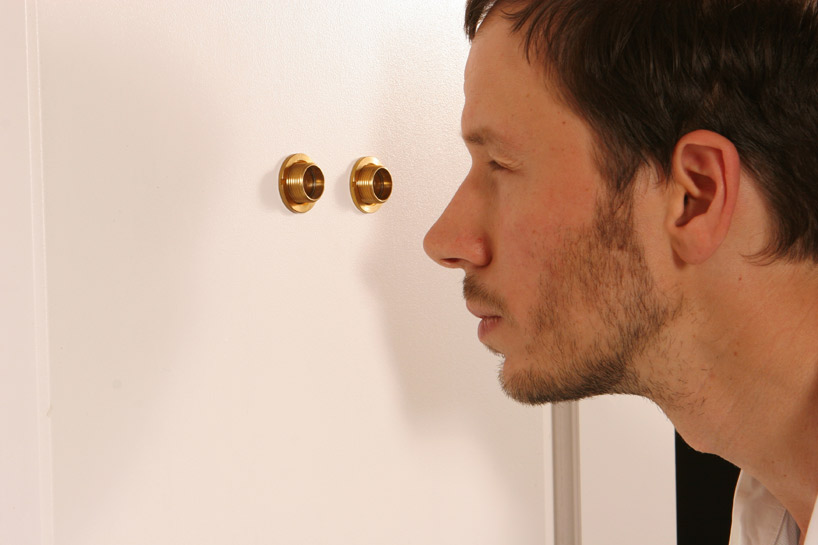 looking through the two viewing holes, the observer may better see the world outside the door than with conventional portholes 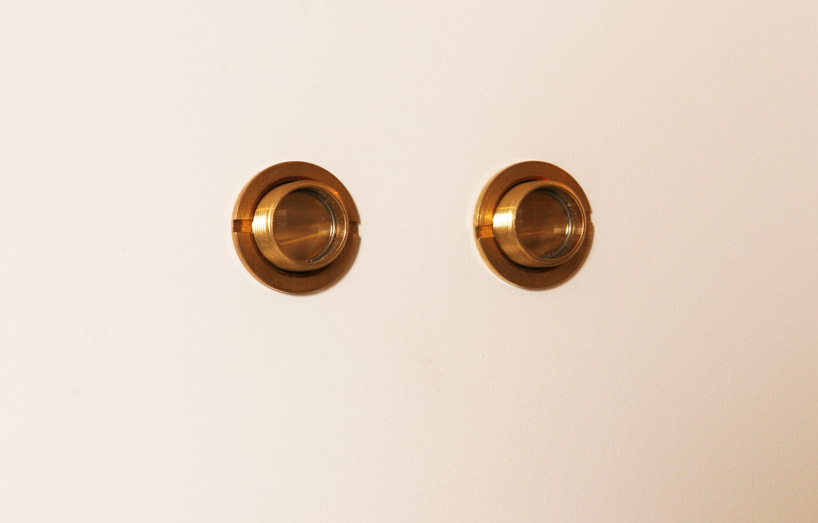 side view of the brass pieces 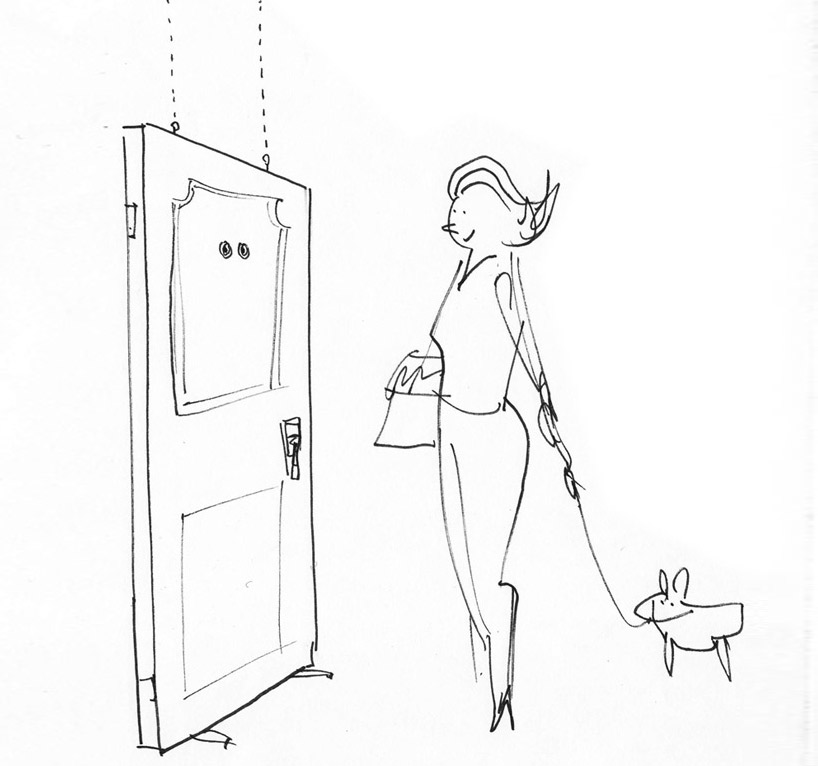 a conceptual drawing by the artist