sebastian errazuriz is known for putting a humorous and often cynical twist on everyday objects. his ‘XL bird chandelier’ was motivated by a similar lamp that was in the artist’s grandmother’s house which would often attract birds that would fly through open windows and perch on the candelabra. unfortunately, upon their exist, some of the feathered creatures would get injured, or die while trying to escape out through a different closed window. in a twist to pay an hommage to the fallen wildlife, errazuriz presents a traditional crystal luminaire that is decorated with 50 taxidermied birds — almost as fragile and delicate as the glass pieces themselves — immortalized as ornamentation. 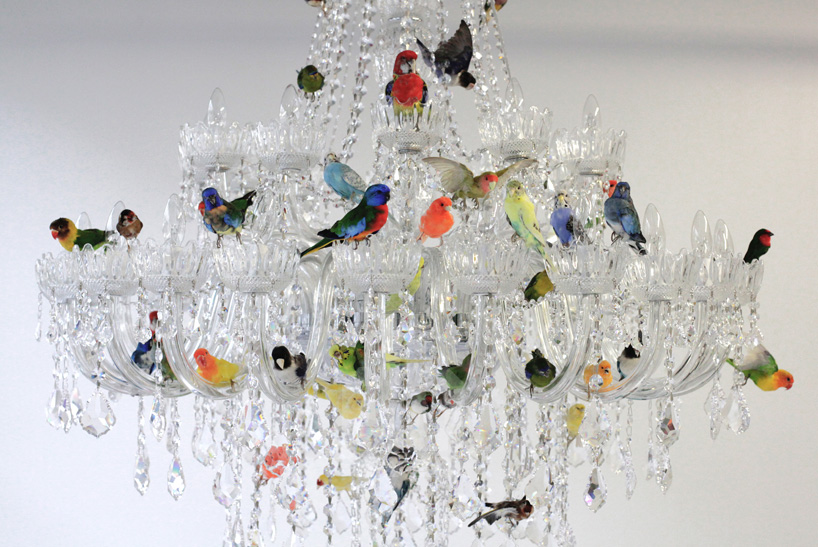 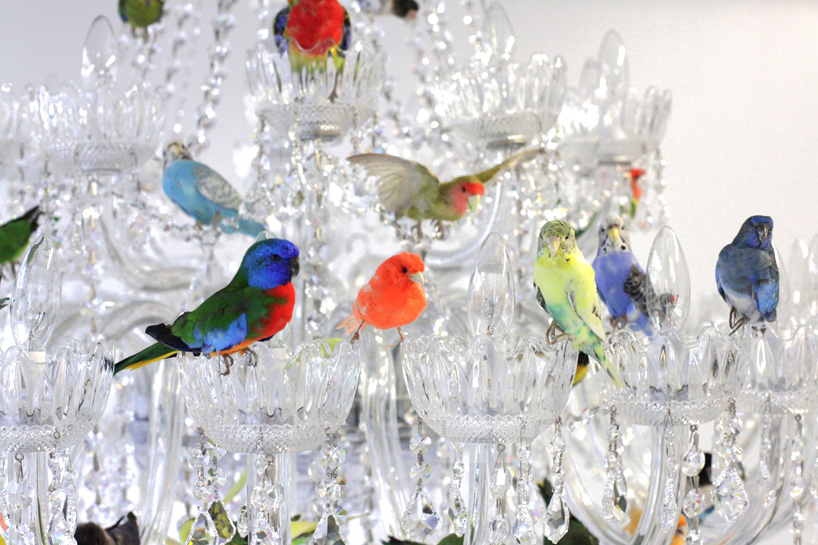 up close of the feathered creatures 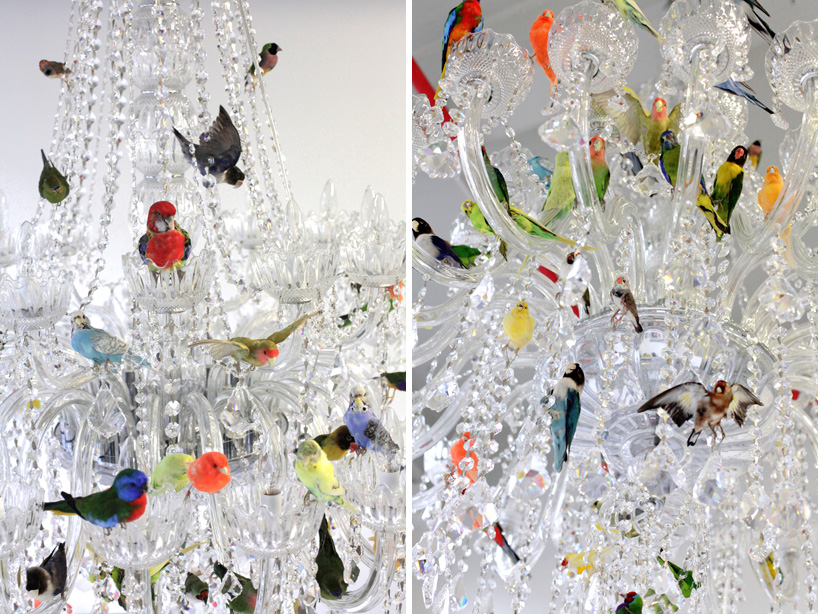 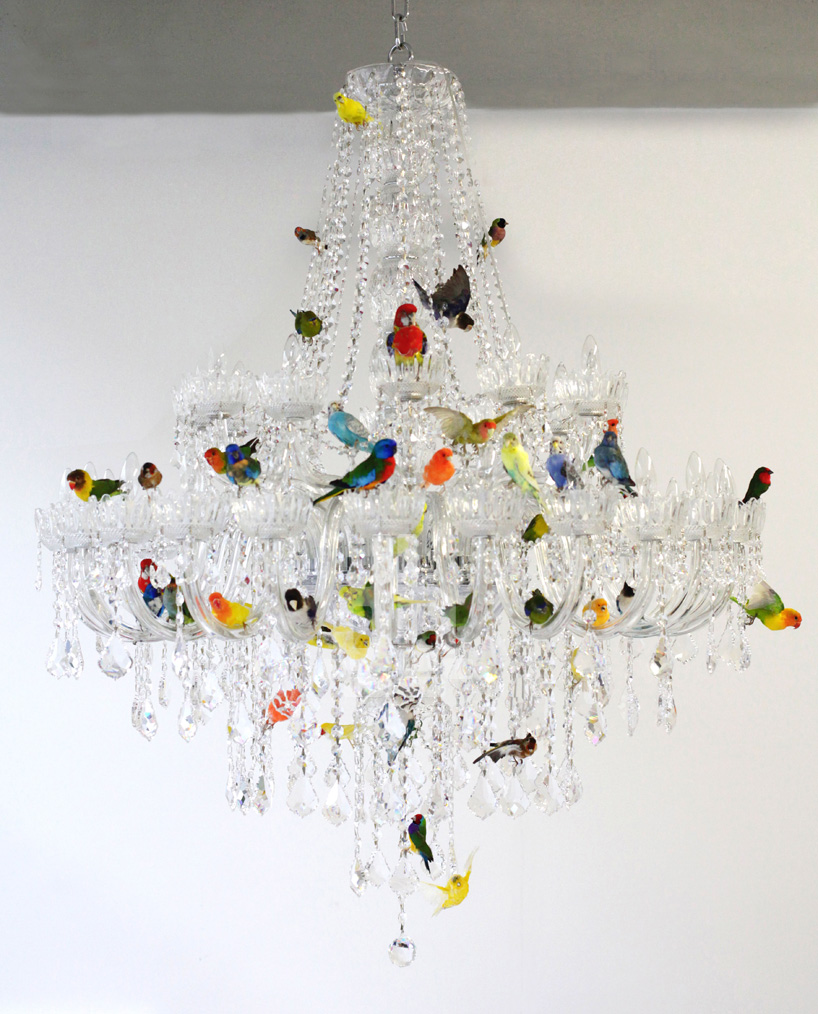