chilean-born new york-based artist sebastian errazuriz recently traveled with his team to santiago, chile to create a public artwork in support of the 33 chilean miners who were trapped underground for more than two months. the piece is a 33-story high ‘cross of light’ that was lit every night during the final and most critical stage of the miners’ rescue as a symbol of hope.

following the south american tradition of lighting candles to the saints in hopes they will look after their loved ones, the giant cross of light overlooked the city of santiago as a reminder of the lives at stake. more than 350 fluorscent tubes connected to timers that turned on at night, took over a building’s complete façade to create the illuminated cross that could be seen from miles away. 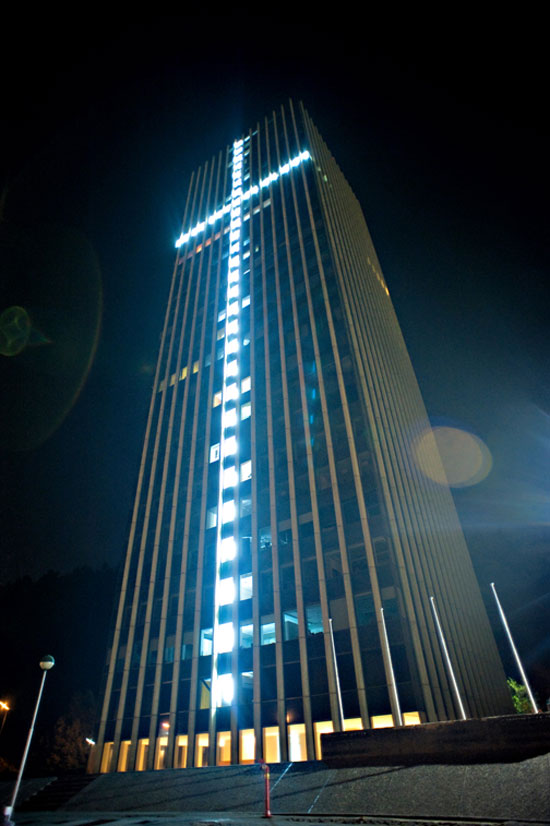 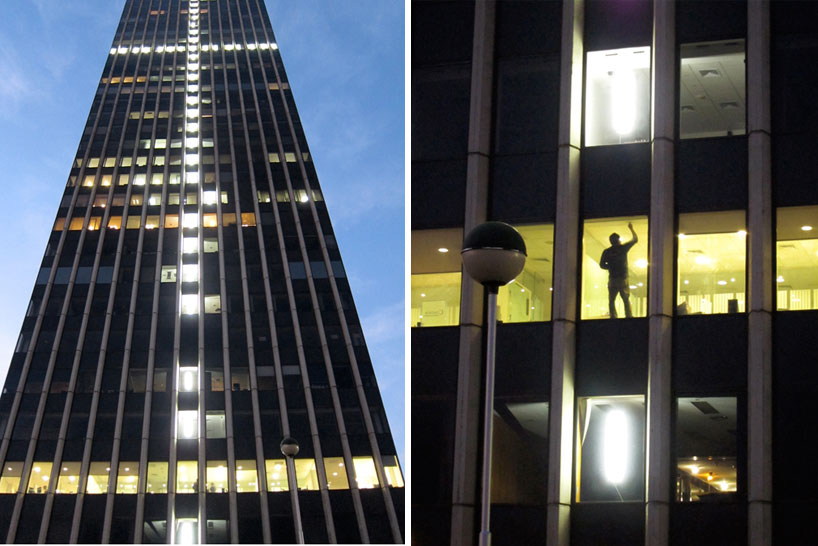 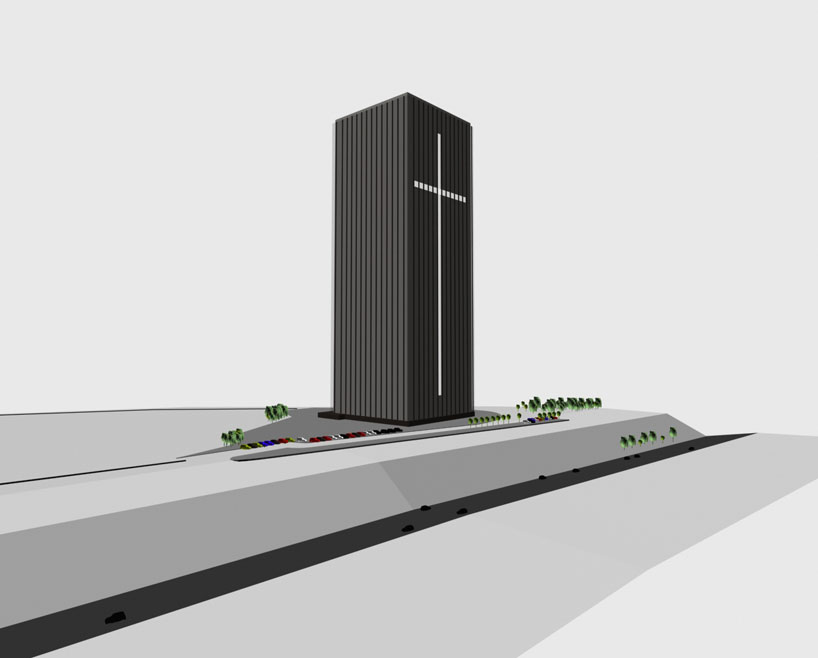 rendering of the project 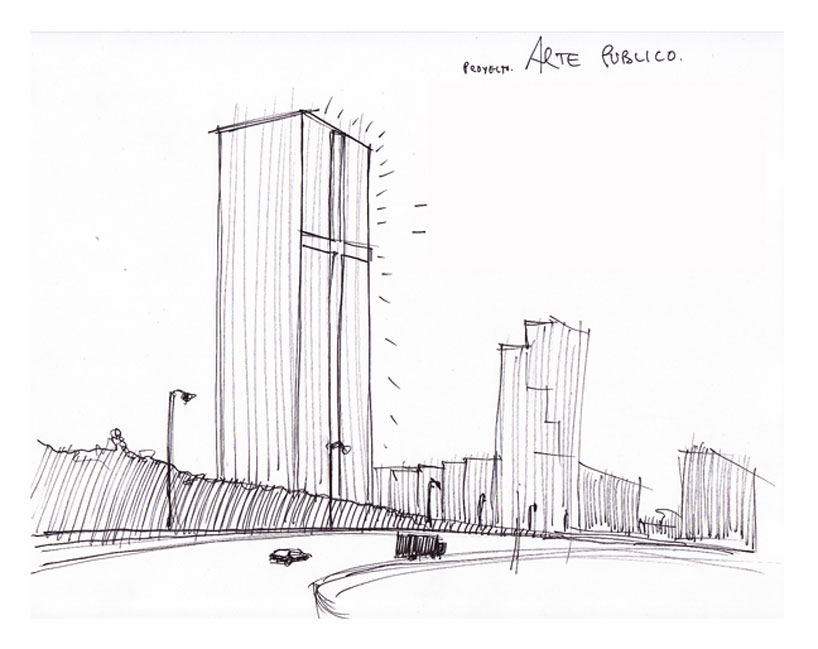 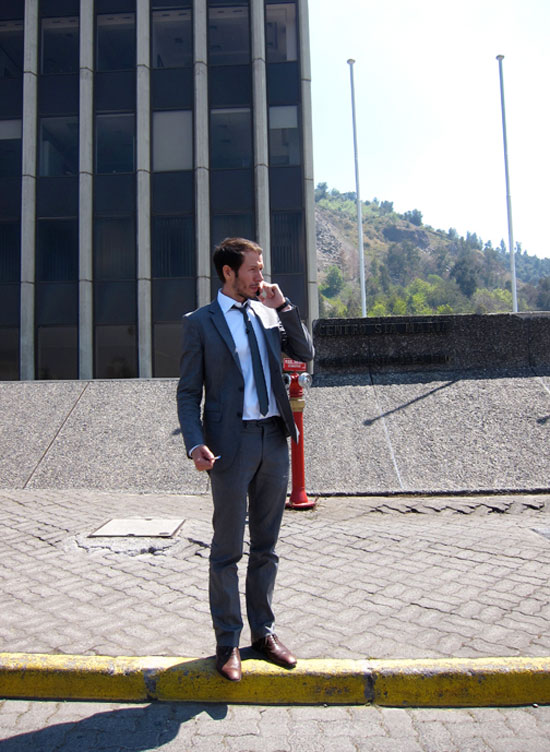