the mori art museum presents ‘sensing nature’ an exhibition which proposes ideas for reconsidering japan’s sense of nature, fitting into the institution’s theme for 2010, ‘redefining japan’.

japan has always had a close relationship with nature. in this exhibition, examples of contemporary art and design are examined, exploring the sensibility and collective cultural memory of the japanese people. on this occasion three of japan’s most interesting creators: artist / designer tokujin yoshioka, and artists taro shinoda and takashi kuribayashi take full advantage of the mori art museum’s six-meter high ceilings and expansive galleries showcasing large-scale installations within the space. the work of each incorporates reminders of natural phenomena and the relationship between humans and nature. each of their approaches reduce nature to an abstraction, resembling the traditional japanese idea that nature should be felt, rather than rationalized. the installations of this exhibition awaken within them, the traditional, direct sensory approach of our natural surroundings.

for his contribution to ‘sensing nature’ tokujin yoshioka continues to create spatial designs made from artificial materials, giving the viewer the sensation of experiencing light, snow, storms and other phenomena.

in a huge space of 15m in width, fine feathers are blown up by wind and shower down as if real snow does. the scene of hundres of kilograms of light feathers being blown all over and falling down slowly, reminds one of the snow scape of our memories and expresses the beauty of nature which exceeds our imagination. currently exploring the potential future of design and how it will incorporate natural principles and effects, integrating natural science technologies, yoshioka’s ‘snow’ (2010) is similar to looking at or walking through a snowstorm. it is an expanded version of the original ‘snow’ which was exhibited in 1997. 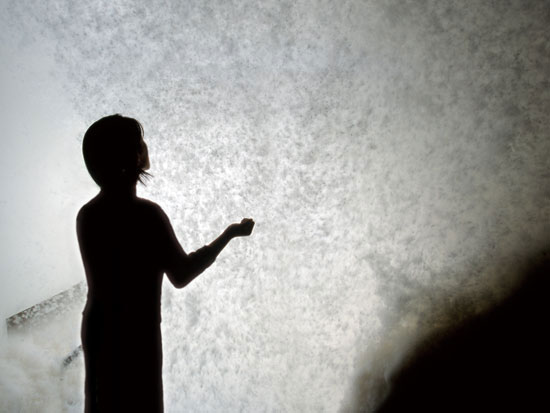 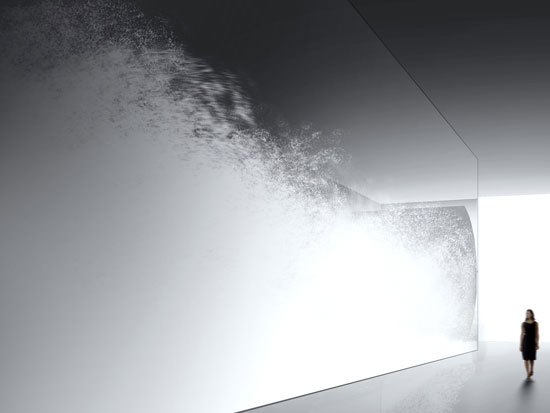 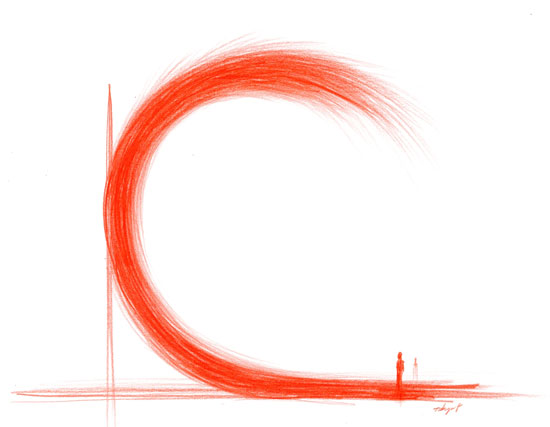 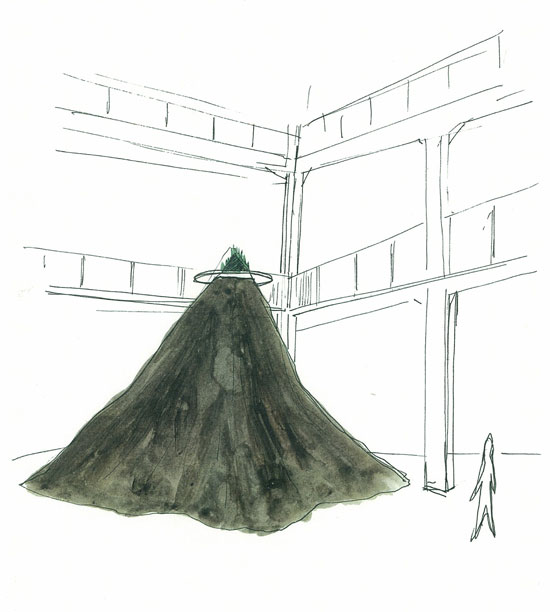 artist takashi kuribayashi is interested in spaces where a line or some kind of border or series of layers divides the world into different zones. for this exhibition, he exhibits a forest constructed from paper plants, along with a new work – which has been developed out of his previous project ‘islands’- that presents an installation of large mounds of earth piled in the gallery to form a map of the world. by shifting the viewer’s perspective, he makes it possible to experience a completely different sense of scale and viewpoint. 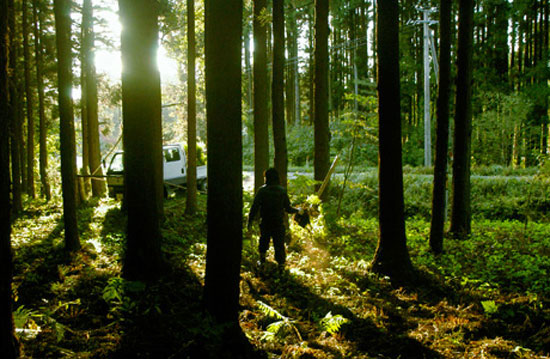 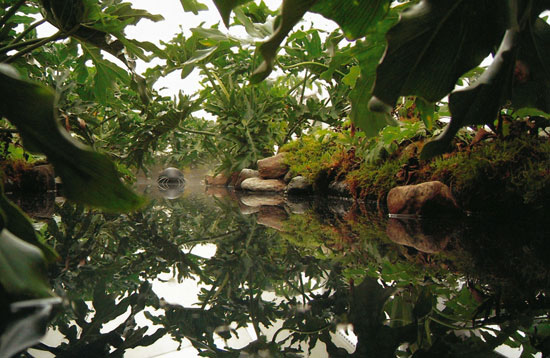 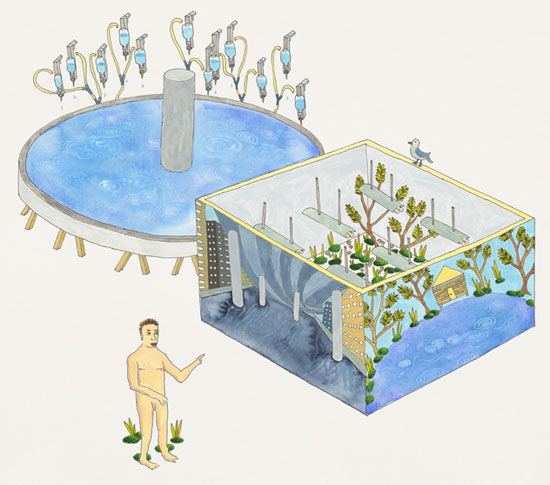 taro shinoda, who originally studied japanese landscape gardening, exhibits a trilogy of video works called ‘reverberation’ alongside a new version of his ‘model of oblivion’. the works on show examine the relationship between natural and human environments, juxtaposing, for example, urban landscapes such as a parking lot and a garbage disposal plant, with footage of animals in a zoo.  another video shows a modern expressway and an edo period canal. in addition, shinoda presents a new work which is influenced by the eastern garden of kyoto’s tofukuji temple, which was designed by shigemori mirei in the showa period. with ripples resonating outwards over a doughnut-shaped pool, the piece is mean to be a representation of the earth’s atmosphere. 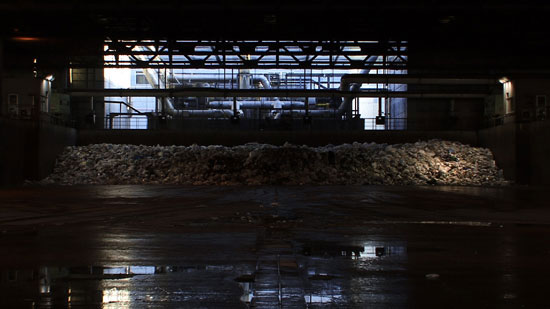