with the participation of the internet audience, barcelona-based visual artist sergio albiac has created an ethereal series of abstract portraiture using generative sketching and hubble telescope images. user-submitted photography is the dominant part of each composition, which is manipulated in a synthesis of human/machine technology. in such an art-meets-science approach the ghostly figures are camouflaged in a cosmic assemblage, their identities visible through a labyrinth of planetary imagery. influenced by science and space, particularly nucleosynthesis — the process of creating a new atomic nucleus from pre-existing matter — albiac sources imagery for the digital mosaics from the hubble space telescope, which captures pictures of the solar system.

more than thousand portrait photographs of men and women of all ages were transformed through a software program (that compiles the telescope’s images of galaxies) into abstract works of art. the automated process requires a written code, allowing an autonomous system to function independently from the artist. basically, sergio albiac morphs the two images (portrait/space shot) into a collage and introduces control by adding a few factors that govern the sketching action, as well as a certain degree of randomness within the code. eventually, he’d like to produce upwards of 100,000. you can contribute to this research of generative portraits by sending your photograph of to albiac via his website. 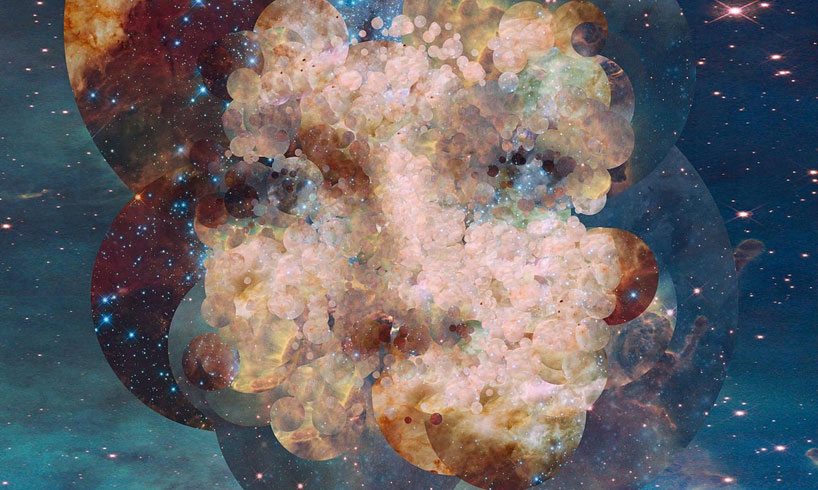 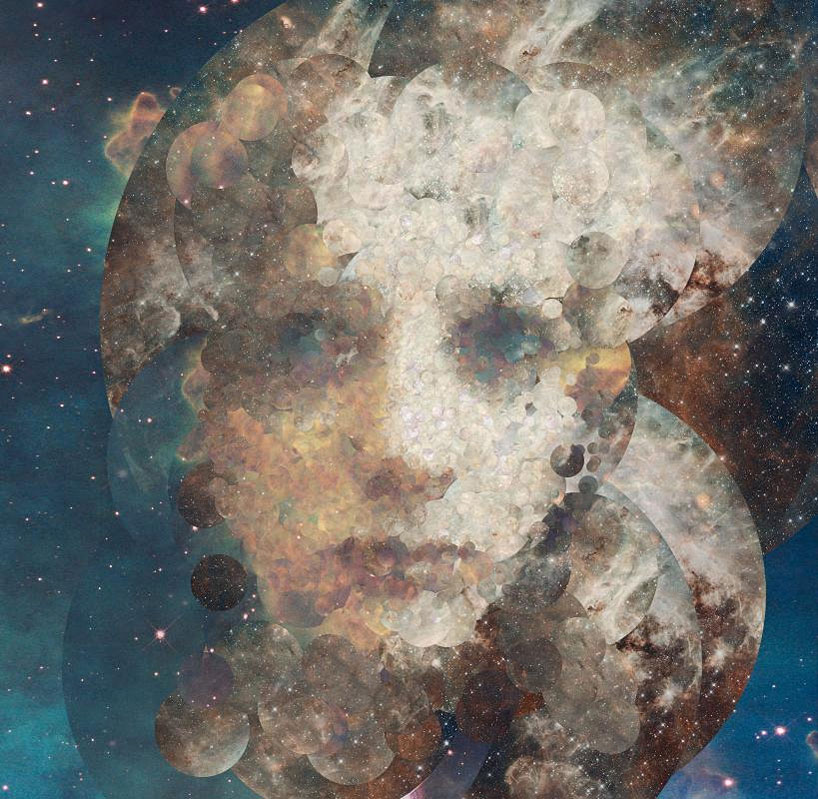 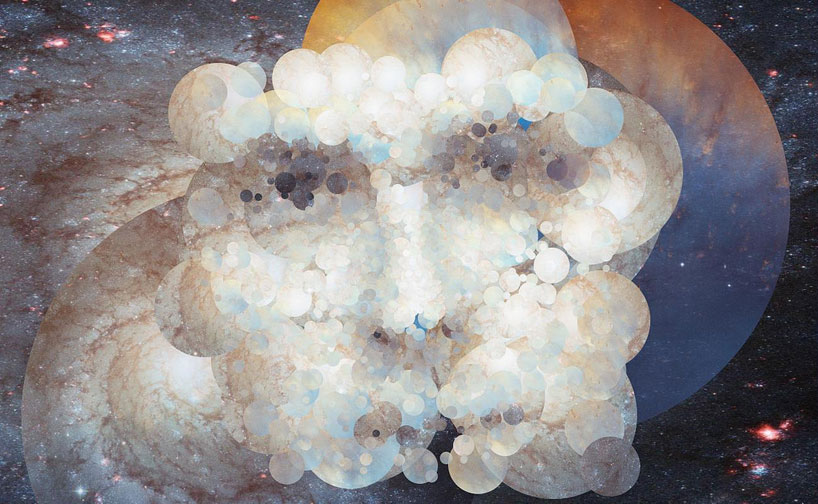 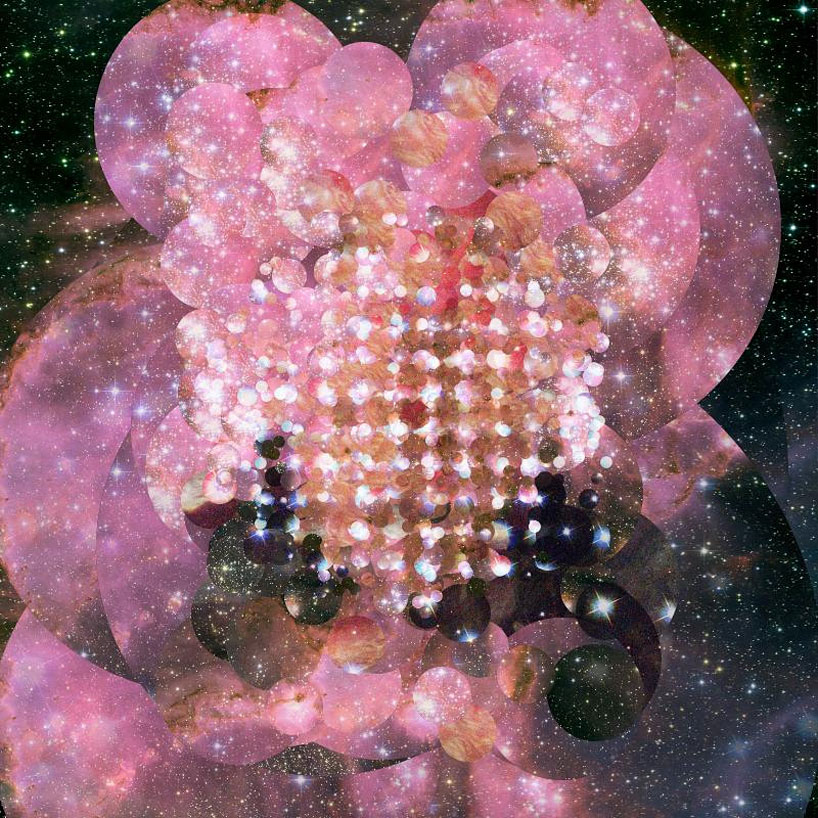 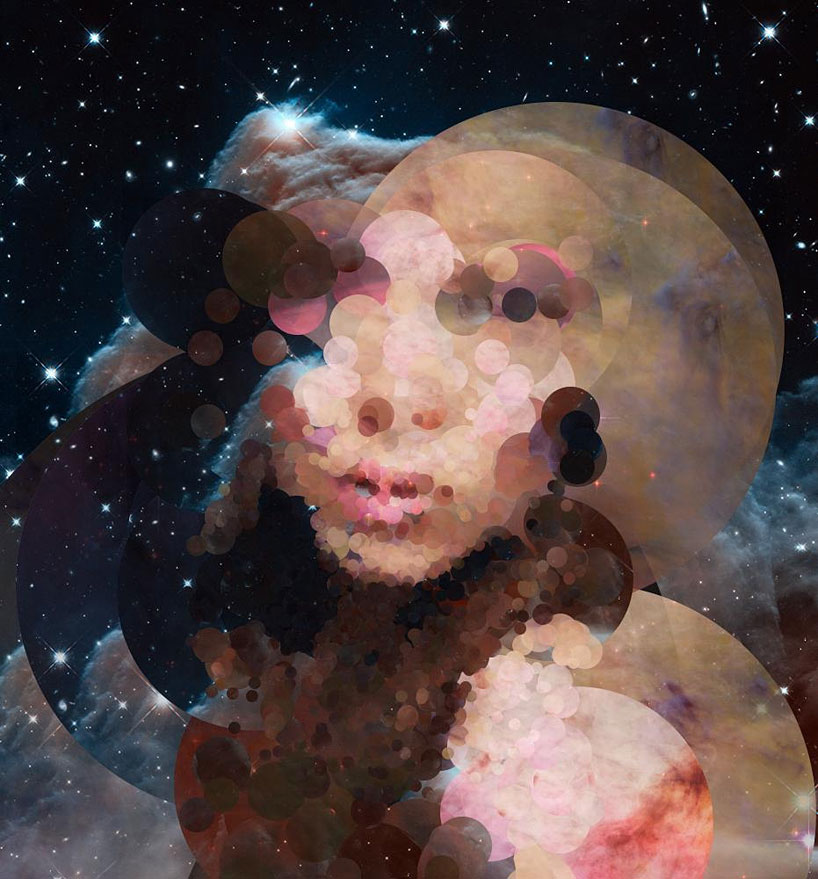 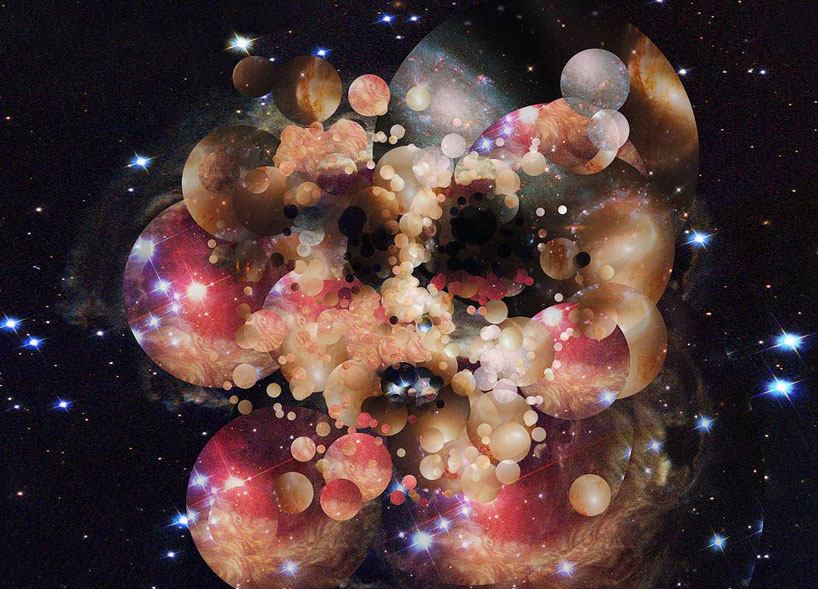 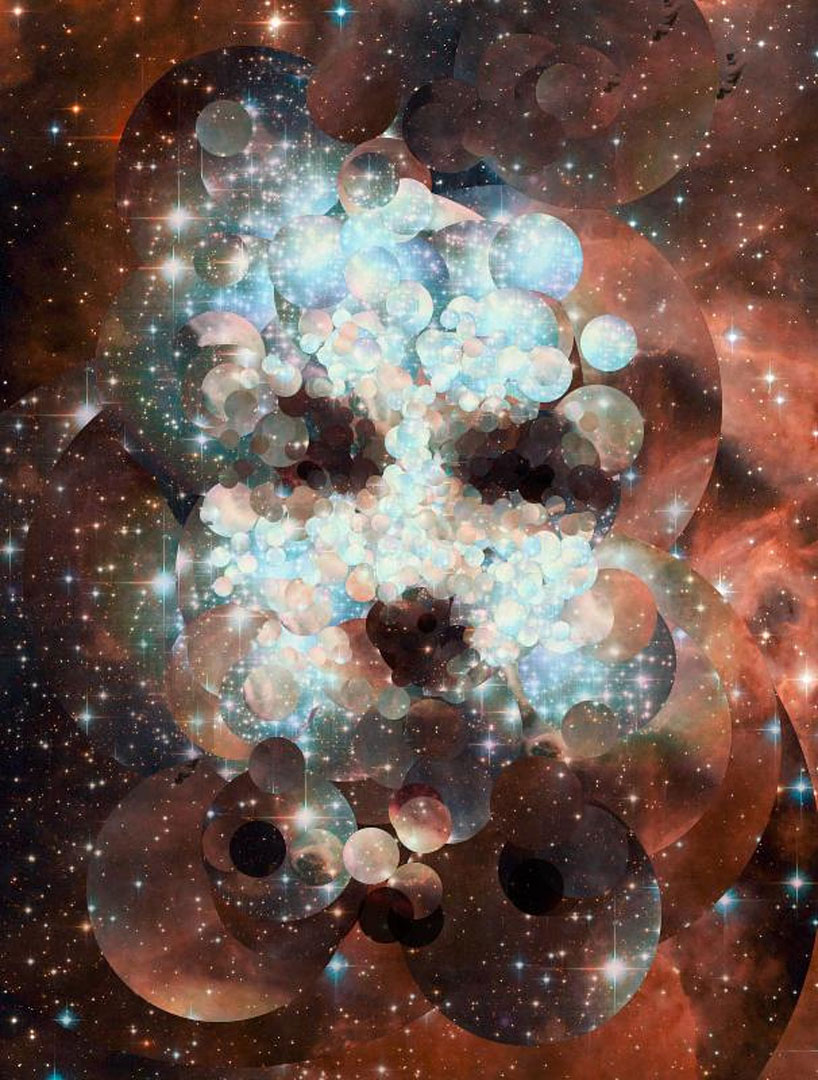 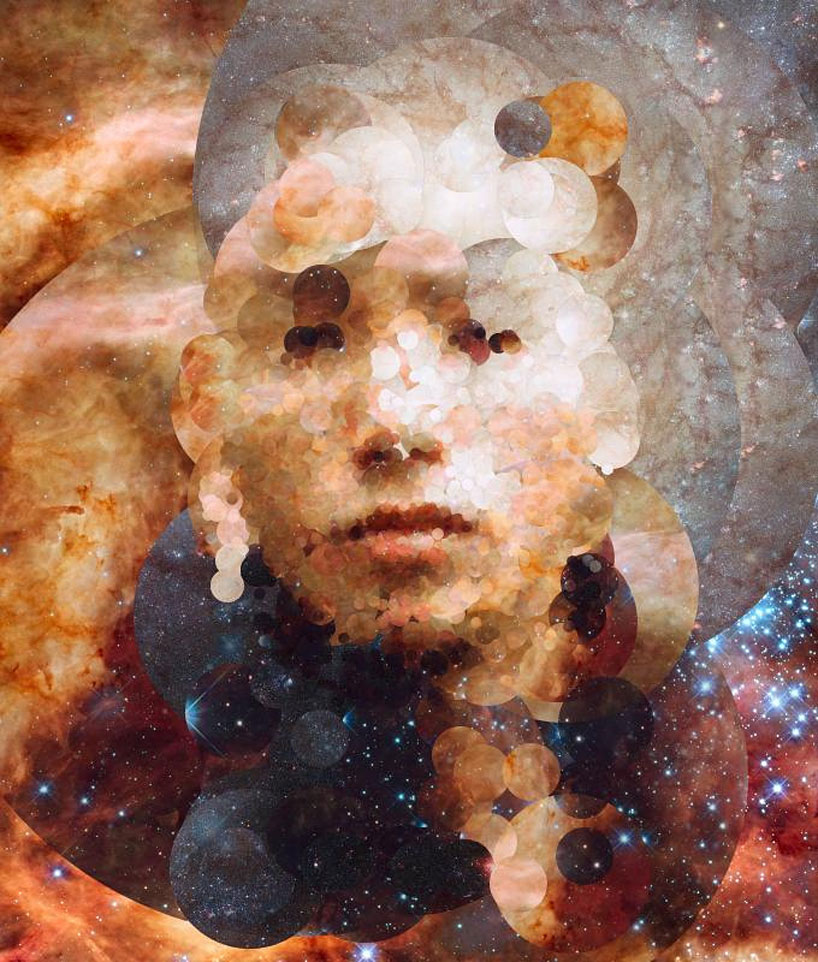 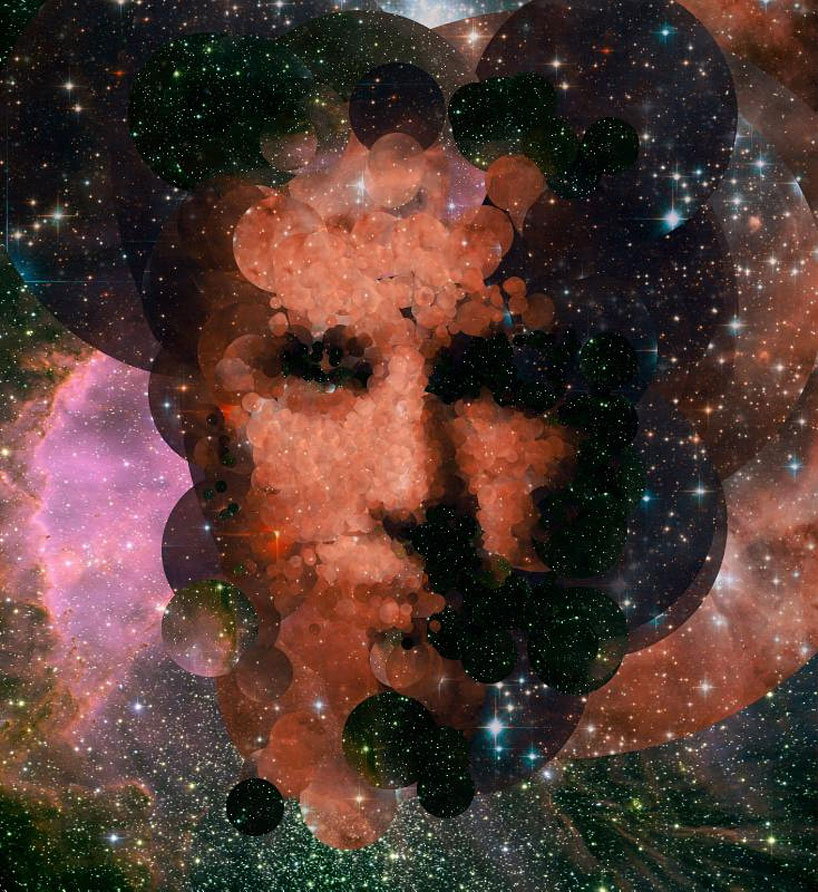 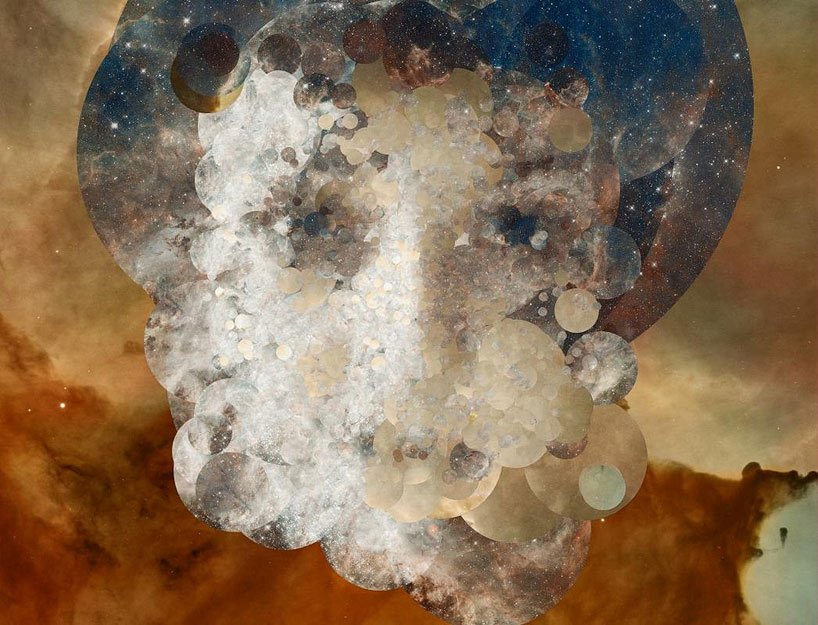 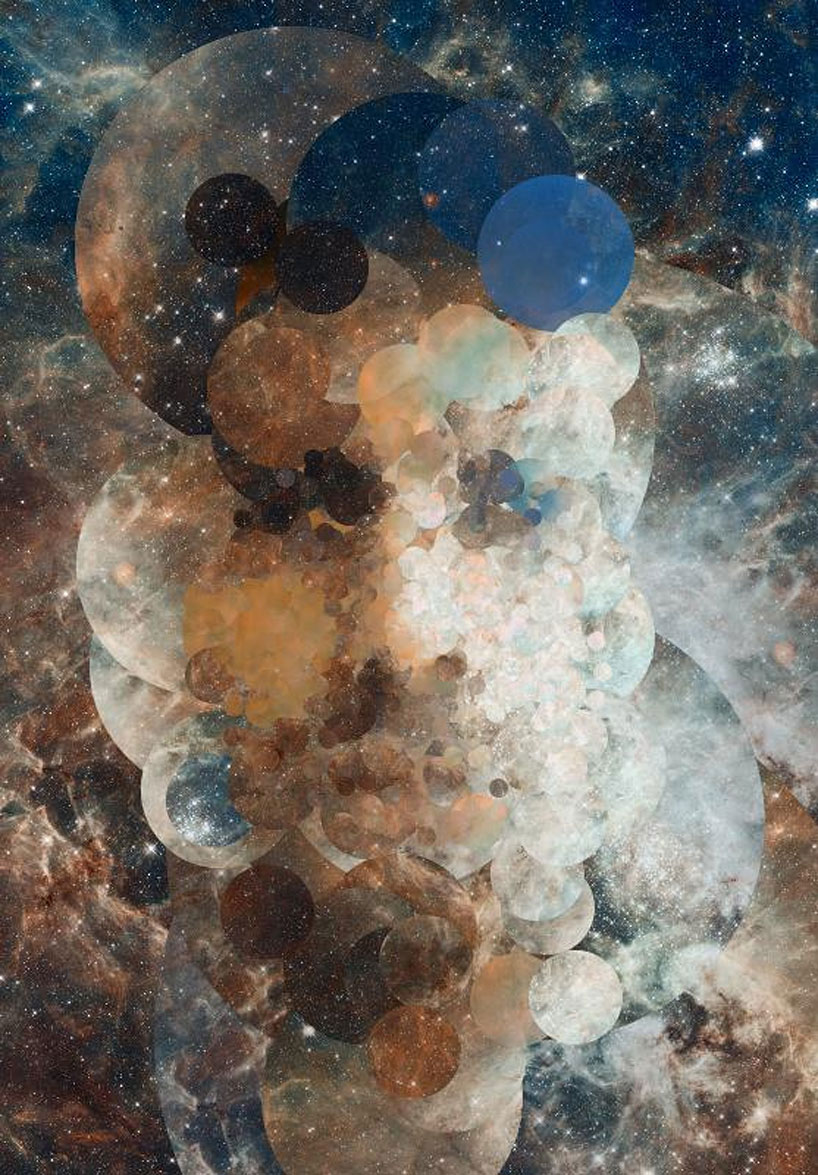 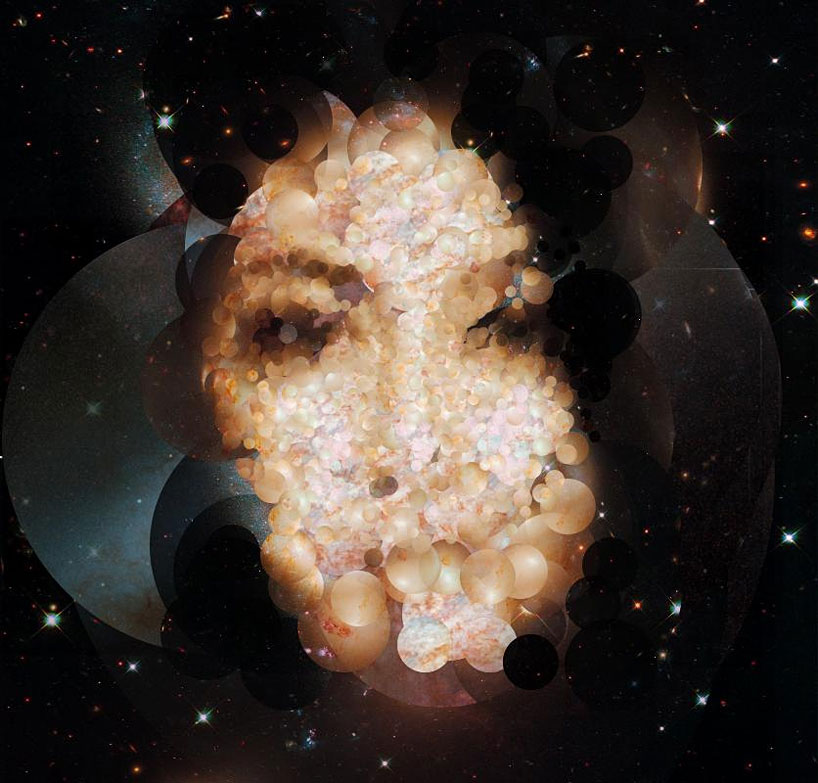 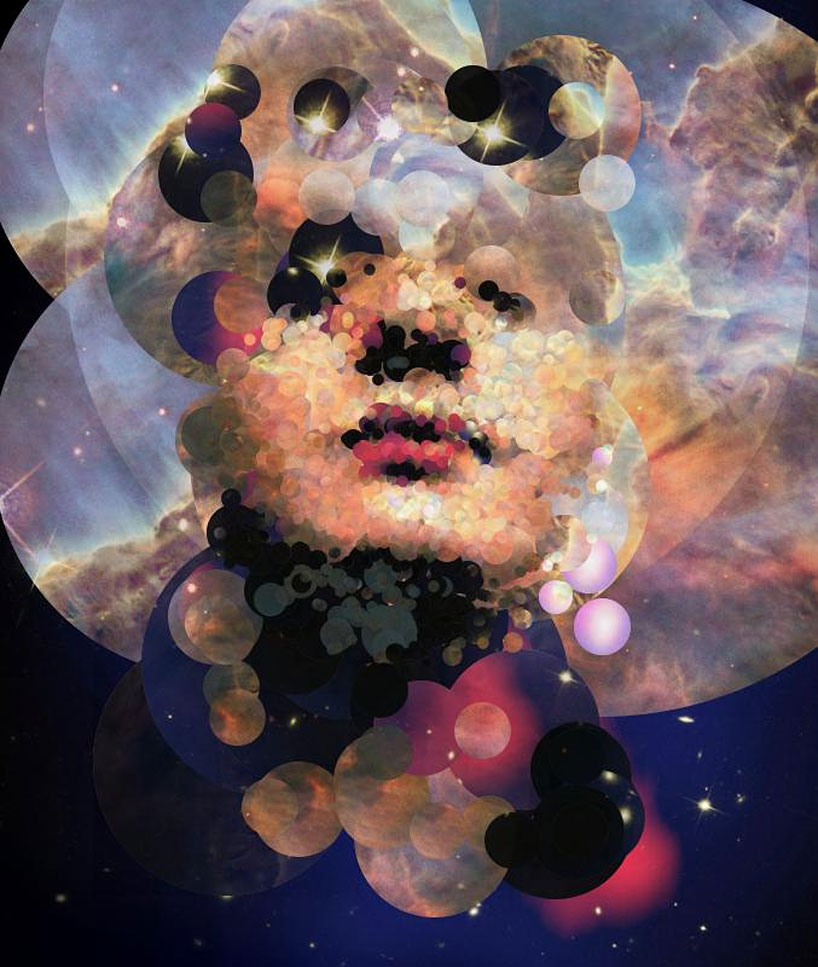 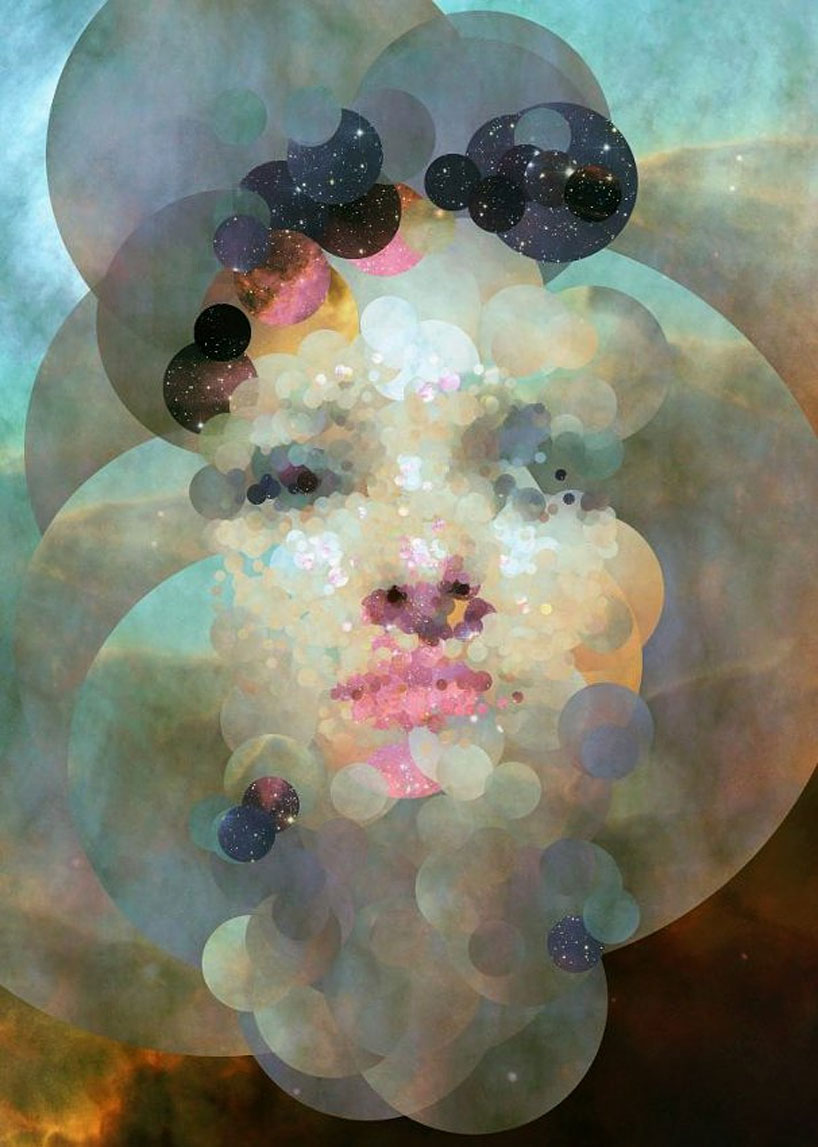 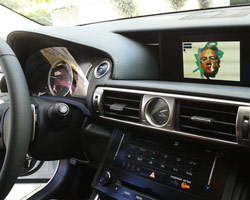