following his giggle-inducing series of underwater puppies — comprising a collection of tiny aquatic pooches making a splash — seth casteel aims his camera at a second subject: babies. more than 70 previously unpublished photographs are brought together for casteel’s latest book ‘underwater babies‘, which dives in to the chubby-cheeked, curious and mischievous world of tots as they explore the underwater world, sometimes for the first time.

teaming up with a swimming school in dallas, texas, the american photographer captured the aquatic toddlers alongside their parents and instructors, making the photo session about more than just play and pleasure. in fact, the ‘underwater babies’ series has been realized in the hopes of raising awareness for the need to teach children to swim at a young age. 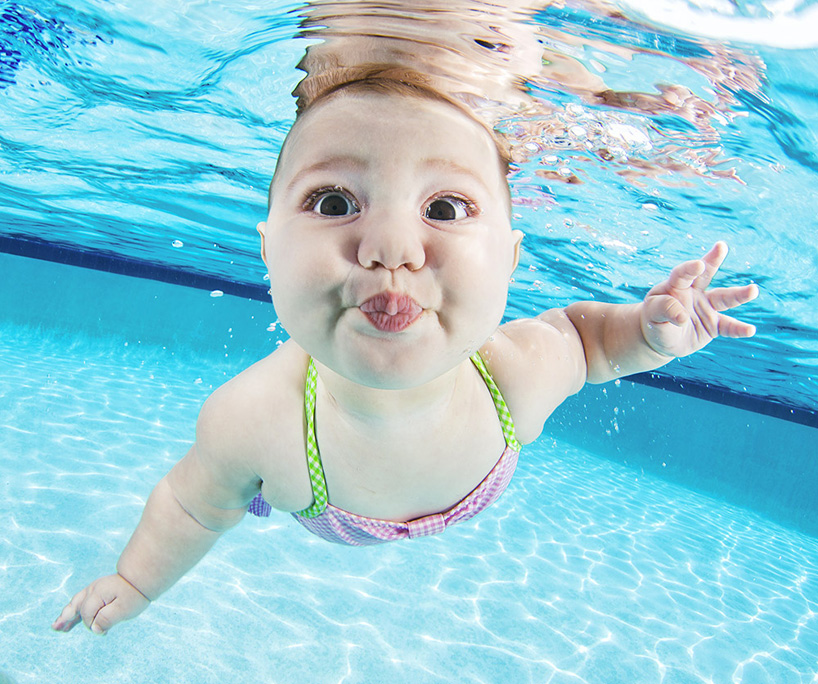 ‘through advocating water safety for pets, I became aware that water safety for children was also very serious issue’ casteel explains. ‘drowning is the #1 cause of accidental death of children under the age of five in the united states. infant swimming lessons can help to reduce the risk of drowning by up to 88%. by creating this book, I hope to encourage and inspire parents to consider swim lessons for their children, with the ultimate goal of preventing tragedies.’ 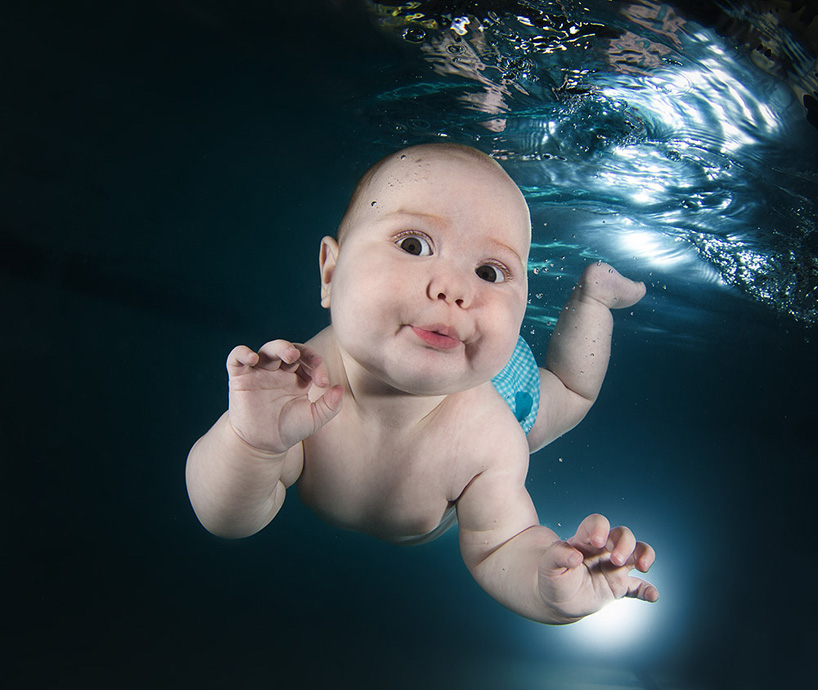 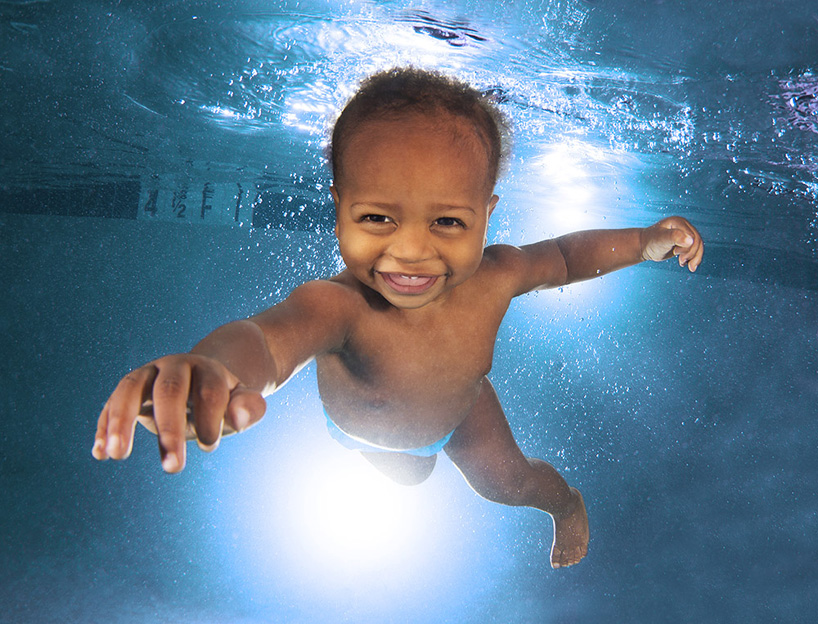 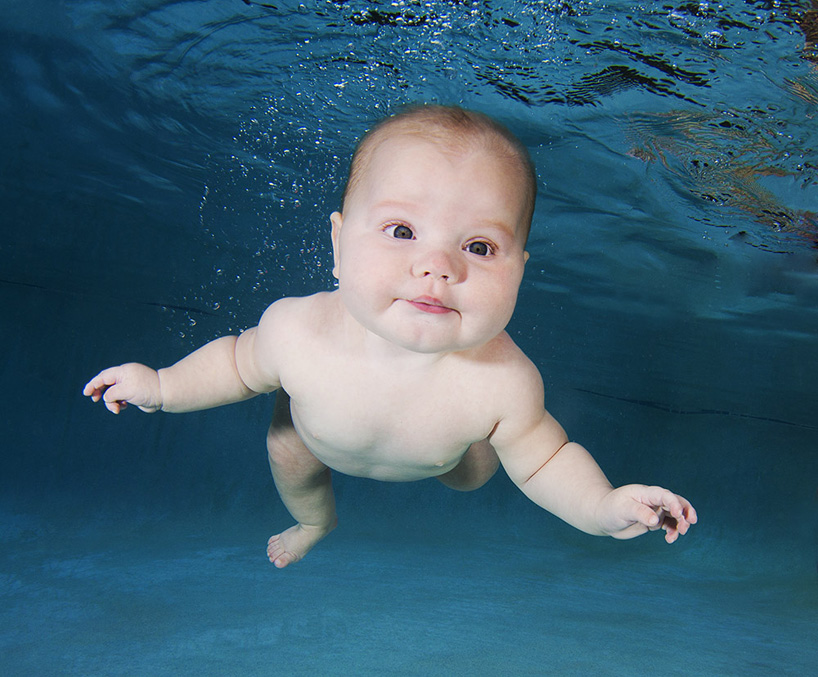 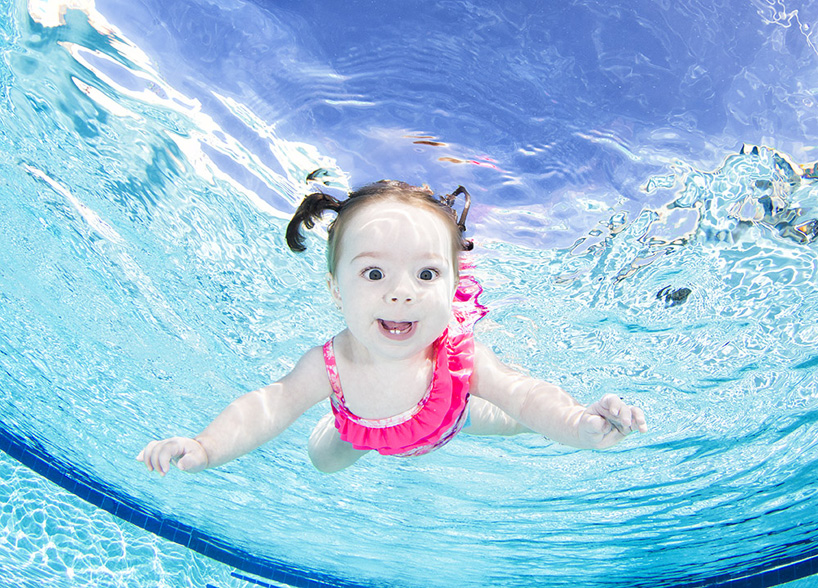 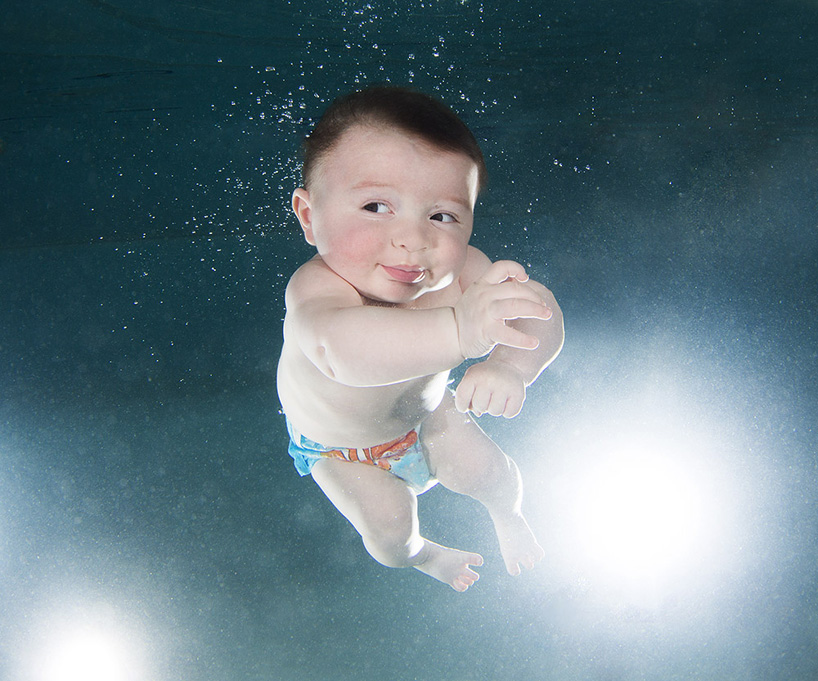 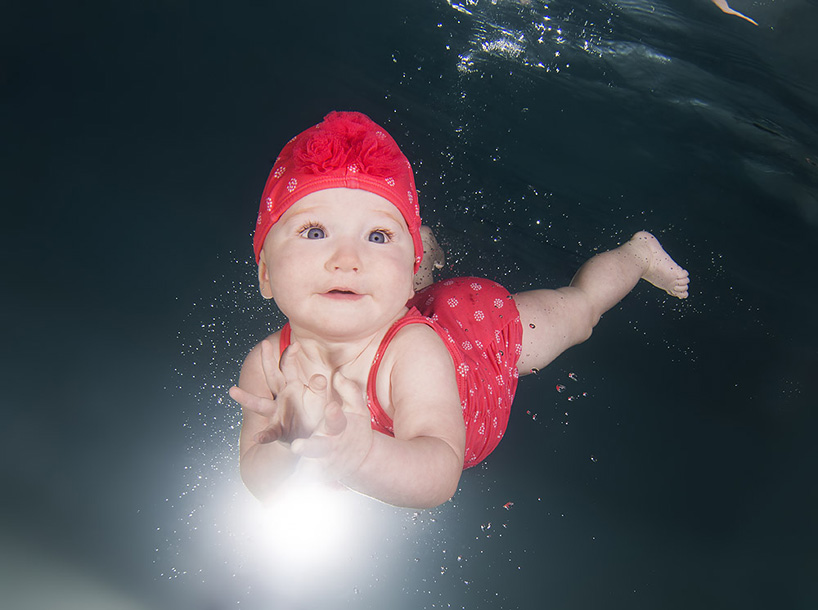 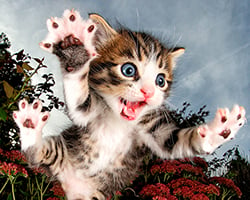 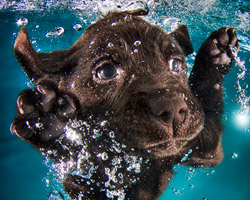