artist to be out of breath, 1991 mixed media image © designboom

seungtaek lee (b. 1932 kowon, korea)’s sculptures and environmental interventions take their inspiration from elemental natural forces, as well as libidinal drives and bodily processes. much of his work in environmental intervention shares a kinship with both american land art and korean shamanic traditions and embraces chance and ephemerality in its attempts to form a collaborative partnership with natural phenomena such as fire, water, wind and smoke (each of which lee has made the subject of a series of works). in addition to these elemental works, lee has also intervened in the landscape to create massive, painterly abstractions that employ watercolor, moss and a host of other materials to transform the land into a canvas.

exhibiting at the gwangju art biennale is ‘the artist to be out of breath’ (1991), a monumental, double self-portrait which consists of bales of old clothes bound together into spindly, multi-limbed armatures that sprout two massive, scowling heads. these twisted, body-like arrangements are displayed sprawled out on the floor, as if suffering from exhaustion, and are tenuously connected by a length of black and white checked wooden beam, something of a signature for lee. at first, this tortured array seems suggestive of two warring sides of the artist’s personality that have managed to reach a fragile equilibrium. lee’s larger output from this period deals in large part with the division of korea, and the representation of a divided self can be read as an allegory of a state torn apart by war and ideological differences. 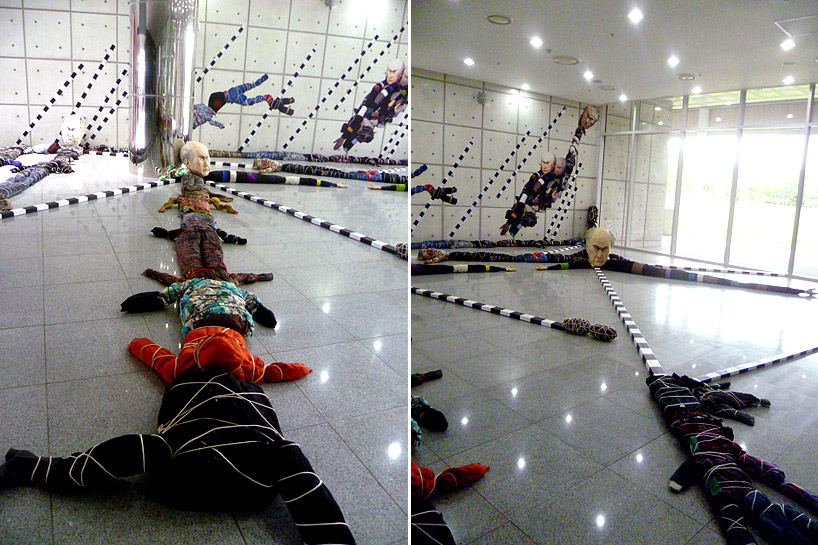 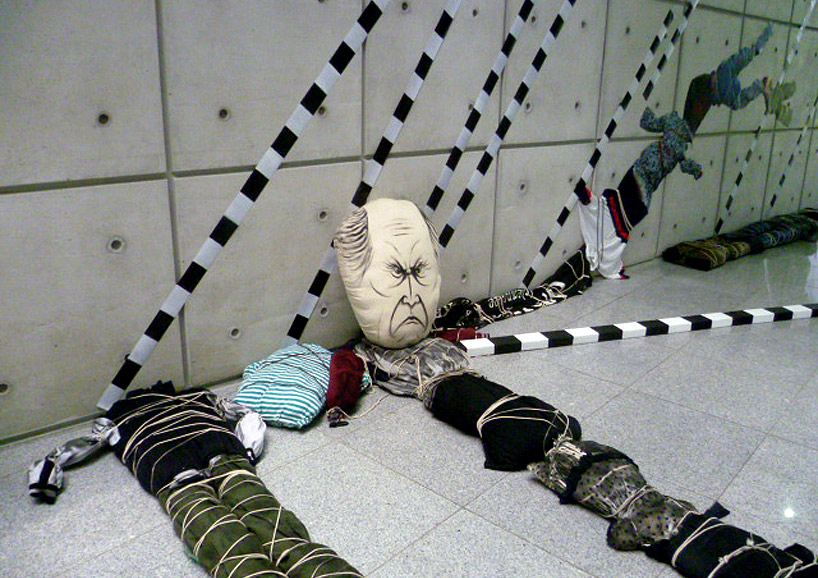 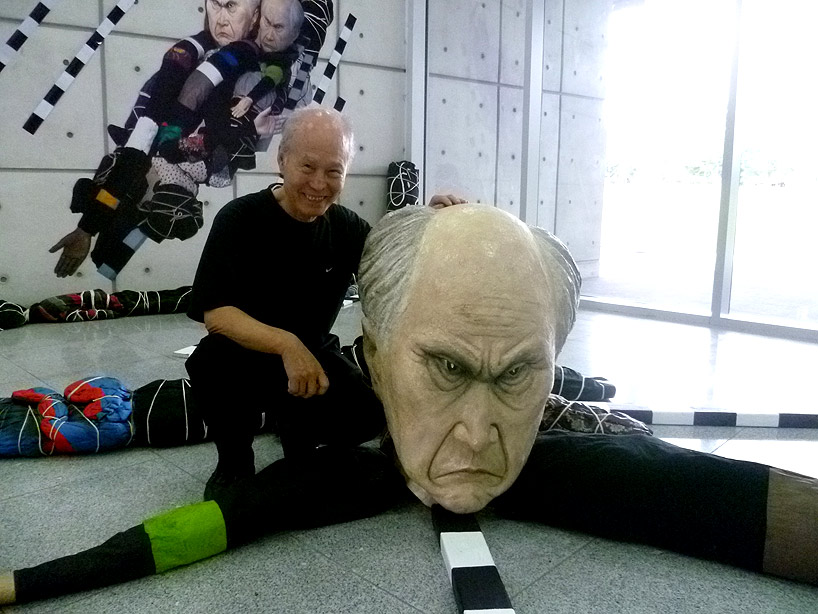 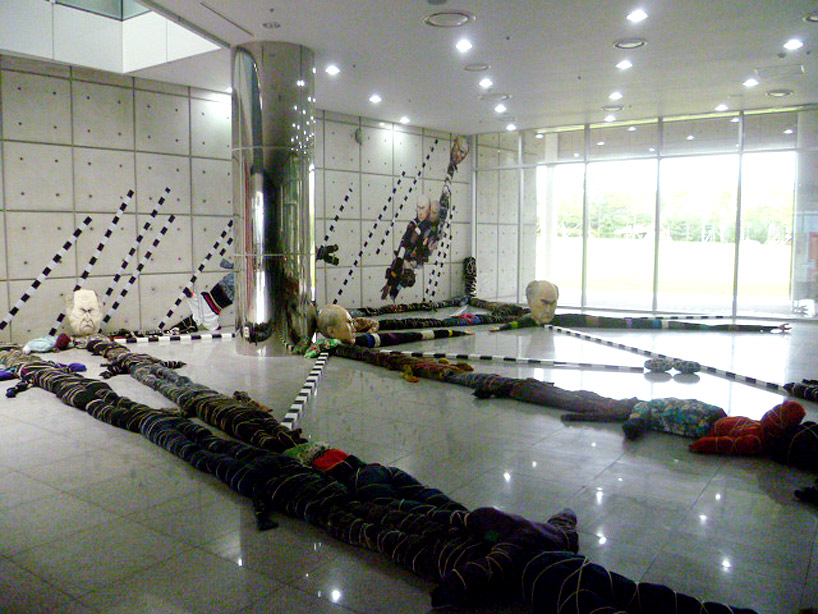