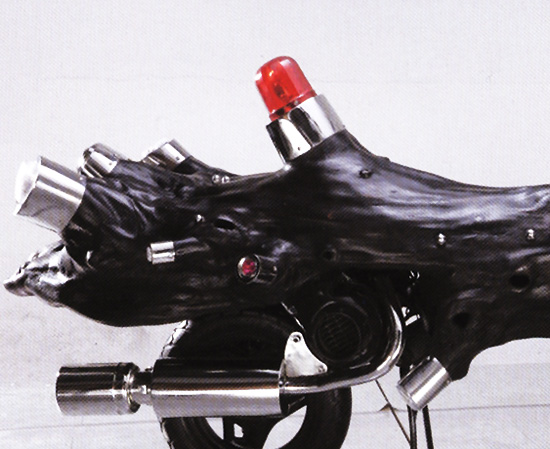 ‘I just want to know what a big tree – which is four or five meters long – with a speed of more than one hundred km per hour looks like.’ the artist says. 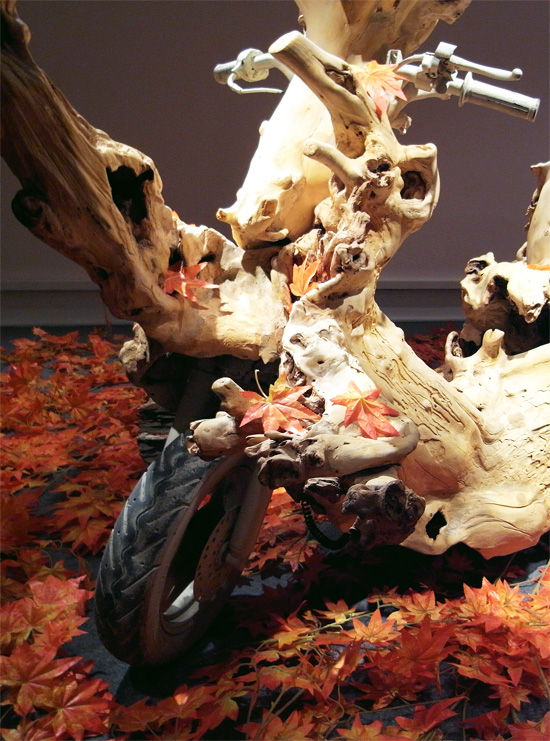 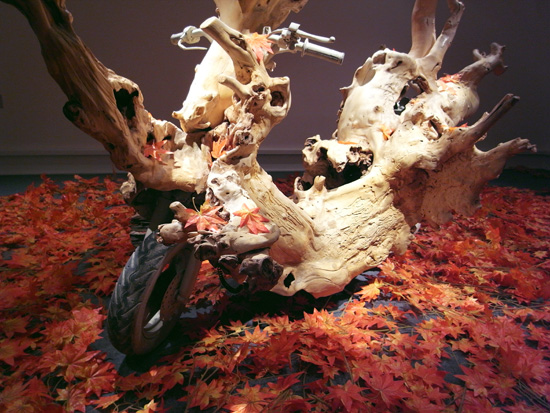 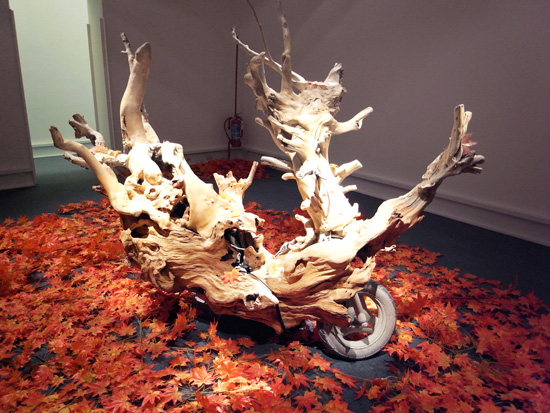 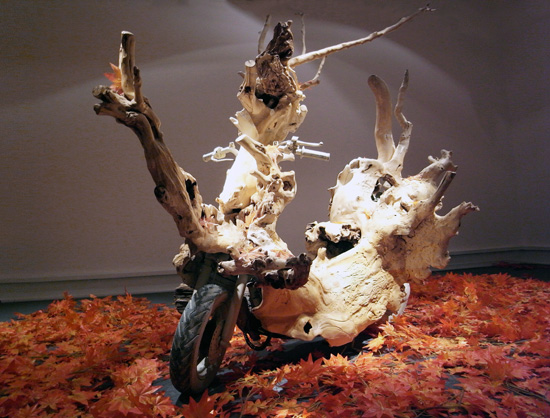 shi jinsong’s work is currently part of ‘china – contemporary revival‘, an exhibition at the palazzo reale, milan, italy. on display is a selection of more than 180 art works including paintings, sculptures, installations and videos by 50 contemporary chinese artists. on show from december 11, 2009 to february 7, 2010. 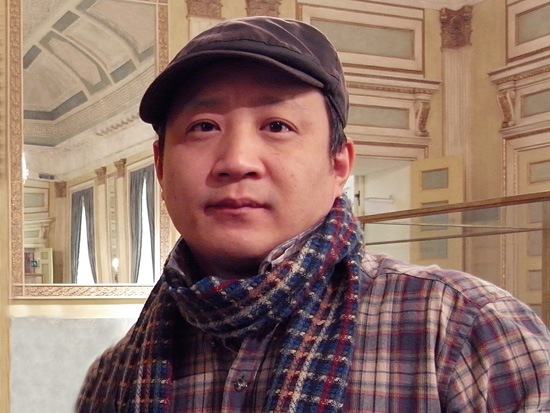 shi jinsong was born in danyang county, hubei province in 1969, he enrolled at the hubei academy of fine arts in 1994, majoring in sculpture and mastering a gamut of traditional techniques. under the influence of three powerful stimuli – radical socio-cultural change in china; a reading of foucault’s madness and civilization; and the birth of his first daughter – the artist began to investigate ideas of transformation and control. he lives and works in wuhan and beijing, china. 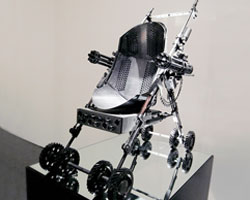