japanese artist shimabuku ironically documents the history of humanity, comparing ancient tools with modern instruments to create a sort of ‘museum’ of every daily life. at the venice art biennale 2017 — presented as part of ‘viva arte viva’ curated by christine macel — shimabuku is exhibiting an installation video titled ‘sharpening a macbook air’, which builds on his fascination with human culture. 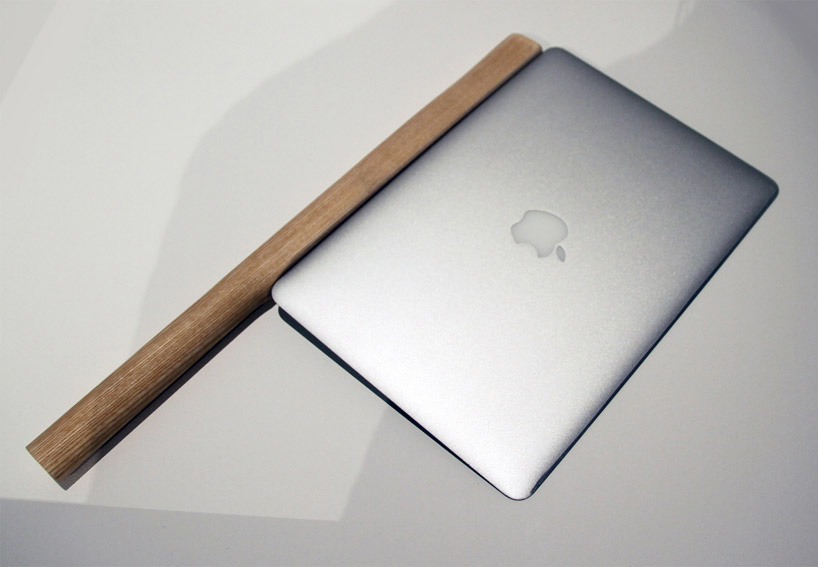 ‘sharpening a macbook air’ shows shimabuku scraping the end of a laptop against a hard stone by hand. as the computer’s surface meets the rock, it gradually chisels away at its blunt surface, eventually rendering it blade-like. finally, the artist uses the mac apparatus to ironically slice an apple in half. using the most elementary of techniques, which has been used since the beginning of time, shimabuku renders the digital instrument a seemingly ancient tool. the installation is presented at the venice art biennale as a physical, axe-like object alongside a film showing the artist’s interaction with it. 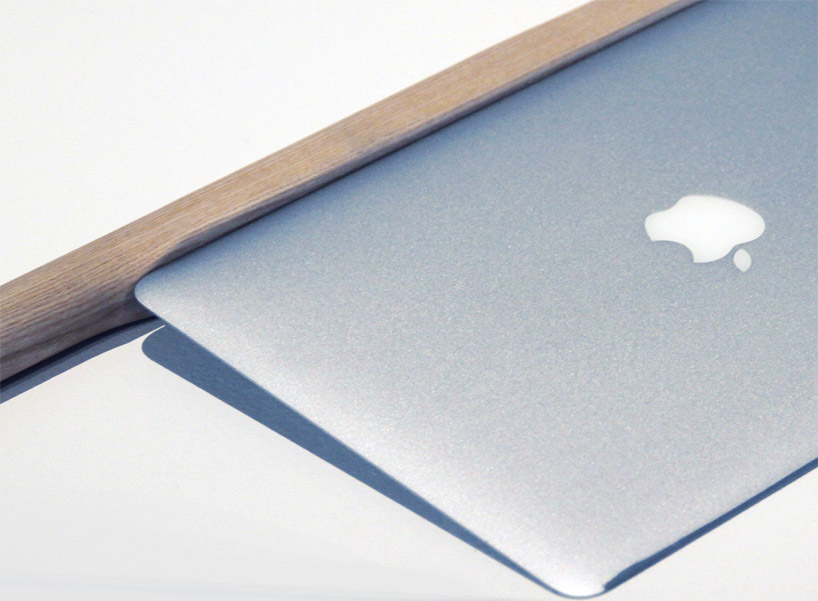 the computer has been sharpened by hand to become blade-like

at the end of the video, the artist uses the macbook ‘blade’ to ironically cut a real apple 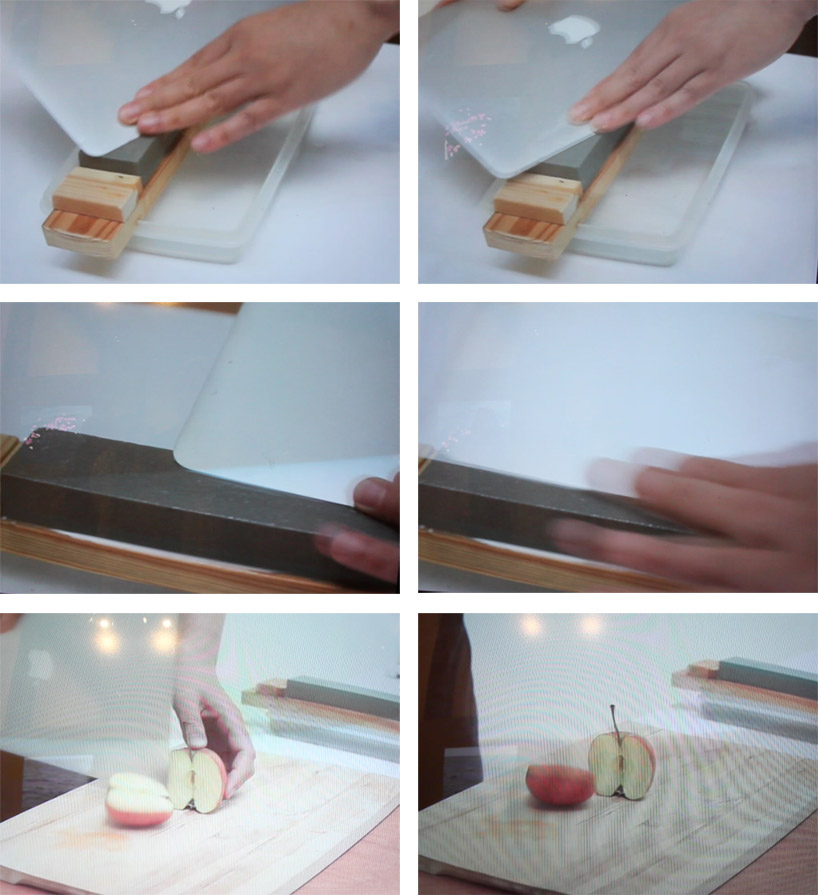 stills from the video show the process of sharpening the computer, and then using it as a tool