lisson gallery is currently showing an exhibition of new work by the artist shirazeh houshiary. the exhibition includes previously unseen large scale canvases, smaller paintings and sculpture. also on display is houshiary’s first film-based work shown on a LCD screen. for this exhibition houshiary has created seven new large-scale paintings. executed on either black or white monochromatic canvas the delicate markings of her pencil are elusive and change in our vision over time. each mark represents a word, the meaning of which remains unknown. — lisson gallery website: http://www.lissongallery.com 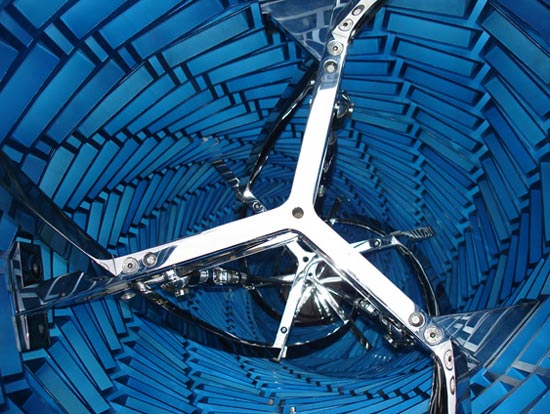 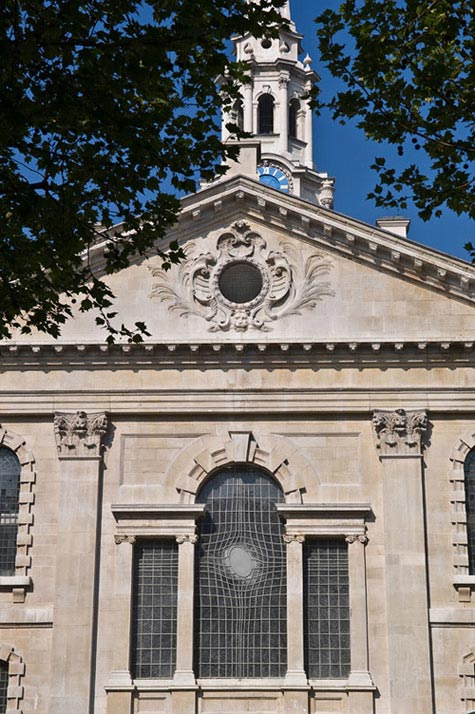 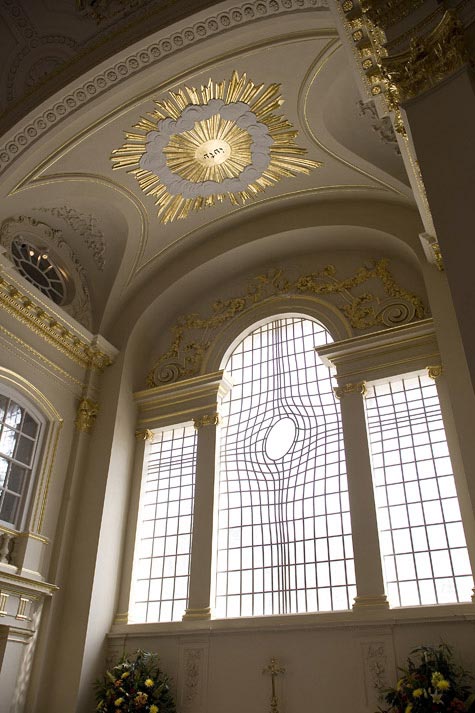 shirazeh houshiary was born in shiraz, Iran and has lived and worked in london since the mid-1970s. she studied at chelsea school of art and has been awarded professorship at the london Institute. she was nominated for the turner prize in 1994. her work can be found in major public collections worldwide including MOMA, new york; guggenheim, new york; the british council collection, london. recent projects include bloom, 2006, a six-metre tower permanently installed in midtown tokyo. over the past year houshiary has worked on a new east window for st martin-in-the-fields, which will be unveiled in late april 2008. — shirazeh houshiary website: http://www.shirazehhoushiary.com

via http://www.kultureflash.net
andy butler I designboom