a giant blue cockerel is the newest installation to occupy fourth plinth in london’s trafalgar square. designed by german artist katharina fritsch, the nearly 5-meter high, bright blue bird soars amongst the surrounding historical architecture. throughout art, the rooster is seen as symbol of regeneration, awakening and strength which fritsch reflects in a humanistic way. ‘people can see themselves, their character, in animals’, she says. the sculptural portrait of the domestic bird characterises london’s dynamism, creativity, and sense of humor. this is the ninth installation to come out of the fourth plinth programme and will reside in the square for the next 18 months. 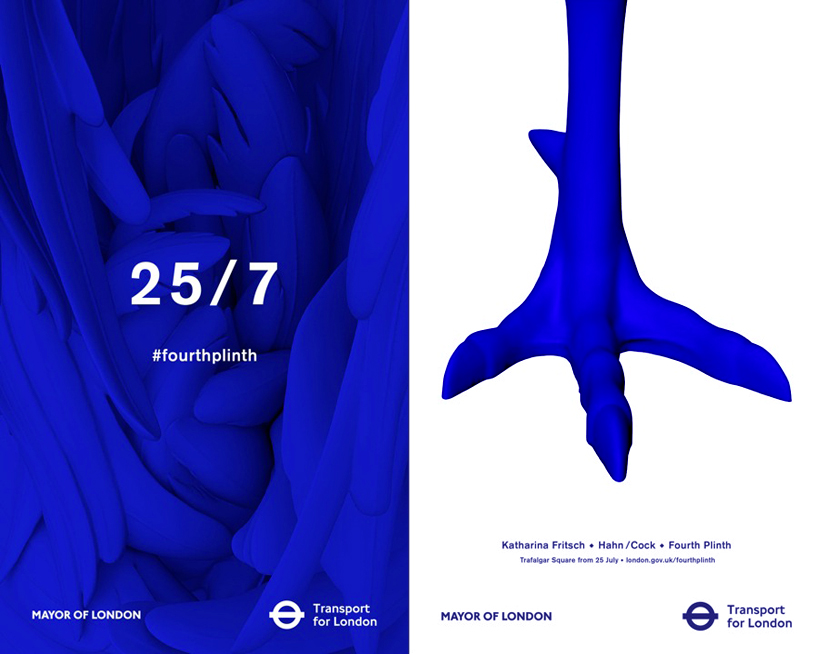 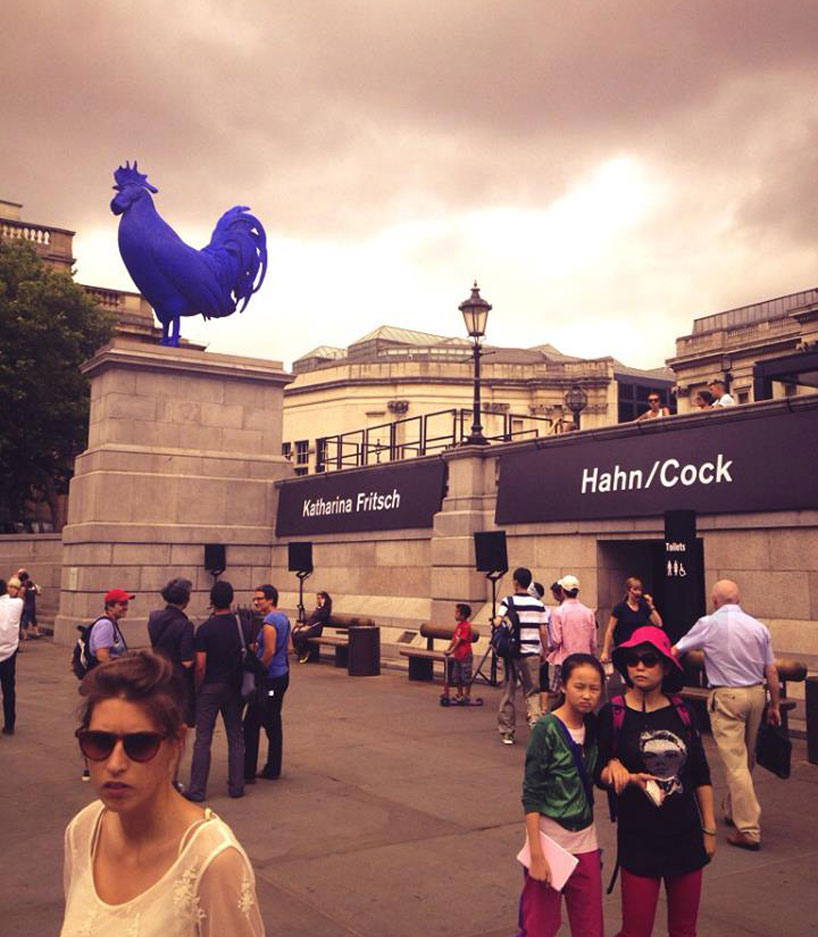 models of the shortlisted proposals for london’s fourth plinth commission were first presented in the summer of 2010 in the foyer of nearby st-martin-in-the-fields church. which included a floating fictional mountainscape by mariele neudecker, oversized battenberg by brian griffiths, an organ made from ATM machine forms by allora and calzadilla and a golden boy on a rocking horse by elmgreen & dragset which was realized in the square in the summer of 2012. 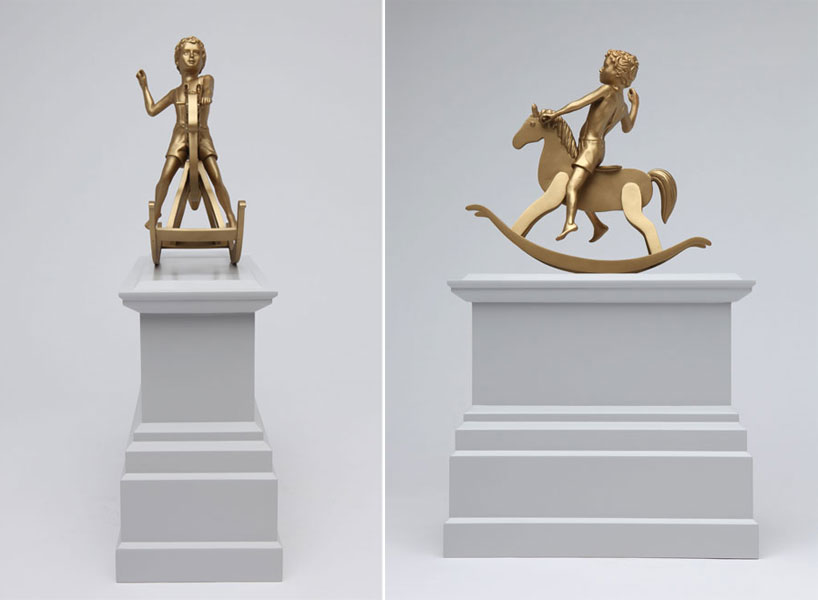 powerless structures, fig. 101 by elmgreen & dragset
in this portrayal of a boy astride his rocking horse, a child has been elevated to the status of a historical hero, though there is not yet a history to commemorate – only
a future to hope for. elmgreen & dragset’s work proposes a paraphrase of a traditional war monument beyond a dualistic worldview predicated on either victory or defeat.
instead of acknowledging the heroism of the powerful, powerless structures, fig. 101 celebrates the heroism of growing up. it is a visual statement celebrating expectation and change rather than glorifying the past. see designboom’s full coverage of elmgreen & dragset’s 2012 installation of the golden boy on a rocking horse here. 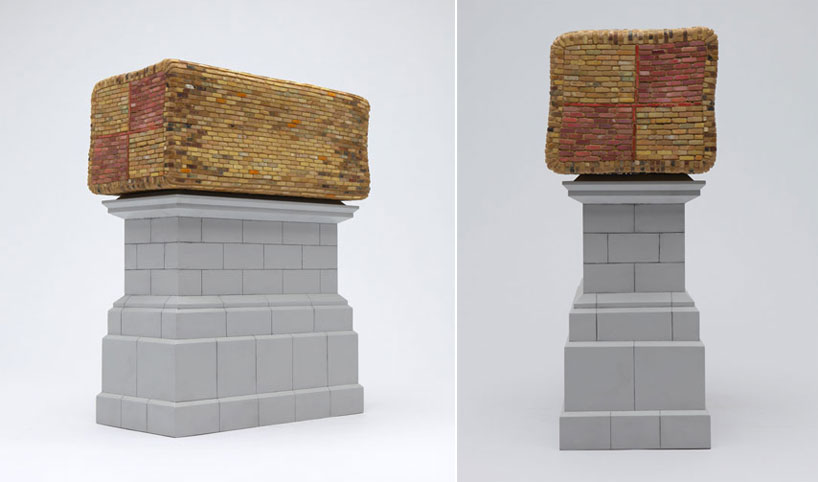 battenberg by brian griffiths
the battenberg cake was invented on the advent of the marriage of queen victoria’s granddaughter – princess victoria of hesse – to prince louis of battenberg in 1884. as such, the pink and yellow cake is a humble commemoration of the victorian era and a link with a british past that has slowly crumbled. 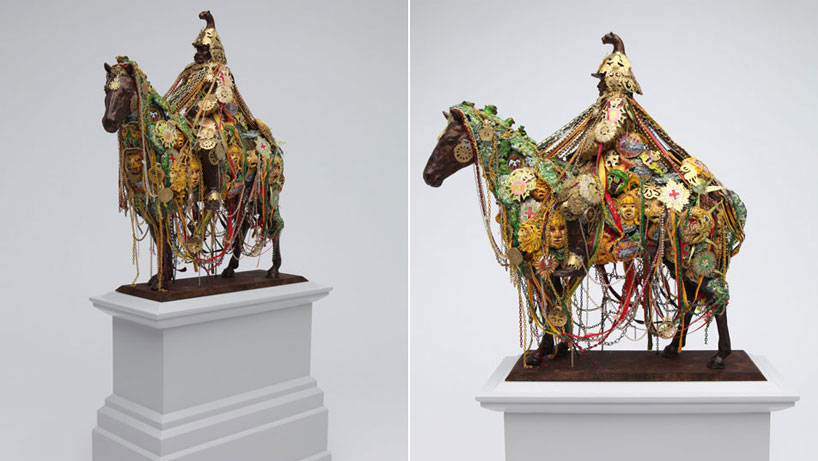 sikandar by hew locke
sikandar replicates the statue of field marshal, sir george white (1835 – 1912) that stands in portland place and transforms it into a fetish object. the sculpture will be embellished with
horse-brasses, charms, medals, sabres, ex-votos, jewels, bactrian treasure and hellenistic masks, creating layers of material and meaning with multiple possible readings. 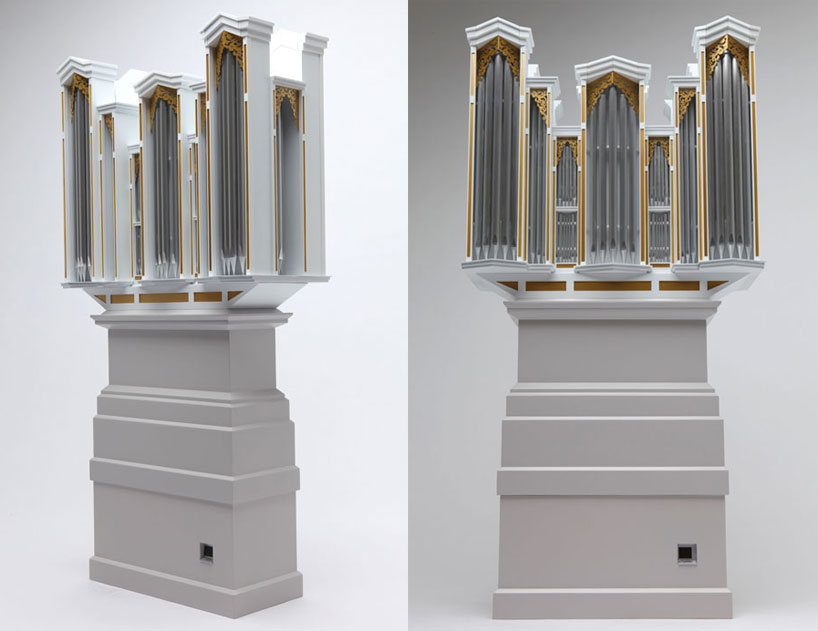 untitled (ATM/organ) by allora and calzadilla

untitled (ATM/organ) consists of installing an automated teller machine (ATM) in the fourth plinth, connected to a functioning pipe organ which will produce sound by driving  pressurised air through pipes selected via the atm machine keyboard. each time customers press the ATM keyboard to access bank accounts worldwide to make cash withdrawals, credit card cash advances, account balance inquiries and so on, it will trigger the pipe organ to produce a range of notes and chords at varying degrees of loudness which will reverberate throughout trafalgar square. 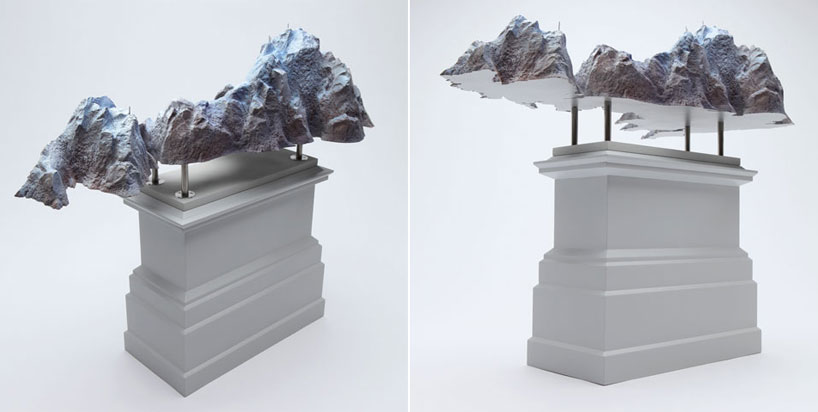 it’s never too late and you can’t go back, mariele neudecker

it’s never too late and you can’t go back is elevated above the plinth and represents a fictional mountainscape. it is ‘specific in its dramatically modelled detail’ and if viewed from above reveals the flipped and reversed shape of britain. from below, the map is the right way around and more familiar. the juxtaposition of different views shifts the observer’s perception of the mountain from majestic and generic landscape to territorial space.

katharina fritsch
is one of germany’s leading contemporary artists. born in essen, fritsch studied at the kunstakademie in dusseldorf and has exhibited widely across europe, japan and the usa. she represented germany at the 1995 venice biennale and has been the subject of exhibitions at dia centre for the arts, new york, the san francisco museum of contemporary art, tate modern, the museum of contemporary art, chicago, and k21, duesseldorf. her work is represented in many significant permanent collections including the museum of modern art (moma), new york, schaulager, basel and museum of modern art, frankfurt. 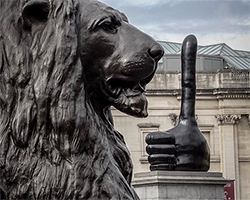 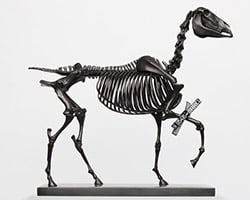 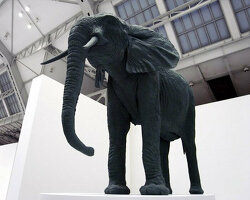 Jan 06, 2010
katharina fritsch at the deichtorhallen part I