joseph ernst and jan van bruggen of sideline collective have reorganized all 1,364 pages of the king james bible into alphabetical order. this immense undertaking marks part of a project to convert seminal books into something objective, quantifiable, and analytical: data. and with this first book, ‘BIBLE THE’, the pair have broken down the world’s most famous publication, allowing us to see which words are used most often. 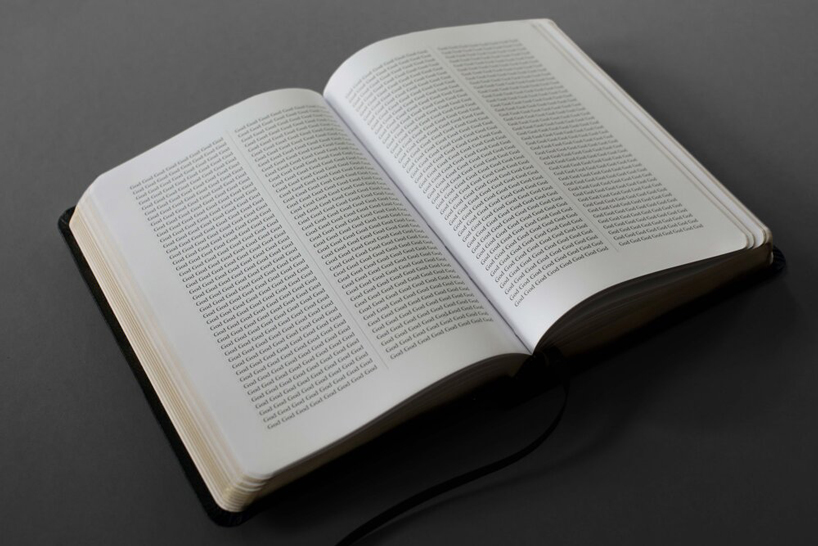 to make BIBLE THE, ernst and van bruggen used a custom-made piece of software. they’ve taken the entire text of the bible and reorganized it alphabetically from a-z. this distills each text down to its lowest common denominator. it highlights the importance people tend to place on the order of said words – and their meaning – and allows for new and interesting interpretations of the written word, in much the same way as an abstract painting might. 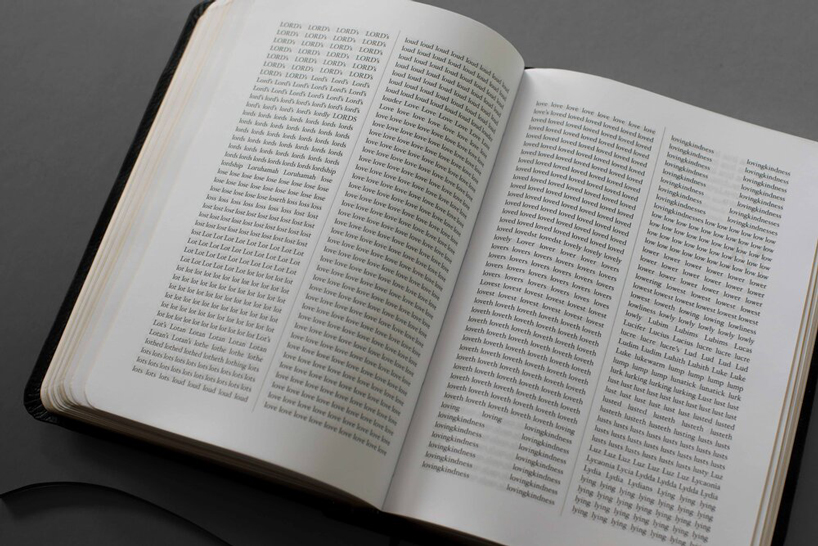 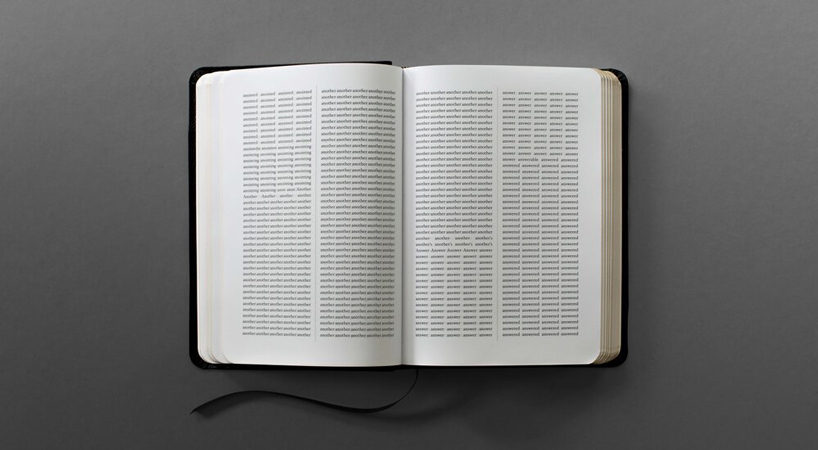 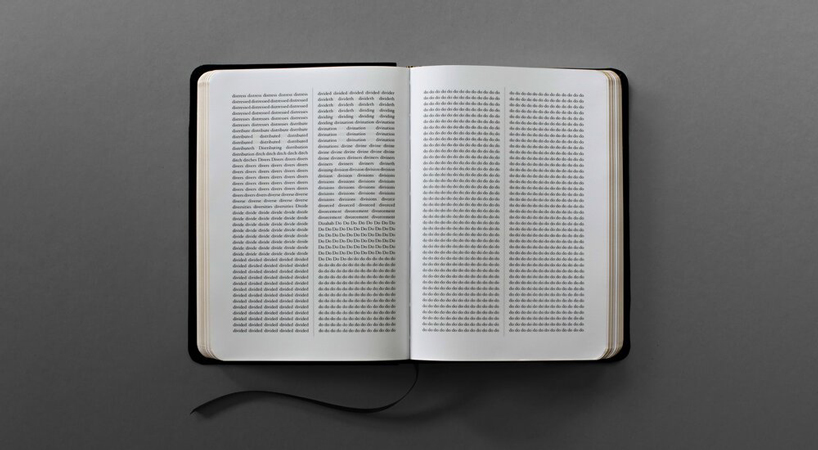 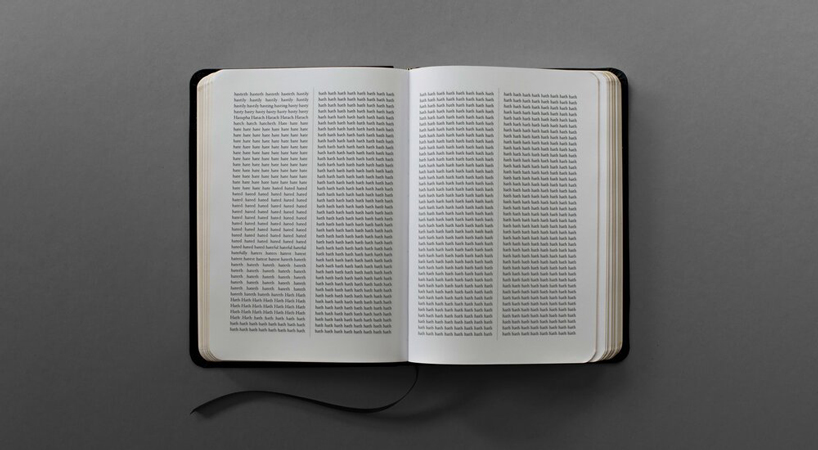 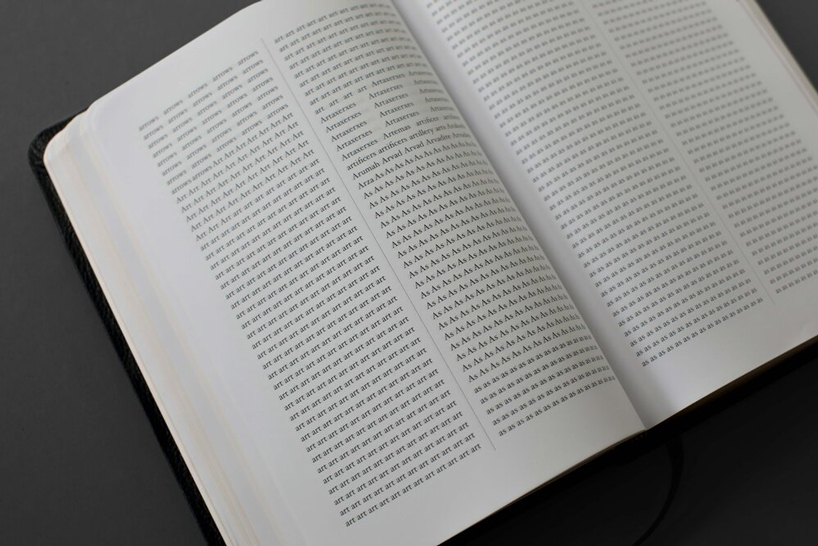 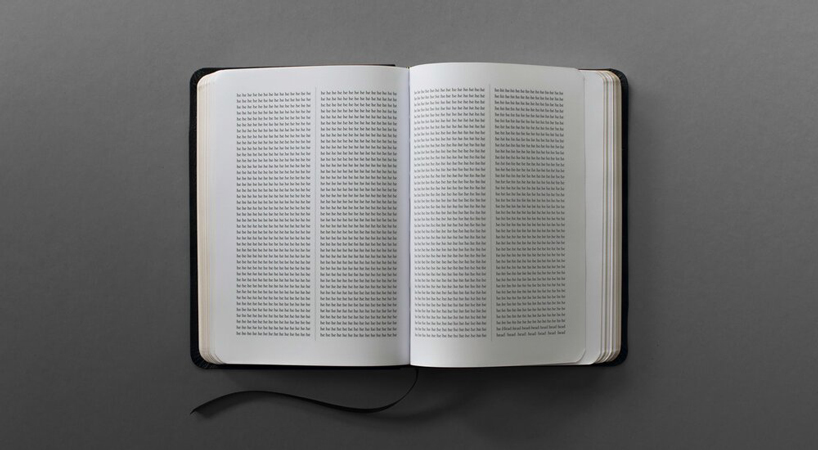 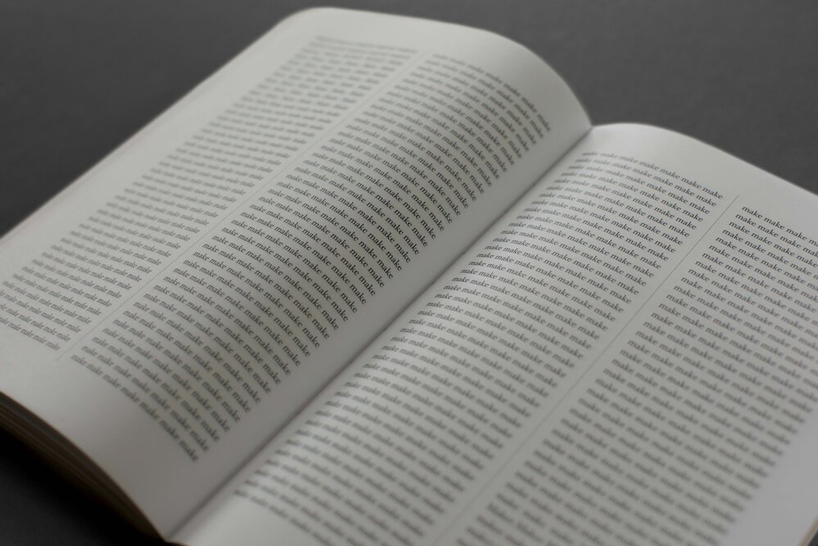 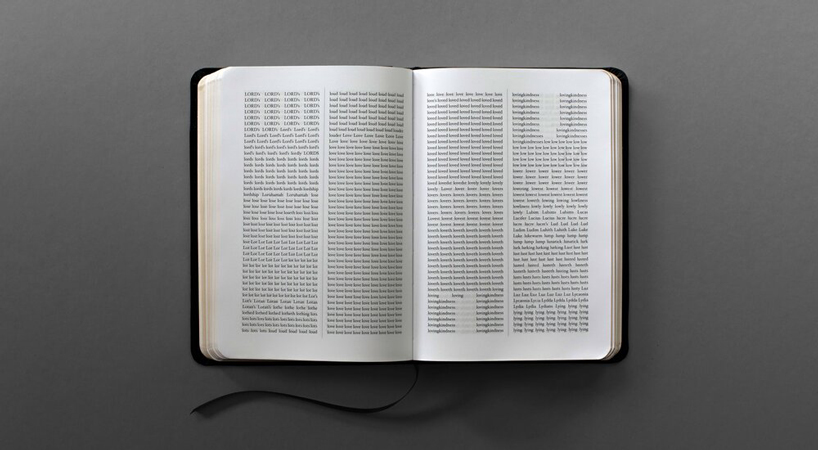 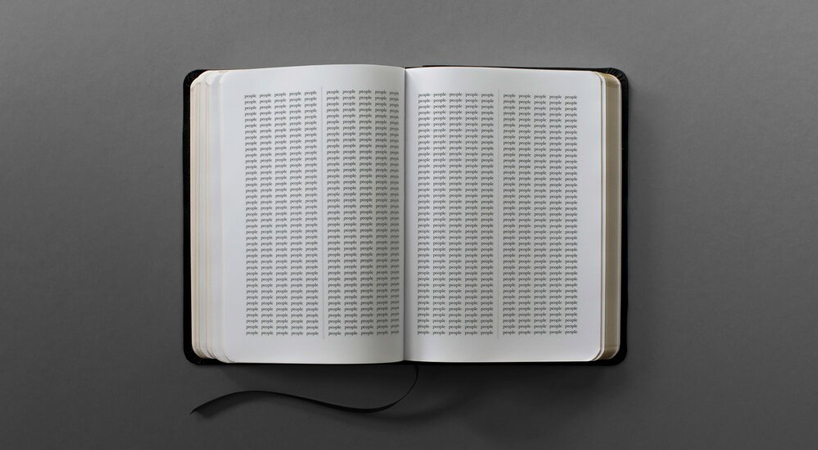 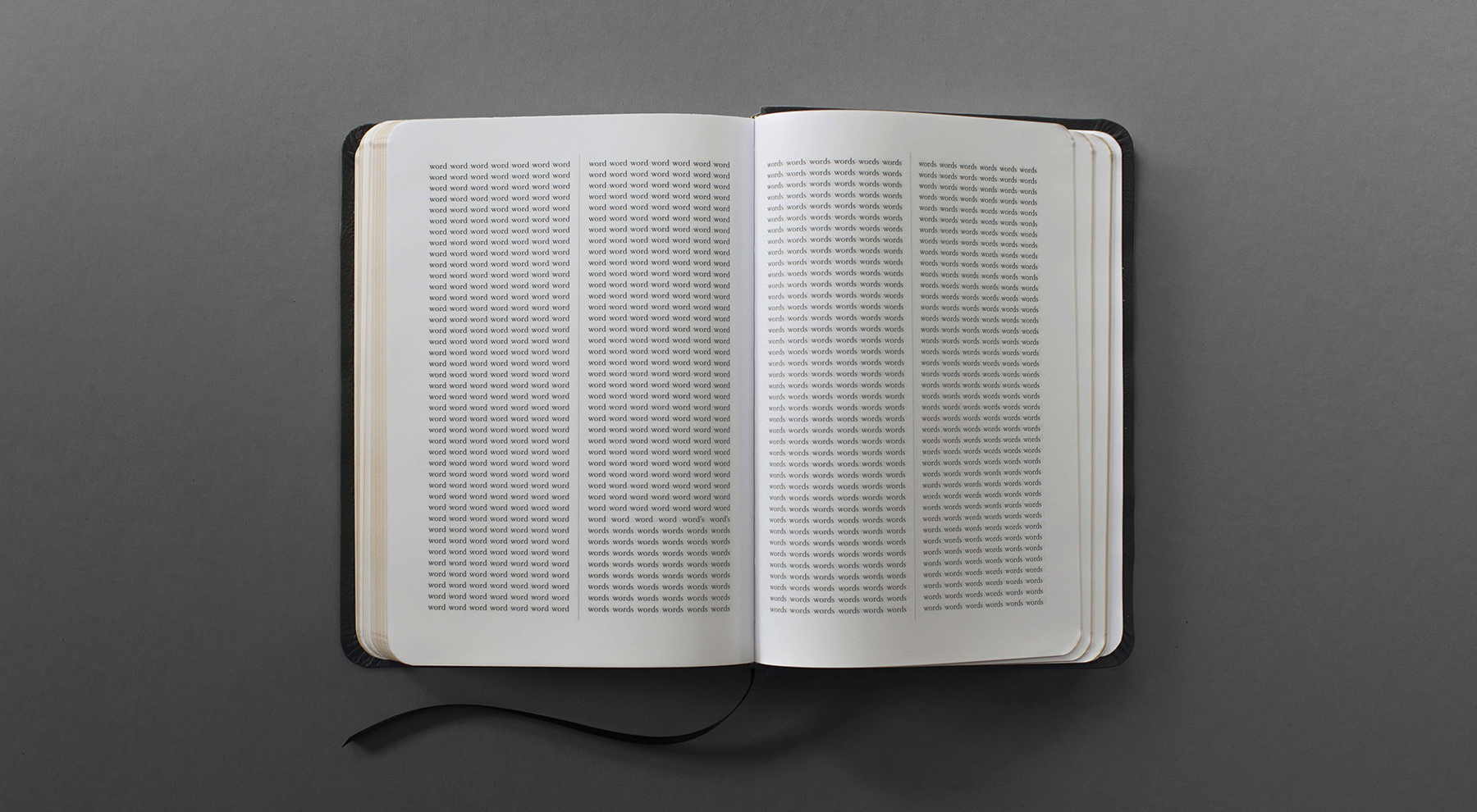 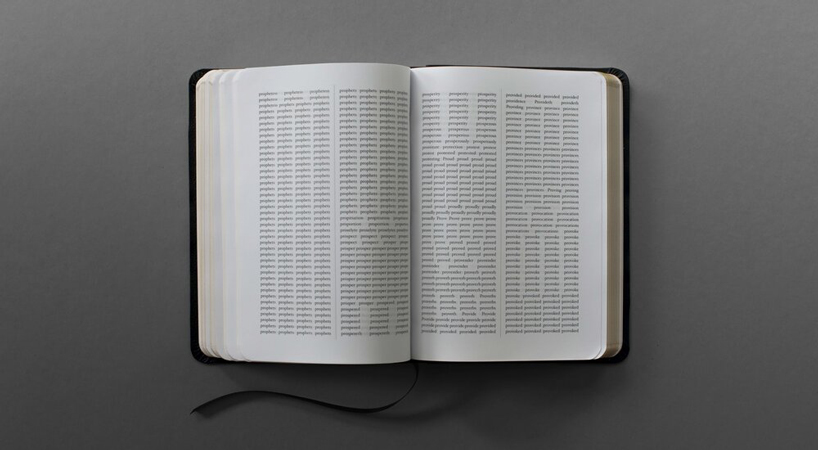 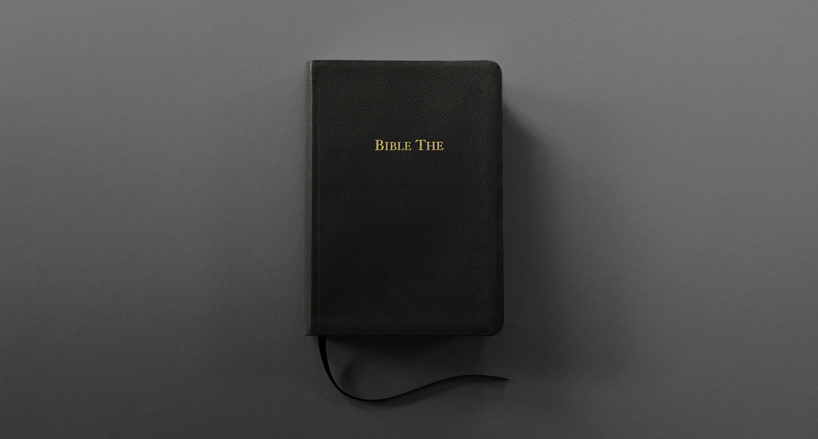 by: joseph ernst and jan van bruggen of sideline collective

Jul 27, 2021
'viewfinder' is a large periscope-like sculpture that reflects the ocean below
located in a coastal suburb of sydney, the sculpture is composed of a 200kg mirror cantilevered by 6 tonnes of concrete and steel.
art
0 shares
readers
connections: +2020