the ogilvy & mather dusseldorf and ukraine offices have supported the peaceful protest of the euromaidan civic sector (a non-partisan grassroots movement) in the capital city of kiev by creating the ‘silent scream’ mask. the motif has became a symbol for ukraine’s call for independence and freedom of speech, and has become an integral and public part of the people’s social demonstrations. during the events of the anti-government independence square protests, people in the city sheltered their faces from debris, gas and fumes which filled the area following the hostility. the ‘silent scream’ mask has been designed to shield the citizens from the harmful toxins and airborne elements while simultaneously conveying a serious message about peace and freedom.

an illustration of an open mouth is printed onto a handkerchief cloth bearing the colors of the country’s flag: yellow and blue. the fabric is meant to wrap around a person’s face or to be tied to banners and structures throughout the urban scene. the drawn expression emits the struggle and tension evident during the politically driven protests, yet transmits the message through pacifism, not violence. hundreds of the masks have been distributed, spreading the message to a wide range of individuals throughout the city. 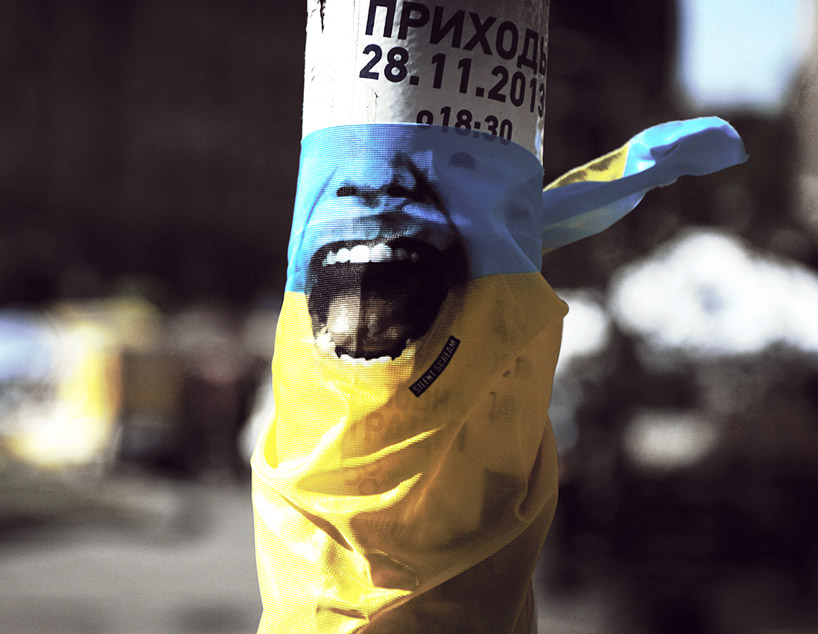 the mask is tied to a street pole 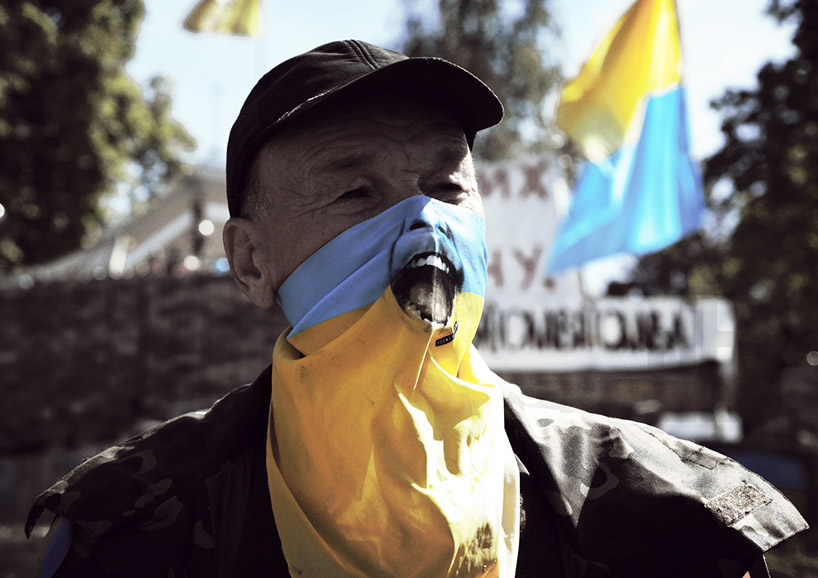 the fabric wraps around a person’s face, shielding them from the elements 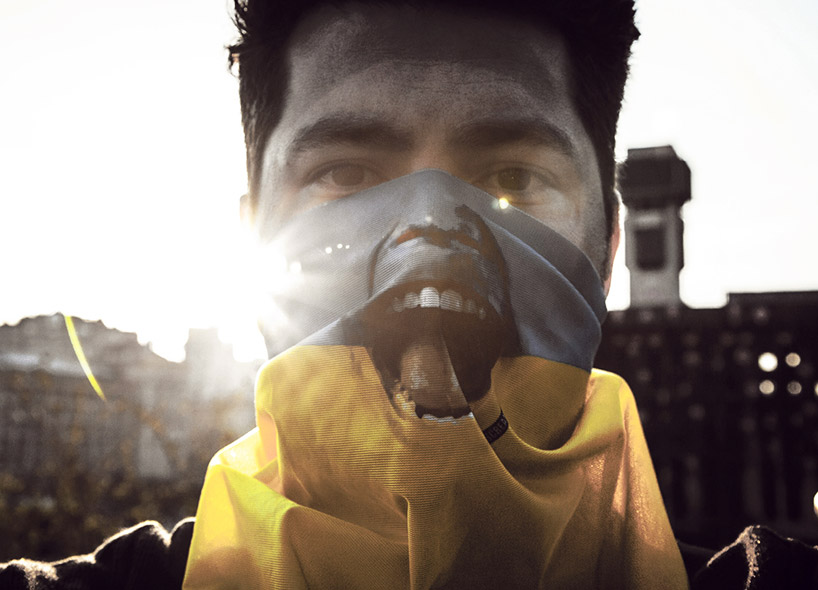 the mask expresses the struggle in a peaceful and quiet way 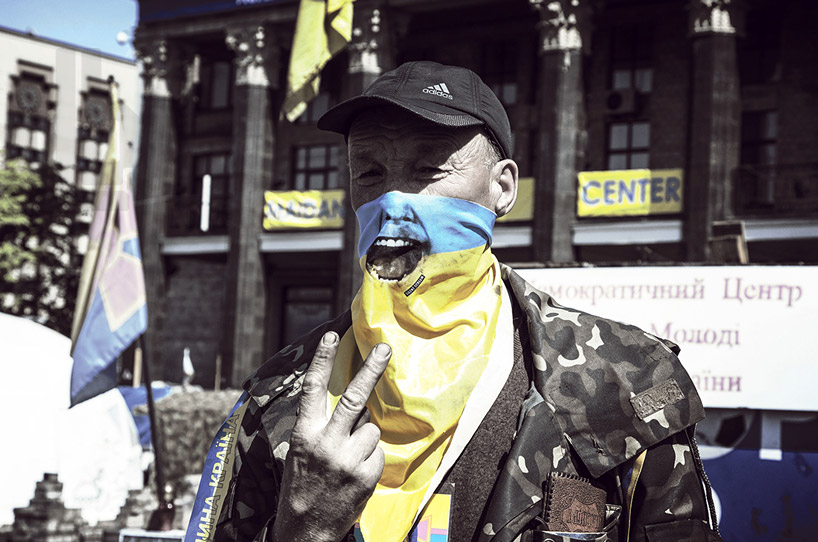 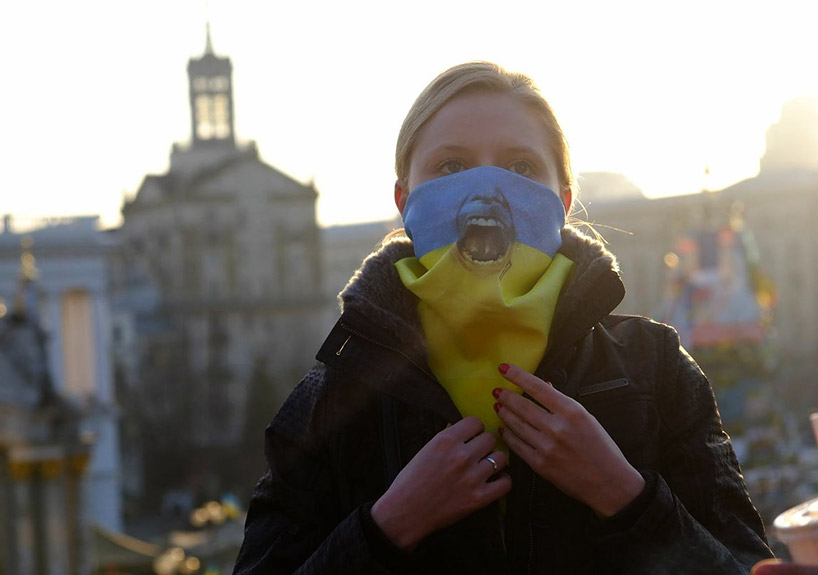 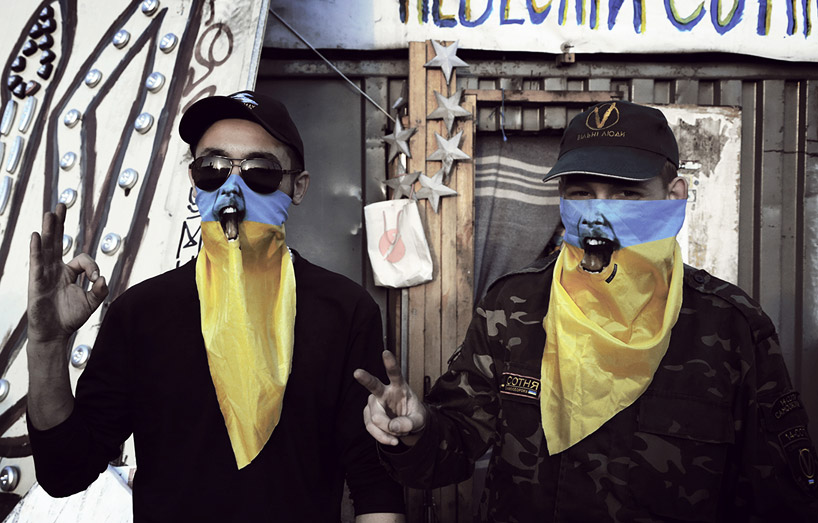 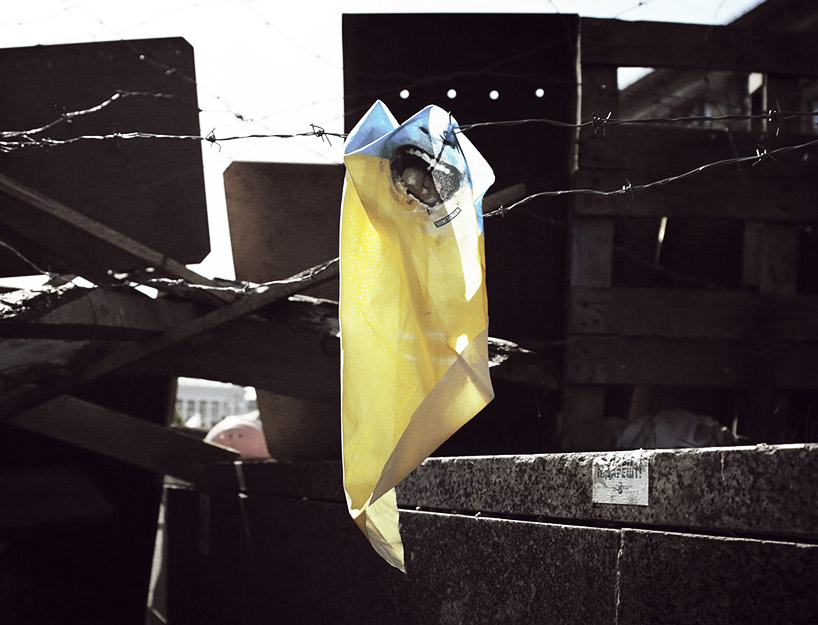 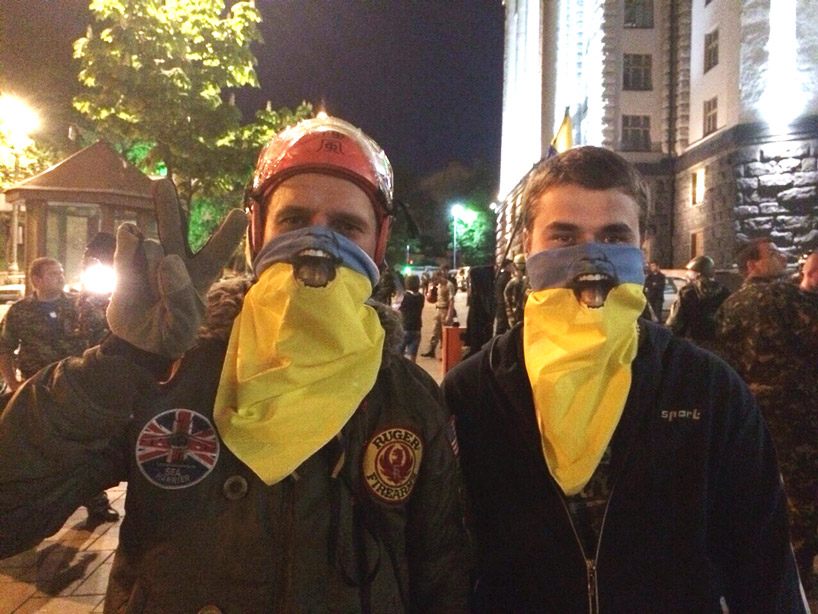 on the streets of kiev 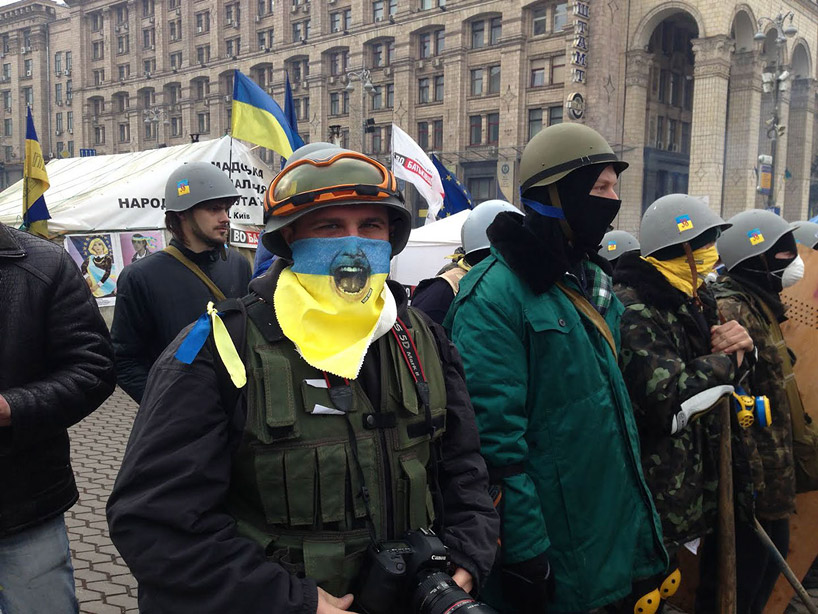 protesters wear the face mask throughout the capital city 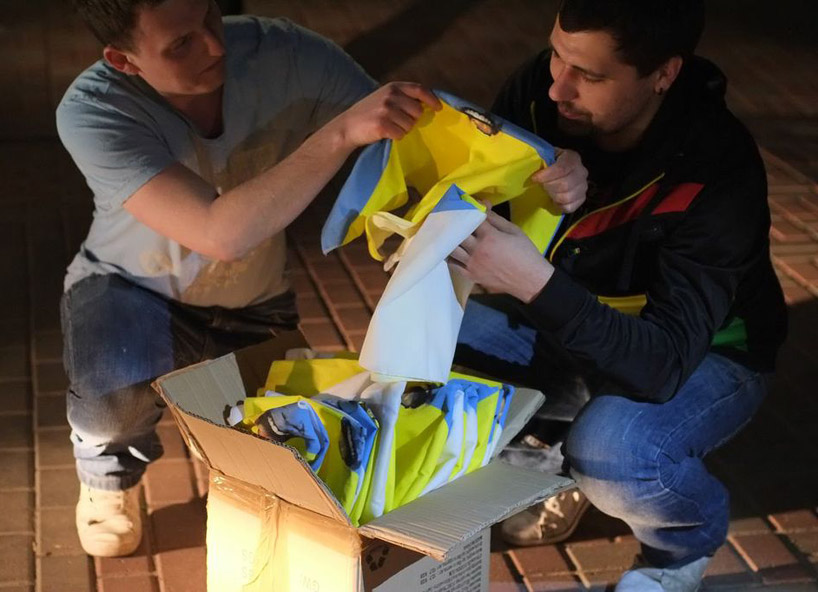 hundreds of masks were distributed throughout the area