materials that result from environmental contamination are emerging, and man-made materials, such as electronics, plastic, toxic waste are becoming part of nature. how will these human activities with significant global impact on earth‘s ecosystems affect the future of geology? berlin-based designer silvia noronha’s work is a speculation about stones in an imaginary post-anthropocene future. 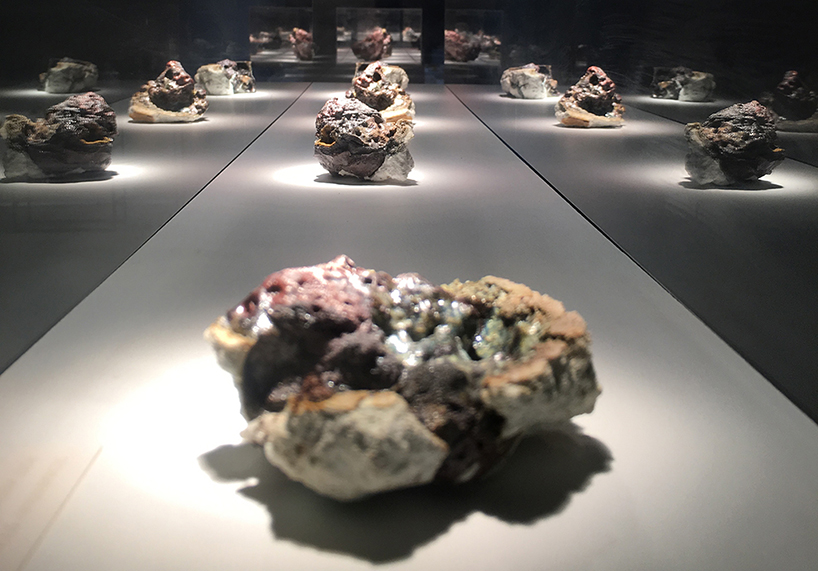 the exhibition was held in kunstraum
image © ole jeschonnek

in 2015, in the city of bento rodrigues, brazil, a dam retaining a concentrated broth of toxic mining waste broke, causing the world‘s second worst environmental catastrophe of its kind. the event has affected the region and beyond in unpredictable and irreversible ways, leading to dramatic changes. noronha’s project and exhibition engage in a speculative geology around the material outcomes of these happenings. 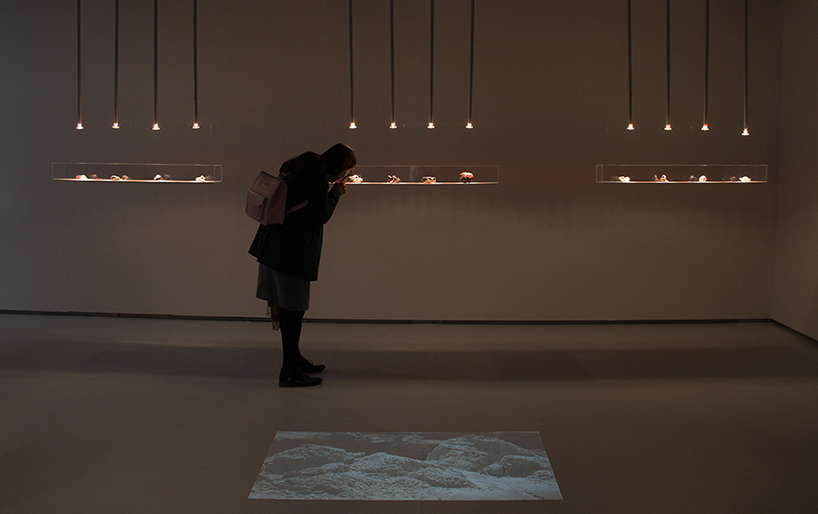 samples of the contaminated earth were collected from different, affected locations — they represent a type of material alien to nature, but merging with and becoming part of it. yet they are fundamentally different from the natural materials, as are based on human creation and have the potential of unforeseen impact on the ecological system. the samples have been empirically experimented with, artificially shrinking geological time by applying high pressure and temperature, with the aim of developing a stone of the future — an aggregation of present earthly matters elapsed into a prognosis. 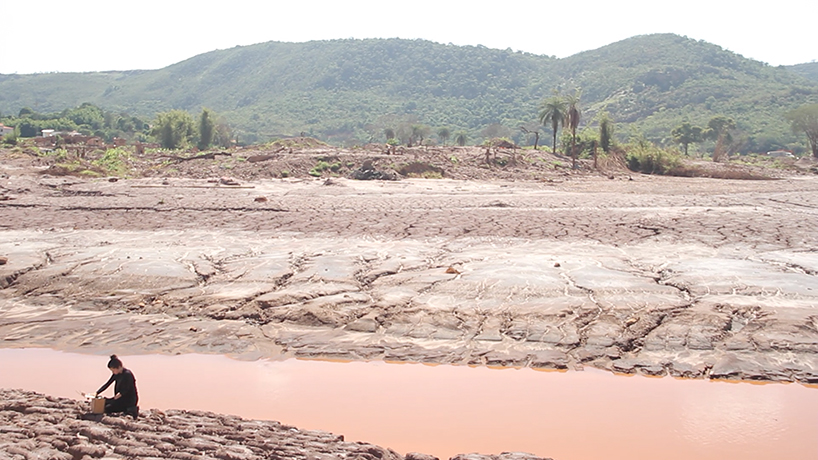 ‘stones here are understood as media, which concentrates on multidimensional information, especially on time,’ explains the designer. ‘the project seeks for an approach to the reception of this information, beyond the categories of human linear communication.the collapse in bento rodrigues represents a tendency that draws our times together, the increasingly precarious interference of a given natural ecology and a human-made next nature.’ 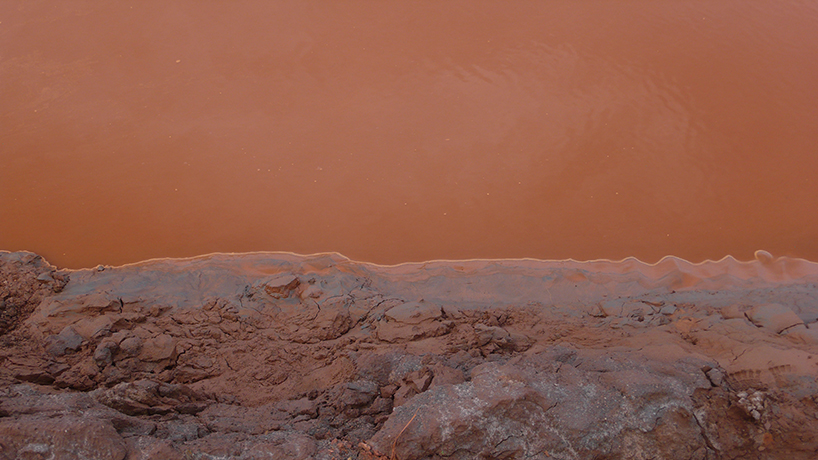 the project, developed in collaboration with the institute of applied geosciences and the geochemical laboratory, TU berlin, can be understood as a forensic examination of these events from the perspective of a fictional future. in this pseudo-alchemist speculative design, a post-human geology is illustrated, gathering worldly experience and projecting how earth may unfold from here and now. 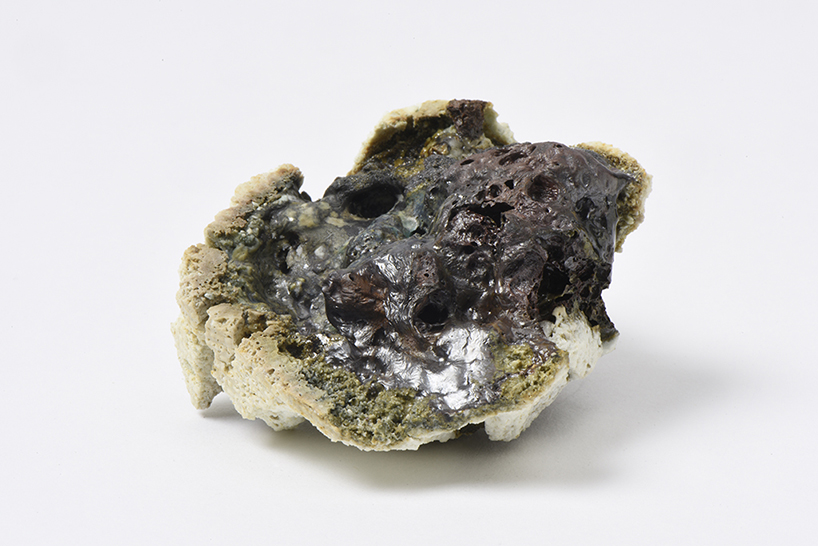 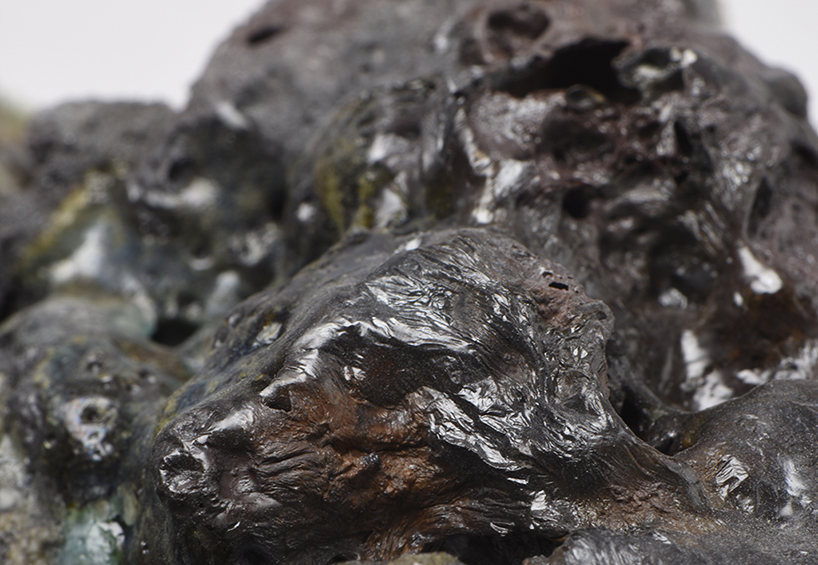 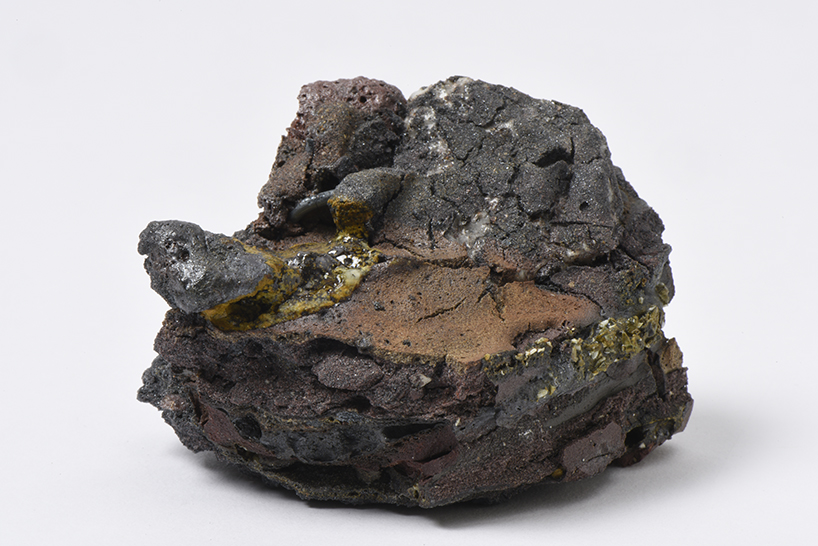 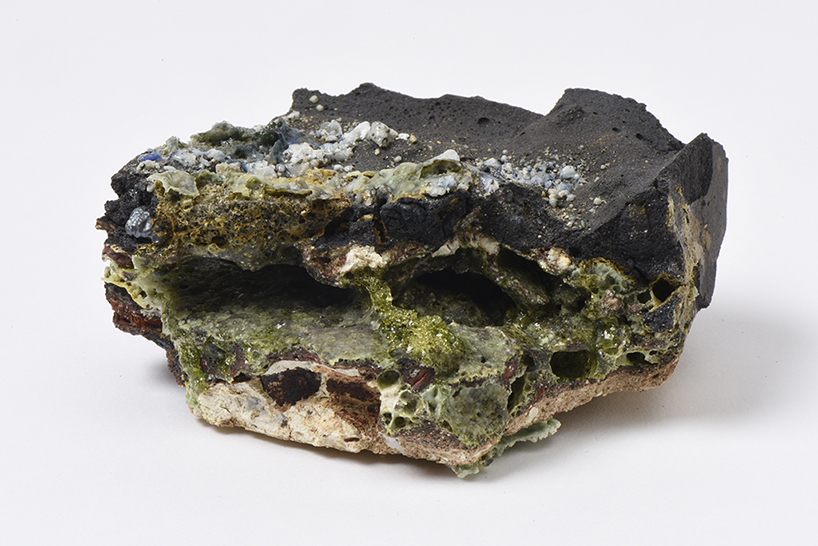 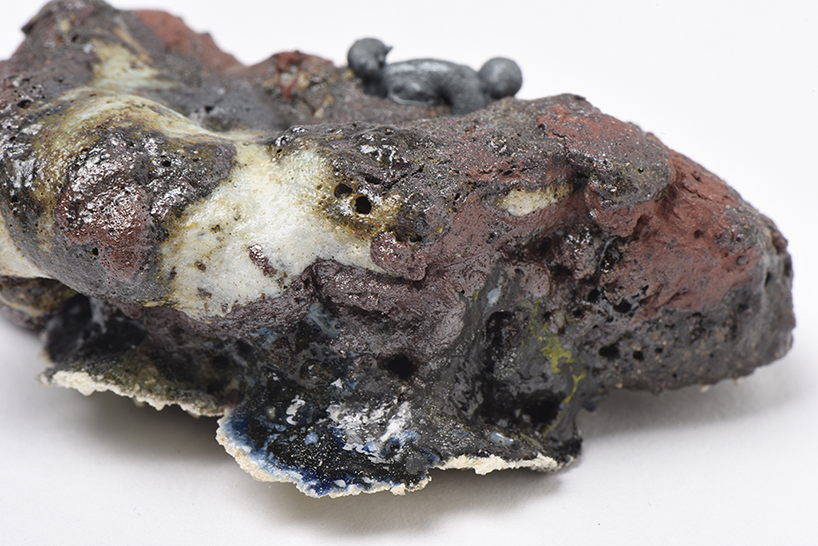