through the careful digital manipulation of photographs taken from geographical locations across the globe, simen johan constructs an otherworldly animal kingdom. his ongoing series ‘until the kingdom comes’, depicts the natural world as something familiar, yet undeniably surreal. while many photographers shy away from the reality of using computer tools like photoshop to enhance and distort the content of their work, johan not only admits it, but describes it as an essential part of his practice. ‘its rare that I see something that i want to simply photograph and not change at all’ he tells national geographic. ‘when constructing or manipulating images, I’m still limited by whatever raw material I’m able to capture on film, but I have more creative freedom to be imaginative.’ 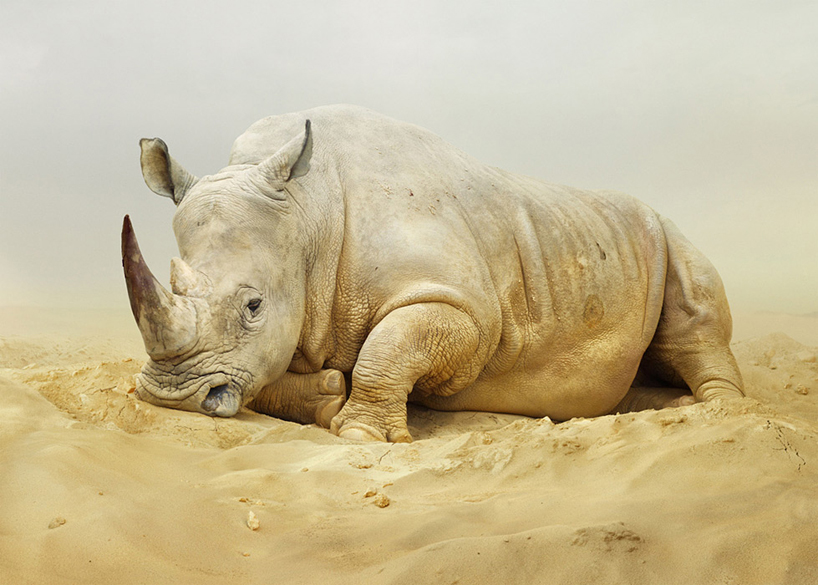 johan’s incorporates elements taken from his own original photographs of creatures and landscapes — javan peacocks from asia, the cavernous interior of an icelandic volcano, towering giraffes shot in various U.S. zoos — with otherworldly, often contradictory habitats. a bison sits amongst a pile of discarded trash and rubble, an orangutan and a chicken share the same jungle habitat, similarly surrounded by discarded waste, and those same girrafes from the zoo are reinserted into a misty, desolate wildlife scenario. the images confuse the boundaries between what is natural and what is artificial, reflecting on the conflicts and contradictions inherent to human nature.

johan presents images from the ‘until the kingdom comes’ at vestfossen kunstlaboratorium, norway as part of their ‘artists on slides’ series. 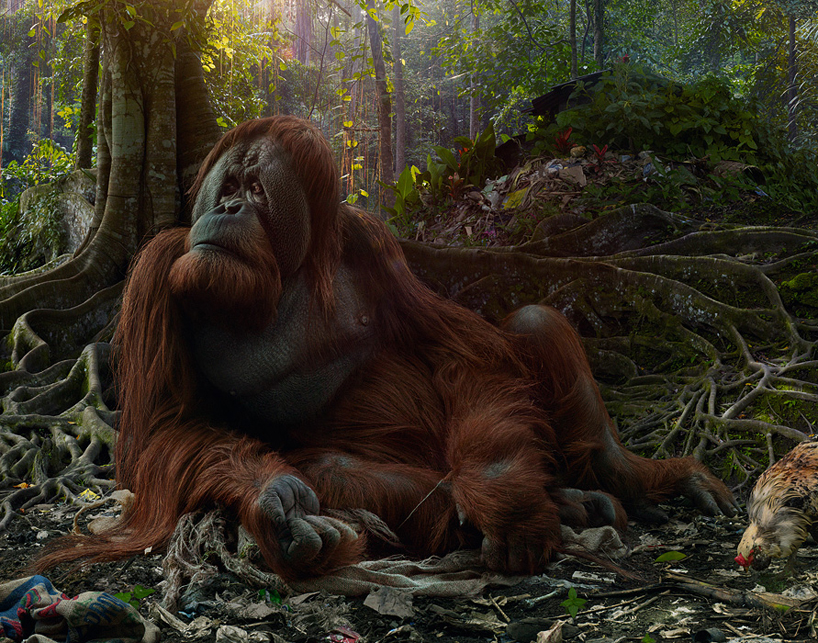 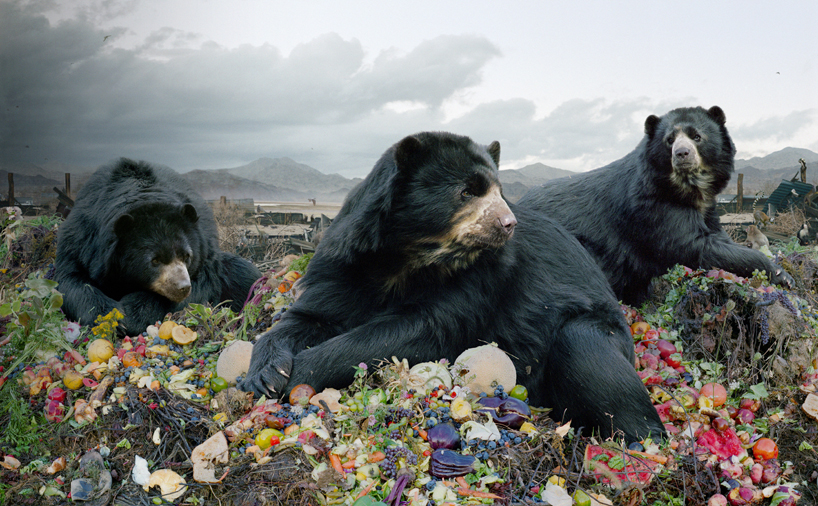 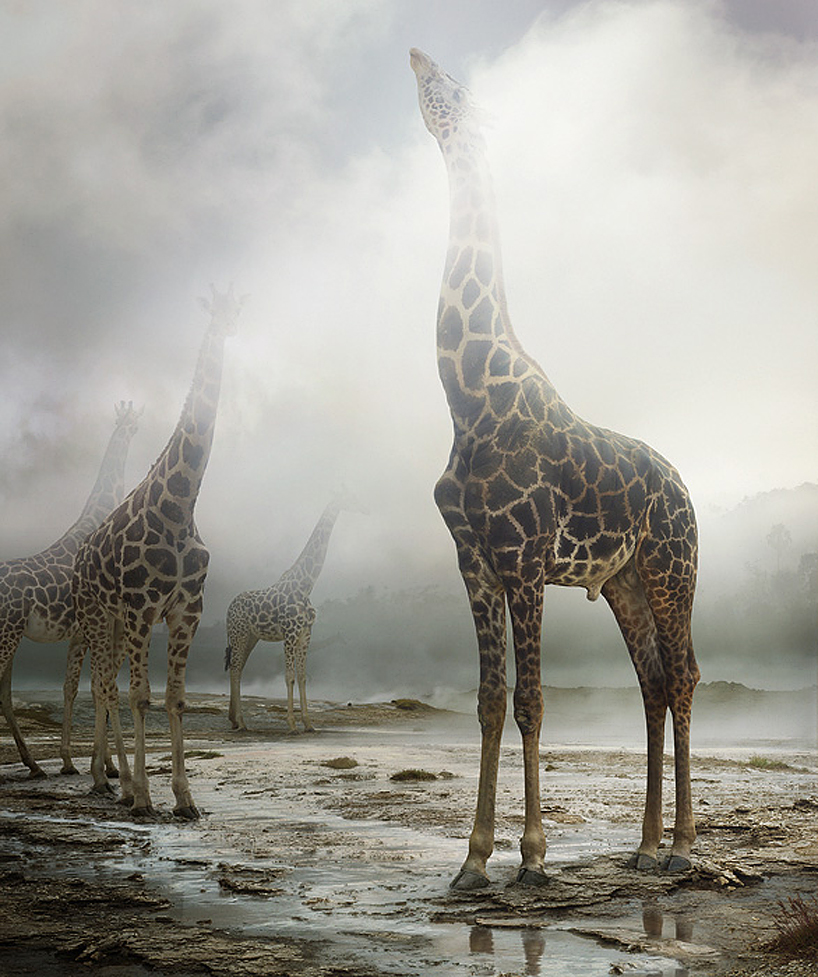 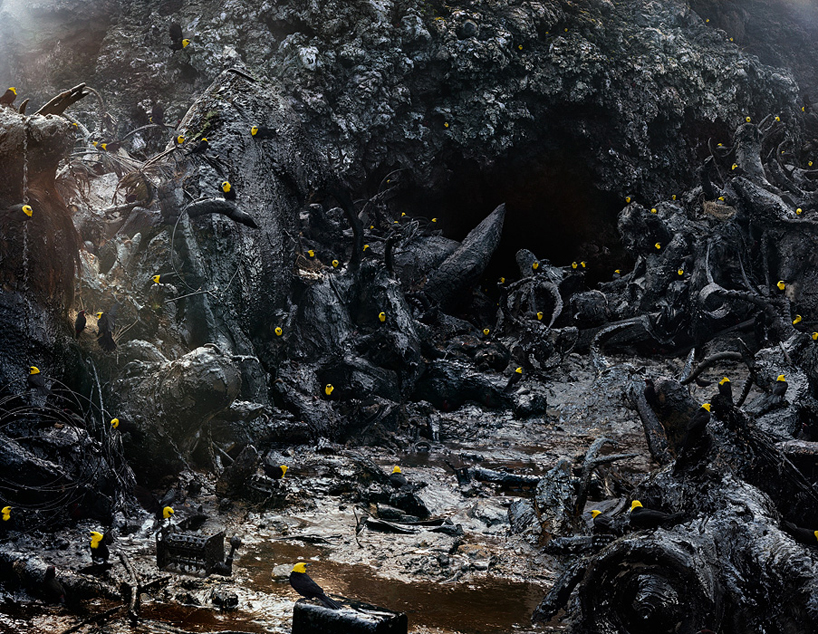 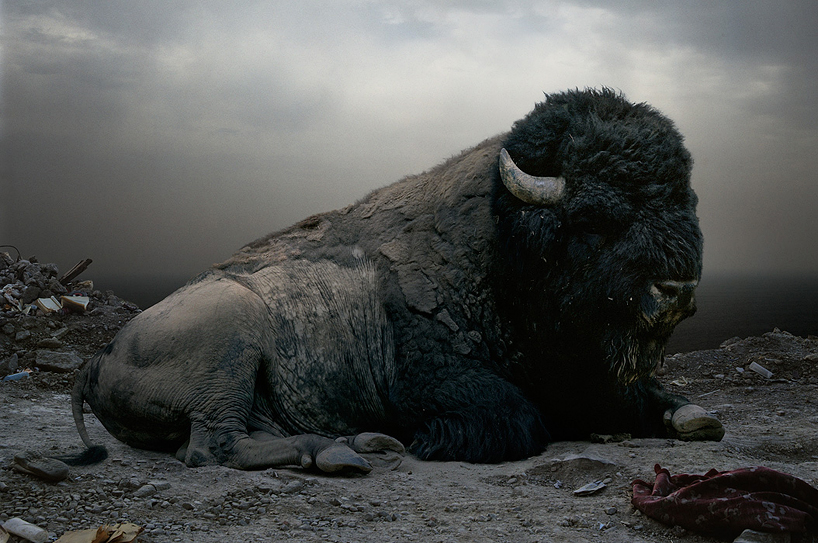 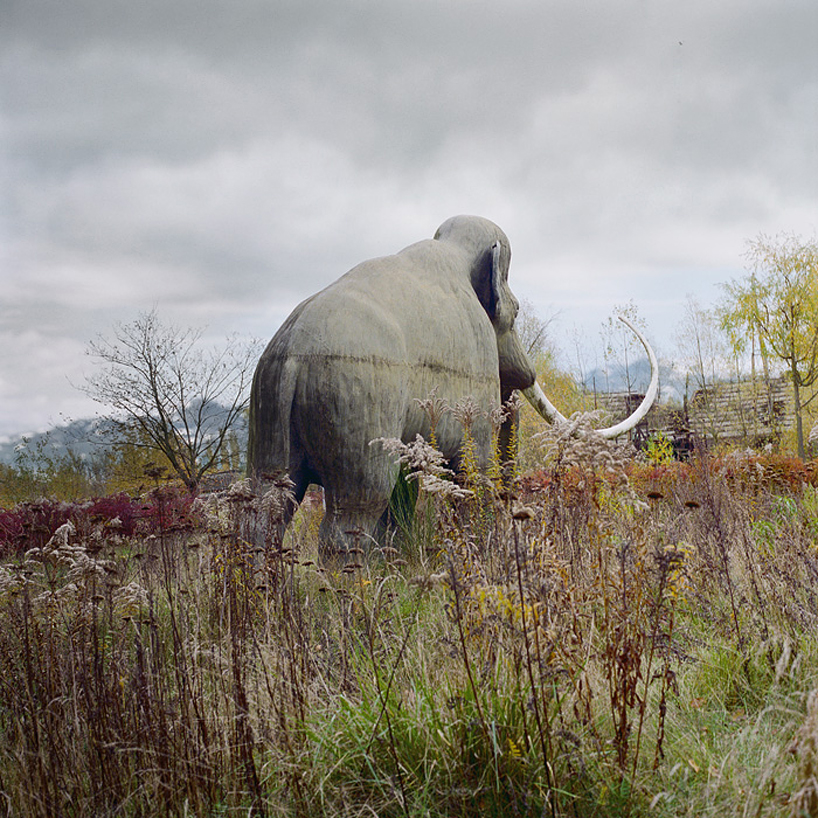 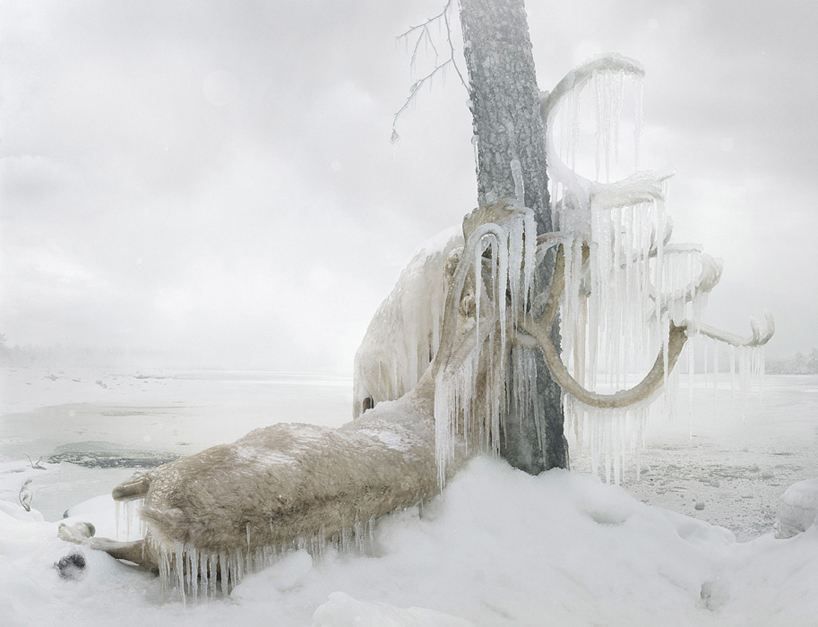 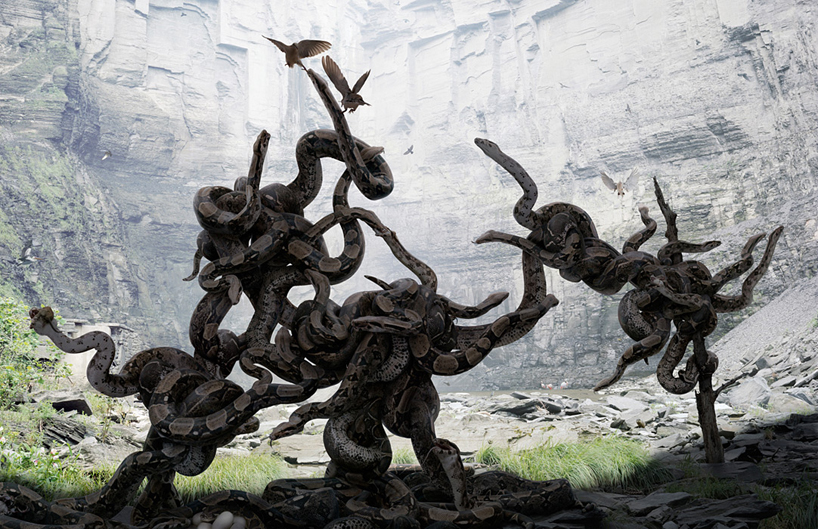 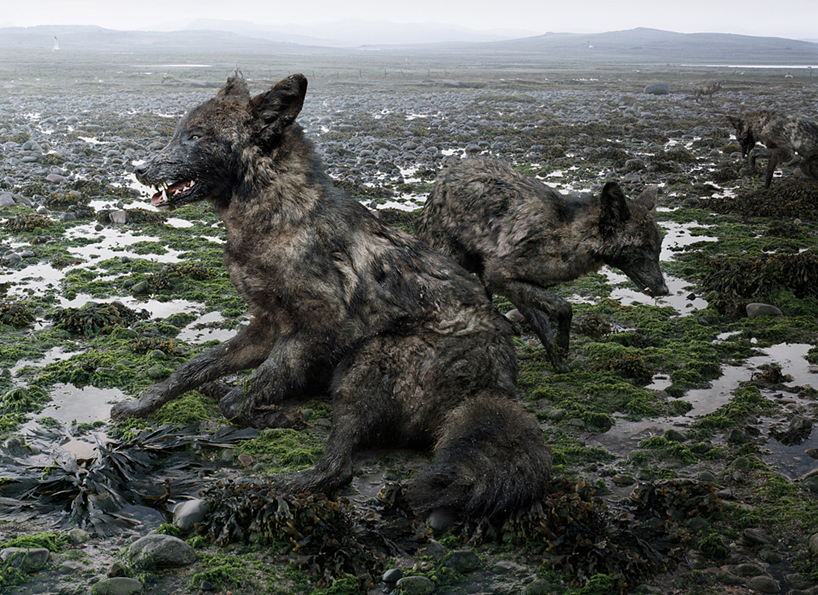 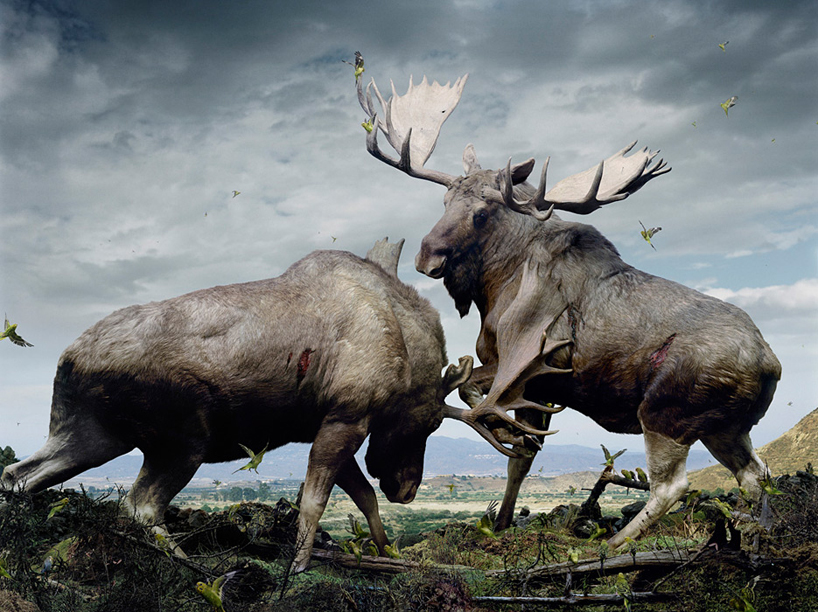 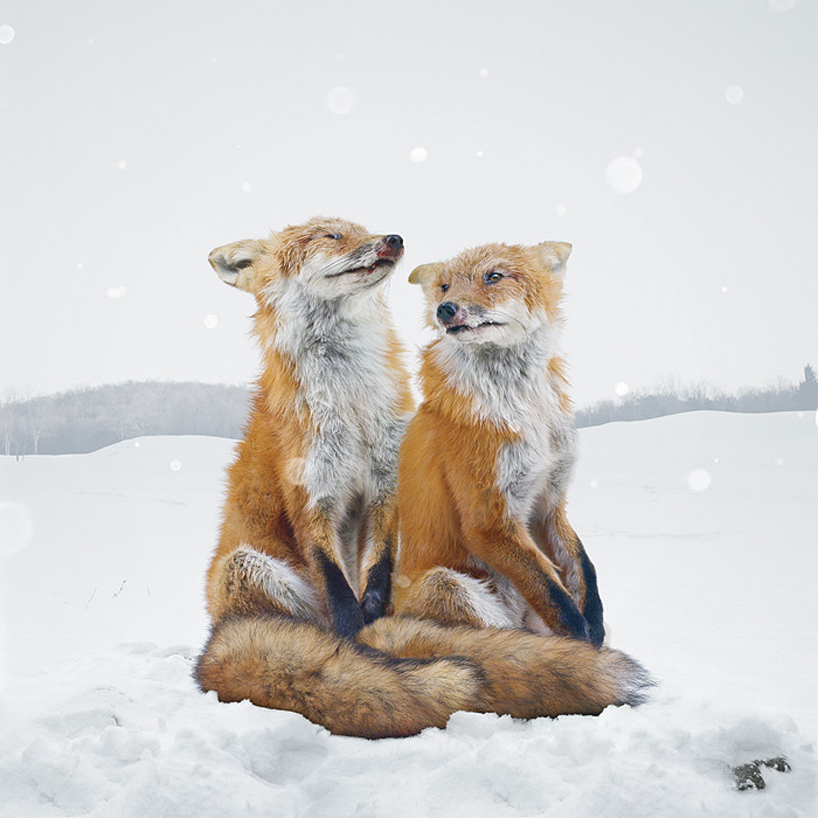 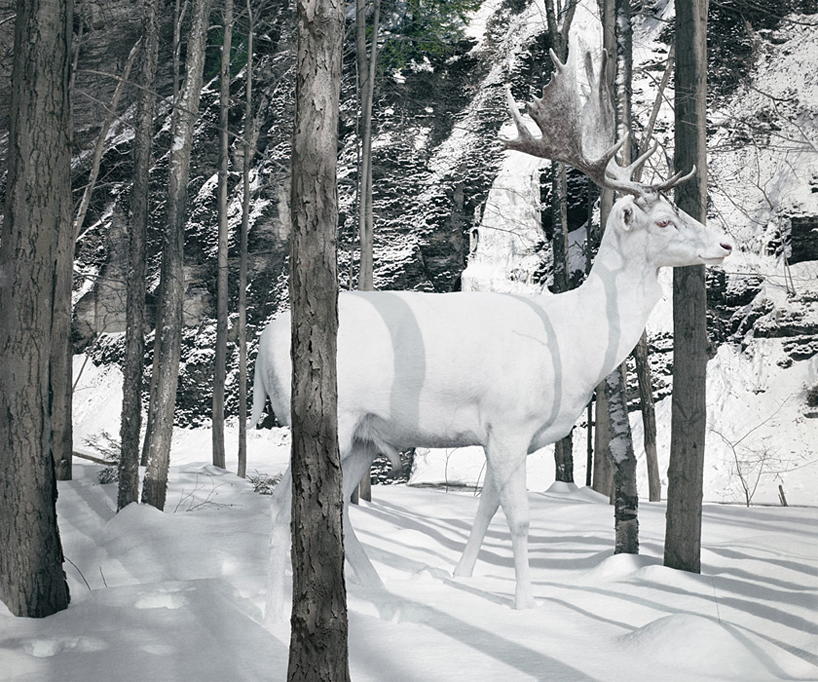 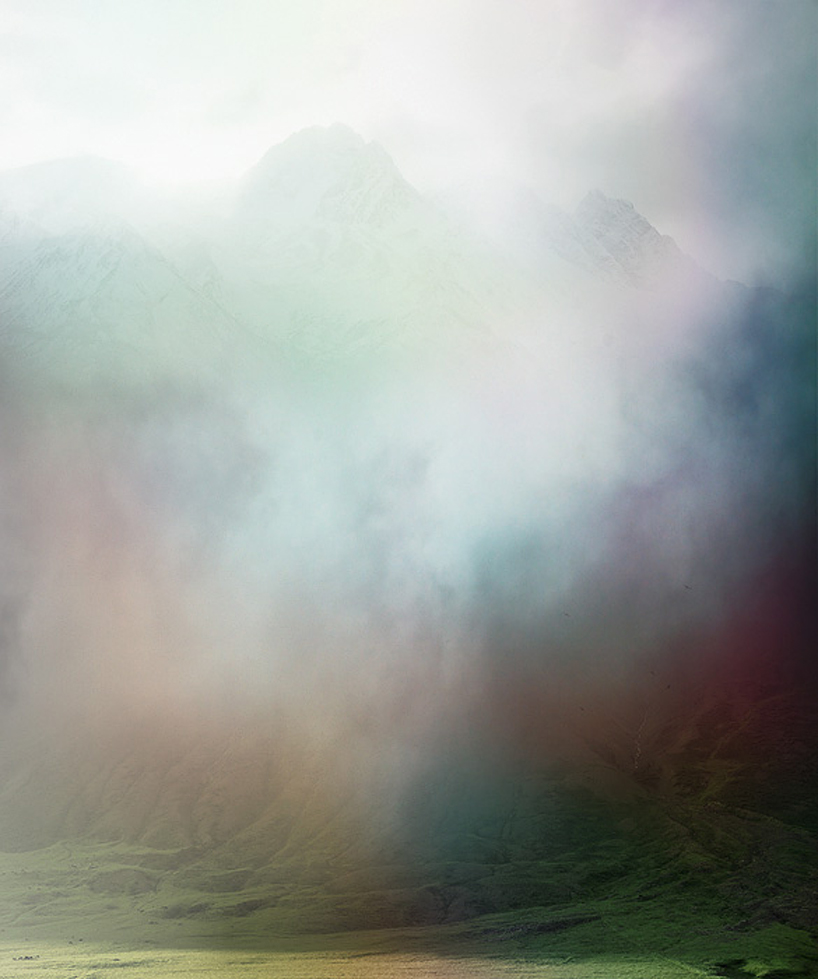