using the principals of anamorphosis, a monument to venezuelan politician and emancipator simon bolivar is given a reframed approach. mimmo rubino uses the vocabulary of space to address the social by filling the voids of a stair to resemble pyramidal form, a traditional symbol of power and marker of conquest-tinged victory. the steps are rendered unusable and need be traversed in a way that ruptures the original circulation of the space. while the work was presented as part of the biennial del sur in panama, the intervention feels like an unsanctioned reclamation of public space, a fitting tribute a sculptural glorification of the revolutionary liberator of latin america from imperial spain, a man that later declared himself a dictator. the dichotomy of the independence leader-turned-despot is reflected in the unabashed occupation of the plaza. 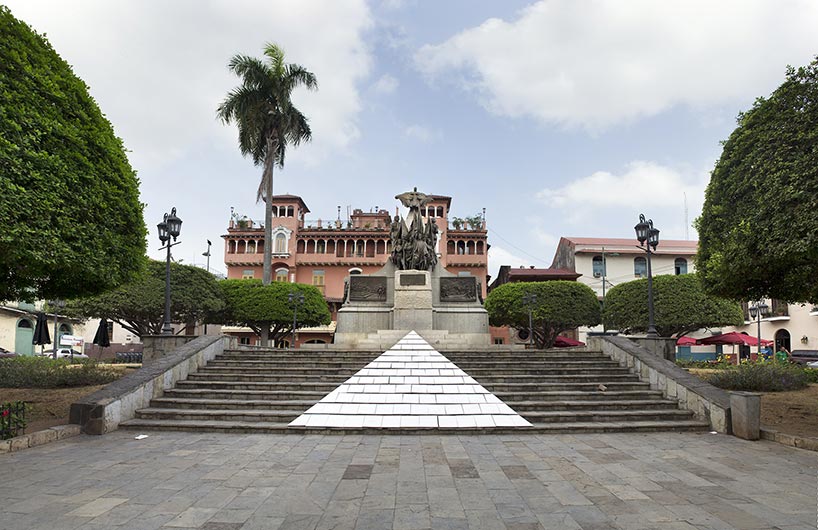 from a specific perspective, the slanted blocks come together to form a triangular form 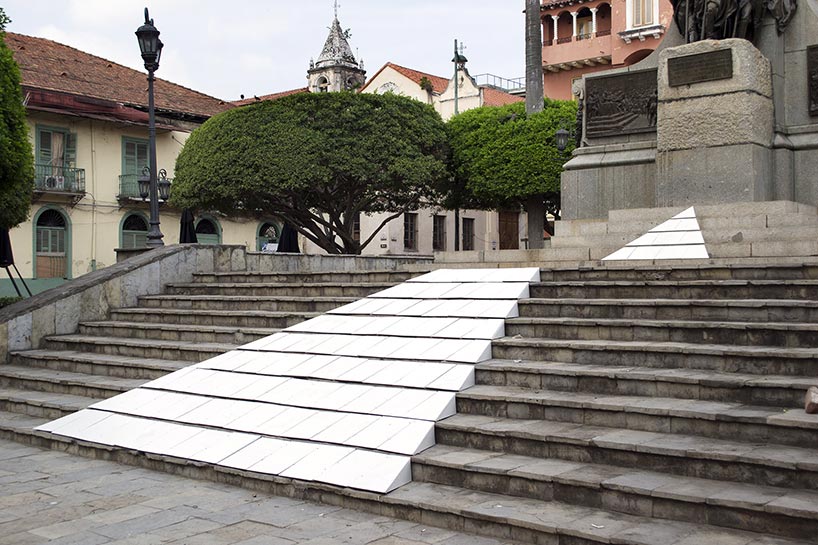 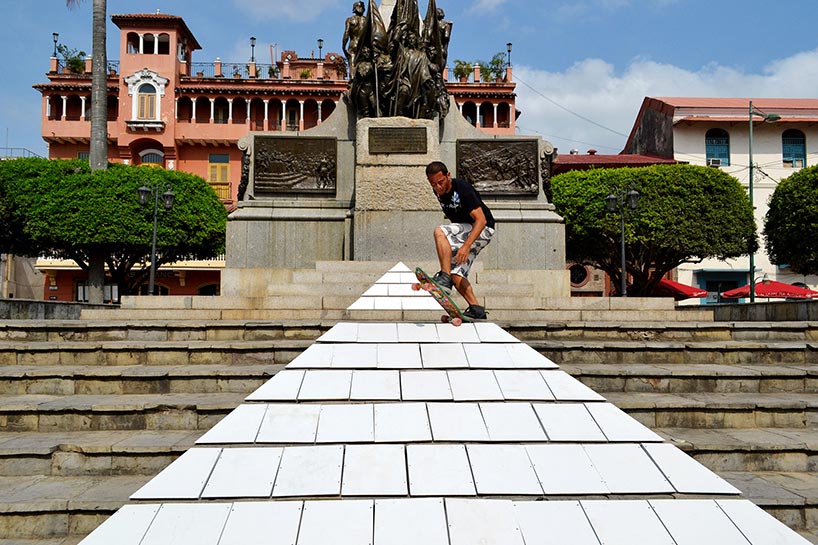 the project is arguably a reclamation of public space 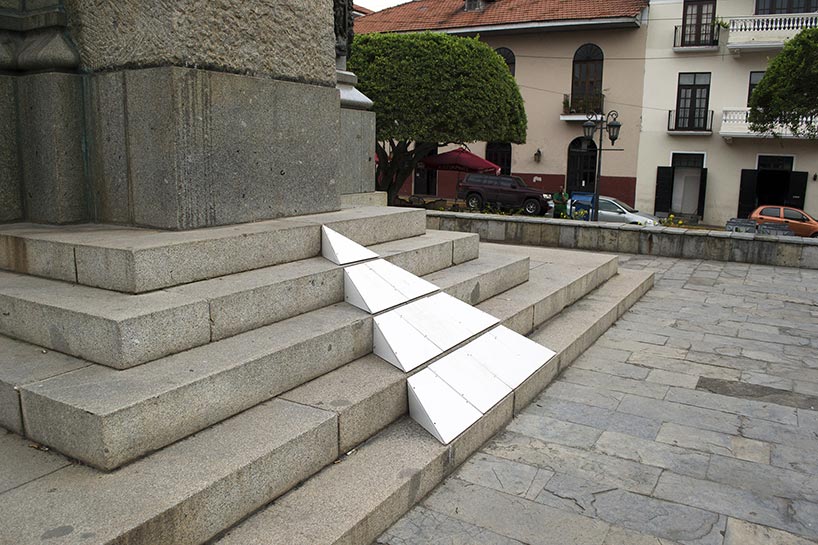 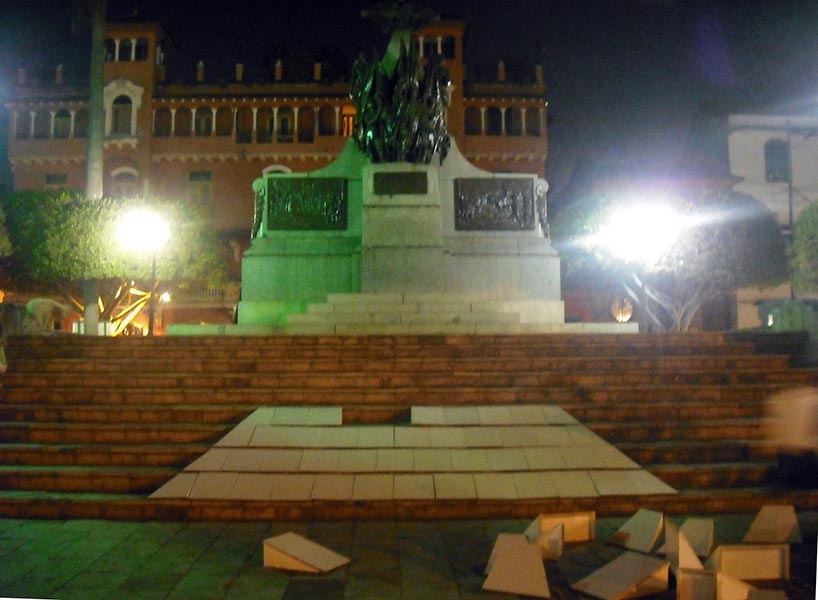 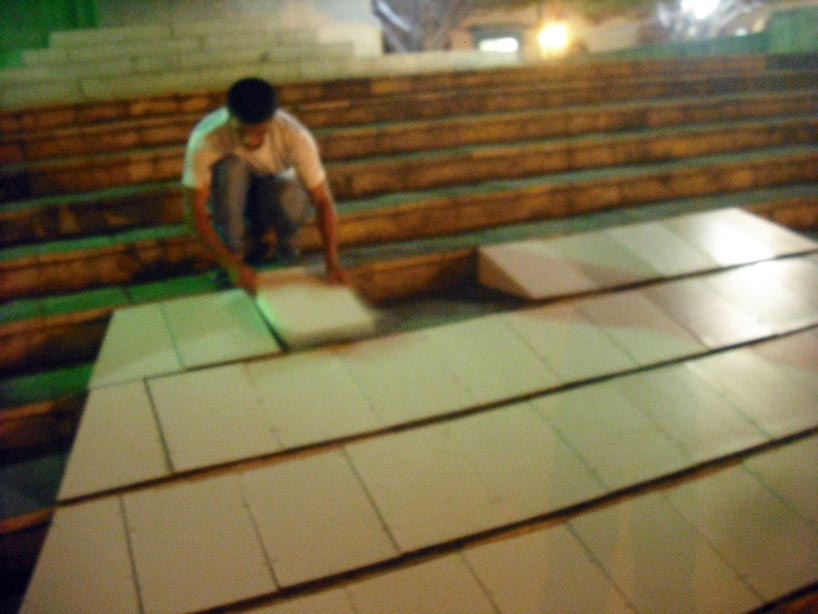 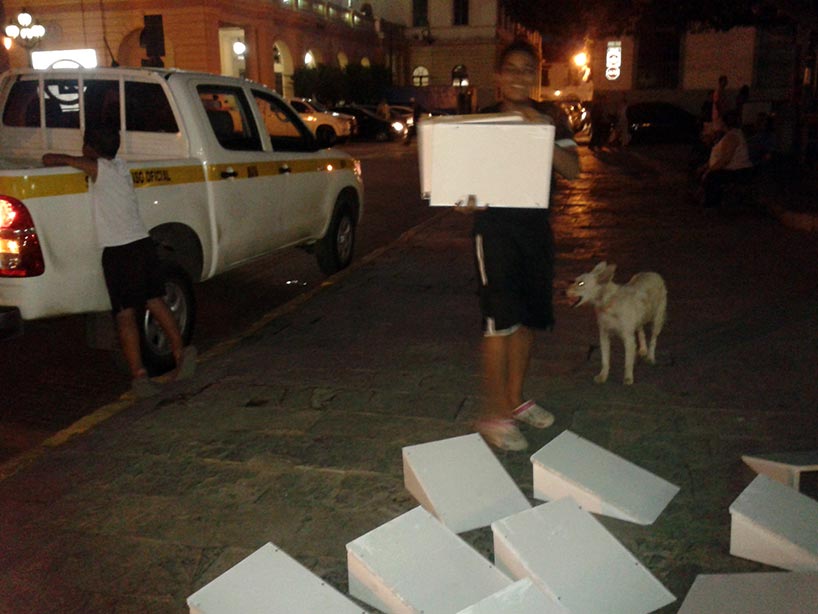 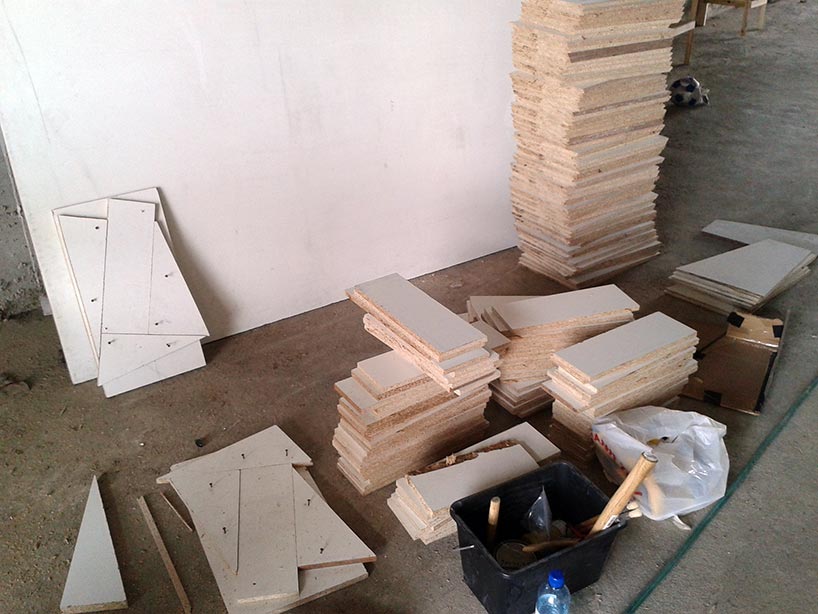 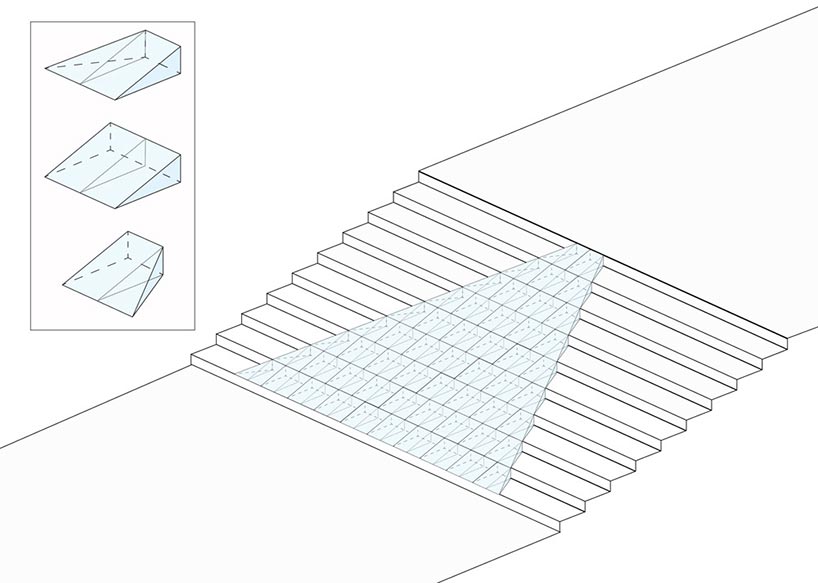 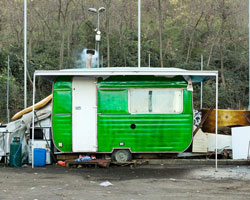