german artist simon schubert has shared with designboom his newest folded paper architectural works. his body of ‘drawings’ are developed without any addition of color or shading from pen or pencil. schubert meticulously creates each two-dimensional crease designs by folding a single sheet of paper into a flattened scene resembling the interior of both familiar or imagined structures. his newer, smaller pieces include scenes from the series investigating ‘stadtschloss’, a city palace of berlin. the artist tells us, ‘the berlin stadtschloss was build up during the last 350 years for the german emperors and was torn down by the eastern german government during germany was parted. nowadays it is planned to rebuild it. I think it has an interesting history and it is interesting that it doesn`t exist anymore.‘ the other new folded architecture pieces by schubert have been developed to portray imaginary spaces. 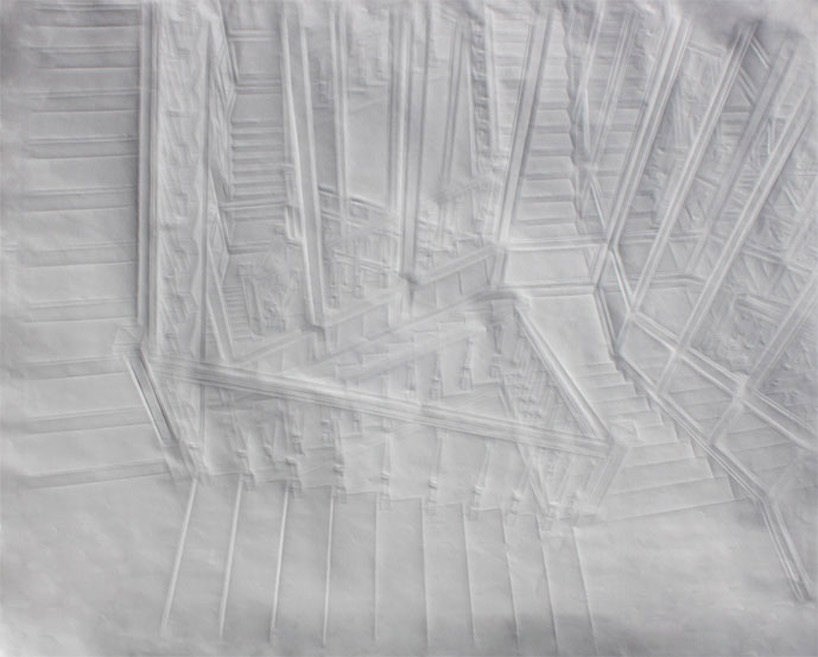 in regards to the artist’s thematic and subject approach, schubert tells designboom, ‘inspiration most often comes from literature, philosophy, film and fine art. very important are intellectual theories from f.e. gilles deleuze, gottfried wilhelm leibniz, douglas r. hofstadter or samuel beckett. I actually work on similar themes since I started doing art and I often take something up from art history or literature and try to continue the thought or the idea‘. 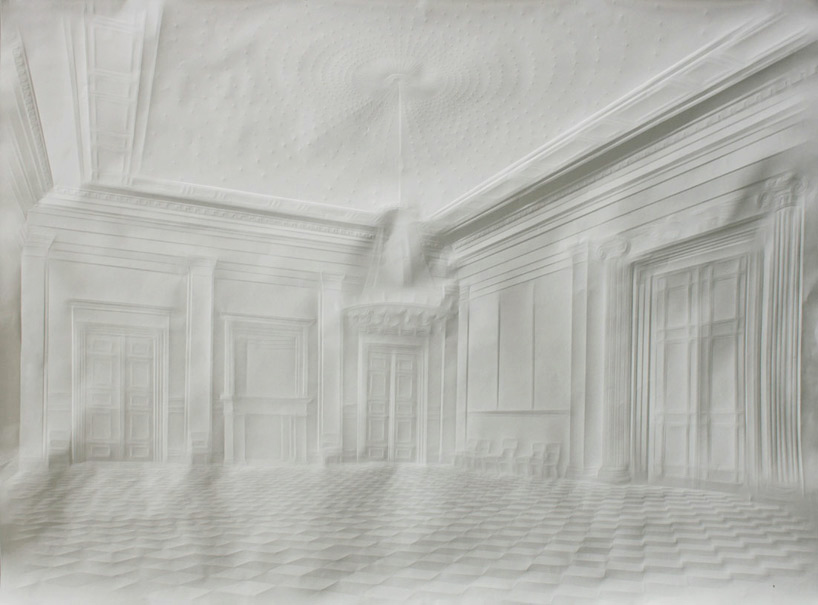 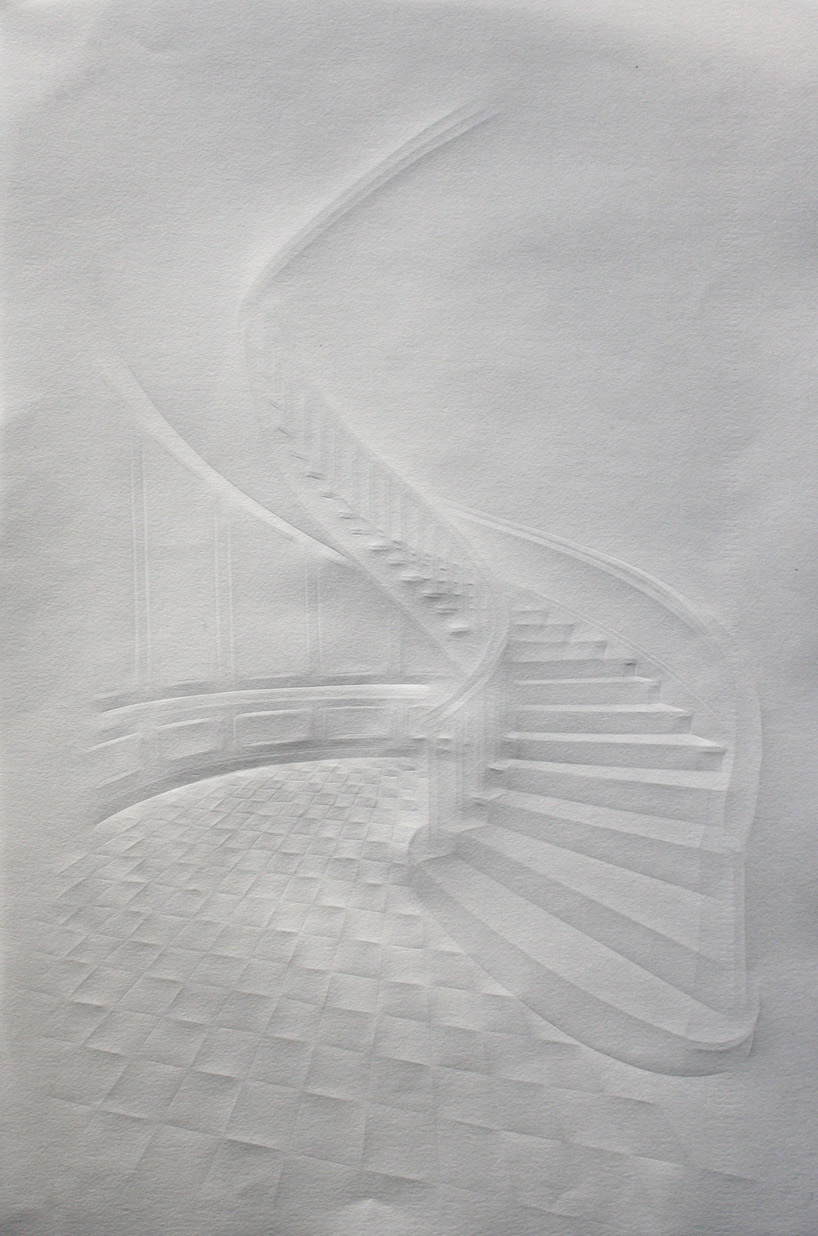 when asked of his creative technique or approach in developing his flattened paper drawings, the artist told us that he sees himself, ‘as a sculptor and I work with my paper folding technique to create the folded paper reliefs and different other techniques to build my sculptures. for the sculptures I use all kind of techniques to achieve a realistic, illusionary result.’ 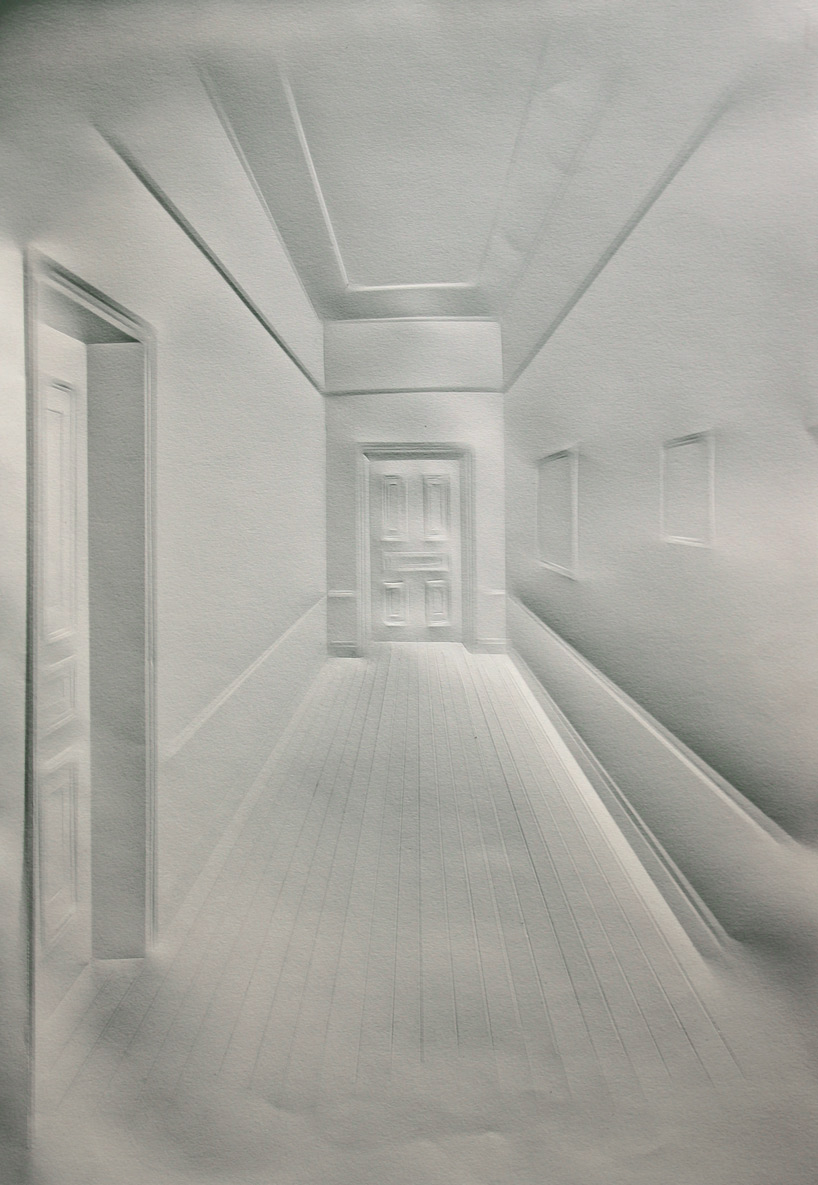 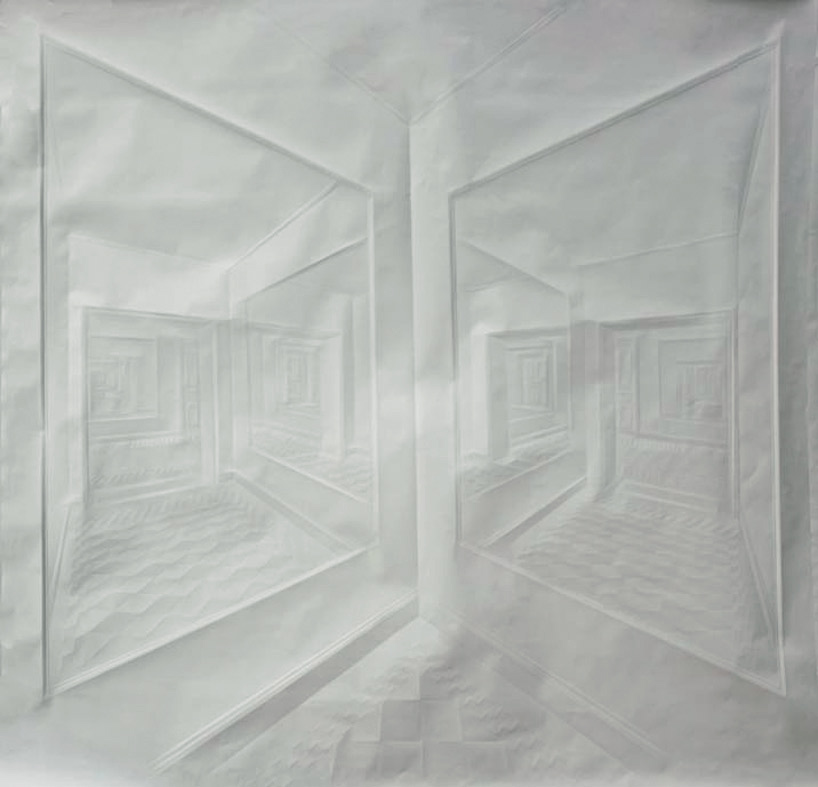 his first folded paperwork was a portrait of samuel beckett actualized in 2003. the artist tells us, ‘I wanted to find a way to make a portrait on different levels, on the one hand the face, on the other hand, I was interested in the reduction of material and technique and the fading into white in reference to samuel becketts work‘. 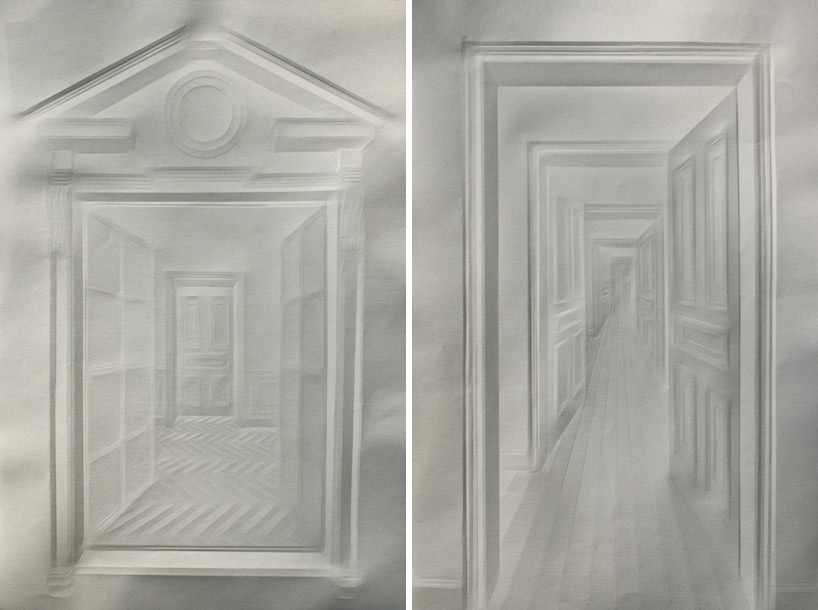 Aug 11, 2022
kumi kaguraoka explores beauty standards with her body-reconstructing devices
'the metamorphosis of beautiful bodies' is a poignant commentary investigating past, present, and future aesthetic dogmas that dictate the survival and value of the human body.
art
227 shares
readers
connections: 90