transforming the superstudio piu, milan into a foggy, soft-lit atmosphere, designer chikara ohno of sinato has designed ‘infuse’ for kaneka corporation, immersing visitors in an OLED illuminated space. an undulating sea of lit beams fills the room, defining an ethereal environment more than a traditional lighting exhibition. considering OLED is still a relatively emerging technology, ohno saw the possibility of introducing a new condition brought on by the panels, reconsidered in an experiential context. as guests enter and walk through the installation, fog mobilizing at their feet shifts in space and semi-translucent panels above their heads silently move in flux. rather than a straightforward display showcasing the light design, the installment redefines the image of the industrial accessory as a shimmering, misty phenomenon. 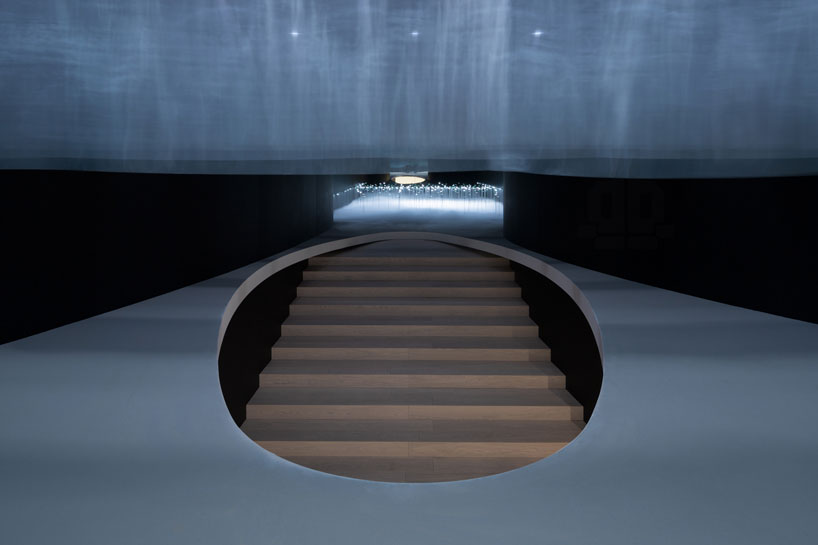 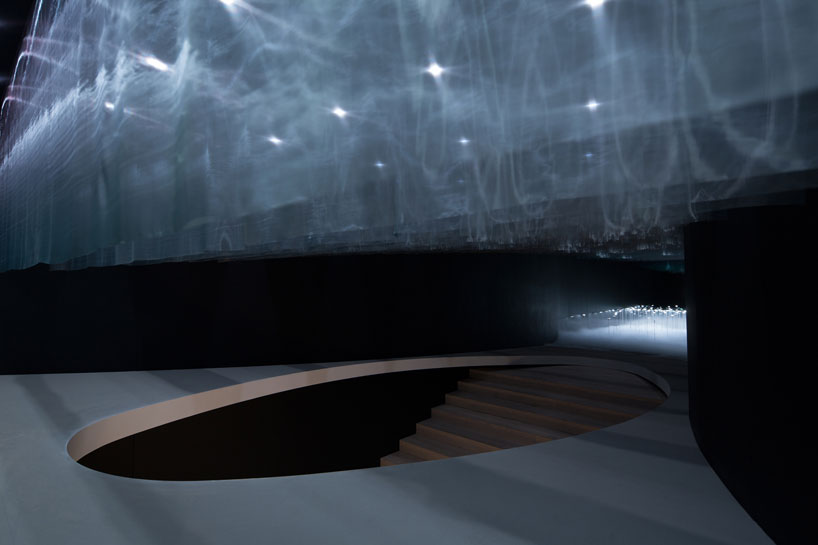 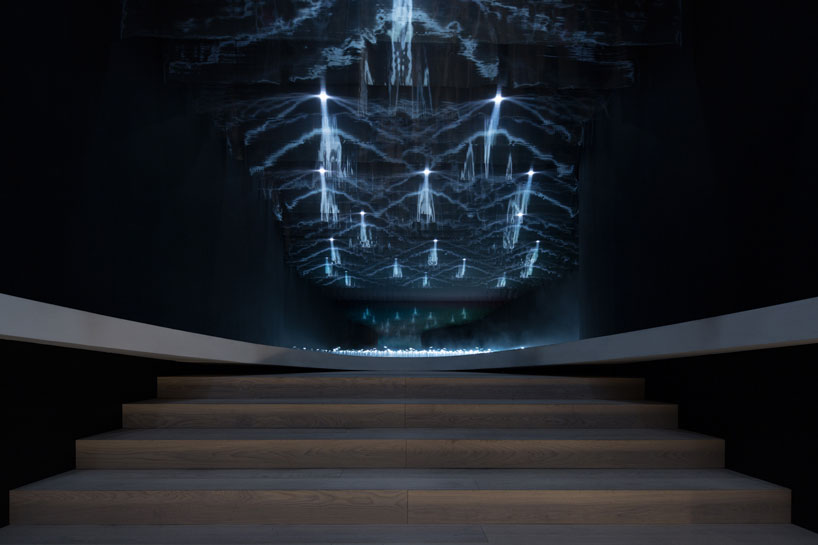 light hits the semi-translucent panels suspended from the ceiling 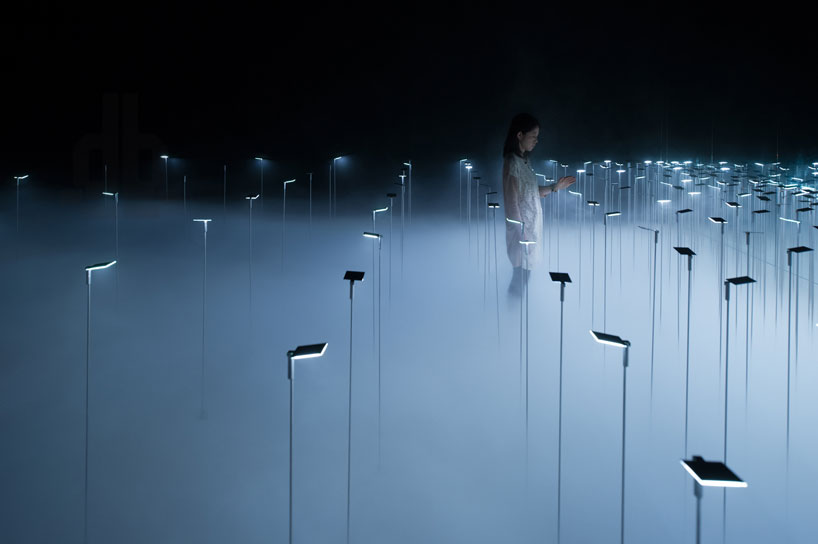 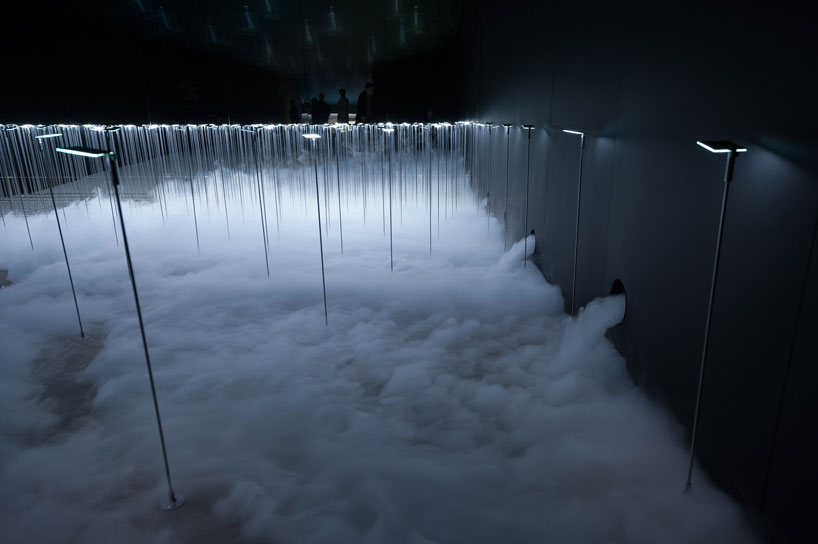 a mist pours out from wall panels, enveloping visitors in an ethereal, illuminated maze 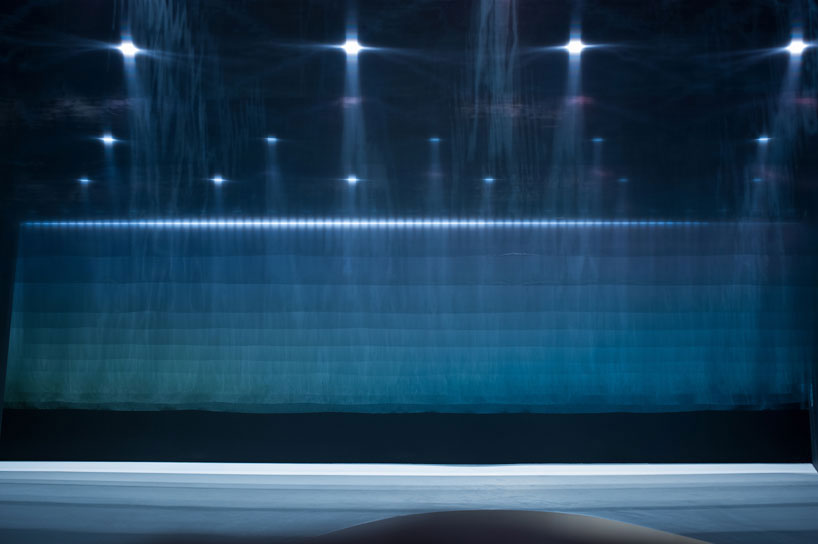 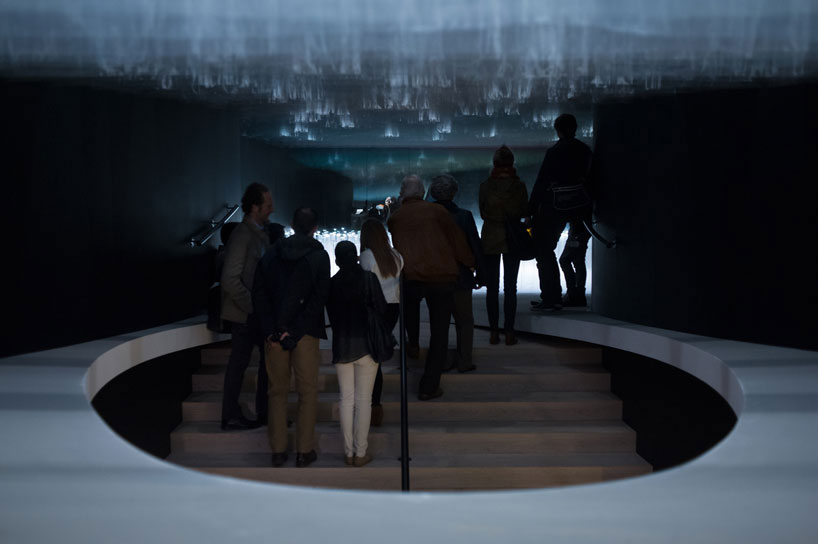 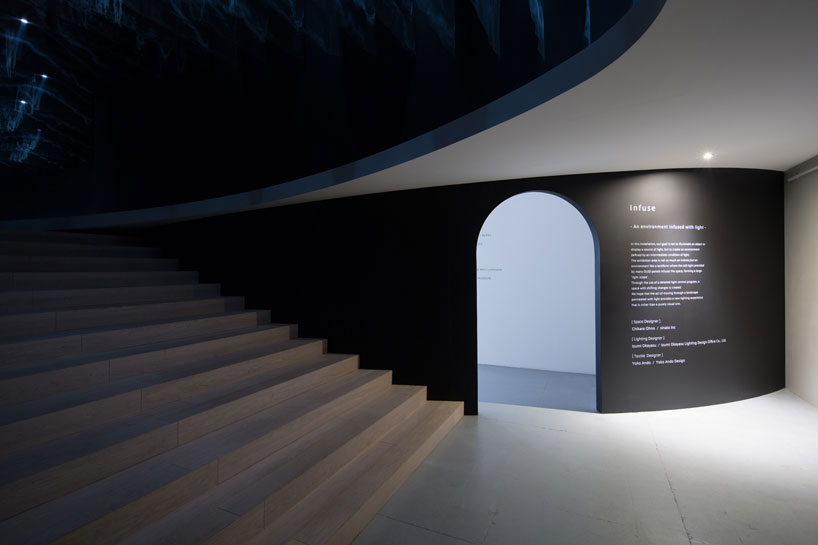 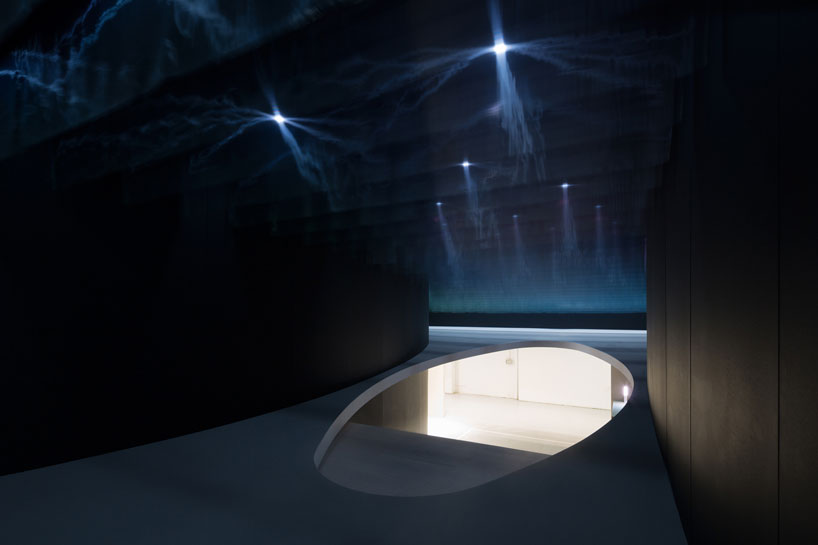 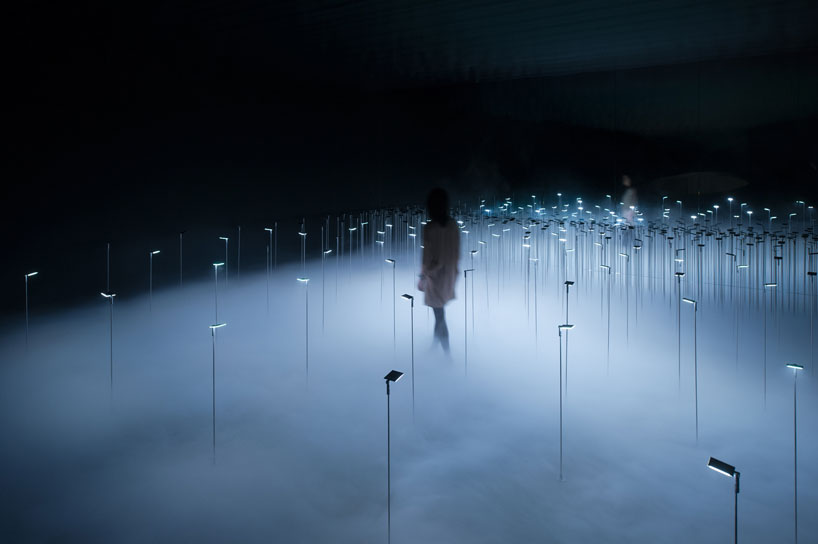 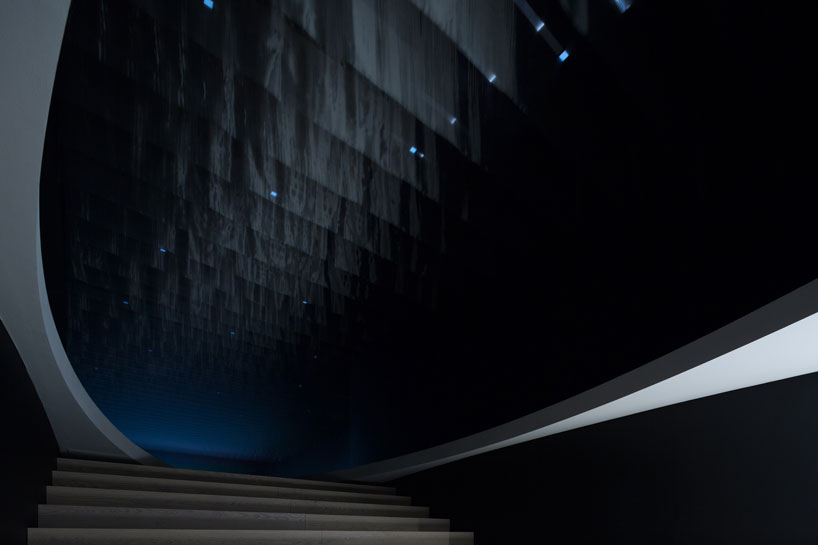 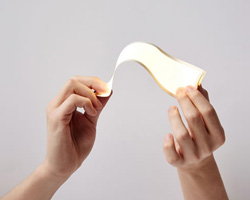 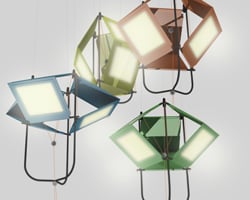 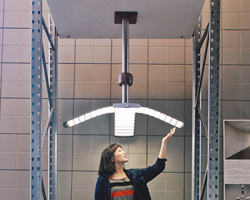 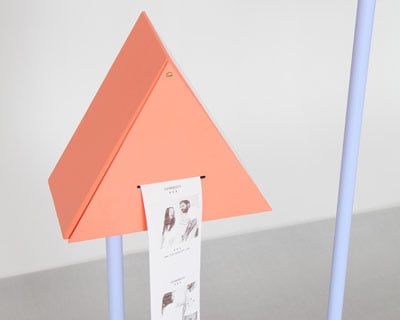 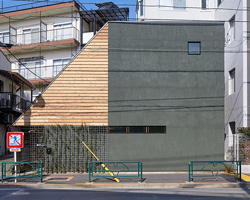 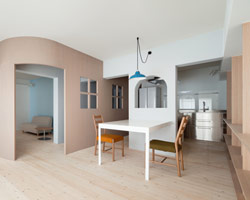