berlin-based artist candice breitz produces multi-channel video installations that contemplate the idea of individuality, the process of individuation, and one’s relationship to a larger community. in her most recent piece entitled ‘factum’ 2010, she interviews seven sets of identical twins and one set of triplets (with age ranging from in their teens to grandmothers), that have been edited into dual-channel presentations premiered at the 2011 singapore art biennale.

all are mono-zygotic twins who spent their formative lives together and are able to draw upon shared memory and experiences. filmed in a setting of their choosing (in one of the homes of a twin) and asked to dress as identically as possible, the twins were individually interviewed by breitz for about 5 – 7 hours giving both individuals the opportunity to narrate their own story as they chose to. covering intimate topics including childhood, sibling rivalry and family history, and at the same time allowing each subject to address their relationship to the world at large. the series of documentary totals about nine hours of viewing. 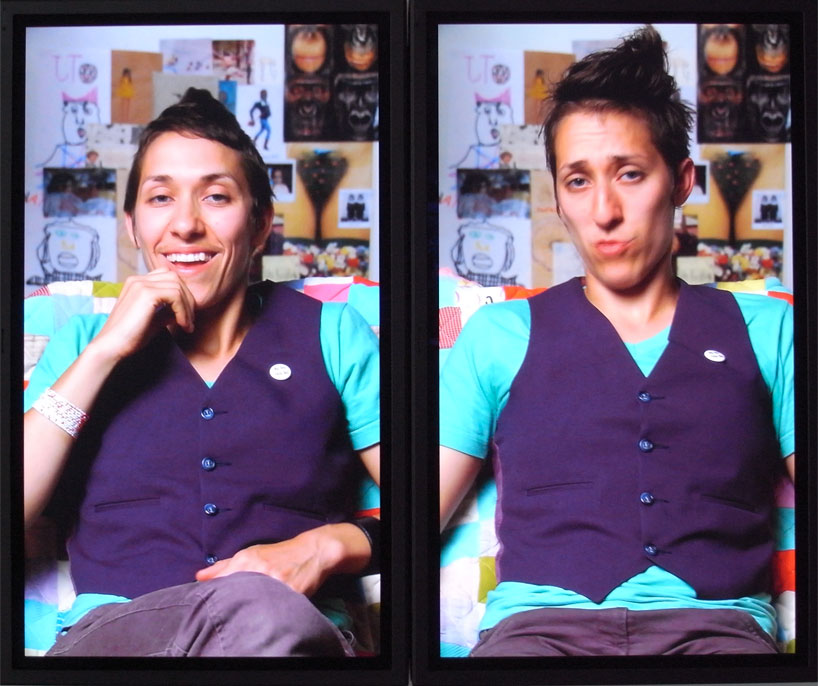 breitz’s intention is to breakdown the superficial similarity that is seen in twins and edits the interviews to create a dialog between the two as they answer the same questions. while appearing visually identical, one slowly notices the differences in spoken interaction as well physical body language. at some points the two really do seem eerily similar in their use of the same syntax and gestures to describe memory, but coming to incredibly varied conclusions on topics both consider vital. 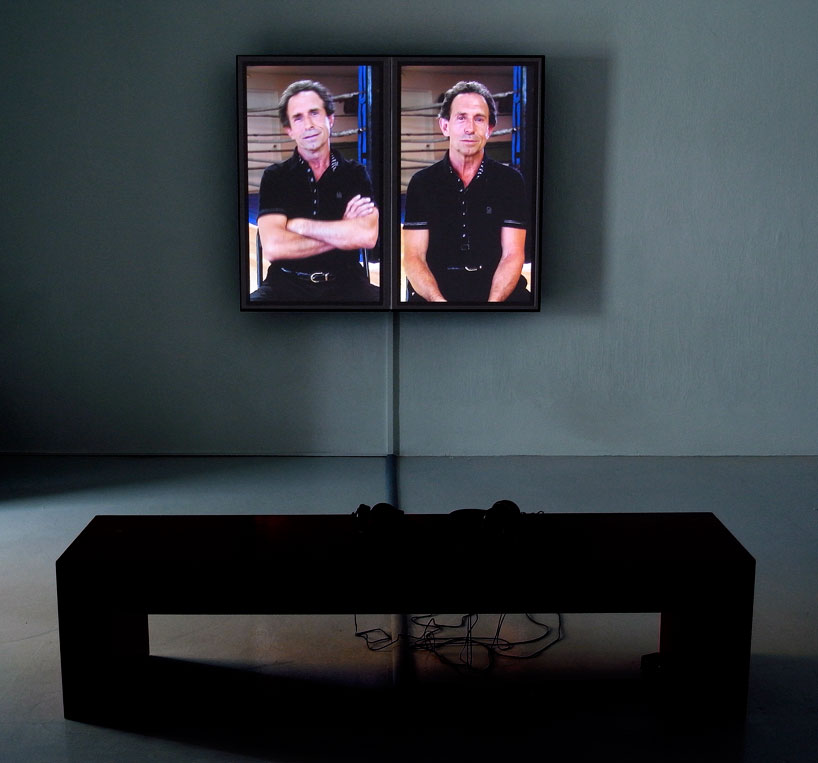 view of the installation at the singapore art biennale, as the pieces are meant to be experienced in darkness. image © designboom

by creating a study of identity in the form of comparing two visually similar subjects, the experience allows for the viewer to be highly focused on the content of what is being said and how it is being delivered. resulting in a reflection upon oneself that is perhaps personally meaningful and almost unexpected to the viewer.

left: the kang twins’ preparation before the interview required matching haircuts and long sleeves so as to not show an arm tattoo right: production still during interviews showing just how similarly detailed the shots were constructed to be 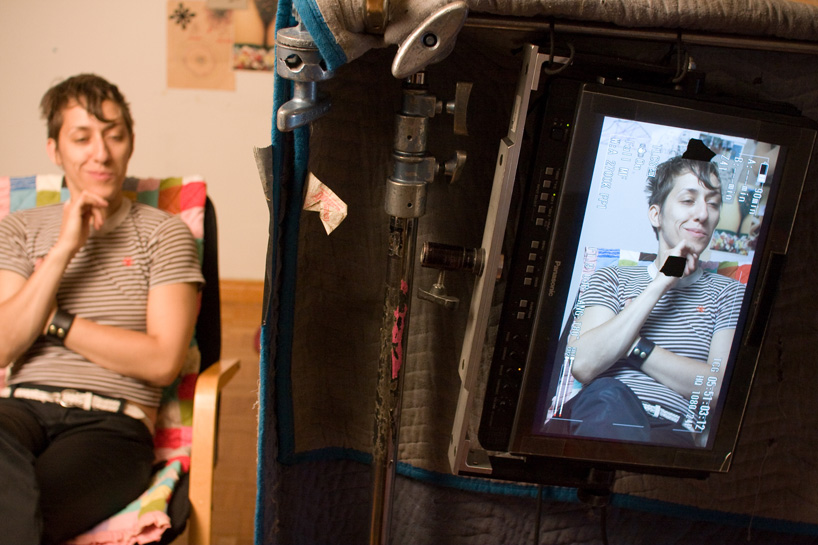 some of the ‘factum’ videos, also see the studio breitz vimeo channel for more videos. 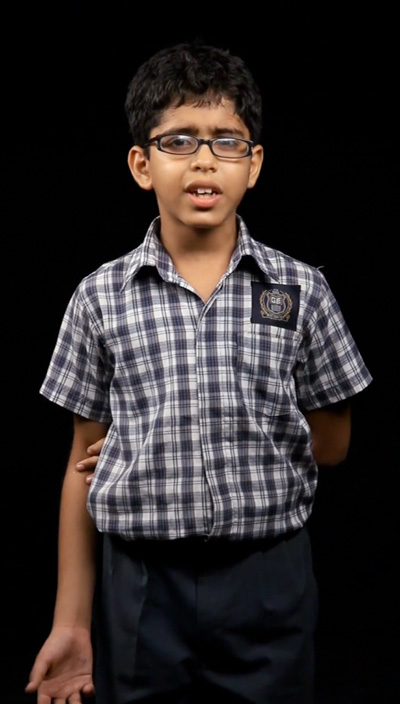