japanese artist teppei kaneuji‘s work comes from experimenting with the occupation and absence of space. presented at the 2011 singapore art biennale his assemblages of found objects and pop culture action figures are removed from their own context to create new forms and connections as a single shape. his aim is to ‘create paths for moving back and forth between things that are usually in opposition to each other’ and is rooted in the ‘mono-ha’ movement in japanese modernism of the 1960s and 1970s. after sourcing his objects and separating them into piles of ‘things that can be stack high’, ‘things that look like bones’ or ‘transparent things’ he fuses them together and covers them in varying amounts of white polyester resin. the whiting out process of the objects is ‘a phenomenon. I see white as a color of things, but also as something that indicates void or space. white simultaneously means to be and not to be.’ 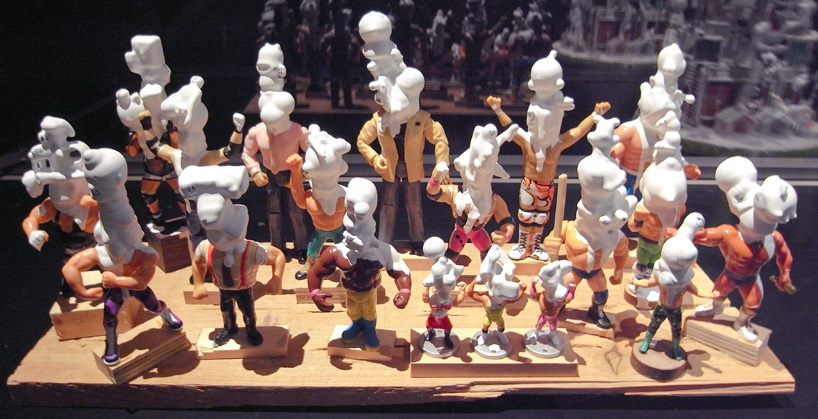 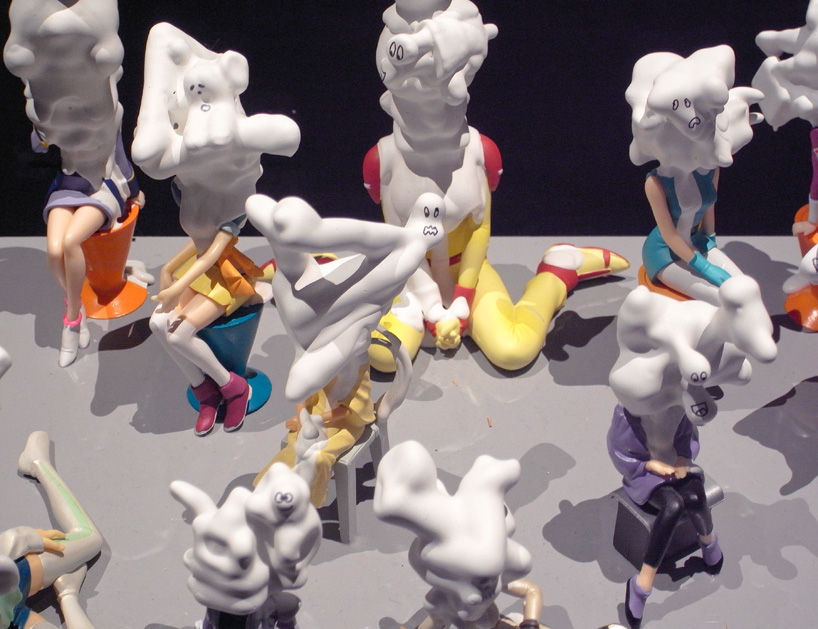 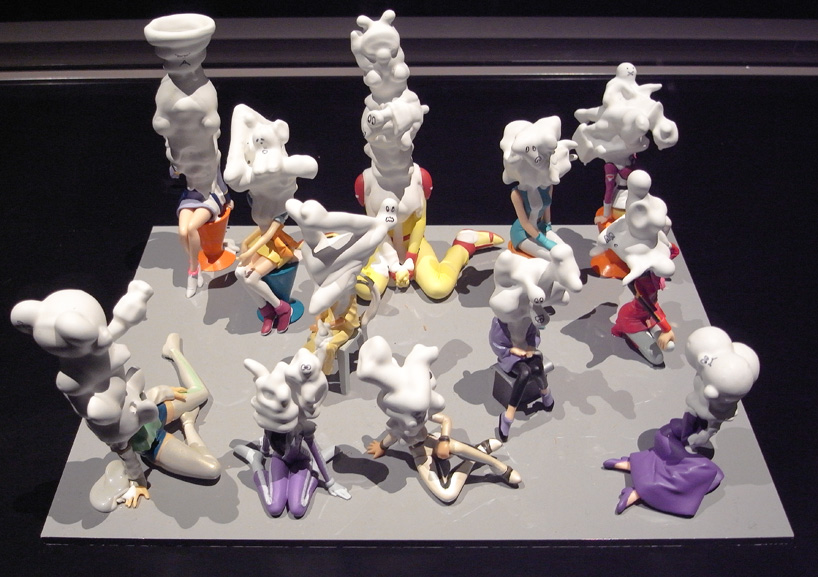 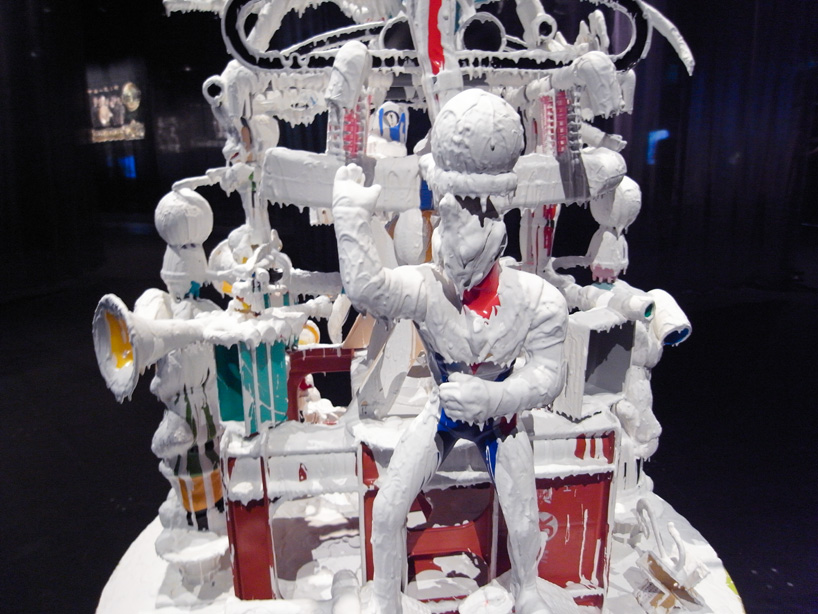 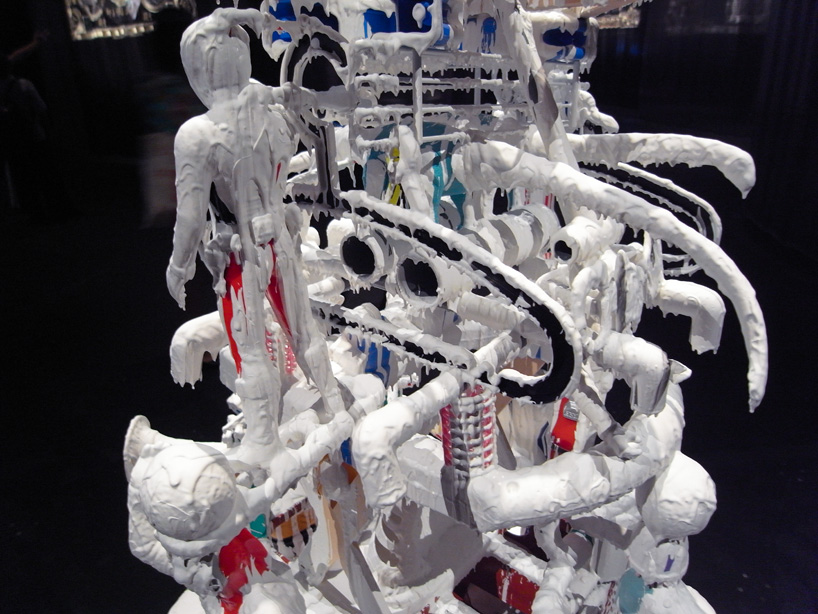 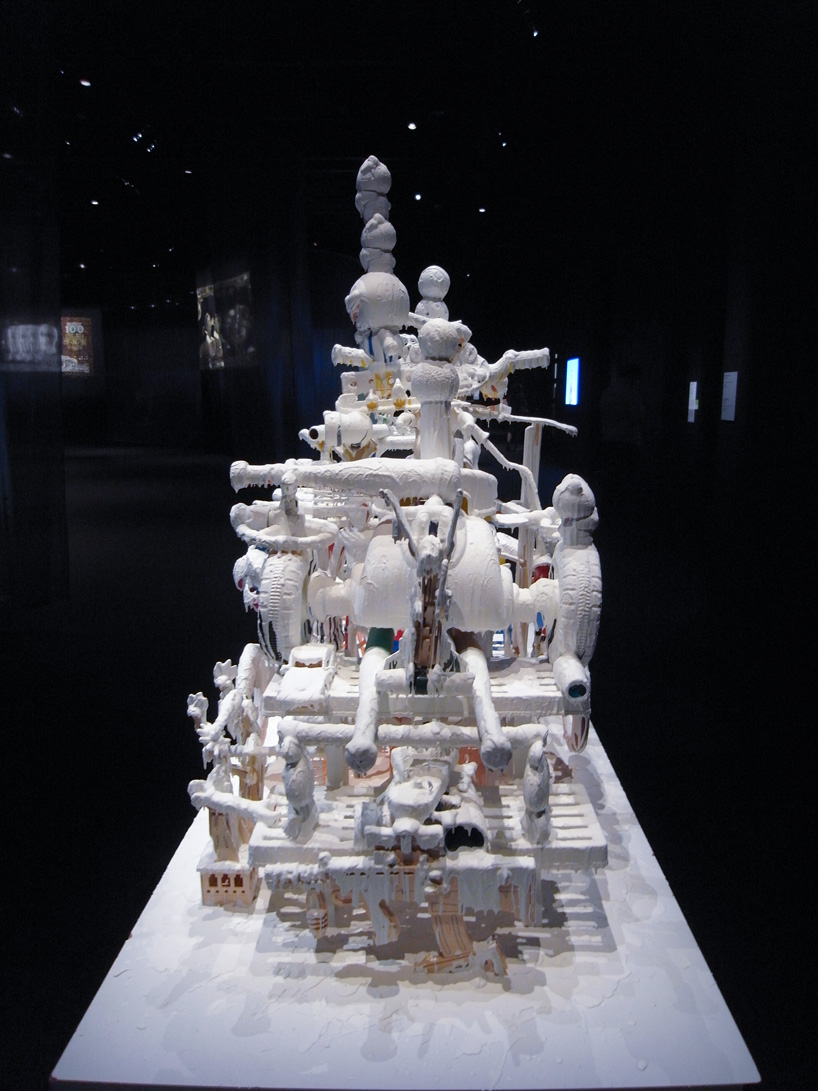 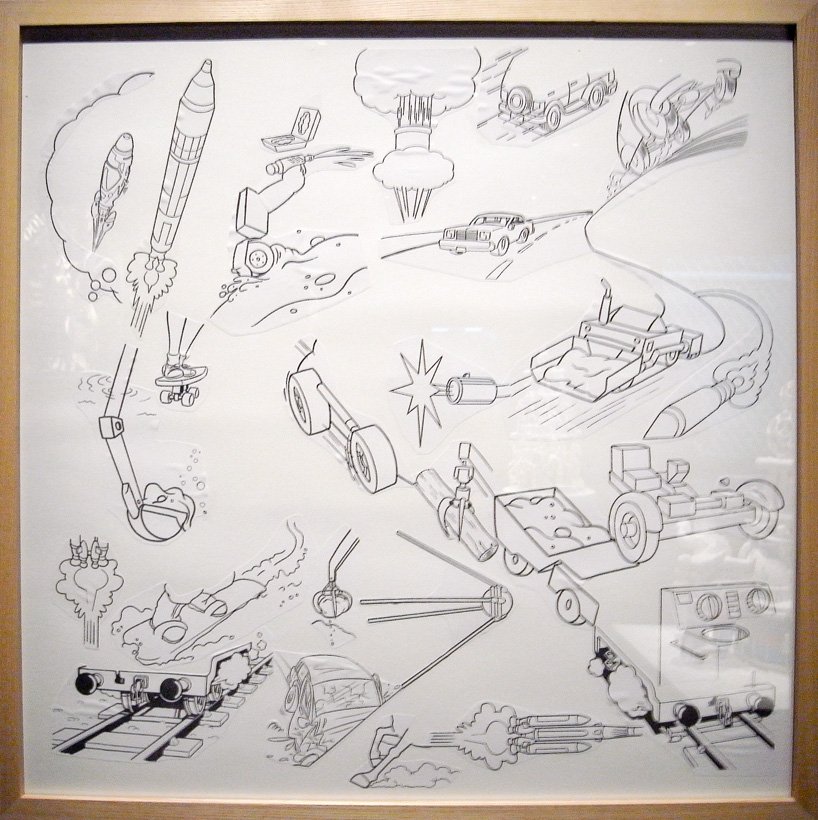 — in its third edition, the singapore biennale (SB2011) is led by artistic director matthew ngui and curators russell storer and trevor smith, and is organized by the singapore art museum (SAM) of the national heritage board and supported by the national arts council, singapore. open to the public from march 13 to may 15, 2011.

as the leading biennale in southeast asia, SB2011 situates contemporary art from singapore and southeast asia within a broad international conversation. the title ‘open house’ is conceived not as a theme but as an invitation or ‘open doors’ onto contemporary artistic practice. artists’ practices are not simply grounded in describing or portraying subjects in the world, but are often actual attempts to exchange information, translate experiences and trade places and perspectives. ‘open house’ suggests the crossing of thresholds between public and private, where boundaries and borders are made permeable. it is in this fluid space that contemporary art often emerges, out of a need to bridge the gaps between the experiential and the psychological, and between social and political hierarchies. 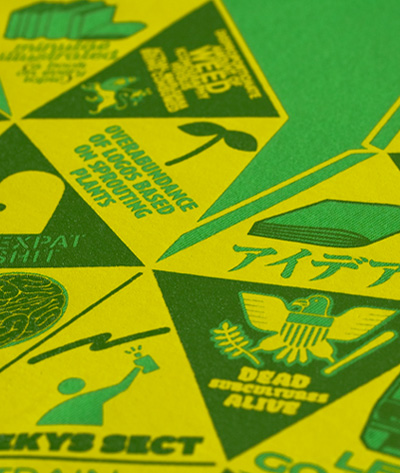 Aug 11, 2022
kumi kaguraoka explores beauty standards with her body-reconstructing devices
'the metamorphosis of beautiful bodies' is a poignant commentary investigating past, present, and future aesthetic dogmas that dictate the survival and value of the human body.
art
193 shares
readers
connections: 90