the building itself dates back to the pre-revolutionary war and was originally used as a factory to construct gun parts. in 2010 a fire severely damaged the structure, causing the collapse of the entire second story. since then the building has sat dormant — burned and boarded up. hopeful that she could turn the site around, artist heather clark approached the owner with the idea of transforming the stunning brick architecture into a multi-purpose community theater and art installation that would sit at the heart of the town. a collaborative effort between a variety of local bodies has since resulted in the opening of the sky stage. 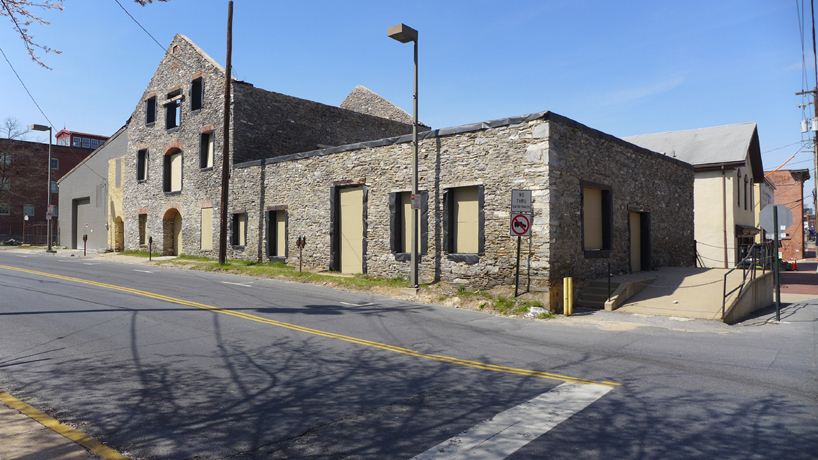 the centerpiece of sky stage is a digitally-designed two story sculpture with ribbons of drought-resistant plants that twist and wind through a wooden lattice and the building’s doors and windows. state of the art green roof technology has been modified to support the spiraling plants, while rainwater collected from an adjacent roof and stored in a cistern is used to irrigate the plants and trees. clark collaborated with the massachusetts institute of technology’s digital structures research group who computationally designed and engineered the sculpture’s complex wooden lattice with custom geometry-generating algorithms. professor caitlin mueller and research fellow kam-ming mark tam led the engineering effort. 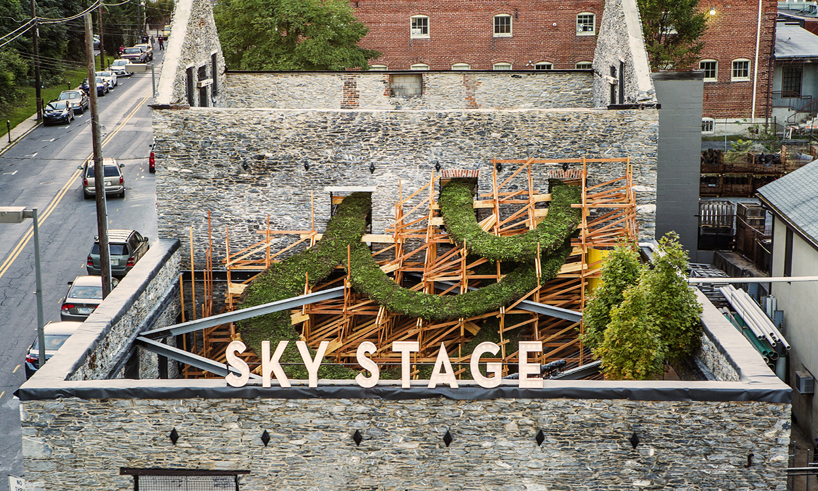 the stepped wooden amphitheater is capable of holding audiences of up to 140, and is sheltered by a collection of transplanted trees that emerge from the seating, providing a leafy canopy overhead. engaging in an ongoing conversation with the members of the public, sky stage offers a completely free program of events including drama, music, children’s story time, art classes, dance, history, literature and film, and encourages locals to suggest new and innovative ways to make use of the new space.

frederick arts council is overseeing the day-to-day operations of the theater in partnership with americorps. sky stage will be open through july 2017. 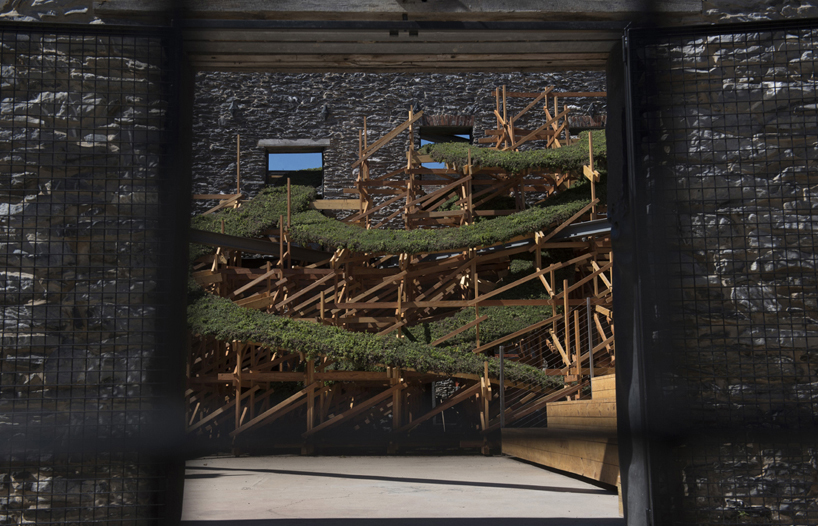 state of the art green roof technology has been modified to support the spiraling plants.
image by bill green 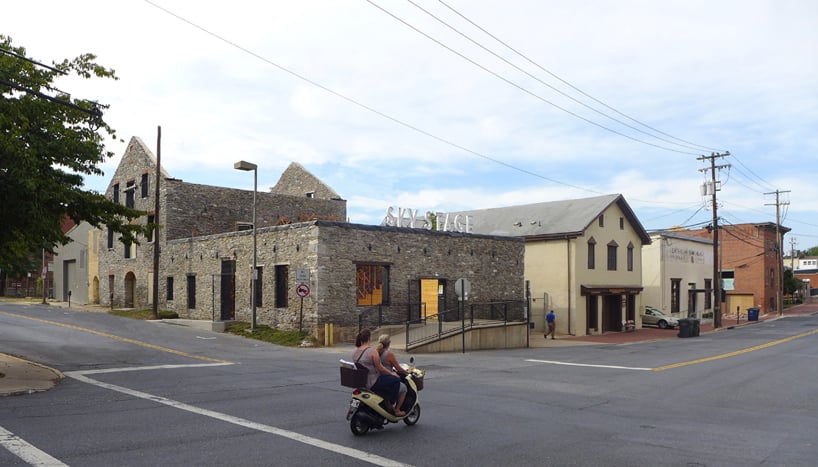 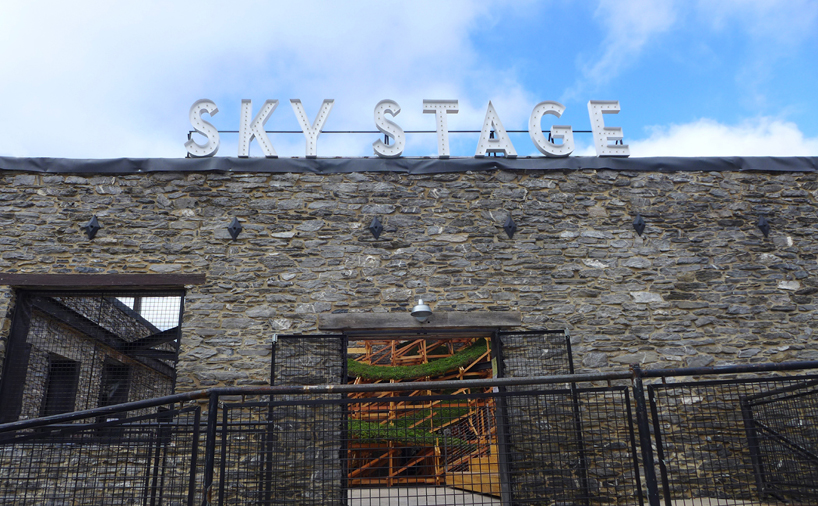 in september 2016, the plywood boards on the doors and windows were removed to reveal a center for arts and culture 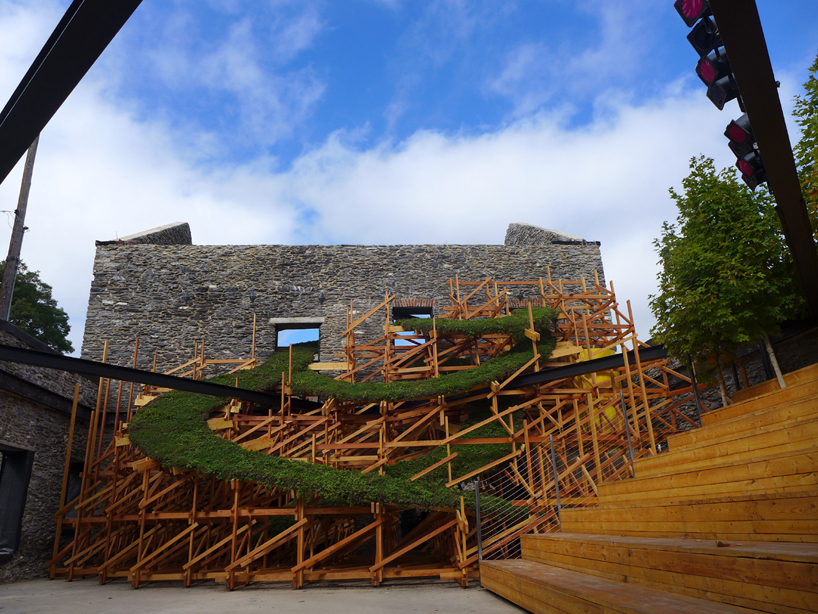 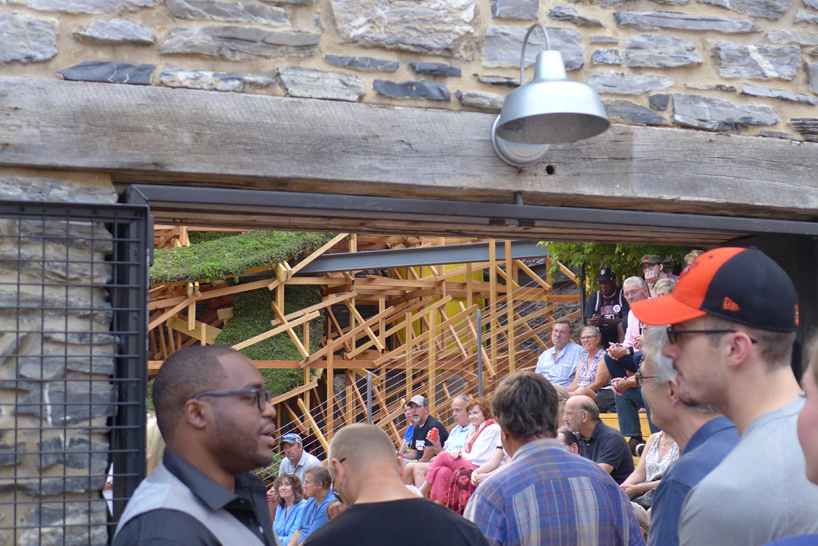 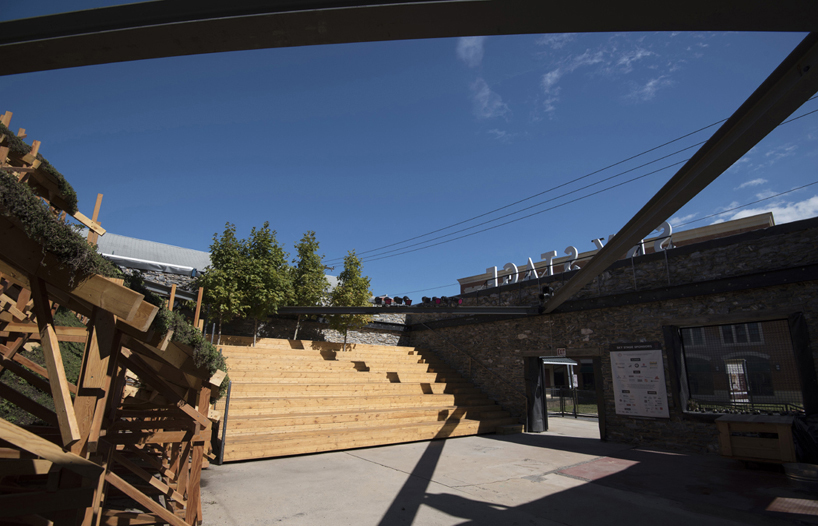 local residents are encouraged to suggest uses for the new space 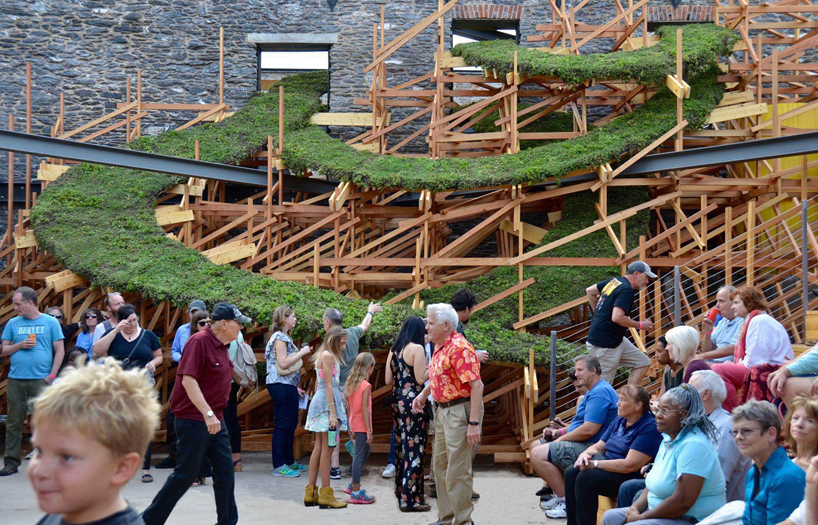 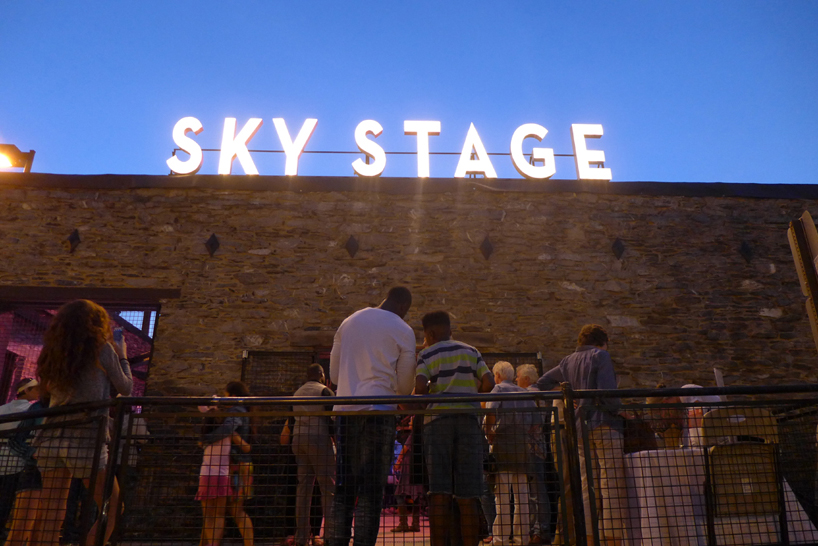 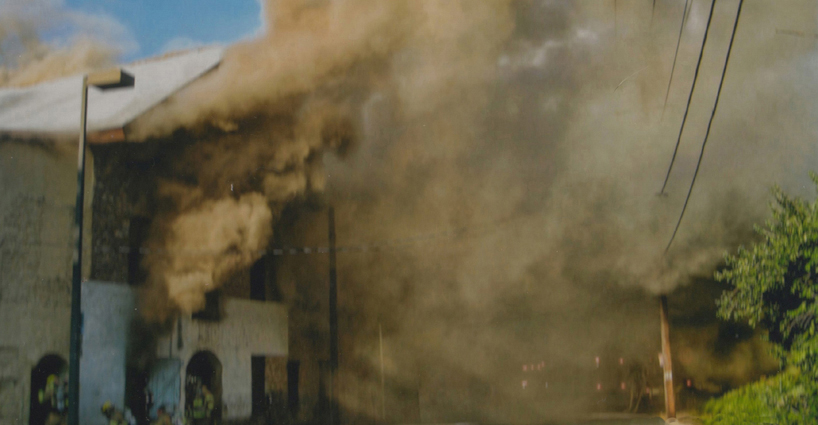