in order to create a photographic series which encapsulates new portraiture for the modern international family, singapore-born and new york-based photographer john clang developed the series ‘be here now’. the collection of images picture several groups of relatives originally from

singapore with all members of the family unit included in one shot. what makes this series tailored to the new standard of haphazard familial diaspora is that regardless of whether or not the people of a particular kin group are physically in one geographic location, the photographer is able to capture all members together through a projection of the missing individual(s) likeliness with the use of the video-chat system, skype. this technological choice removes the obstacle of all individuals of a family needing to be in the same place at the same time, removing the issue of member’s absence from affecting the traditional artistic documentation of family.

clang says of his first version of the series, ‘being together’ in which he pictures his own family based in new york and

singapore, ‘webcam was used to do live recording of my family in singapore. the recording was then transmitted via skype to new york city and projected onto my living space. this is how families, dis(membered) through time and space, can be re(membered) and made whole again through the use of a third space, a site that is able to reassemble them together within the photographic space that we call a family portrait.

drawing upon my own experiences of being separated from my family as a new york-based singaporean, this work documents and examines our condition of new-wave diaspora – singaporean families of various races and ethnicities [sic] grappling with the same predicament of separation through time and space.

in addition, this is also an extension of one of the recurring theme of my works: the fascination with the expressions of time and space and how we negotiate our human existences within these two dimensions. this work specifically addresses the phenomenon of differing time zones, the different dimensions of our human representations, and how we can finally coexist, albeit in pixilated [sic] and two-dimensional forms‘. 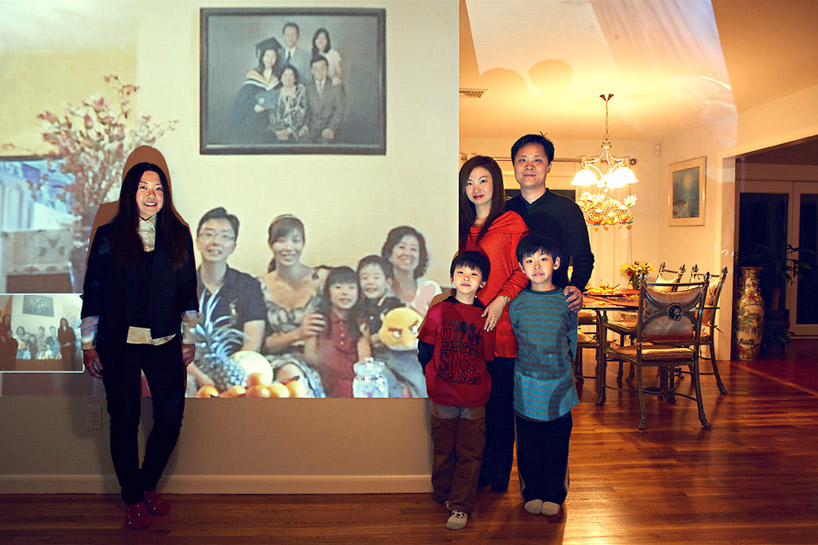 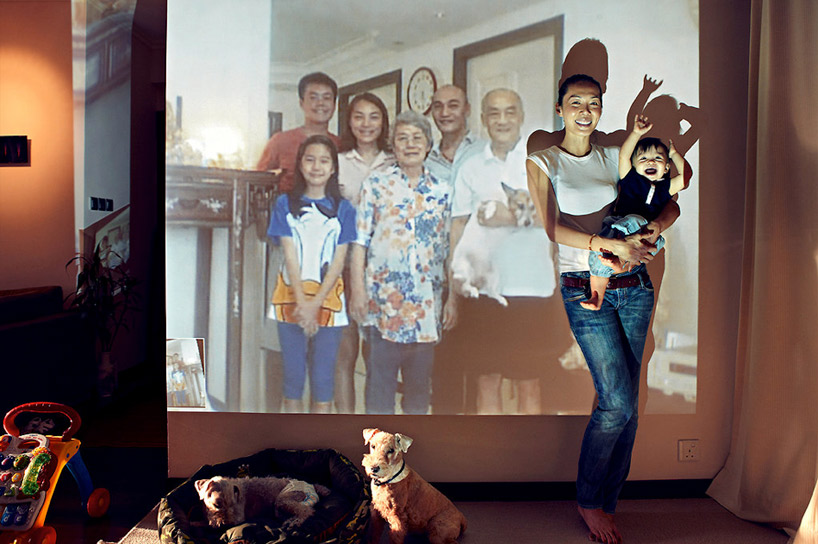 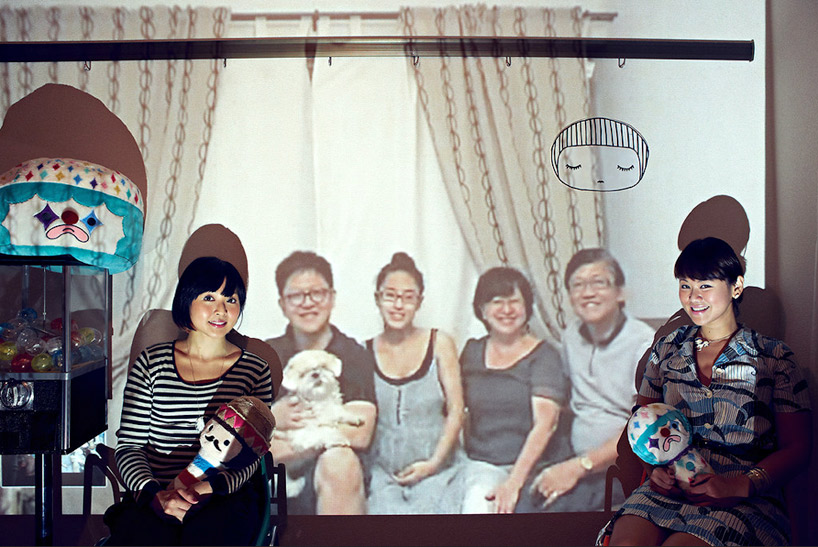 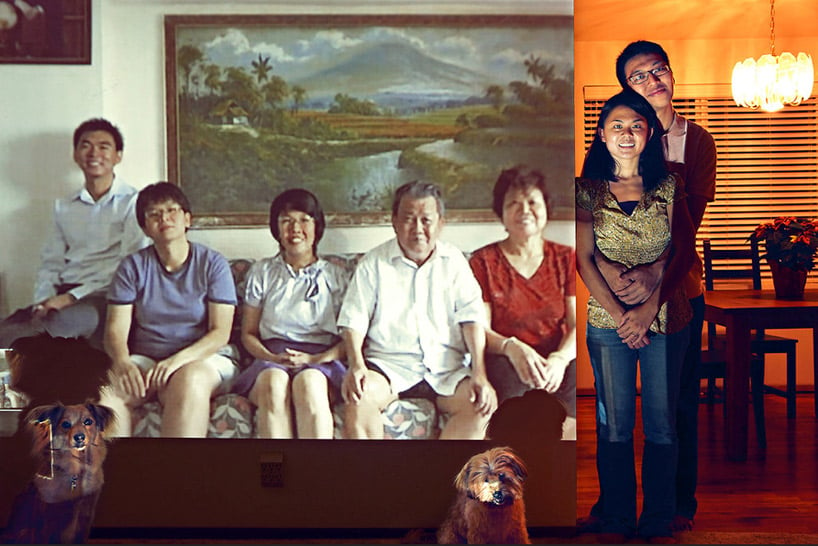 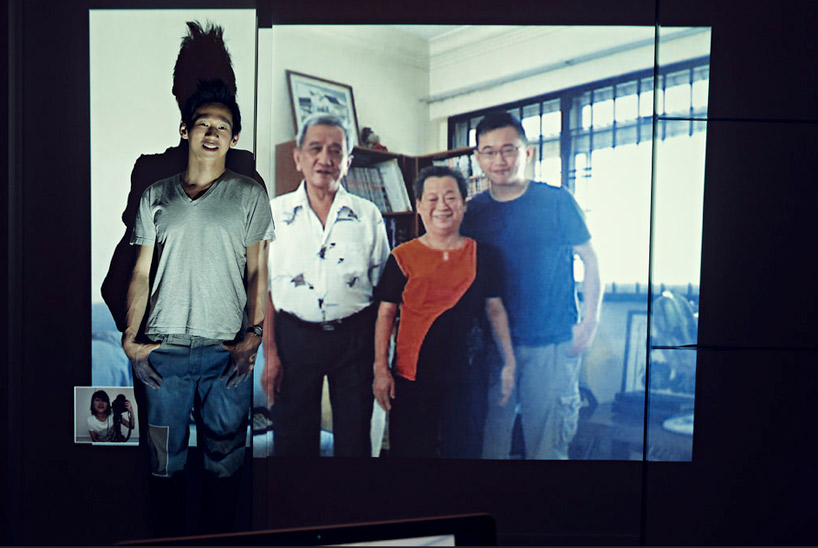 ‘new york (and singapore): john clang, the photographer for this project; his parents, ang ching seong and NG gek choo; his brother, joe ang; and, in the chat window on the laptop at the bottom of the photo, john-s wife, elin tew’ 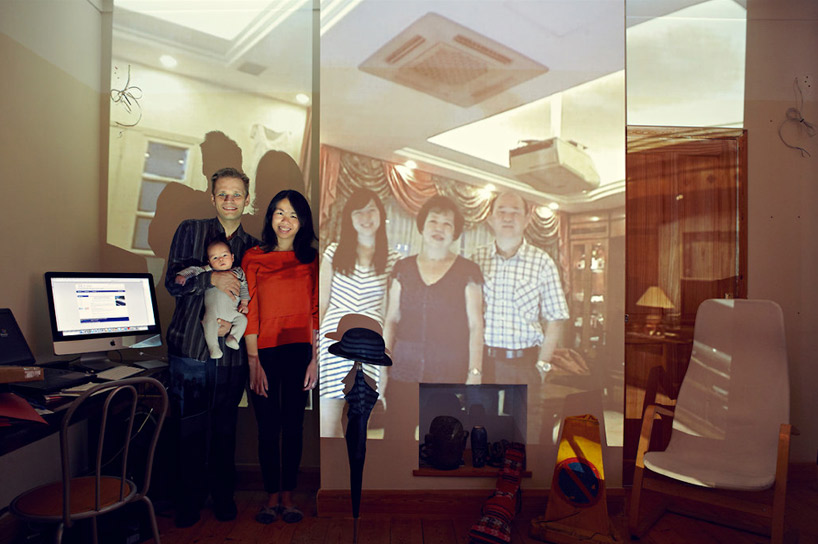 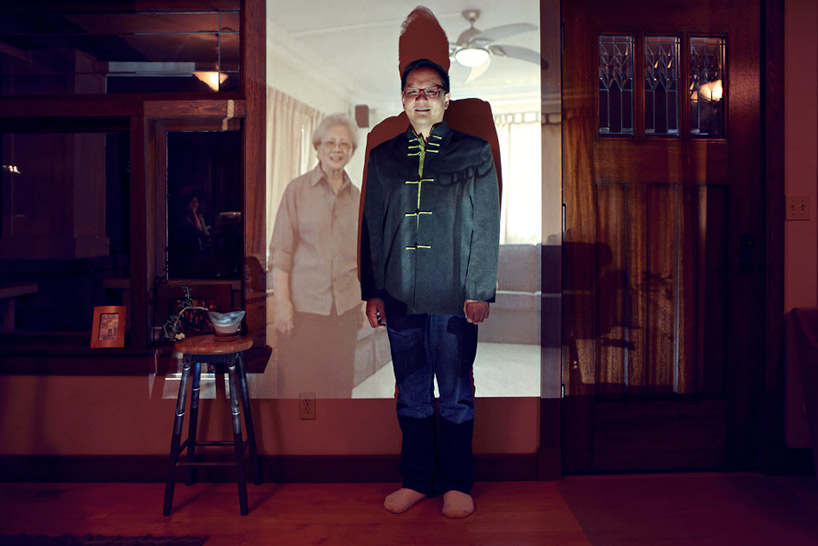