designers guillermo bernal, zackery belanger, eric ameres, and seth edwards have sent designboom their project ‘manta’, an acoustically reactive suspended sculpture developed as part of smartgeometry 2012 a four-day workshop and symposium in troy, new york, USA. the interdisciplinary project is a dynamic manifestation displaying the incorporation of architecture, fabrication, interactive technology and research in acoustics into an actualized form. ‘manta’ is formed from a system of CNC machined panels and connectors comprised of high-density polyethylene while it’s shape results from bending stiffness and triangulation. the hanging piece makes use of its rigging, infrastructure and home in an acoustically inert environment in order to become a truly kinetic sculptural work. 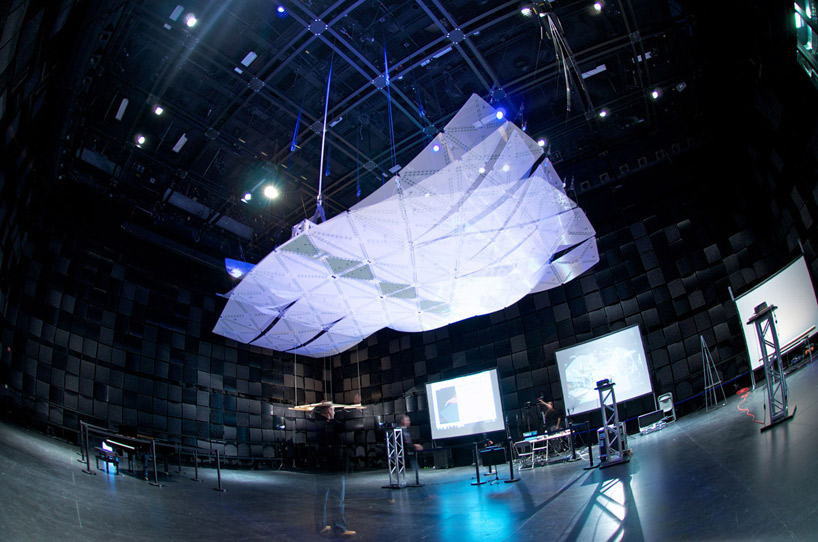 bernal tells designboom that the aim, ‘was to create a surface that changes its form – and therefore acoustic character – in response to multi-modal input including sound, stereoscopic vision, multi-touch, and brainwaves‘. the sculpture was then built in experimental media and performing arts center’s studio 1 at rensselaer due to the room being an acoustically inert space. this allowed for the designers to perceive the movement of the reactive surface in reality.  belanger notes, ‘manta is a surface that changes form – and therefore acoustic character – in response to multimodal input through open sound control,  including stereoscopic vision, multi-touch, sound, and brainwaves. while adaptable acoustic treatments are common, manta explores variability and  responsiveness in the surface itself, advancing acoustic systems beyond individual elements and corrective treatment.‘ 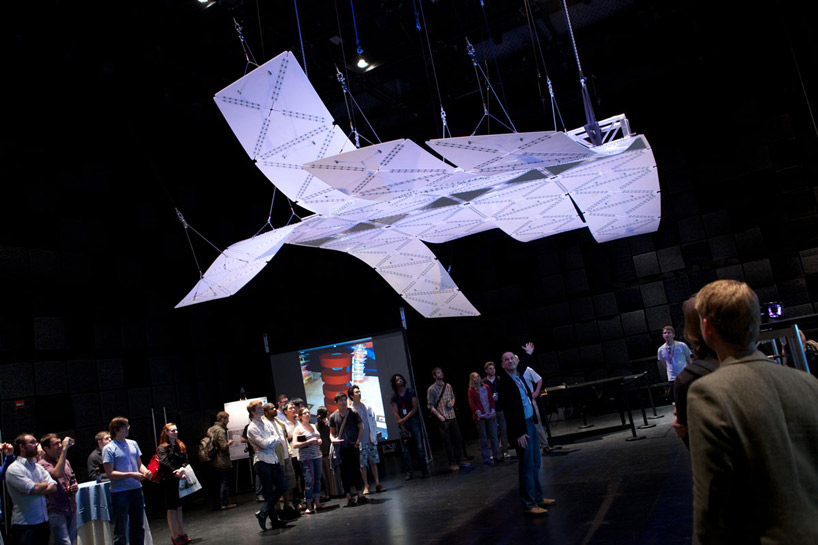 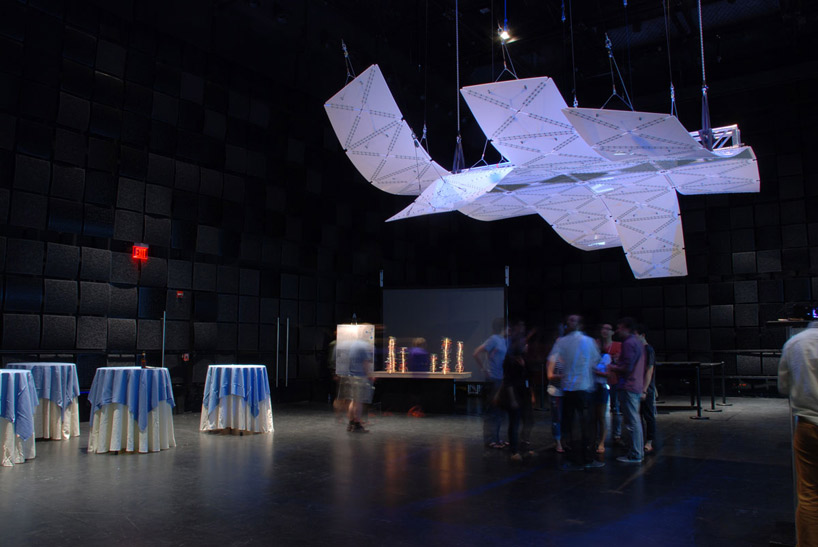 participants stand under the kinetic sculpture 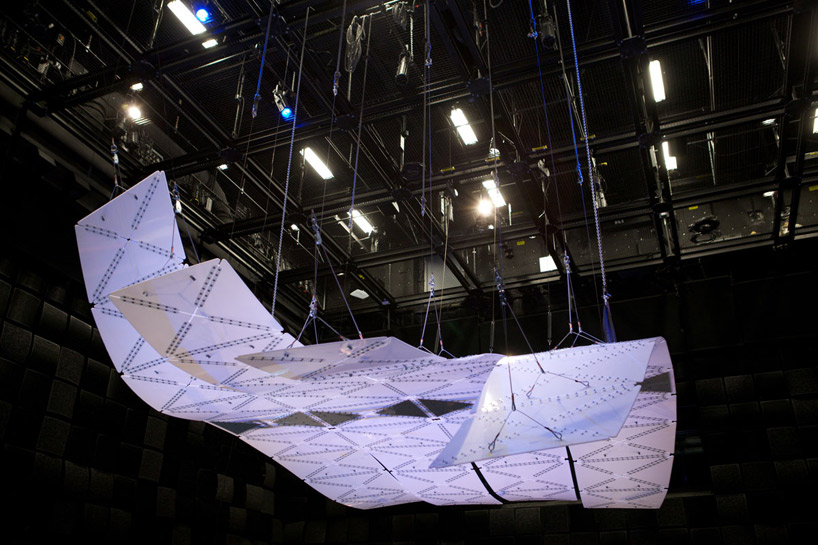 side perspective of the piece 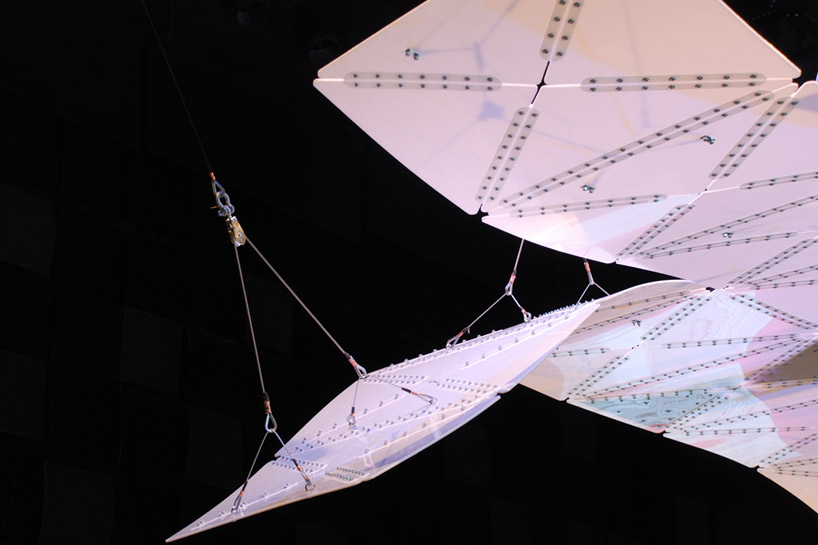 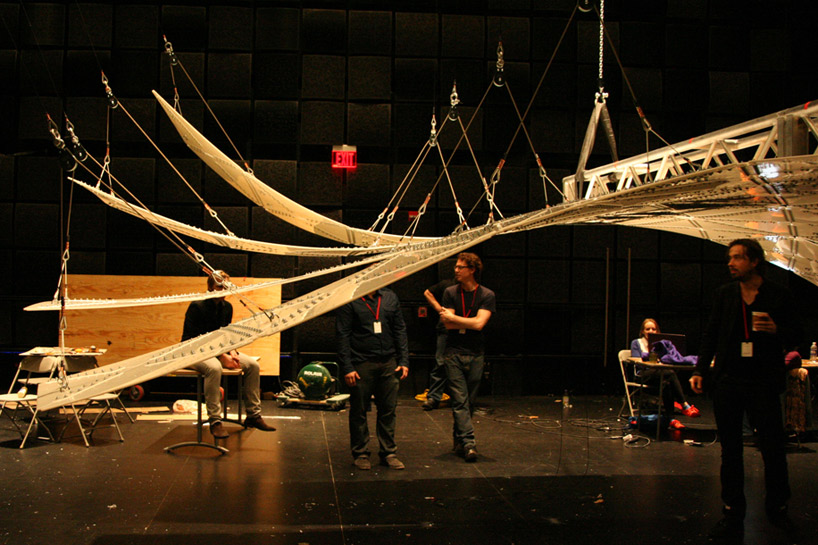 the participants install the kinetic sculpture 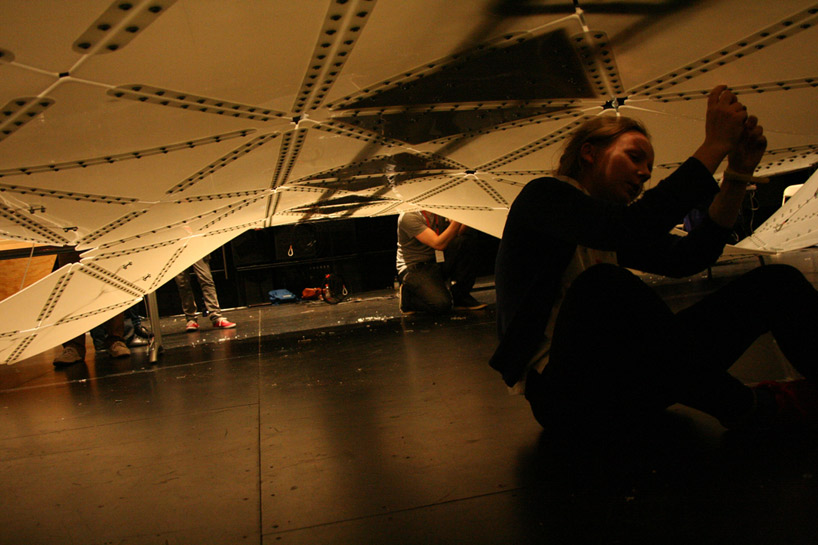 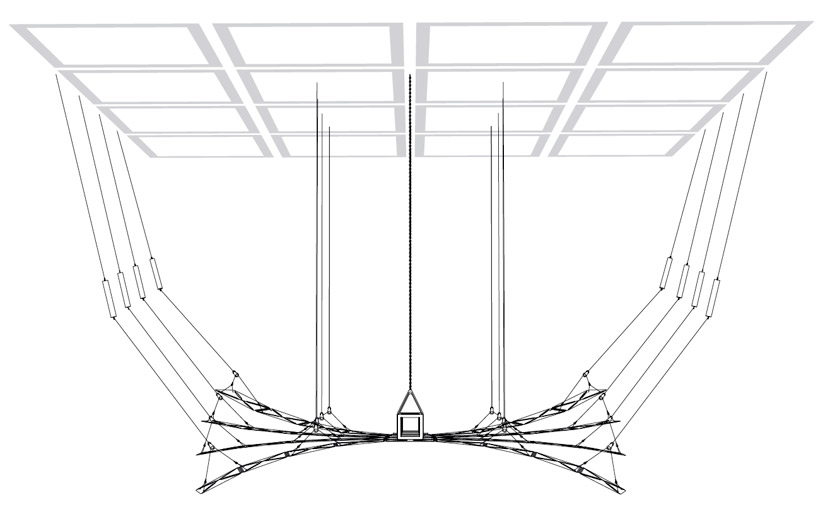 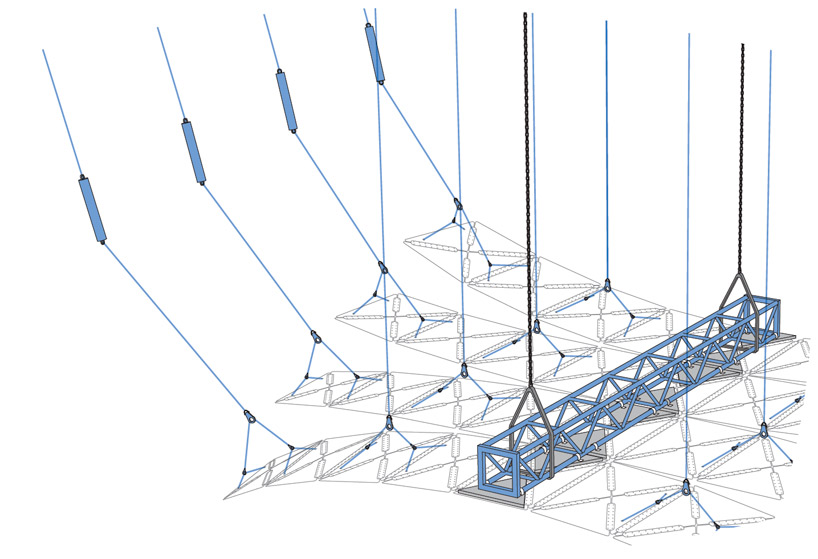 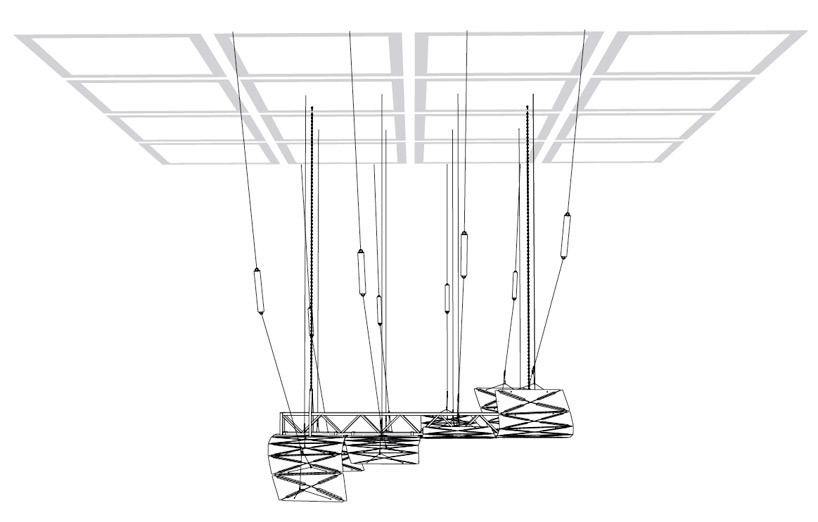 from the side, this conceptual sketch is able to portray the movement of ‘manta’s’ arms 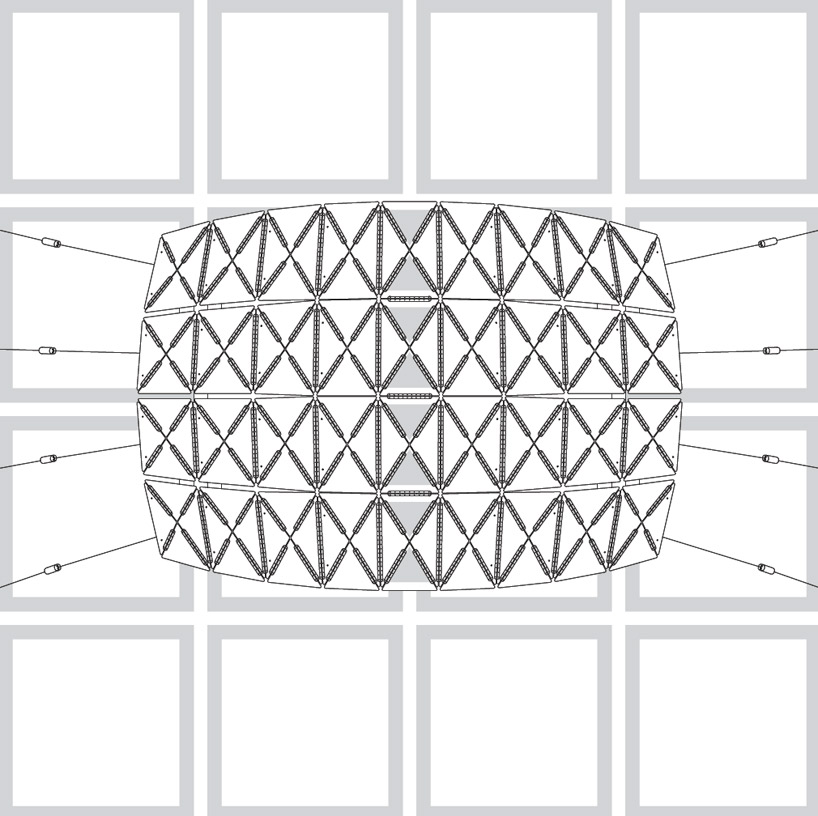 the designers conceptualize a view of the kinetic work from the ground, looking up to its underside

‘the raising and tuning of manta’ by zackery belanger ‘manta’ reactive acoustic surface is raised in EMPAC studio 1 at rensselaer as part of smartgeometry 2012 – design by zackery belanger, eric ameres, seth edwards, and guillermo bernal music by peter edwards

Feb 02, 2023
now complete: anish kapoor's newest 'bean' nestles into the streets of new york
the new 'bean' is snugly squeezed beneath the cantilevering slabs of the 'jenga building' in tribeca.
art
267 shares
connections: +1360
'we are nature' - interview with brazilian artist ernesto neto ahead of engadin art talks
designboom speaks with ernesto neto about hope, spirituality and nature ahead of his participation at this year's engadin art talks.
art
0 shares
connections: +120