with ben fearnley’s work, we get something more tangible. we don’t get the heart-wrenching, existential sadness that we get when looking at campau’s signage; fearnley’s less-abstract metaphors describe facebook, twitter, instagram and snapchat as familiar devices: a microphone, a dinner plate, a paper shredder, and of course, that thing you put a quarter in and look through at national parks. 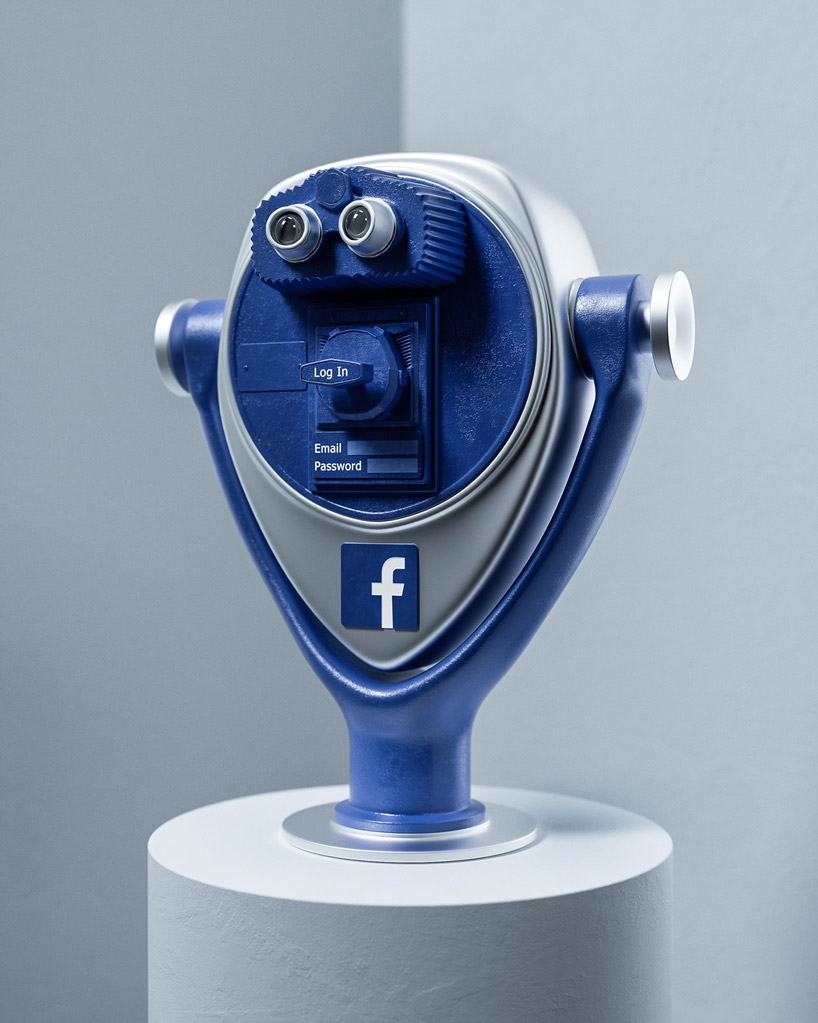 all images courtesy of ben fearnley

the series does not describe social media on a philosophical level, but literally, it points out ways in which we interact with each of them. according to ben fearnley, facebook is a place where we simply view. we do not touch or speak. we scroll around a digital landscape. 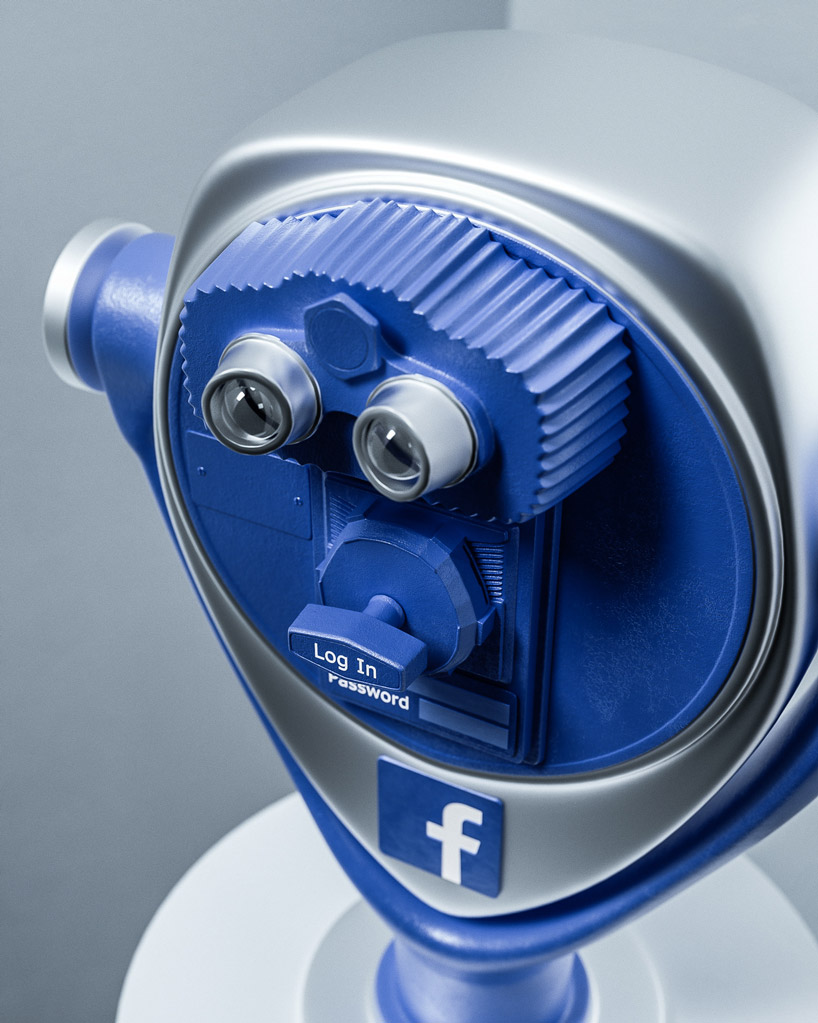 twitter, like a microphone, gives us the opportunity to speak our thoughts loudly to the world. the downside? what we say is often translated and lumped into an endless pile of hashtags. gluttonous instagram speaks for itself. and snapchat — oh, snapchat — can you possibly think of a better metaphor, than an eggplant paper shredder? 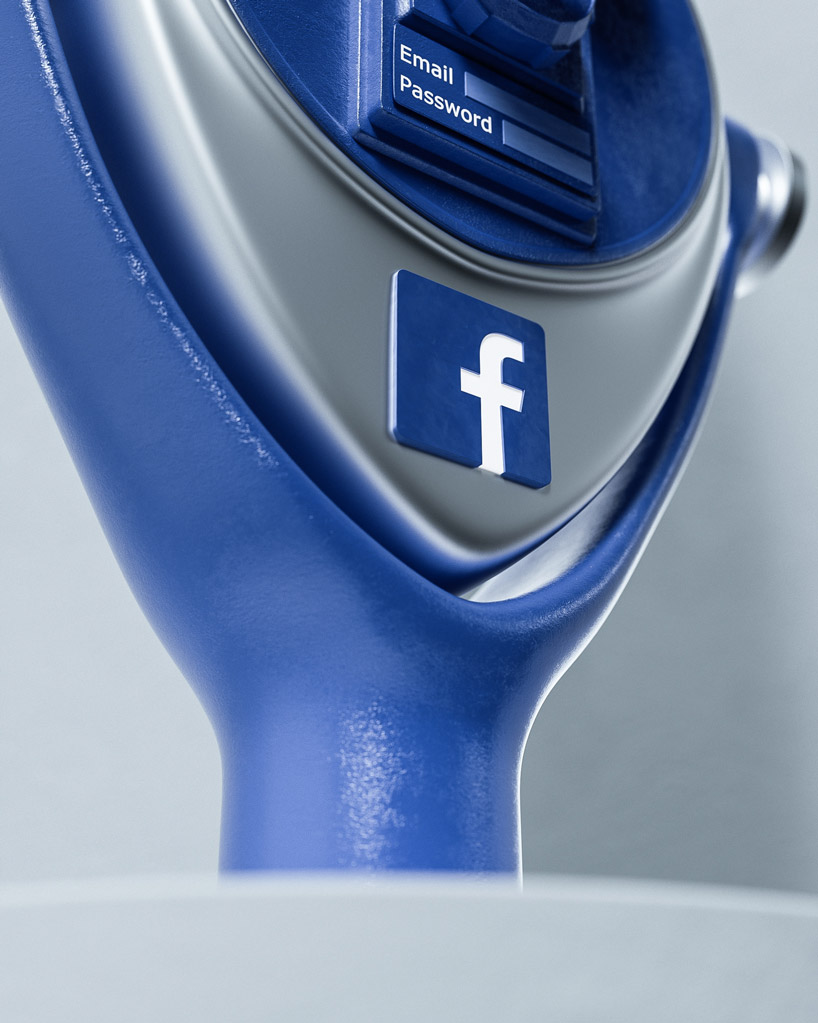 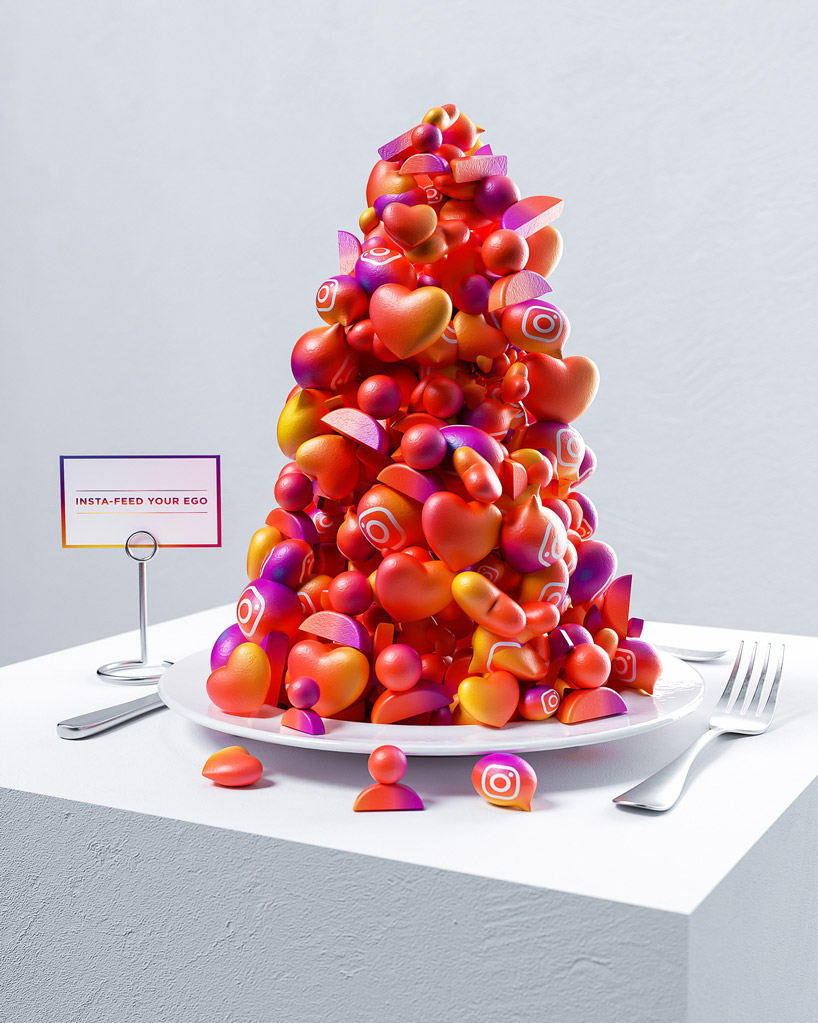 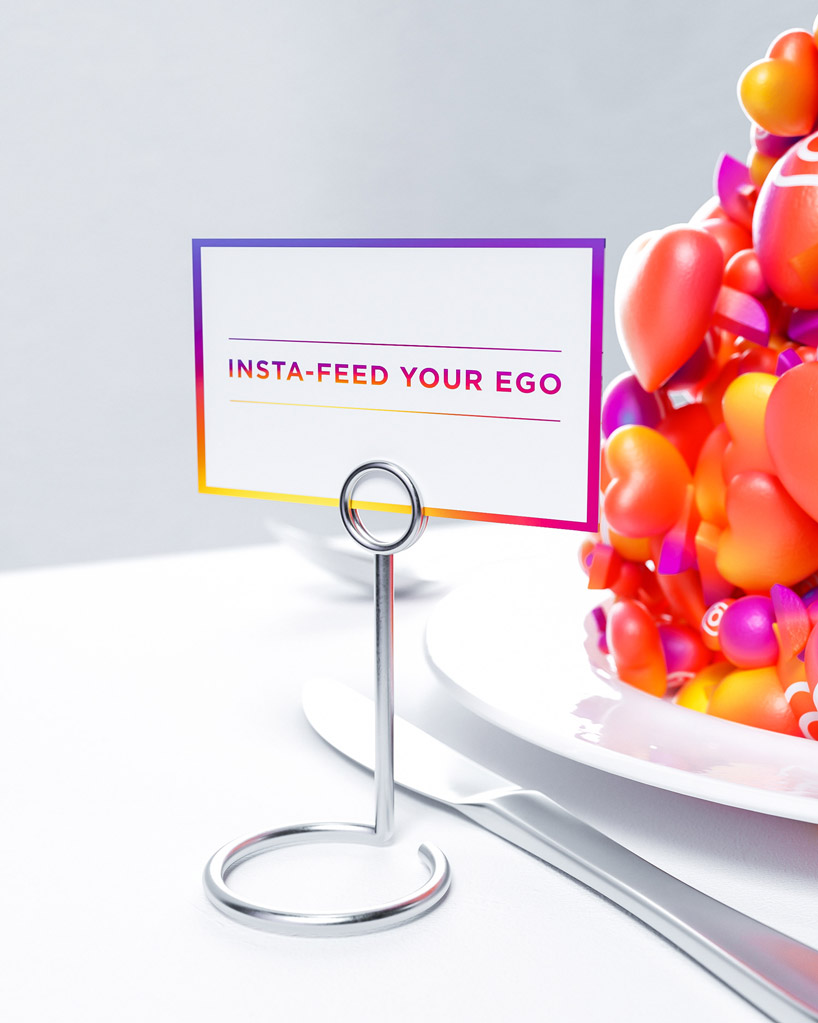 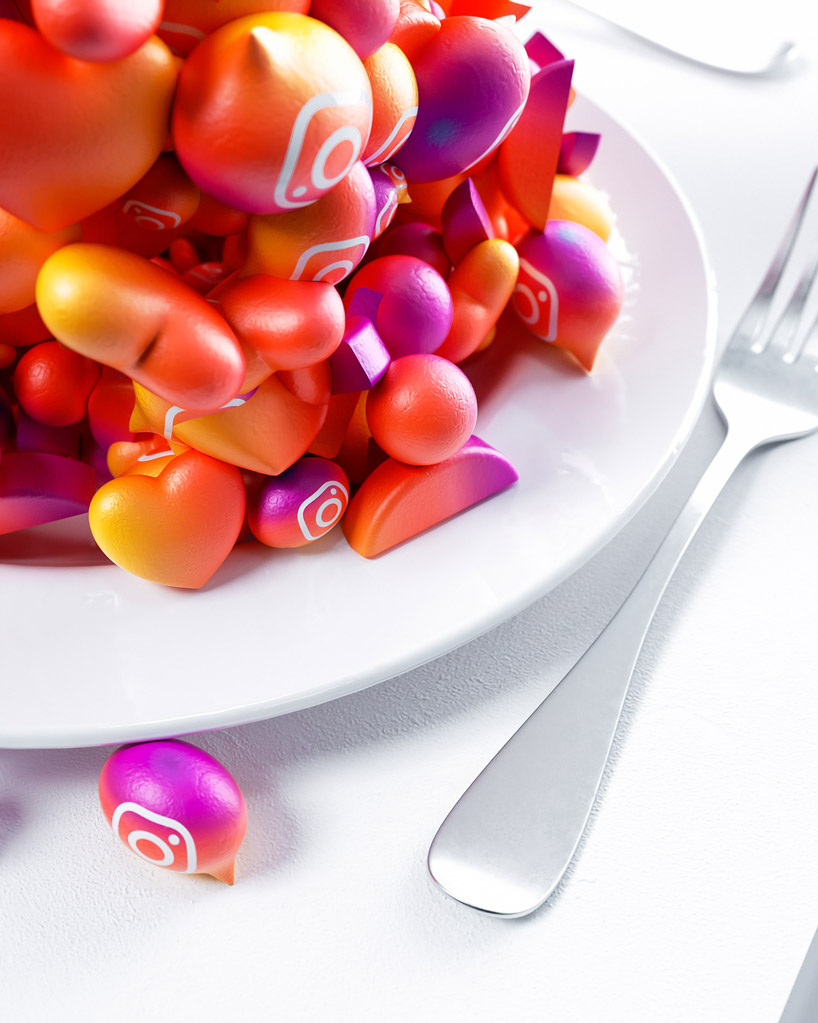 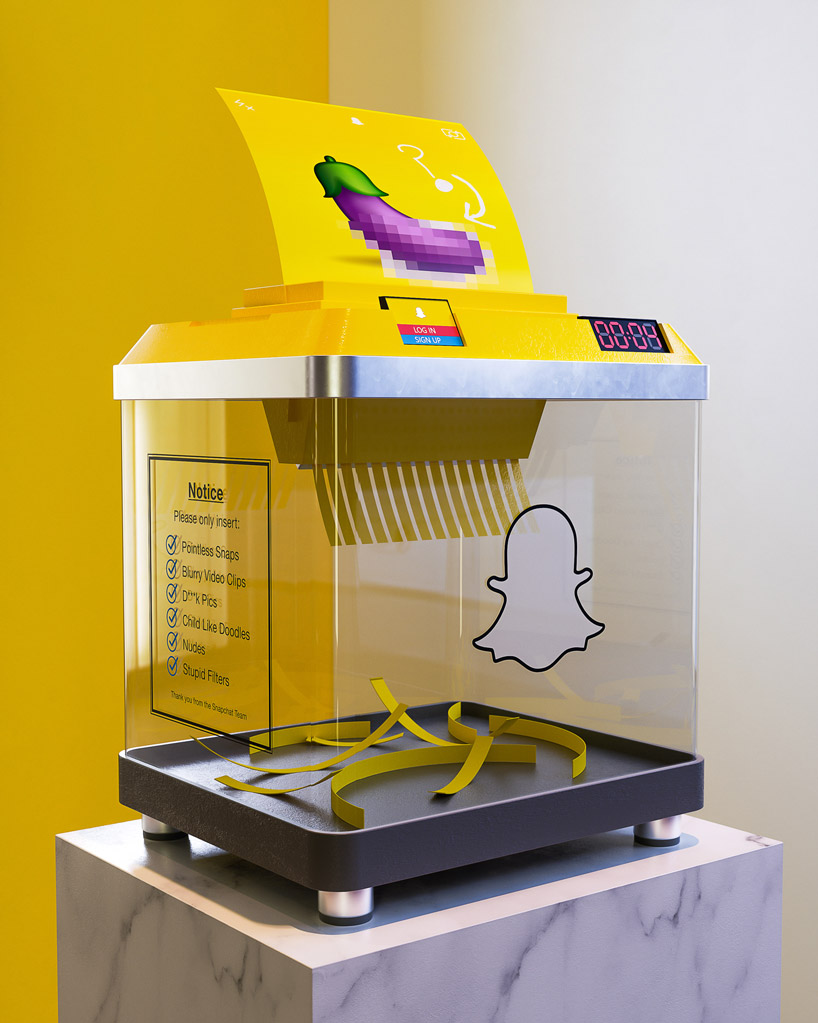 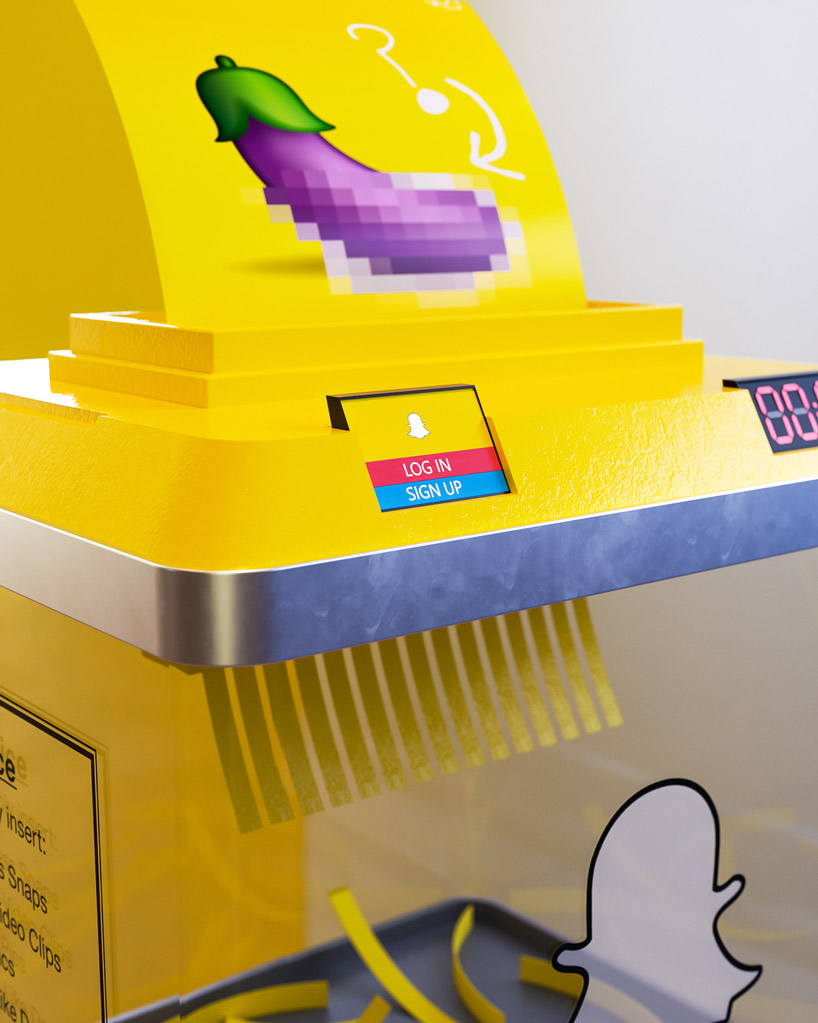 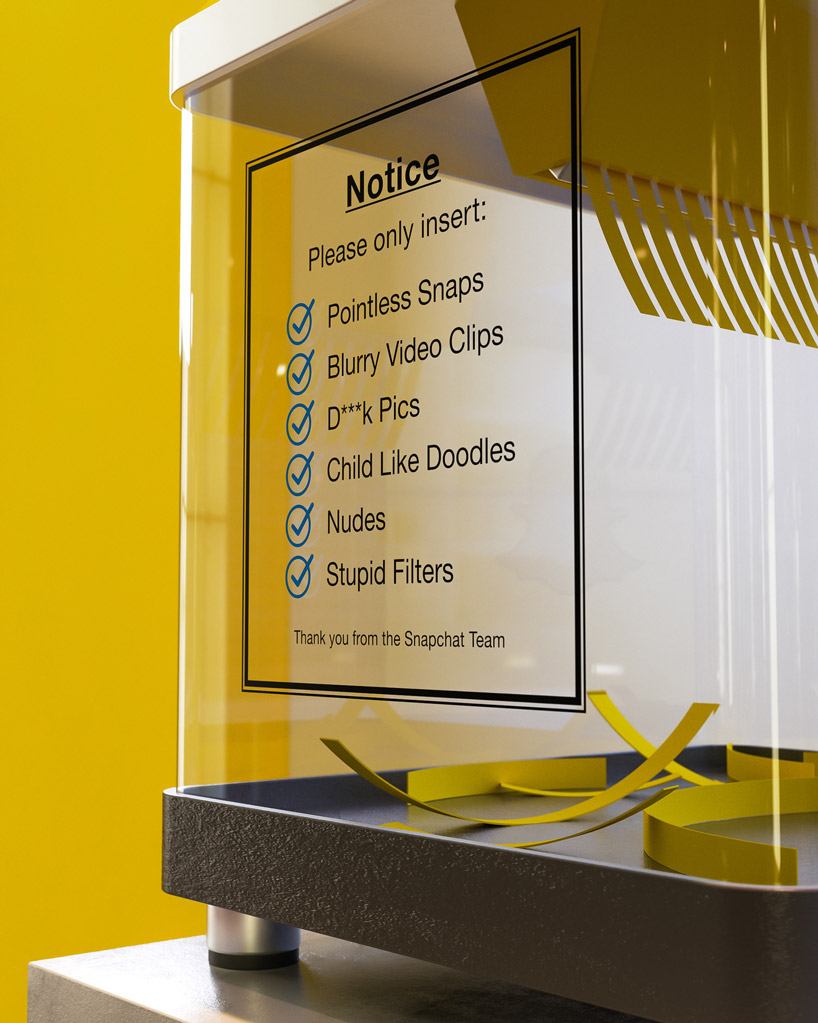 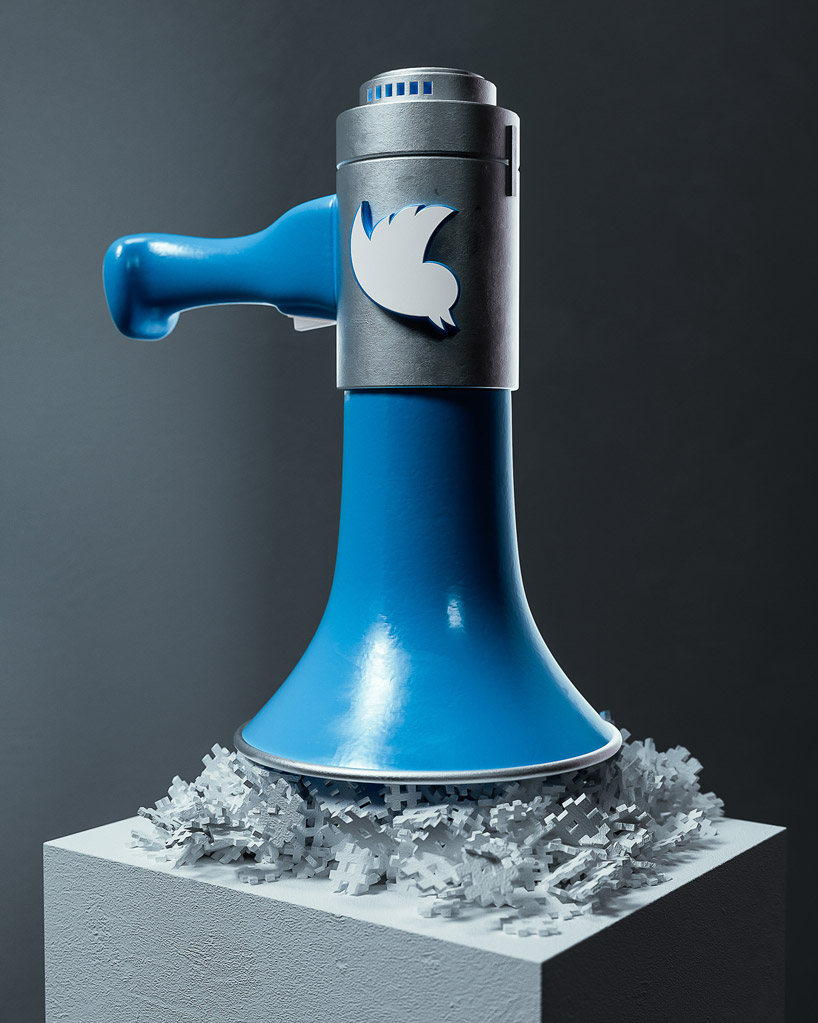 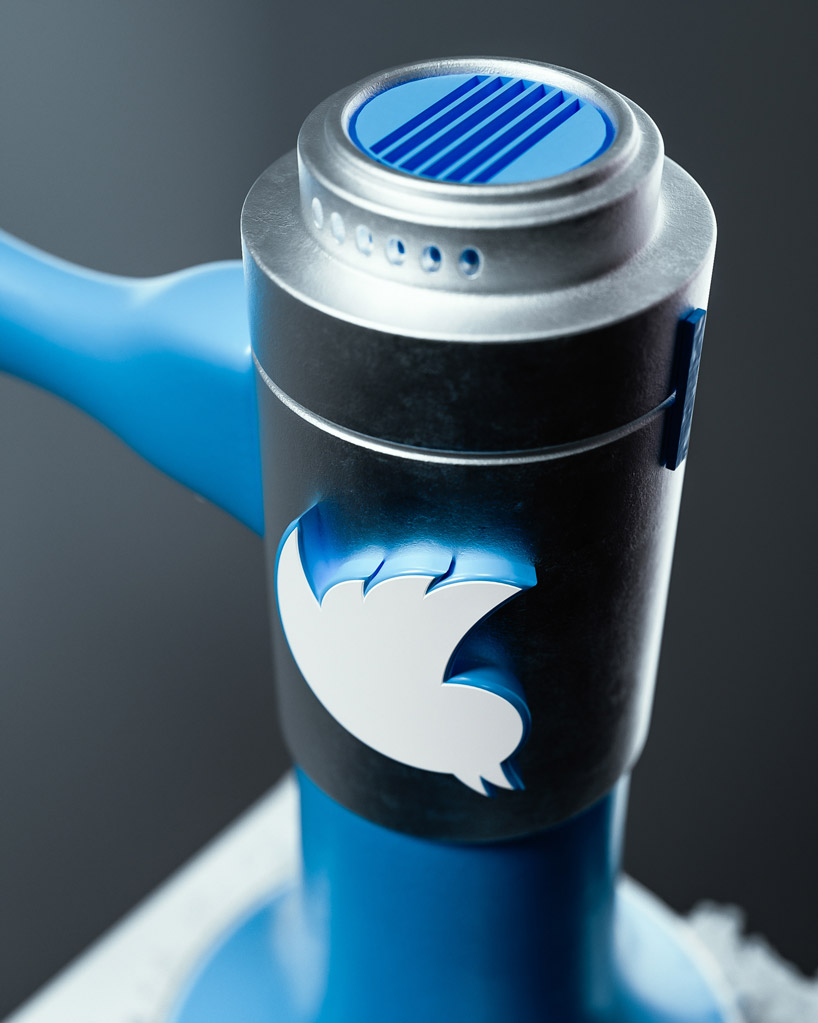 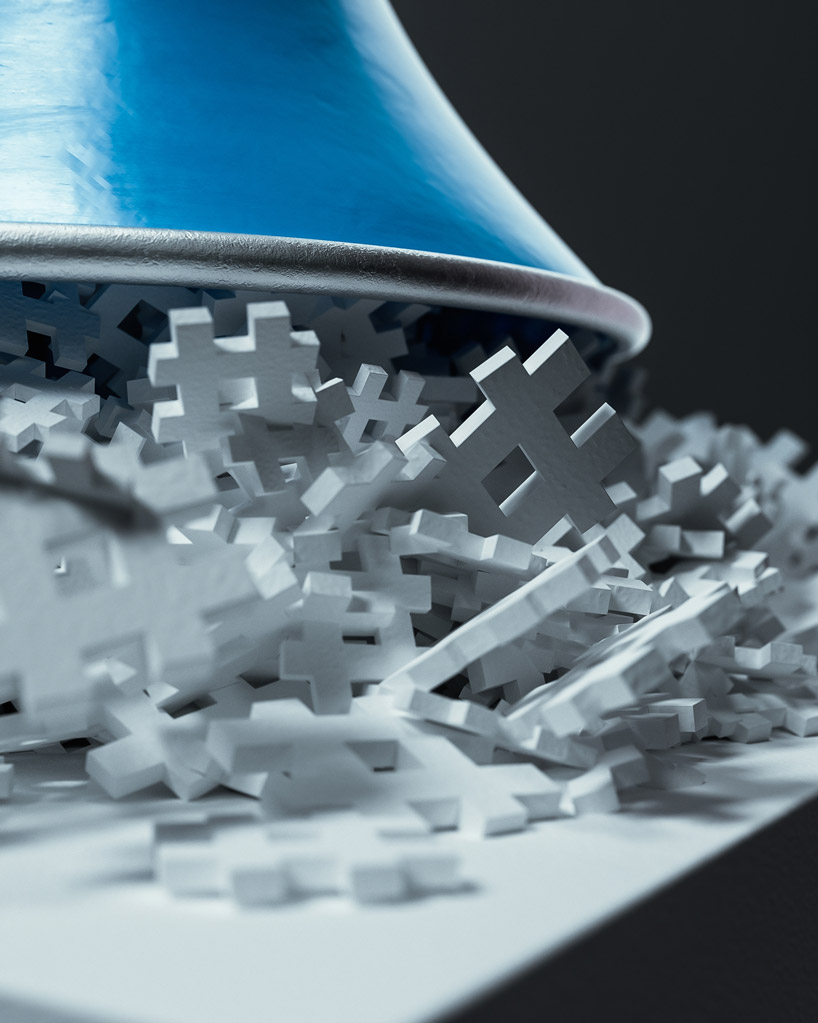