‘the social shot’ is a mobile bartending robot that calculates personality profiles based on datasets acquired through facebook, and using them to create and mix individualized drinks. the graphic translation of your personal data is converted into a colorful drinkable diagram that gives an unusual glimpse at the value and significance of the information we share. each ingredient represents one part of the big five, a popular factor model used in psychology which reduces human personality to five fundamental traits: openness, conscientiousness, extraversion, agreeableness and neuroticism.

video courtesy of the social shot

each trait is paired with a different ingredient and the percentage level of each personality trait controls the respective quantity in the overall mix. as a consequence, a facebook user whose profile suggests a smaller amount of conscientiousness will receive a shot with less vodka. on the opposite, the social shot for a very faithful person will contain more alcohol. 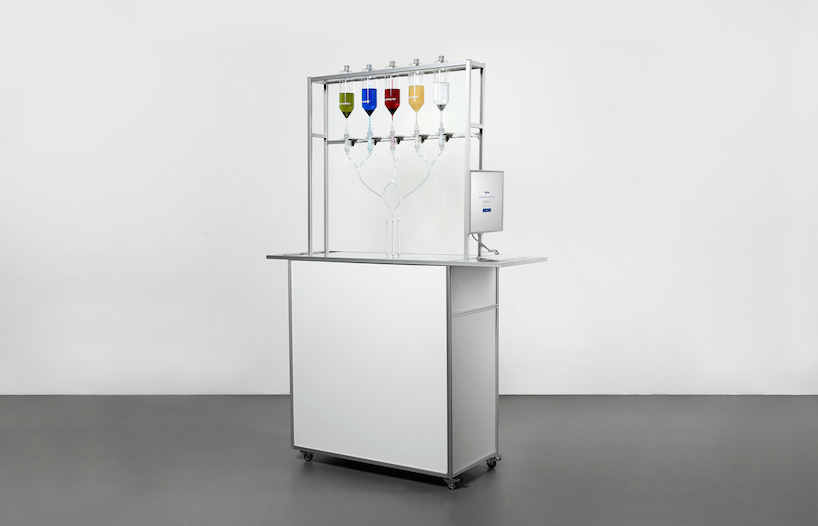 the mobile robot refers to the aesthetics of a laboratory

the creators comment on the project saying that, ‘the social shot ironizes the mass customization of nearly every imaginable product with a drink that gets mixed right in front of the user’s eyes in a matter of seconds. the data for the perfect and personalized mix is acquired using the much-discussed social media platform facebook. as in many cases, the exact algorithm stays a secret but the consumer can feel its impact when drinking the shot.’ 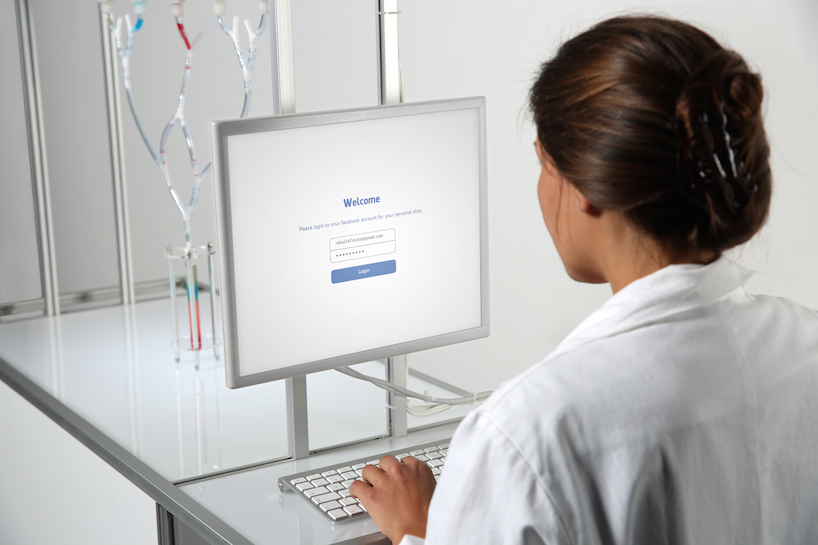 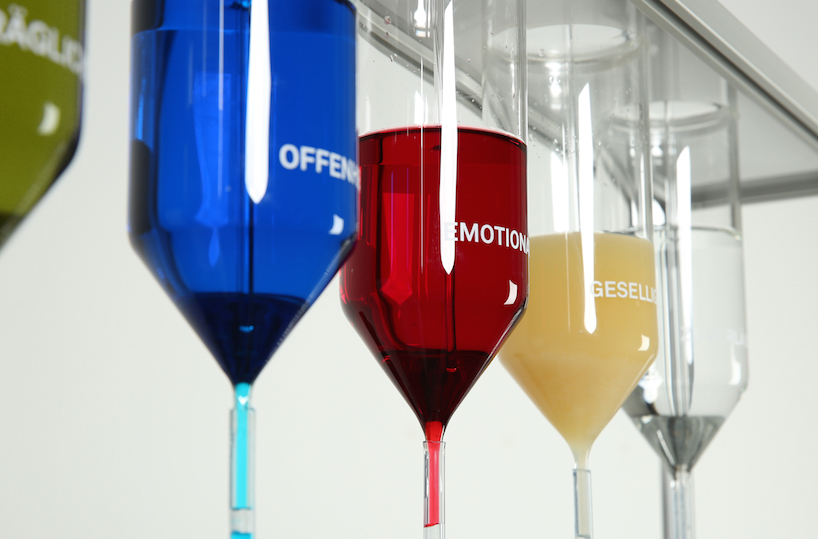 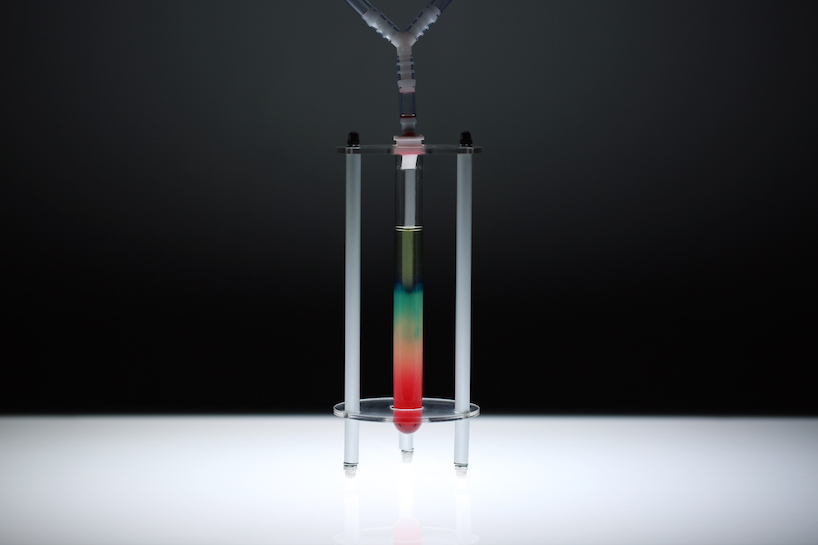 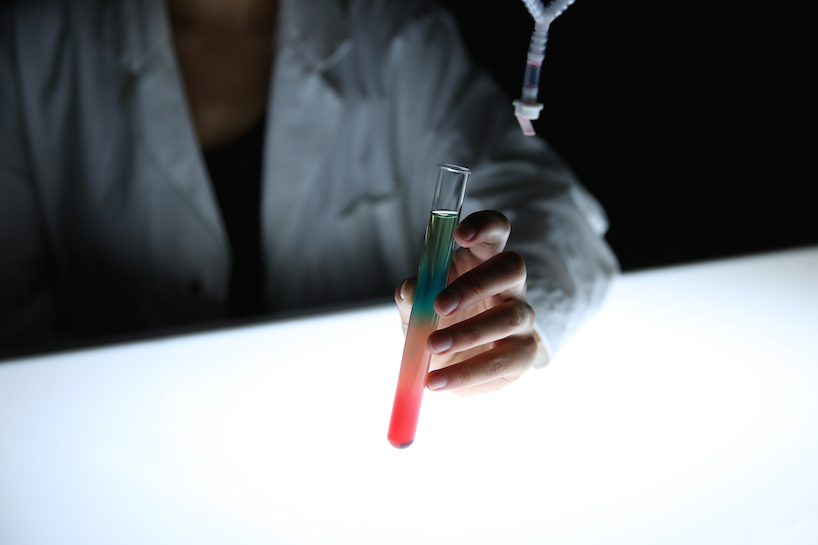 the drink appears as a graphic diagram that can be consumed 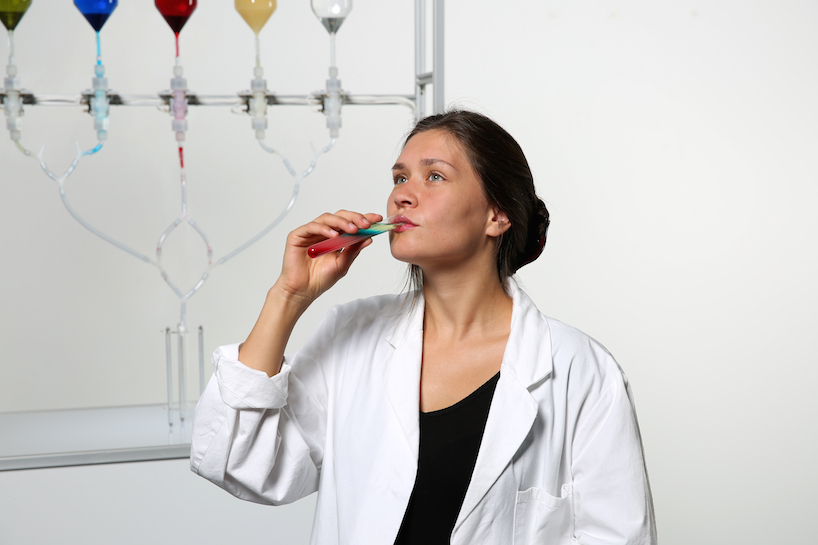