when a written text to a friend or loved one just can’t convey the sentiment of the sender, the ‘somebody‘ app — created by american filmmaker and artist miranda july — ensures messages are delivered with every bit of emotion.

as a user of the application composes a text, it is sent — not directly to the person they intend — but rather to a nearby stranger, assigned to verbally convey the note to the desired recipient. participants partake in a sort of performance-art: the ‘stand-in’ is directed by actions and cues such as crying, giving a hug or holding the hands of the human receiver. ‘I see this as far-reaching public art project, inciting performance and conversation about the value of inefficiency and risk‘ july describes.

film for ‘somebody’ app by miranda july
video courtesy of miumiu

in collaboration with fashion brand miu miu, the app has been revealed at the 2014 venice film festival alongside a short companion film, part of luxury couture house’s ‘women’s tales’ series.

‘somebody’ works best with a critical mass of users in a given area: colleges, workplaces, parties and concerts can become hotspots simply by designating themselves as one. so far, official hotspots include the venice film festival, los angeles county museum of art, the new museum, yerba buena center for the arts in san francisco, portland institute of contemporary art, museum of fine arts, boston, the walker art center in minneapolis, and museo jumex in mexico city. museum-and-festival-goers are invited to send and deliver messages in these spaces where there are likely to be other user nearby. 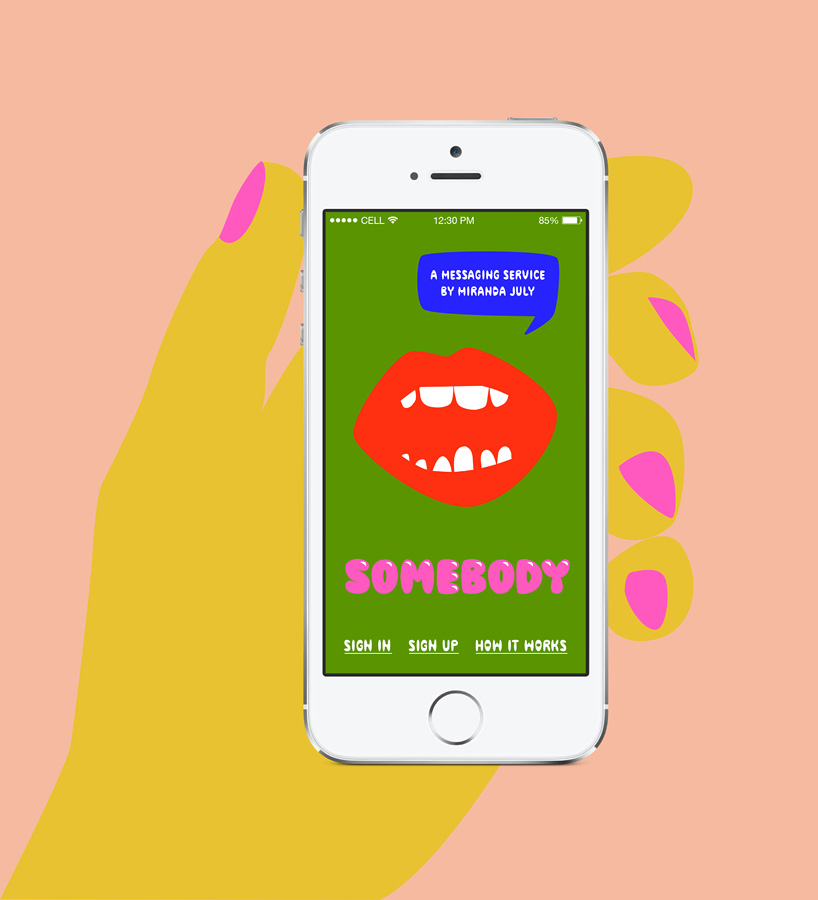 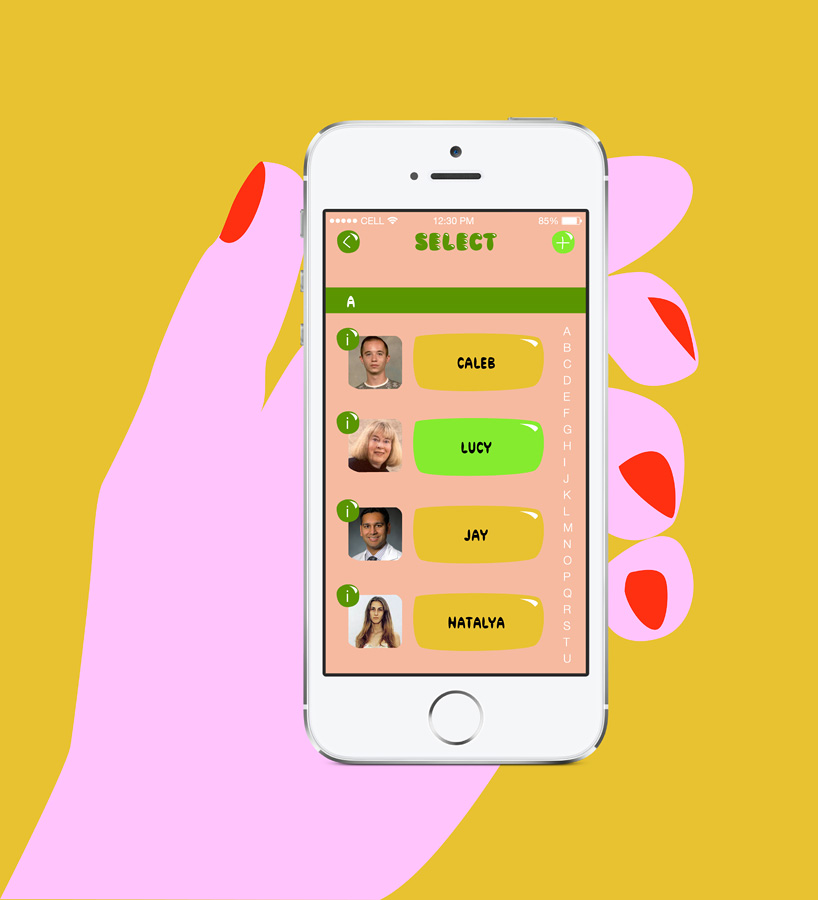 select which of your contacts you want to message 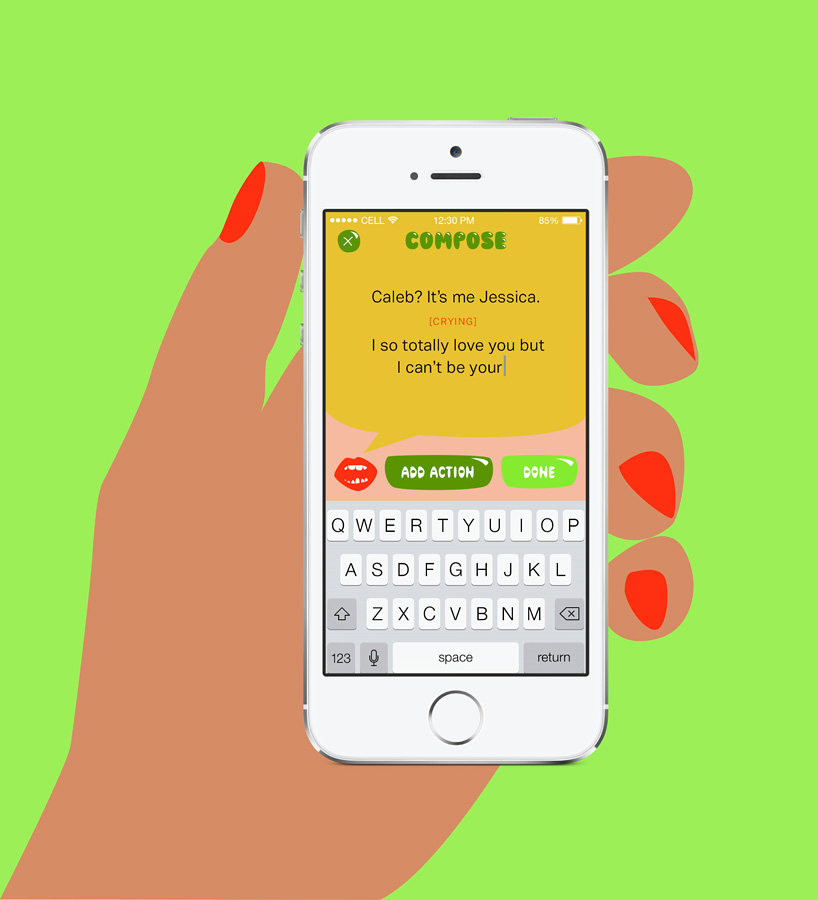 all messages begin as ‘[recipient’s name]? it’s me, [sender’s name]’, reminding the stand-in to assume the identity of the sender 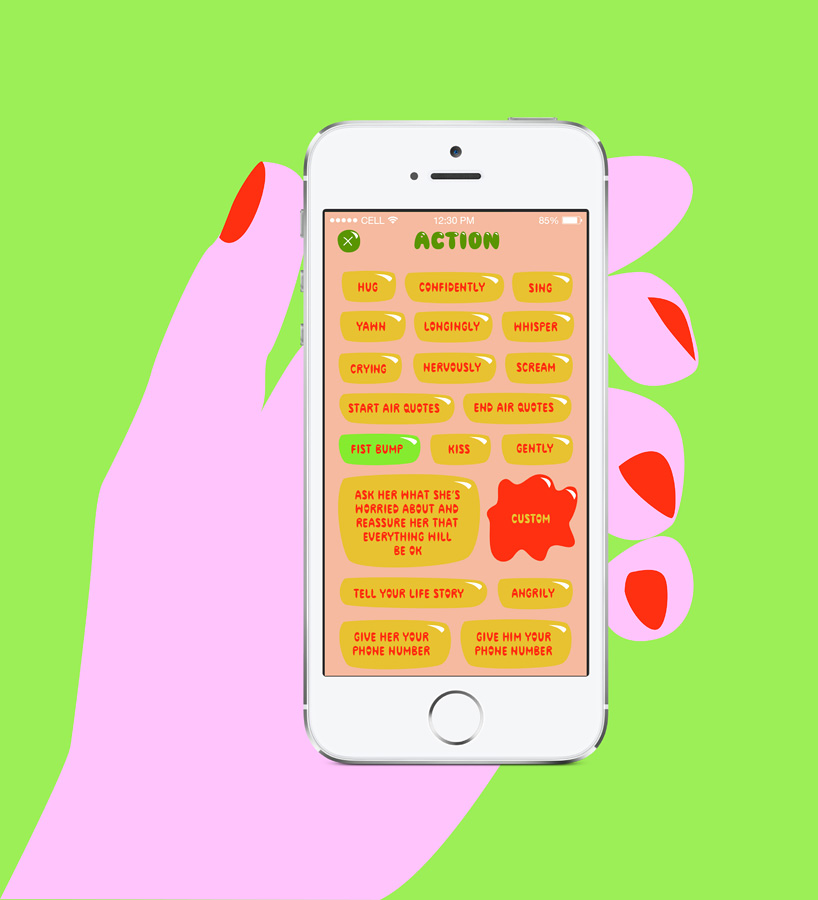 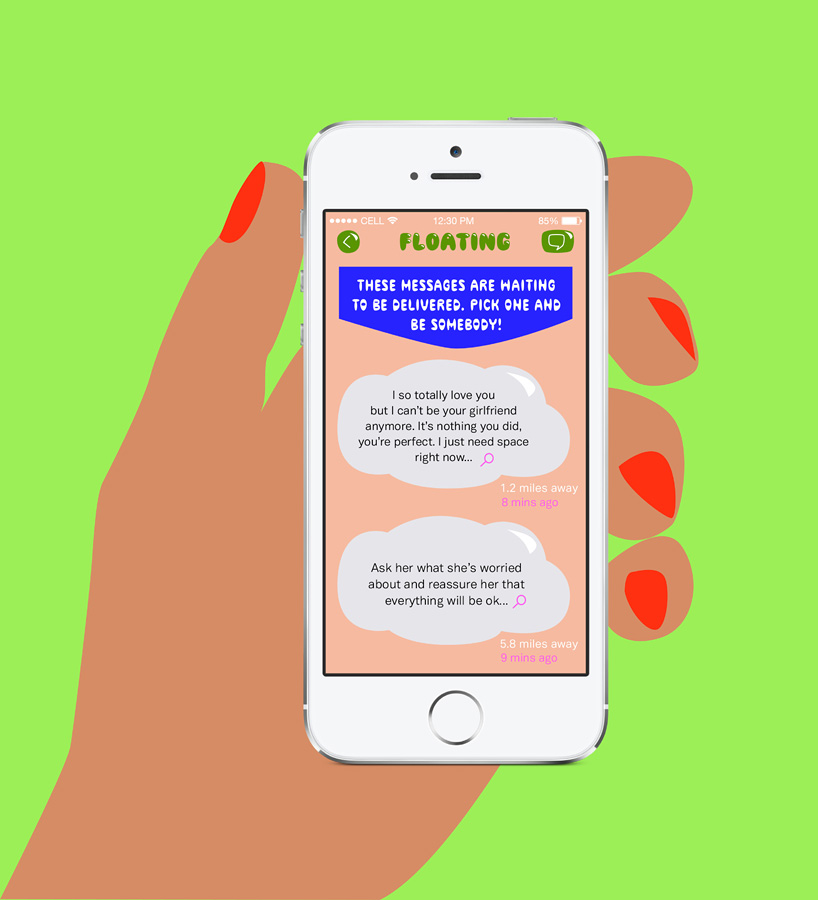 if there’s no one nearby, you can choose to ‘float’ your message indefinitely 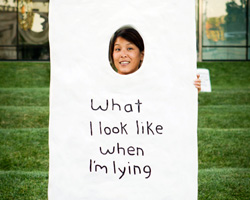