space invader, the anonymous street artist who installs hidden mosaic artworks around the world, marks his 79th ‘territory hit’ at the island of djerba, tunisia. known for its sandy beaches and white, dome-shaped houses, djerba is also recognized for being featured in the first ever start wars movie ‘a new hope’, which aired in 1977. in tribute, space invader dedicated three out of the 58 total artworks to reference the iconic movie. 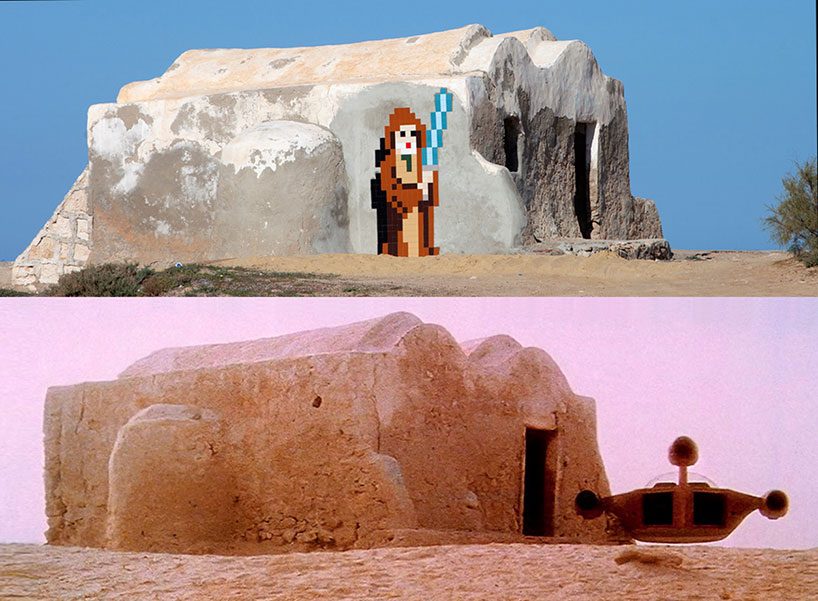 all images by space invader

‘in 1976 g. lucas went to djerba to shoot two scenes of the first star wars movie,’ shares space invader in an instagram post. ‘one of them was the house of obi-wan kenobi. I found back the actual house and did this tribute on it.’ the other two star wars themed installations are of a storm trooper standing outside an alien bar, and an all-terrain-armored-transport called camel. 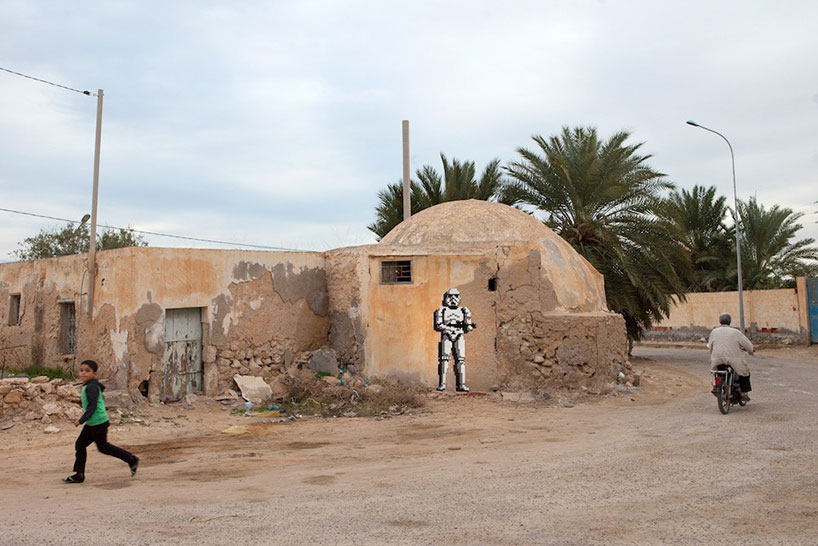 the exact site where a scene in ‘a new hope‘ was shot at.

the remainder of the mosaics illustrate the lifestyles of djerba locals and their culture — figures such as a pink flamingo, the beach, arabic characters and palm trees can be found. like his prior projects, space invader will release a complete map highlighting the locations of his 58 artworks in january for his fellow ‘invaders’ to trace after his footsteps and gain virtual points on his website. 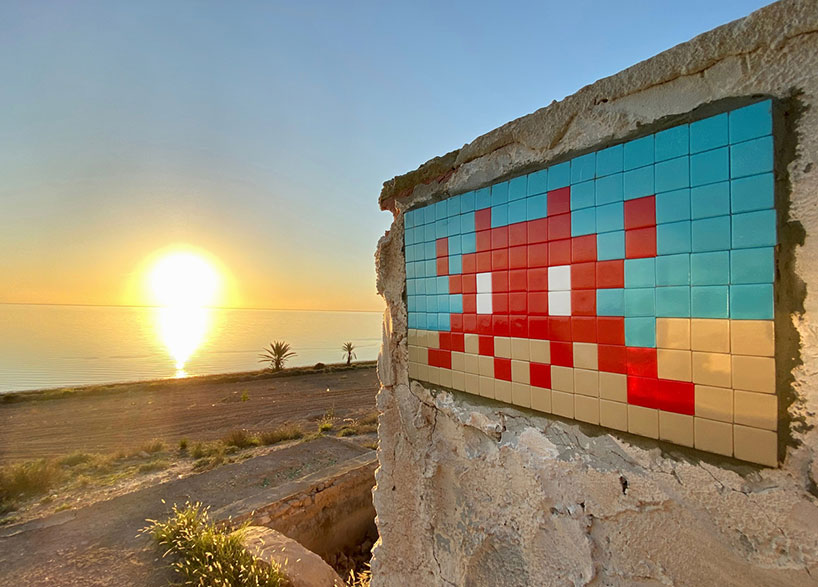 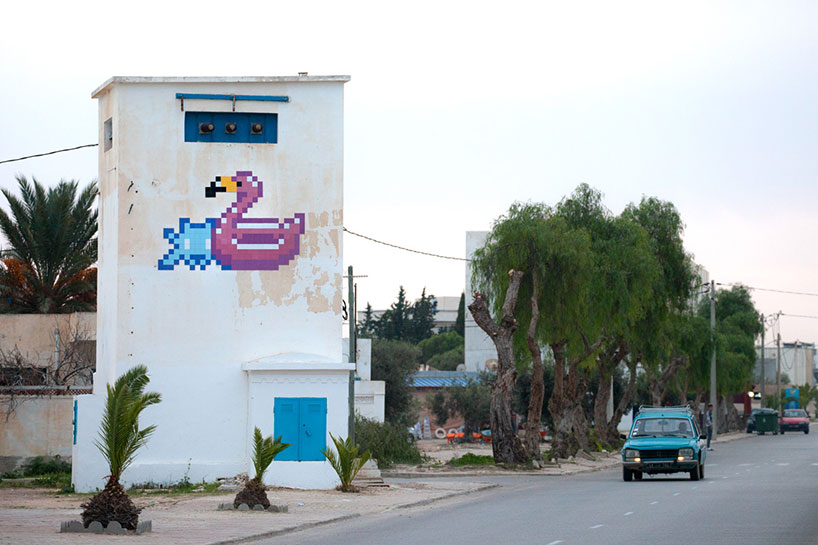 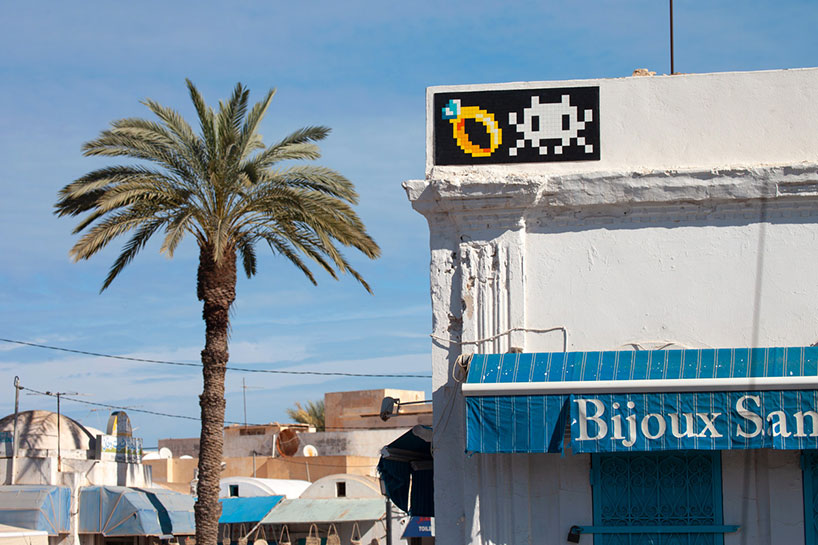 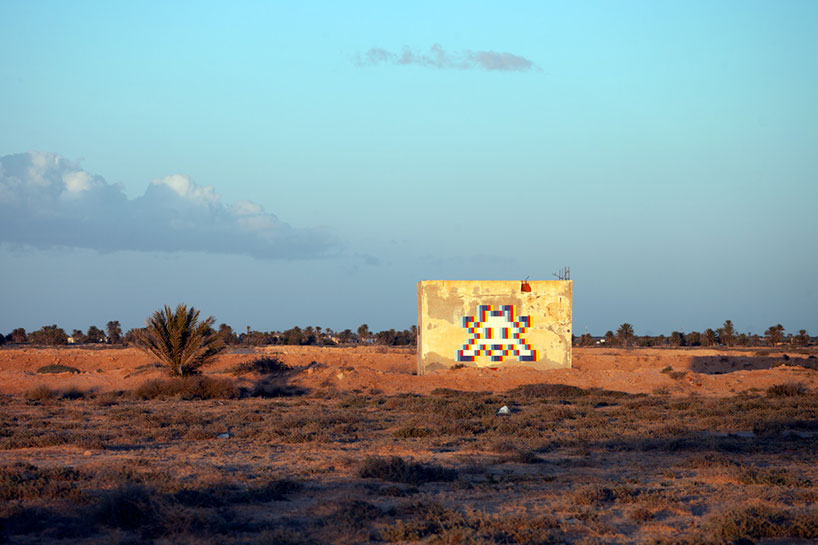 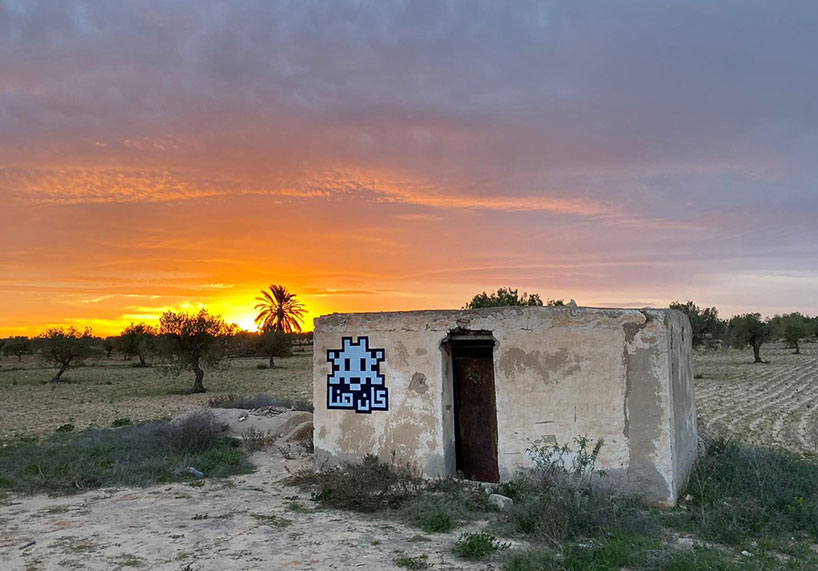 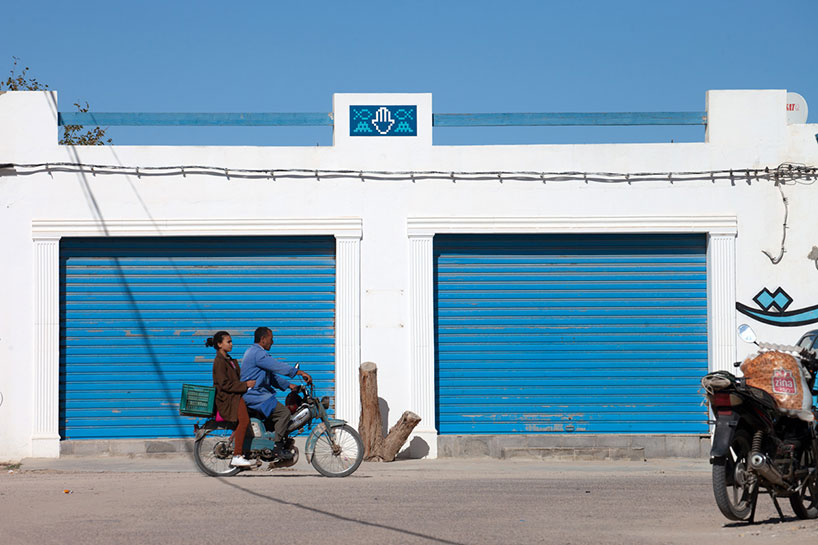 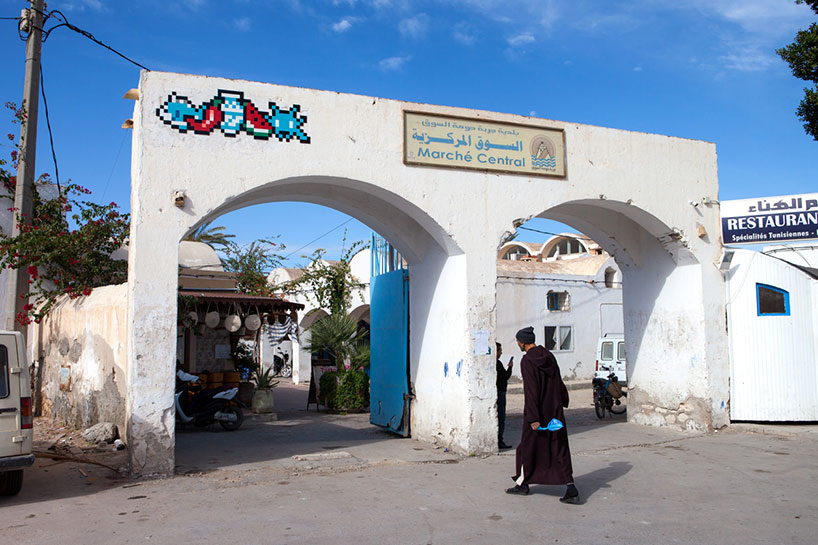 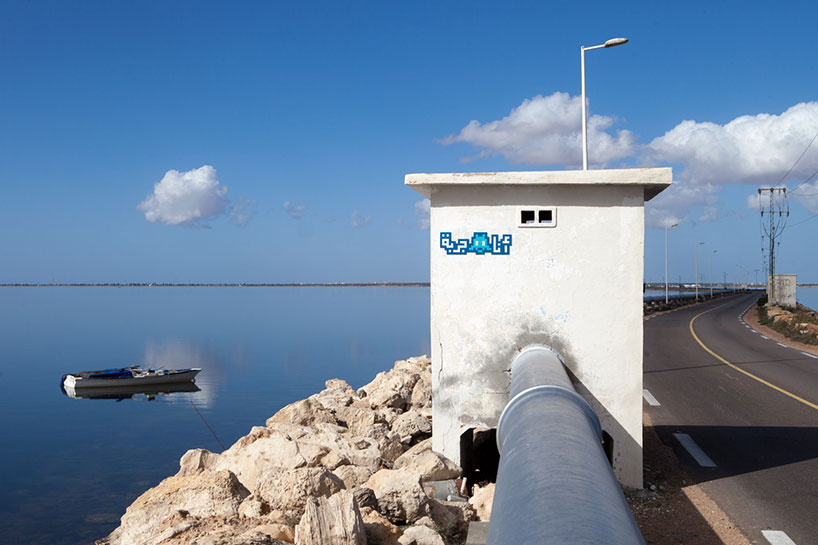 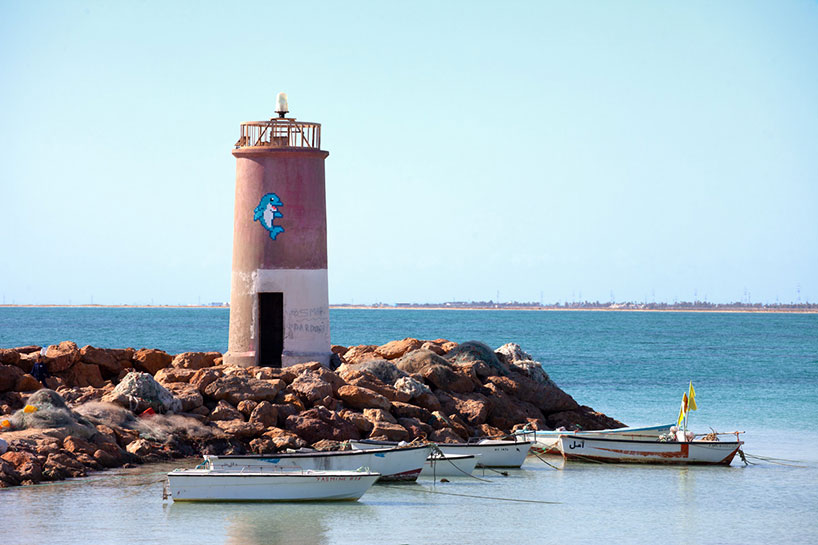 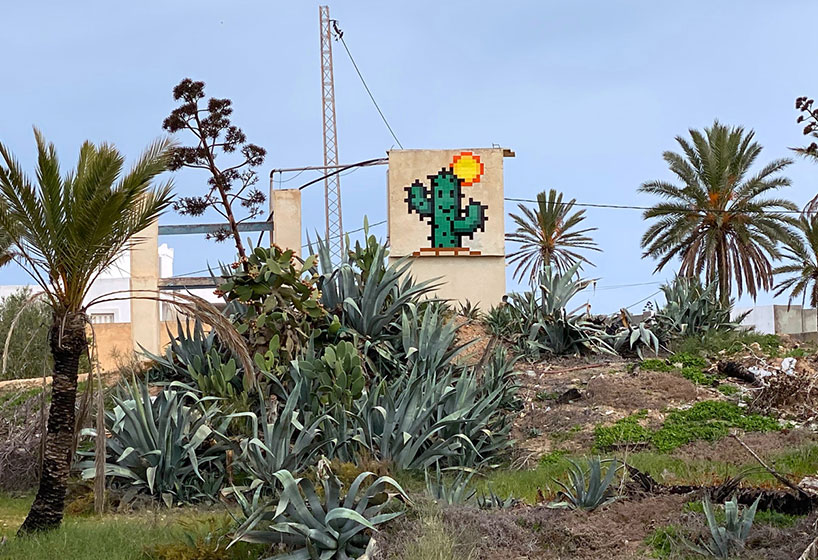 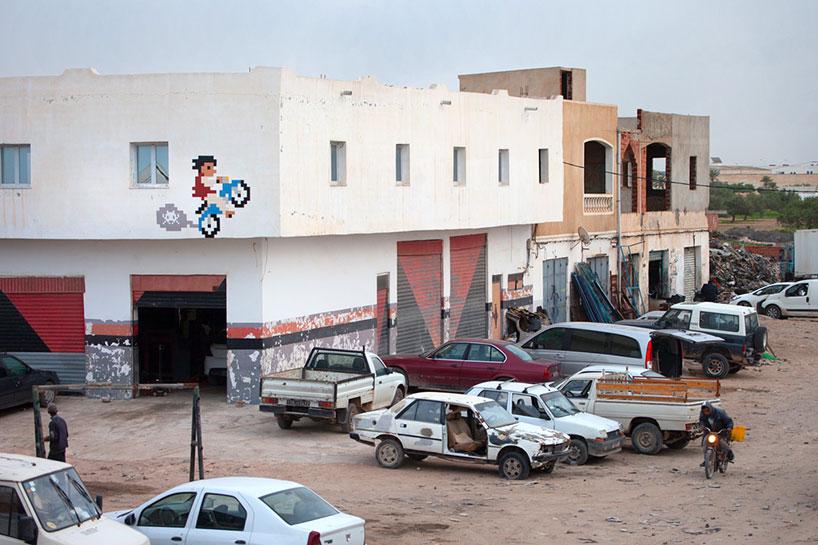 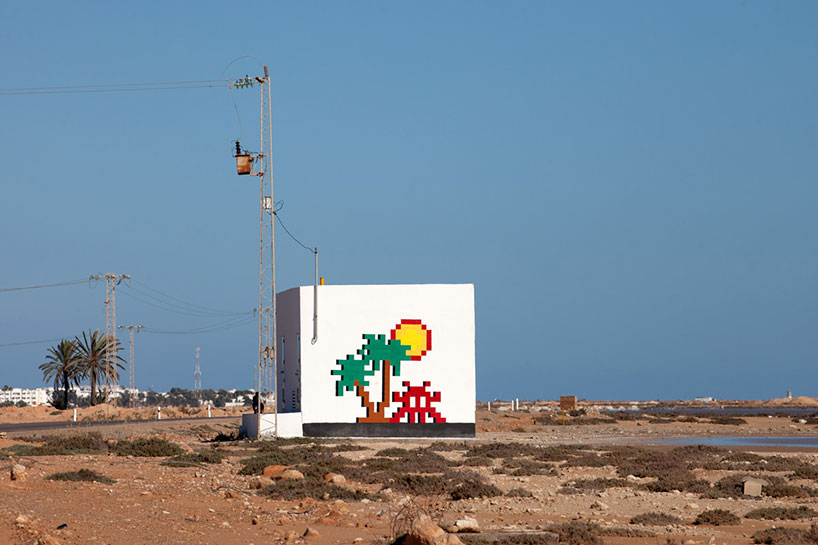 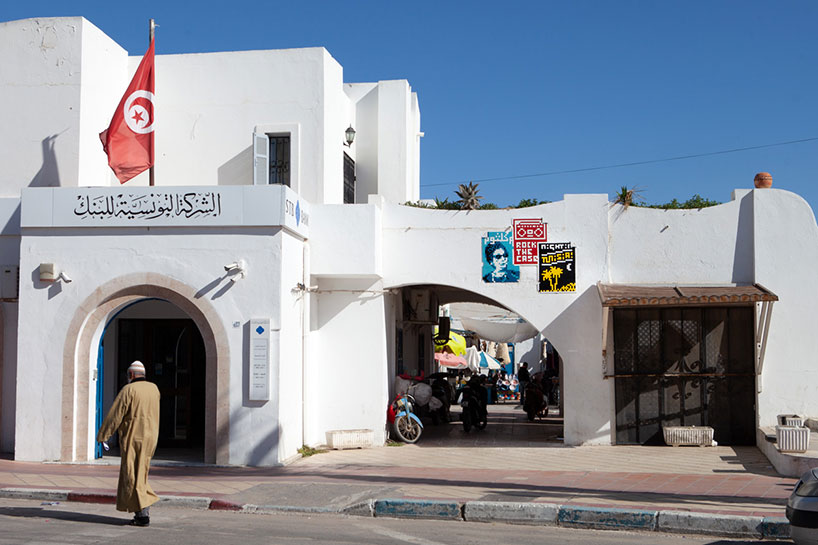 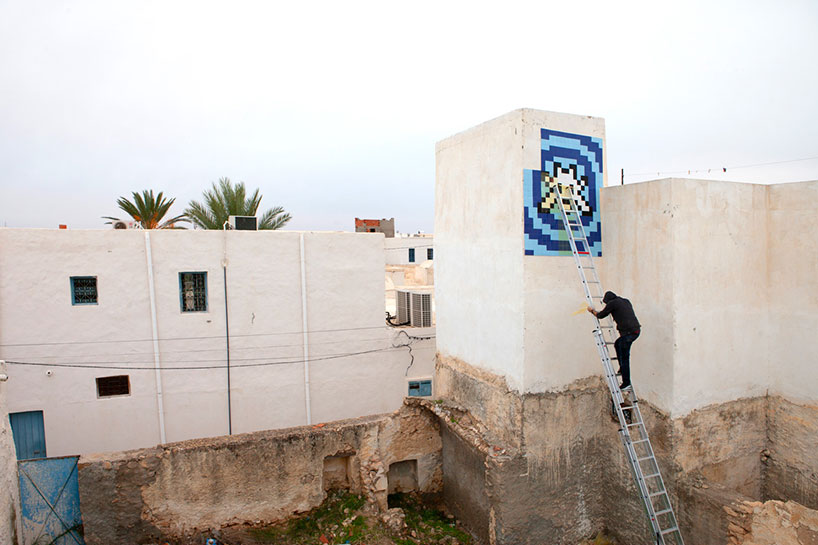 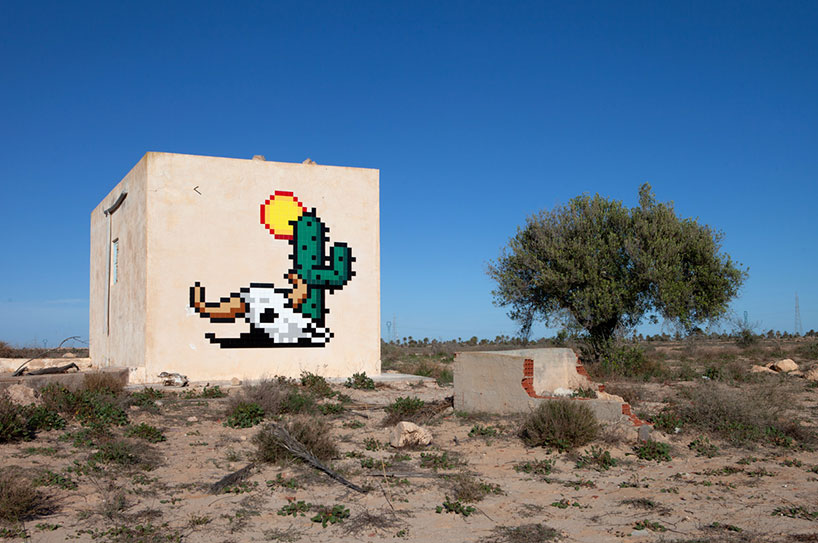 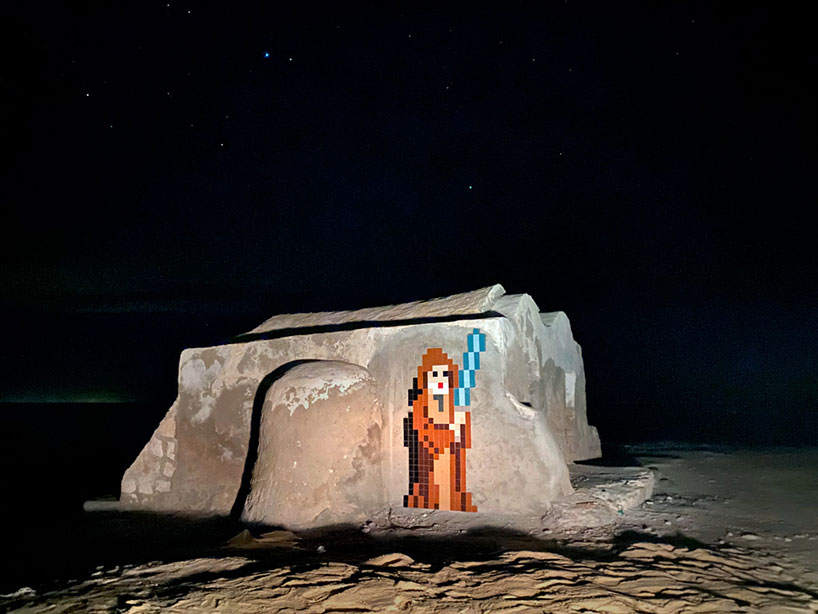 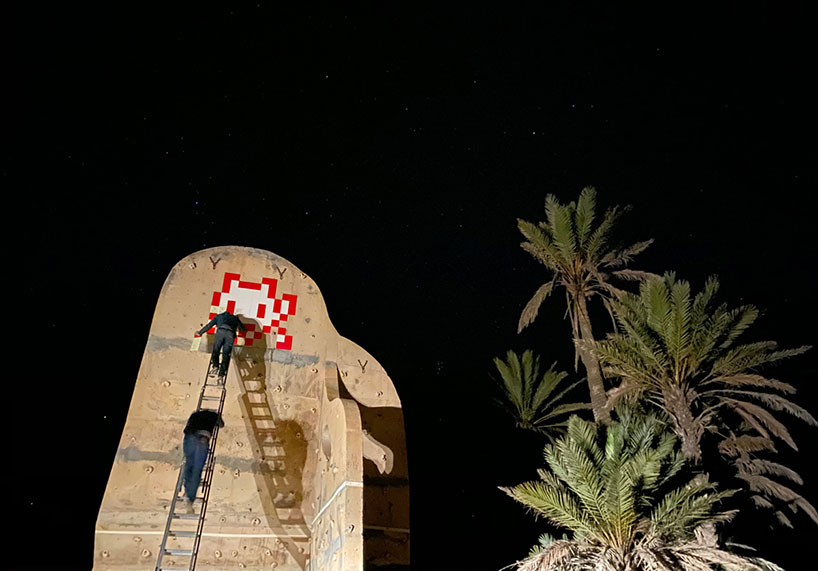