french street artist, invader, took over marseille during the summer. known for his cleverly placed mosaics in 8-bit video game aesthetic, the artist moved his studio to MAMO — a contemporary art center located on the rooftop of le corbusier’s cité radieuse — and from there he extended into the urban landscape installing over 80 unique pieces. 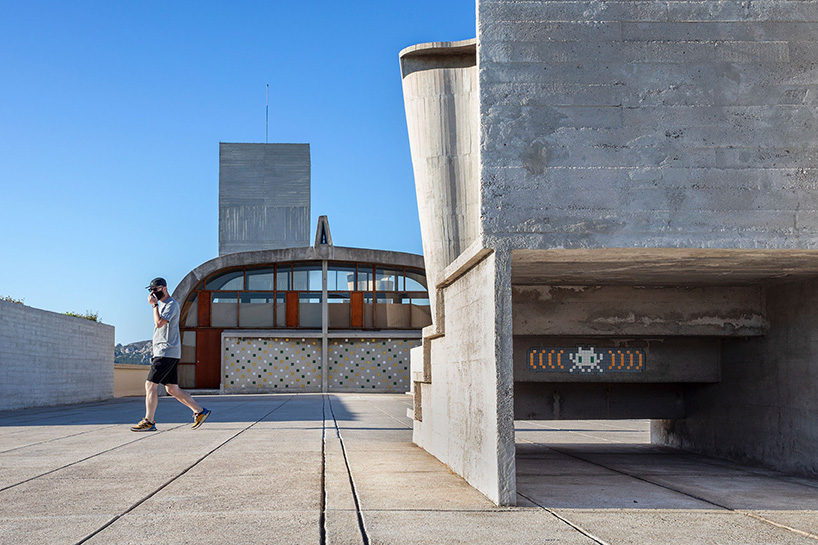 from his strategic base at MAMO and all the way into marseilles’ beaches, invader pays tribute to the phocean city and its mediterranean culture, making it the second largest city to be invaded by invader in france after paris. titled INVADER WAS HERE, the exhibition begins le corbusier’s cité radieuse where visitors can witness the behind-the-scenes through maps, drawings, tools, masks and costumes. using the workshop as a home base, the artist placed mosaics around the arts center, as well as a monumental I invade MARS visible from the roof terrace. from there, the invasion spreads throughout marseille. 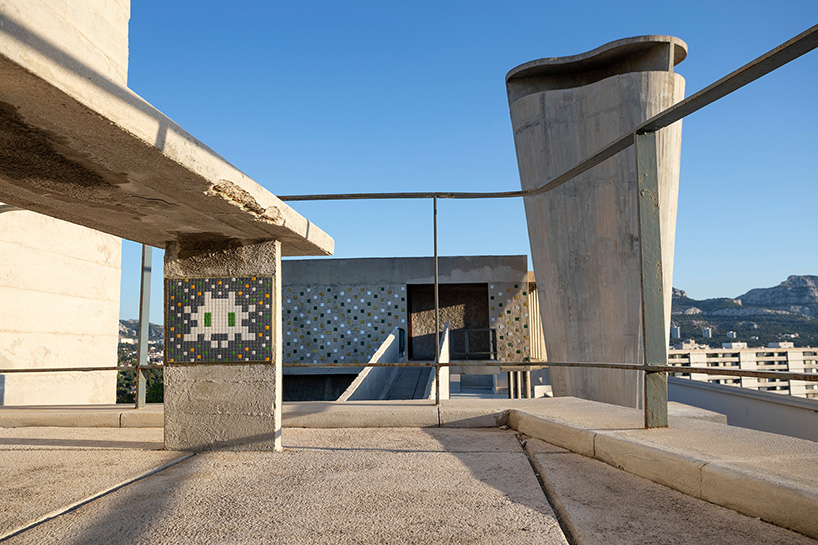 by exploring what it really means to be in situ, the INVADER WAS HERE exhibition expands from the gallery space into the city. from the calanques to notredame de la garde, via the old port, l’estaque, the corniche, the northern districts, le cours julien and les baumettes, invader has applied his concept of urban acupuncture to the area through strategically positioned works. the mosaics are all unique in terms of colors, composition and size, and have been created to reflect their specific location in marseille, the spirit of the city, and the local culture.

for those interested in visiting, an invasion map has been created specifically for the exhibition, mapping the artist’s footsteps around the city, and showcasing the full extent of the intervention. 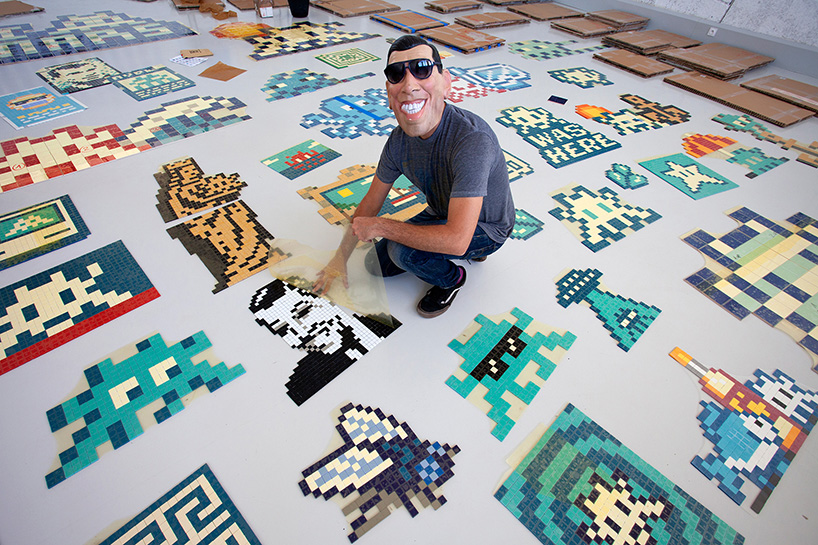 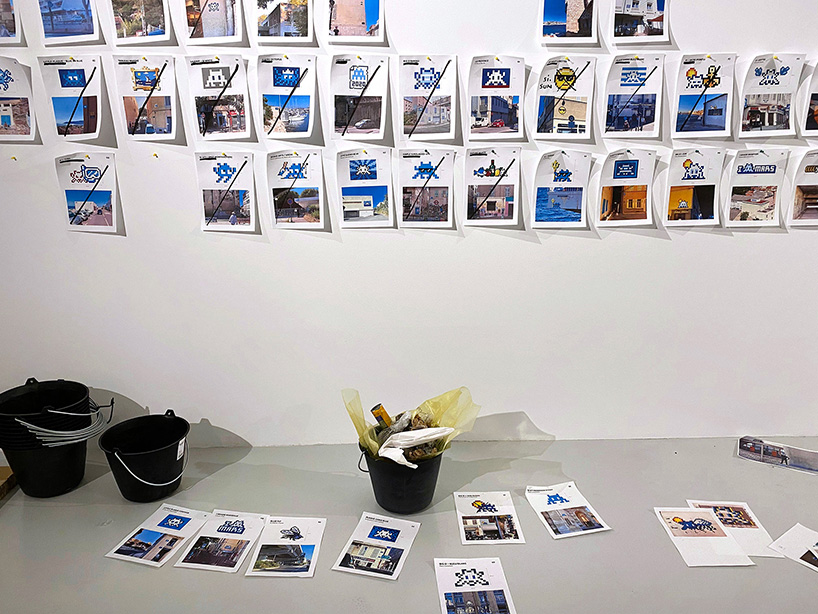 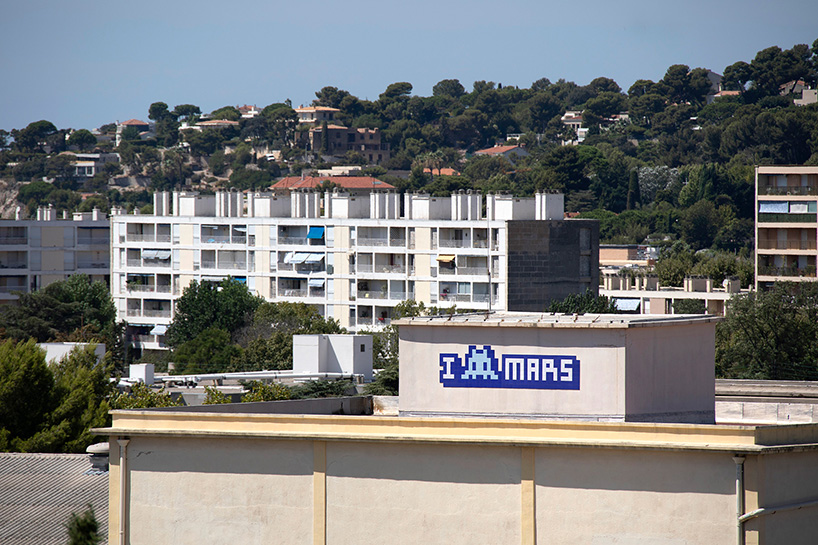 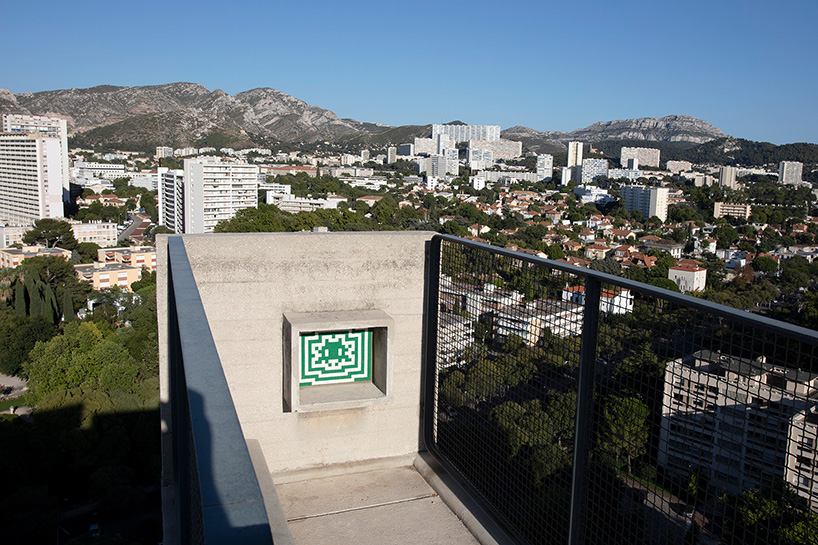 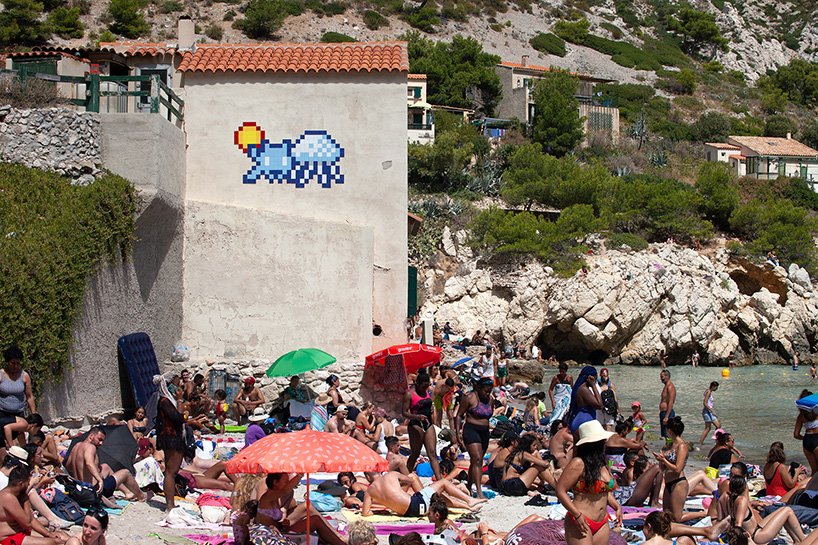 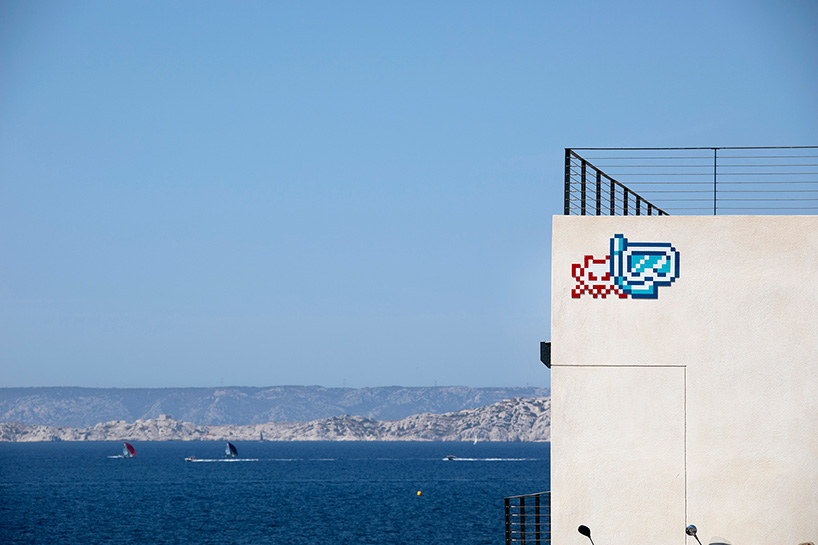 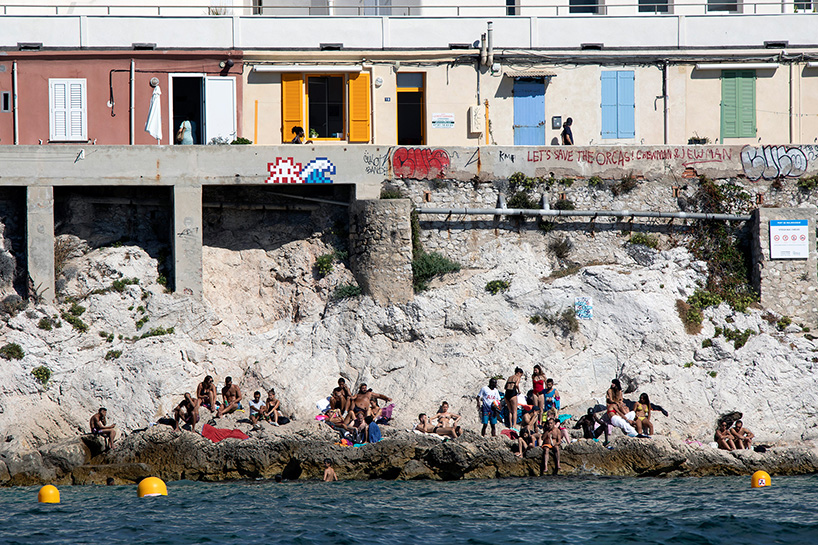 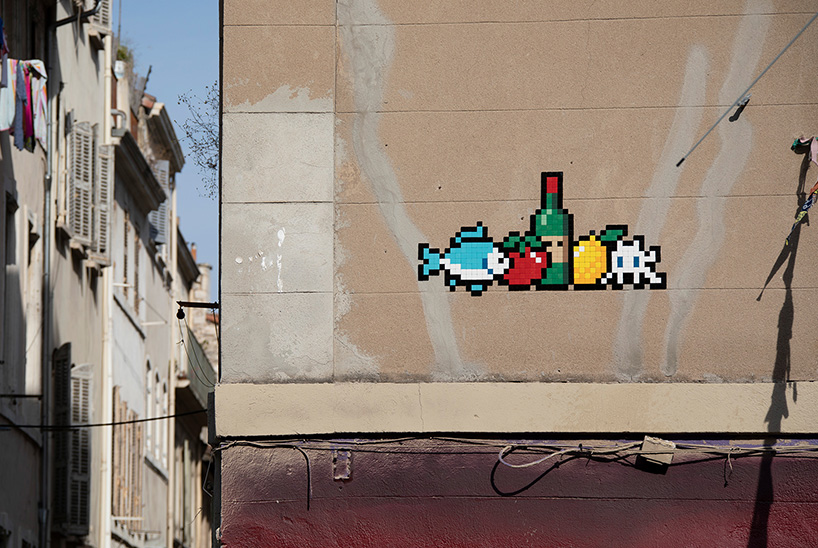 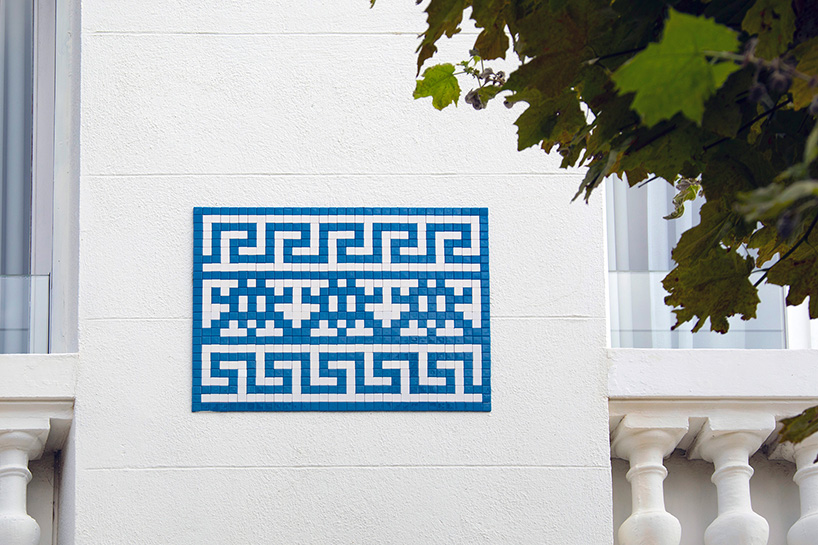 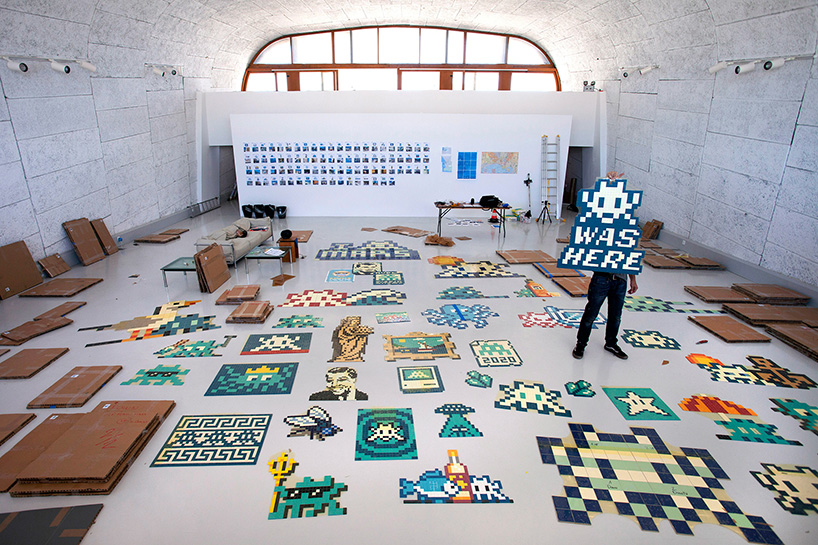 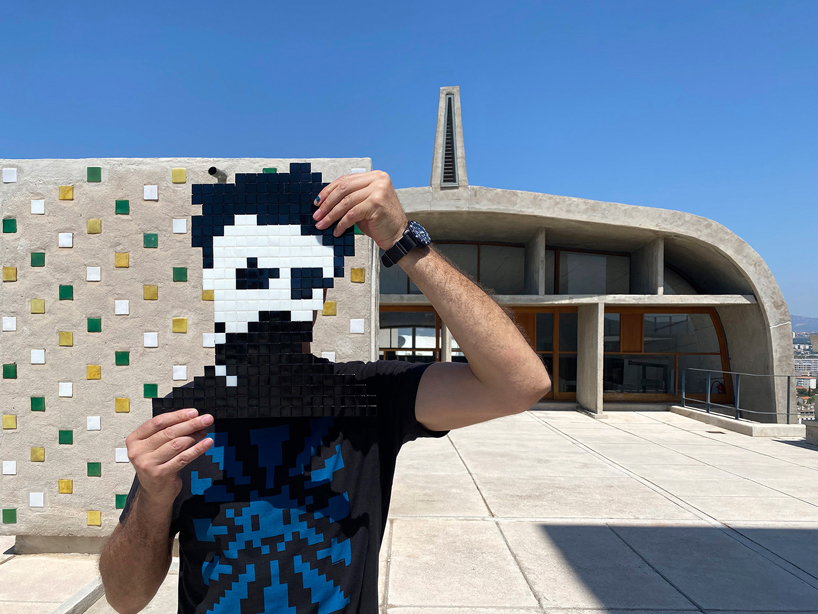