lara almarcegui represents spain at the 55th international art exhibition in venice. a present-day archeologist, her practice is derived from a heightened awareness of the city, investigating urban transformation, and the social, economic and political networks which effect it. in particular, she focuses on studying the often overlooked elements which make up a place–the modern ruins and urban wastelands which comprise them;she uncovers relationships between the sites she excavates and investigates with their past, and evaluates their possible future.

curated by octavio zaya, almarcegui’s work for the spanish pavilion is composed of two parts. her installation at the giardini venue, speaks directly to the 1922 building constructed by javier de luque; it is an intervention which occupies its entire interior. one is met by overwhelming, towering mountains of various construction materials–cement rubble, roofing tiles and bricks smashed to gravel–paralleling the type and quantity used by workers to construct the venue, making it virtually impossible for one to enter directly. throughout the other side rooms, smaller, less hefty mounds, are found each divided according to material (sawdust, glass and a blend of iron slag and ashes).

‘the materials are the rubble from demolitions, after being recycled, have been transformed into gravel by means of the treatment process currently used in venice,’ says the artist. 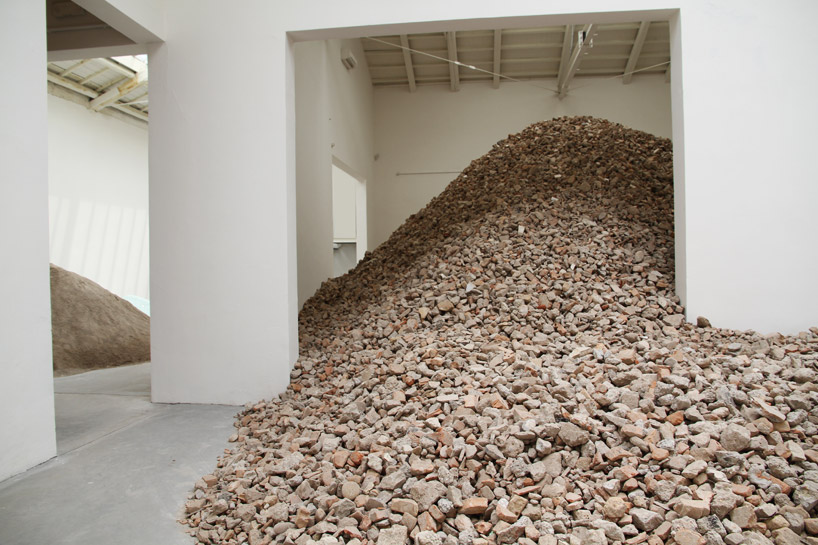 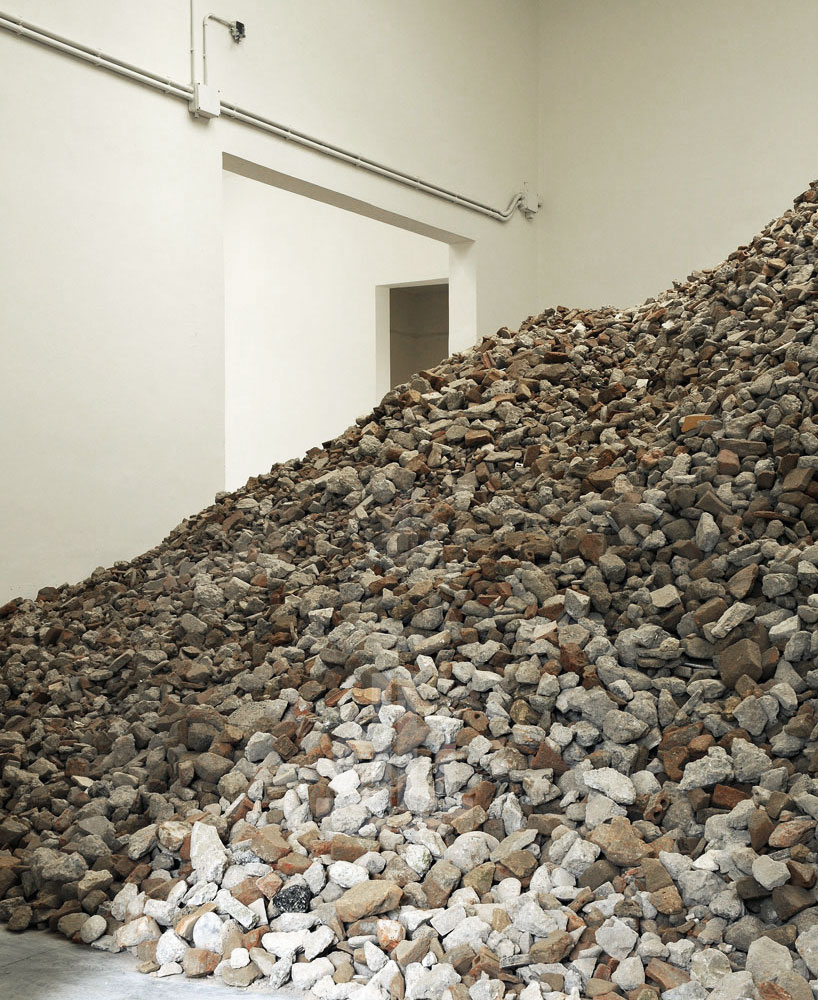 the central room of the pavilion is taken over by mountain cement rubble, roofing tiles and bricks smashed to gravelphoto claudio franzini 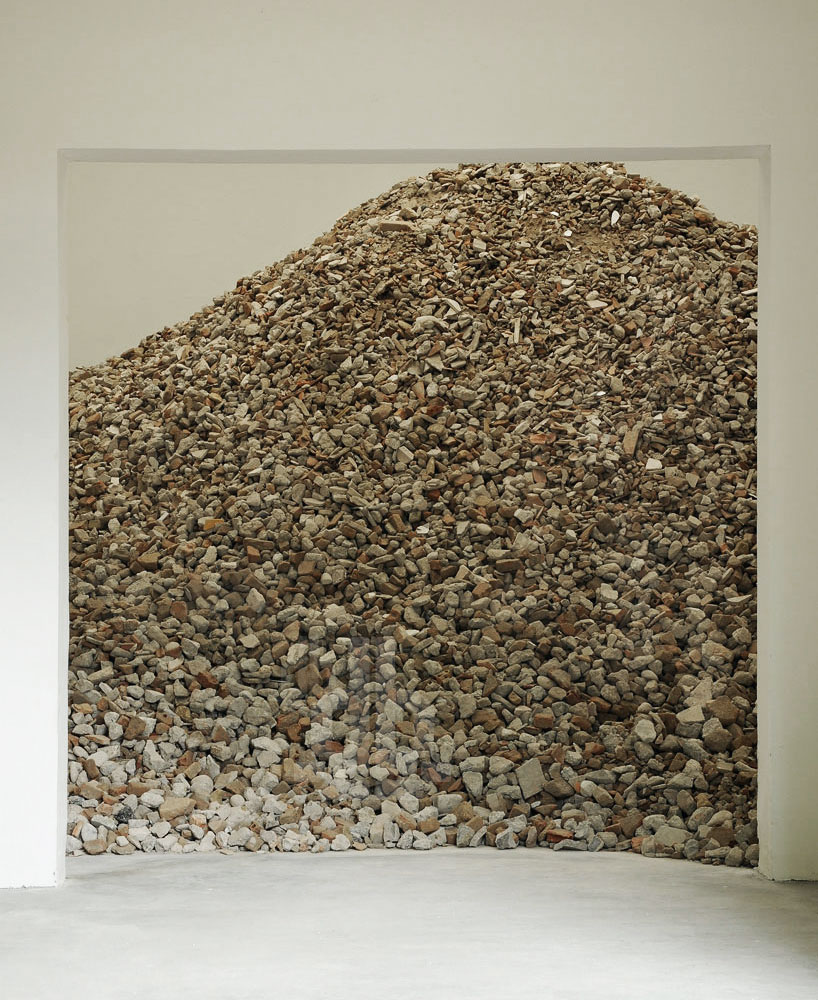 entrances are blocked by the materials, making it difficult for one to enter the spacephoto claudio franzini general views of the construction materials flowing out of the rooms of the spanish pavilionleft: image courtesy of the artist / spanish pavilionright: photo claudio franzini 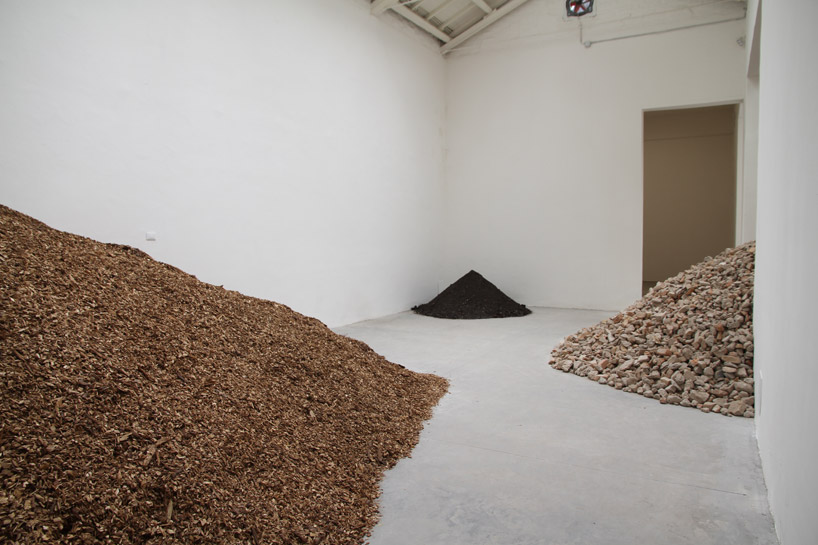 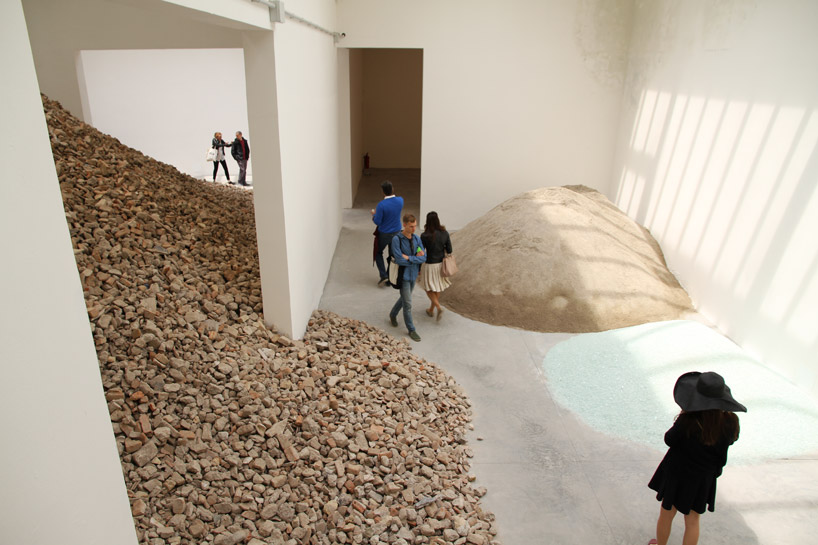 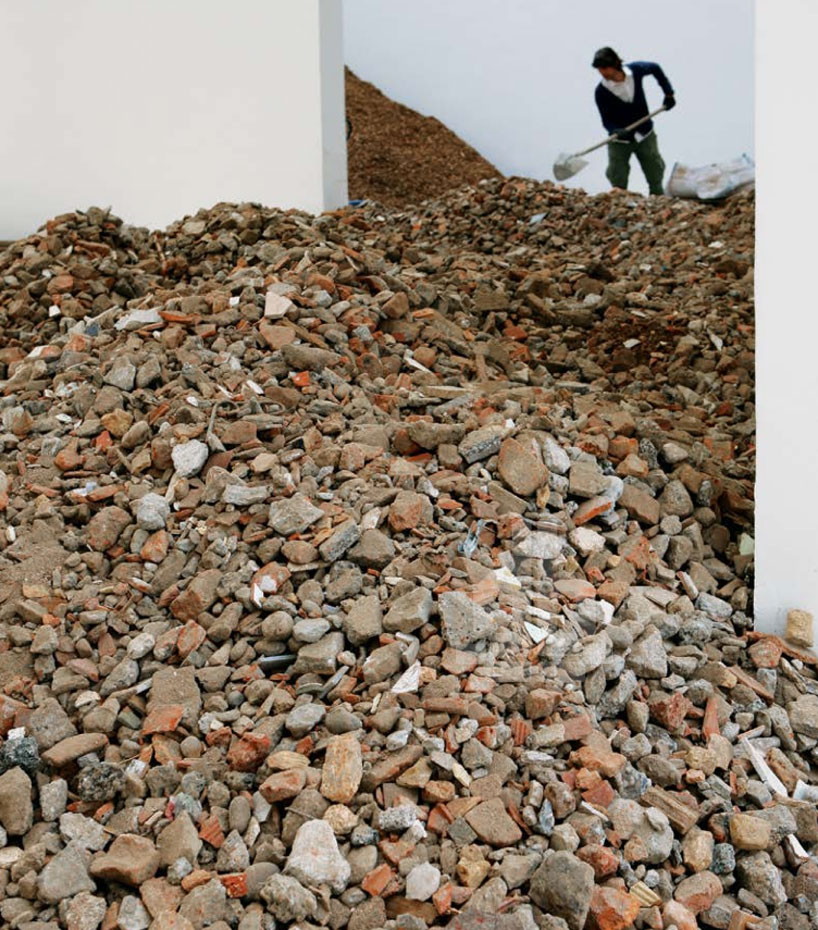 filling up the rooms…image courtesy of the artist / spanish pavilion 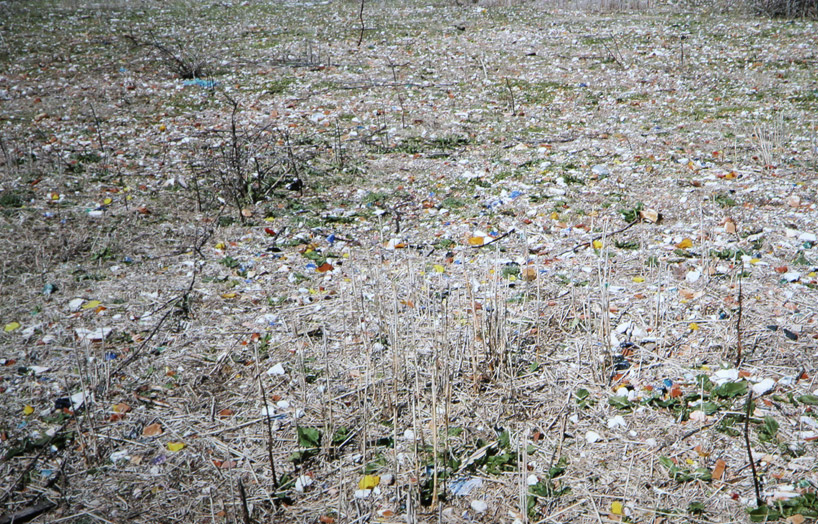 ‘a guide to sacca san mattia, the abandoned island of murano’image © designboom 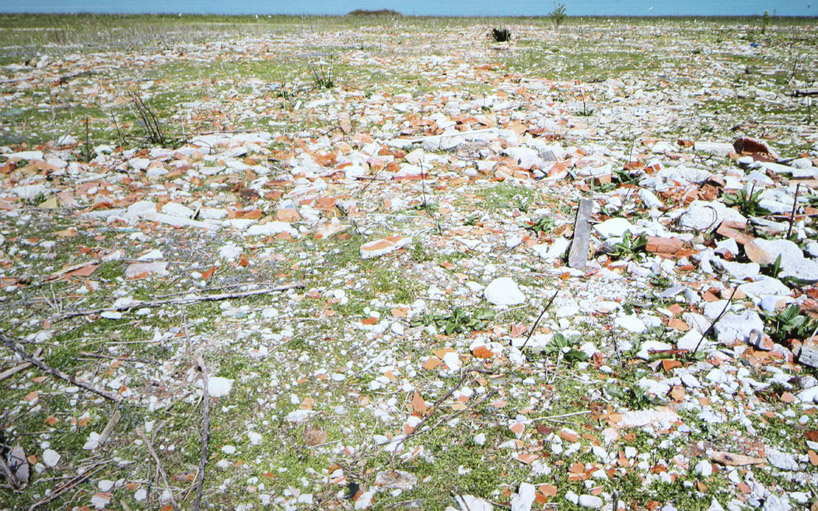 almarcegui’s accompanying off-site work is located on a empty plot of land on the island of sacca san mattia in nearby murano;it stands as the culmination of her research of the artificial piece of land which has been formed by the waste deposits of its glassmaking industry. ‘a guide to sacca san mattia, the abandoned island of murano’, details how it was formed, breaks down the site’s current geological and environmental conditions, outlines the projects which have been proposed for the plot and the reasons for why they have not been realized.the work is a result of almarcegui’s numerous discussions with venetian city planners and architects, who revealed their future vision,which lead her to track down the sites (wastelands and empty plots) which would be affected by the transformations. sacca san mattia is the largest piece of available empty land of the city on water, which has made it the subject of a numberof speculative initiatives which have included digging a railway tunnel under the lagoon to link venice with its airport by means of a stationbuilt on the vacant site. 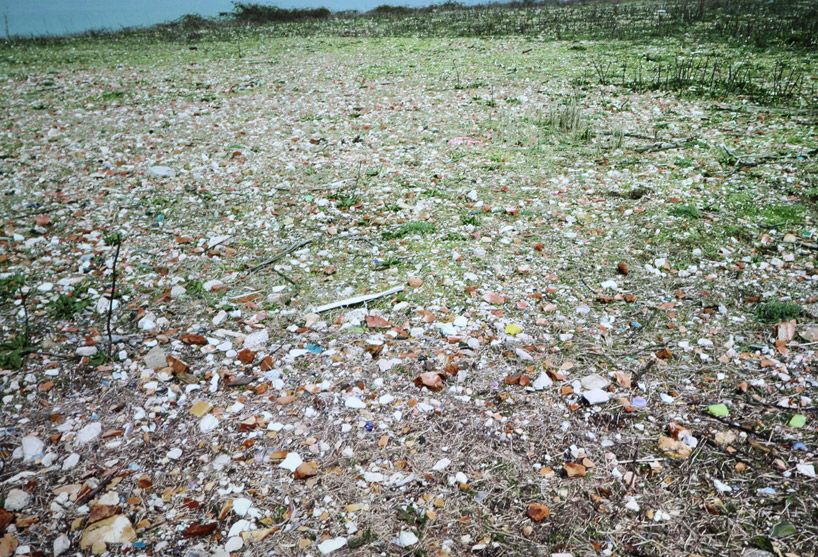