Buzzing today with life and charm, the city of Palermo was once plagued by the Sicilian Mafia’s organized crimes. And it wasn’t until the assassination of Italian judge Giovanni Falcone, an iconic anti-mafia figure, in 1992 that things took a sharp turn — pushing the Palermitans to fight against mob influence.

An example of this push-back is the ‘Spazi Capaci’ project recently organized by Fondazione Falcone. Established by the judge’s sister, Maria, the foundation teamed up with several artists to install public artworks across the city, each one denouncing the Mafia while honoring its victims. ‘We’ve always known that culture is one of the best weapons against the Mafia,’ said Falcone. ‘Repression alone is not enough. You also need social and cultural work for that.’ 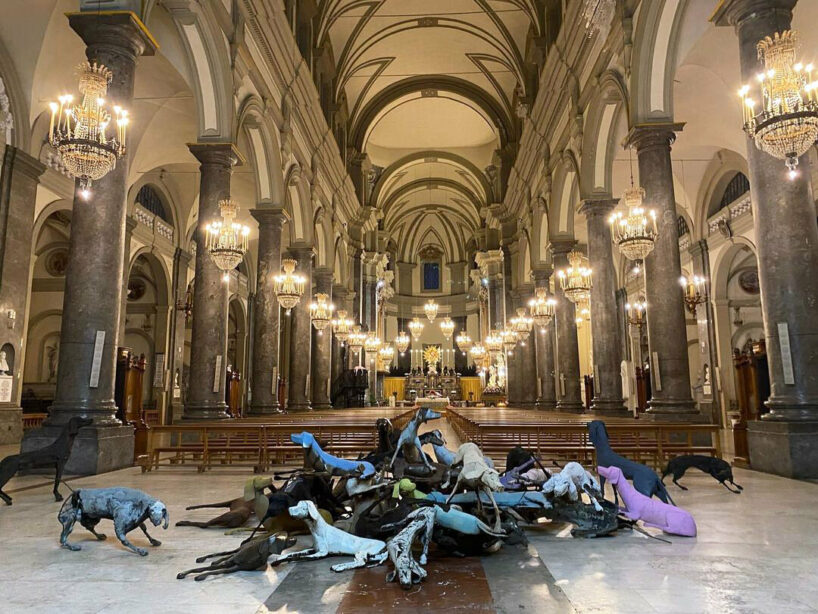 denouncing the mob while honoring its vicitms

Among the featured artworks are 54 life-size dog sculptures by artist Velasco Vitali dispersed across key locations. Some have found shelter in the Church of San Domenico, where Falcone’s tomb rests. Others were displayed in the bunker of the Ucciardone prison, infamous for holding the Maxi Trial against Mafia leaders from 1986 to 1992. Made of paper, concrete, and rusted iron, the statues represent ‘the contrast between the sublime and the profane,’ explained Vitali. According to ‘Spazi Capaci’ curator Alessandro De Lisi, the dogs also echo the Mafia’s hunger for and abuse of power.

‘La Porta dei Giganti’ is another poignant installation, featuring a pair of 30-meter-tall murals by Andrea Buglisi (see more here). The paintings depict Giovanni Falcone and magistrate Paolo Borsellino, both killed by the Mafia two months apart. Taking to Instagram, Buglisi reflected on his work with the following: ‘Paolo Borsellino and Giovanni Falcone, two different personalities but united by a single, strong and all-encompassing goal. They arise from the bunker hall, tattooed on the high-rises of the Palermo sack that fought so much, now reassuring us with their presence and challenging us never to be indifferent again.’ 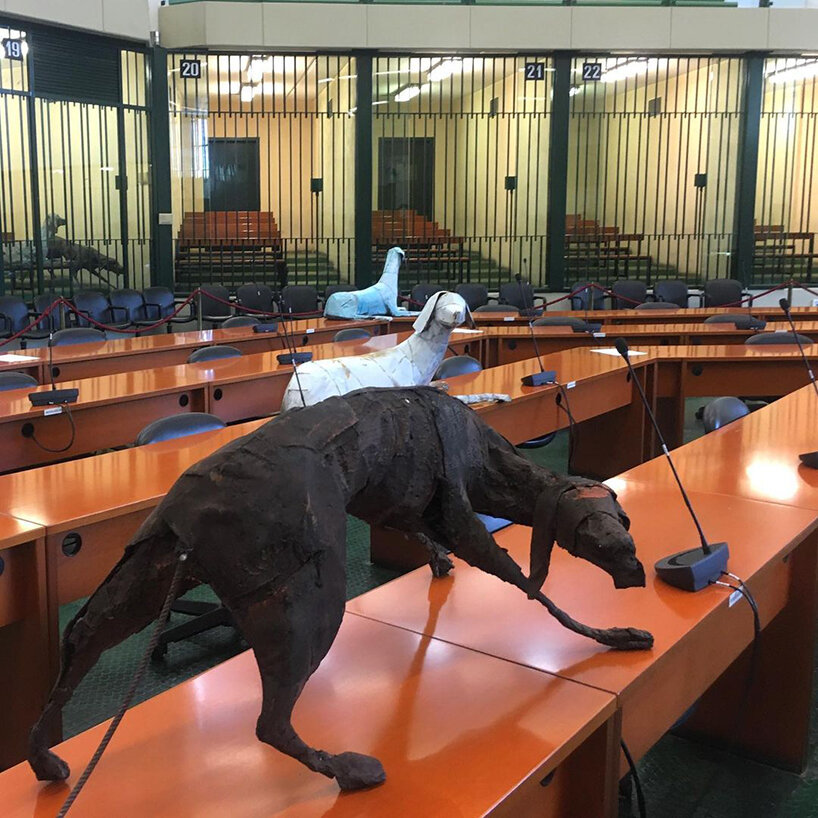 Set in the Church of Santa Maria della Spasimo, ‘Tree of Everybody’ is the third artwork of the series. Created by Gregor Prugger (see more here), the installation comprises a bare fir tree with wooden figures at the tip of its branches, representing victims of the Sicilian mob. Complementing the tree sculpture is another pair of wooden figures depicting life-size replicas of Falcone and Borsellino; both were hand-carved by sculptor Peter Demetz.

While powerful and sobering, these artworks are the start of something bigger. Fondazione Falcone (see more here) plans to develop ‘Spazi Capaci’ into a three-year initiative that brings together a community scarred by a violent past. 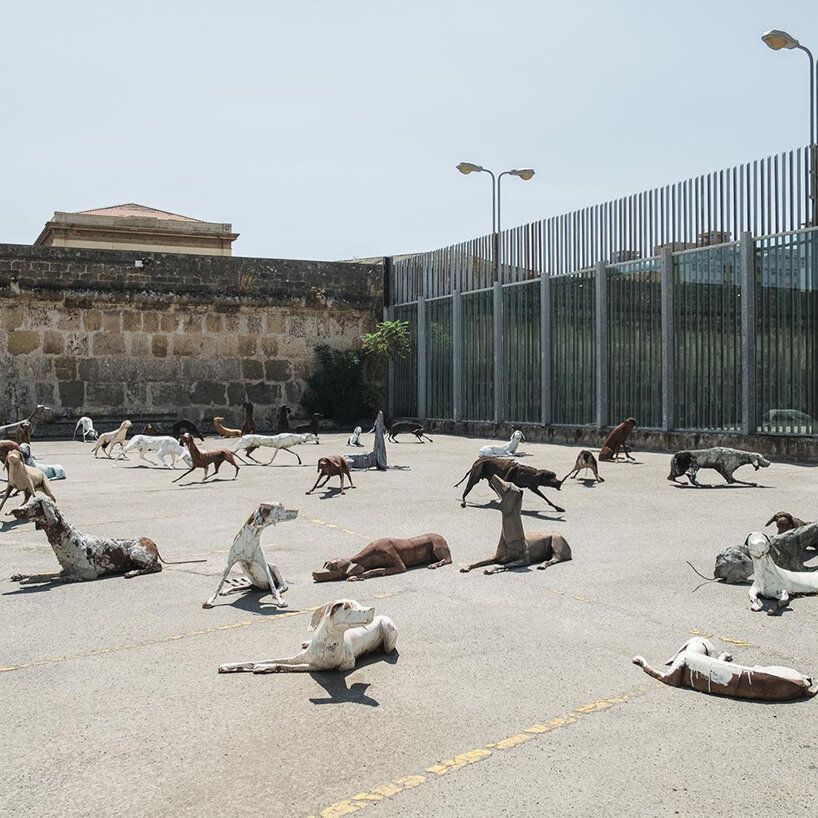 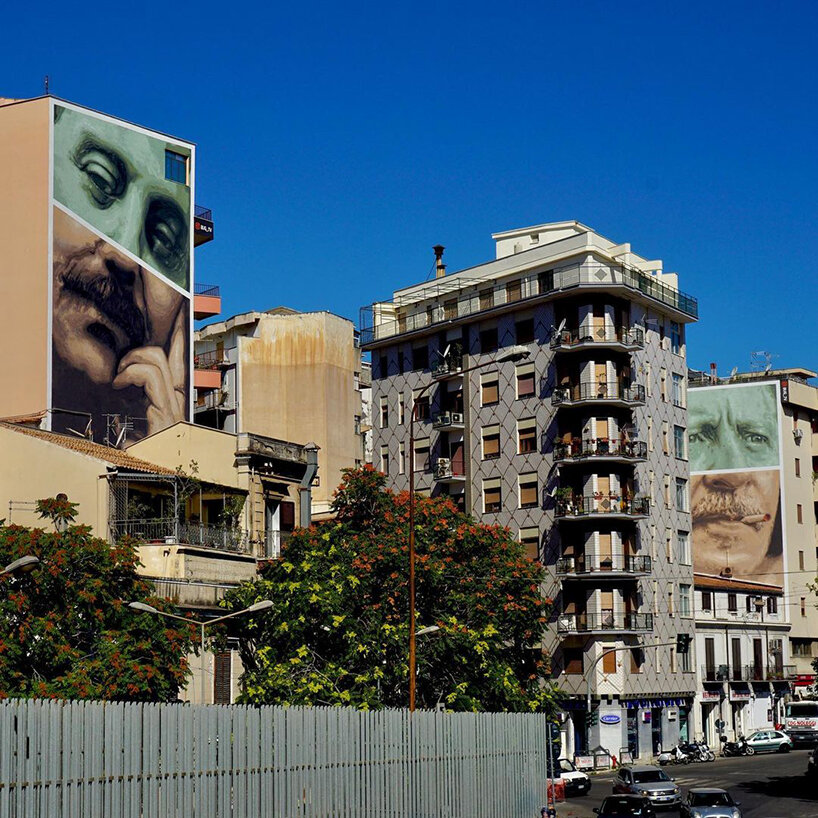 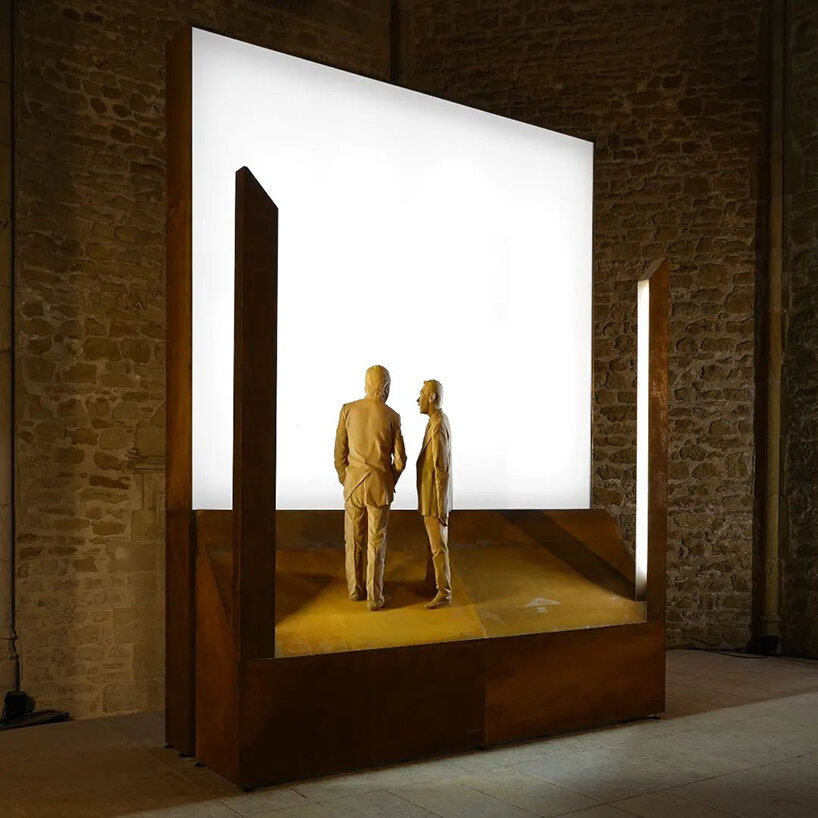 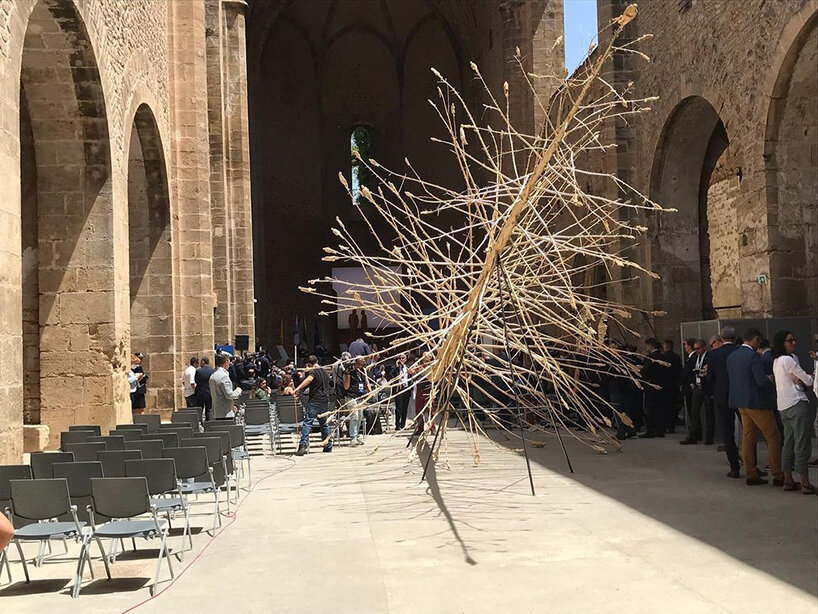 ‘Tree of Everybody’ by Gregor Prugger