in a context where violence, poverty, abuse of alcohol, drugs and AIDS runs rampant, staff riding – the local slang for train surfing – is known as the only escape for some. during a span of several weeks, italian photographer marco casino captures the thrills of this often deadly sport, with a series of images and video documentary in katlehong, one of the largest townships in south africa. taking place mostly on the SA prasa metrorail, participants find themselves in a pursuit of an extreme adrenaline rush, which often times results in death from being crushed or serious injury such as amputated arms and limbs.

in the short film below, casino goes deep behind the scenes to watch young kids under the age of 25 dangling from cars and dancing atop the roofs of commuter trains for the ultimate thrill. 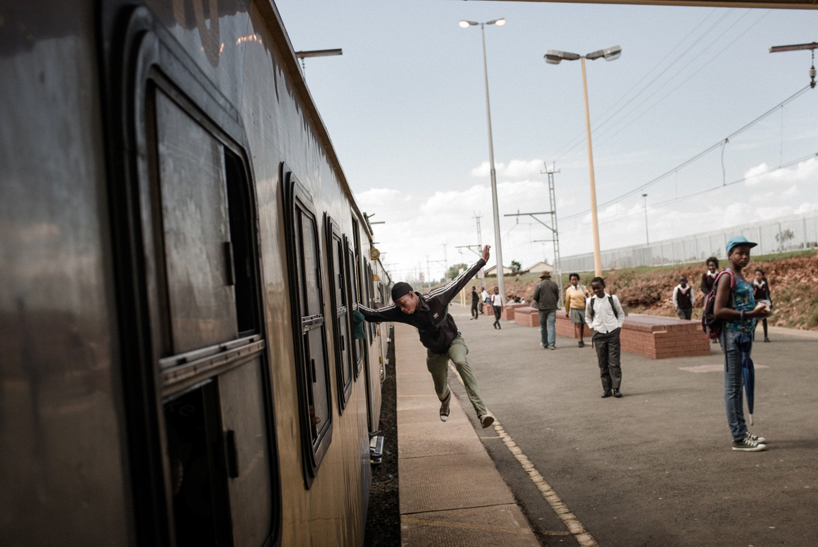 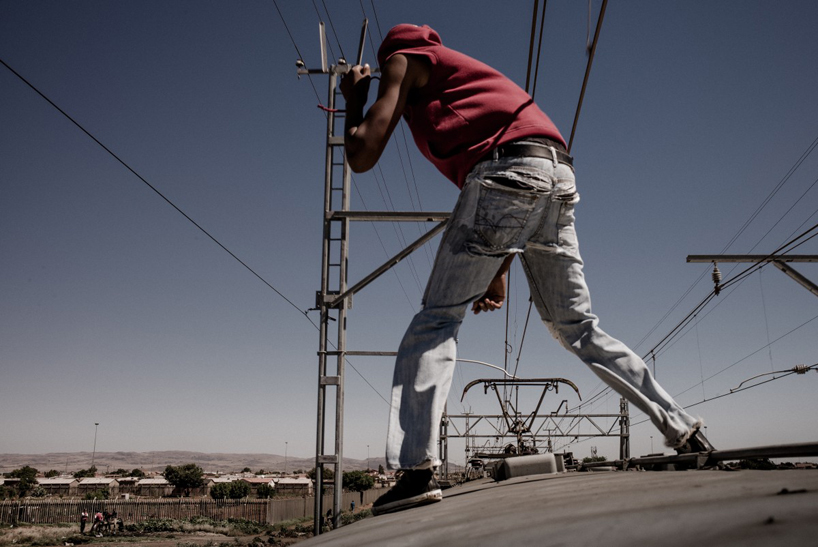 dancing with death atop a south african commuter train

to see more images from the documentation, see here.