in his most ambitious exploration of photography to date — the central focus of his practice since the late 1980s — stan douglas has reconstructed nine remarkable but forgotten moments from history that took place at the original pennsylvania station in new york city. the landmark railroad station, which occupied two city blocks in midtown manhattan from 1910–1963, was an architectural marvel in the beaux-arts style, with its imposing colonnade columns and concourse covered by magnificent glass domes. its controversial demolition, to make way for madison square garden, went on to catalyze the architectural preservation movement in the united states.

stirred by this rich historical backdrop, douglas drew on archival research to capture the serendipity and poignancy of daily life for his artwork, ‘penn station’s half century’. 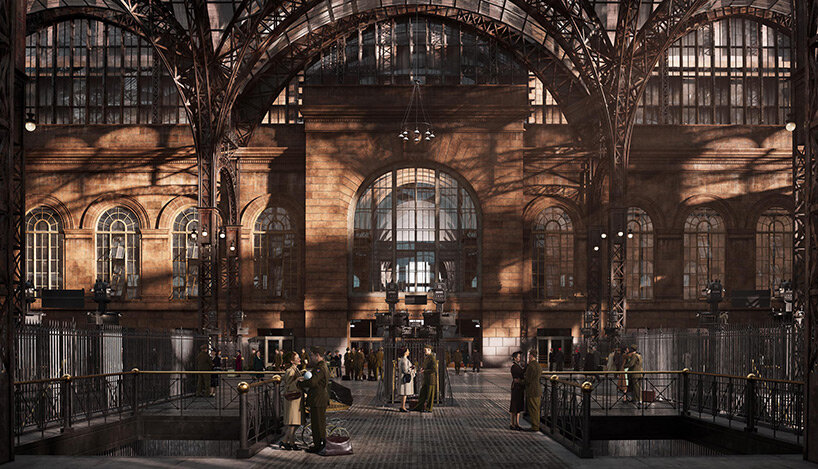 ‘penn station’s half century​’ comprises nine vignettes arranged into four thematic panels, whose historical scenes were painstakingly re-created by douglas over a four-day shoot in vancouver. this process called for more than four hundred actors to be scanned and dressed in one of five hundred unique period costumes, before being posed digitally. douglas then photographed the live actors, and seamlessly combined them with digitally-recreated interiors of the demolished station, whose architectural elements were generated through an intensive CG post-production process. 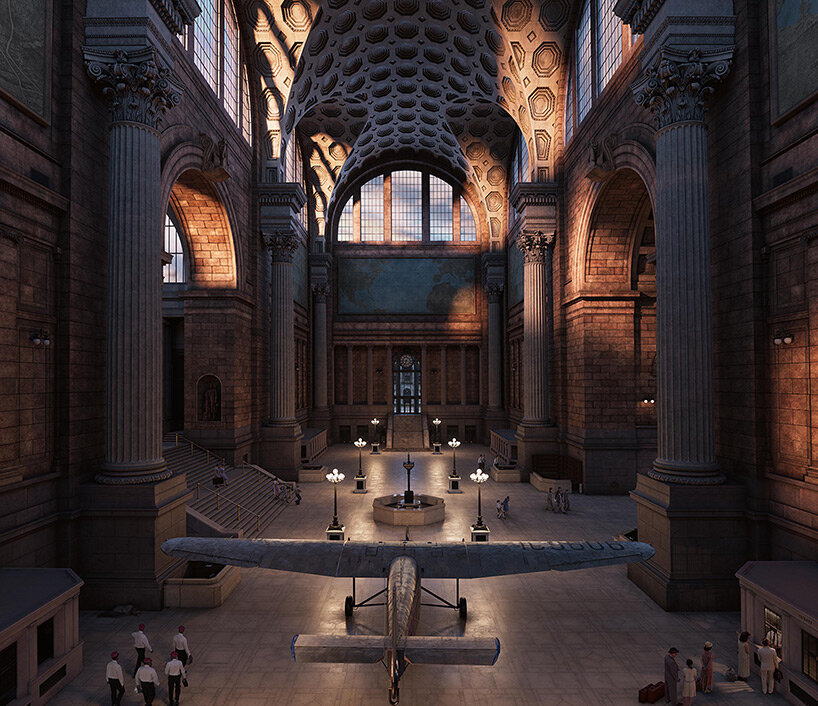 in selecting the individual moments for re-creation, douglas worked alongside a researcher to carefully comb through thousands of newspaper and periodical stories that mentioned penn station, and eventually narrowed them down to nine single days taking place between 1914 – 1957. the chosen evocations of the city’s forgotten history include singer, comedian, and first african-american to direct a motion picture bert williams, instigating an impromptu vaudeville show with fellow performers while stranded in the station during an epic snow storm in 1914. another tableau depicts the crowds that flooded the station to witness the capture of infamously fashionable bank robber and petty thief celia cooney, who earned herself the nickname ‘the bobbed hair bandit’ by her cult following. 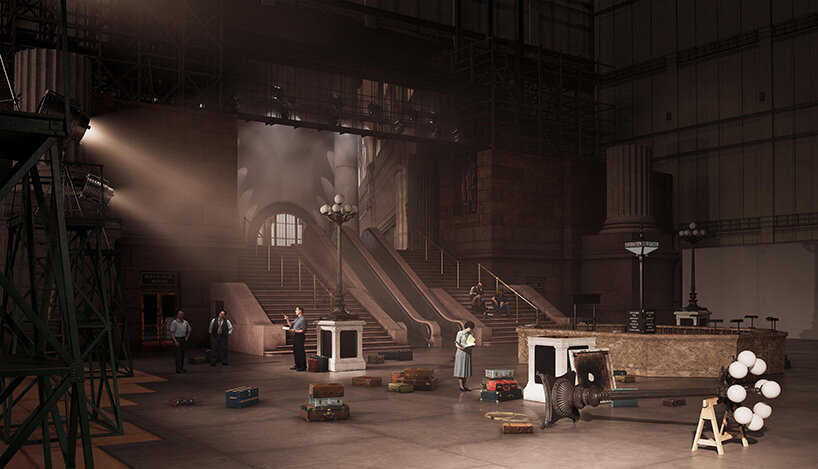 penn station’s half century​, commissioned by empire state development in partnership with public art fund, is installed across a wall more than eighty feet long at new york city’s new moynihan train hall. designed by SOM, the design brings light to the station’s concourses for the first time in more than 50 years, and seeks to restore the grandeur that was lost with the demolition of the original penn station half a century ago. 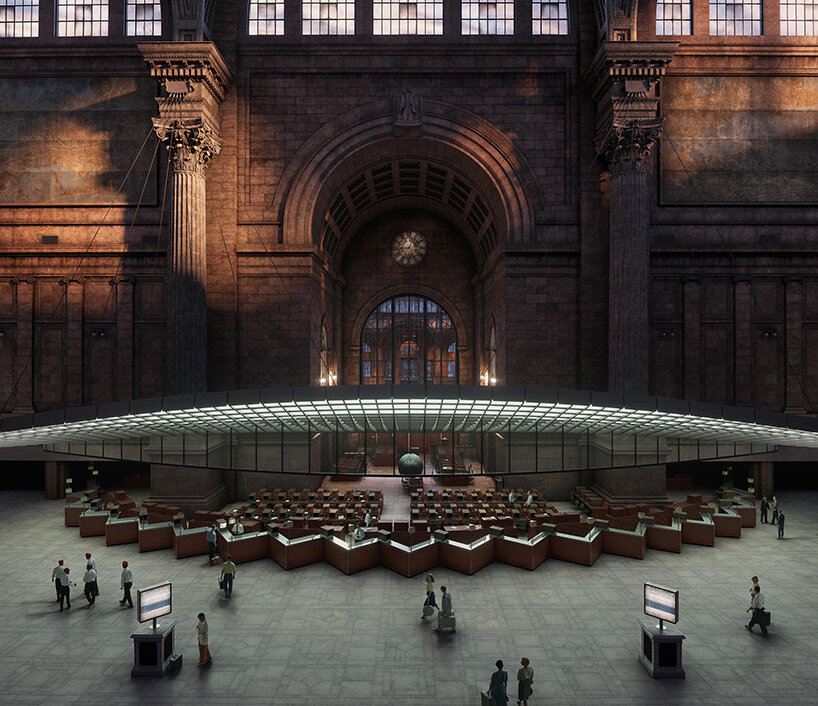 david zwirner celebrates the debut of artwork with an in-depth ‘studio’ presentation, which unearths the fascinating process behind each of the artist’s four thematic murals in behind-the-scenes footage from the shoot. the resulting images pay homage to the magnificence of the original station, and to the layers of human experience that bring our civic spaces to life. 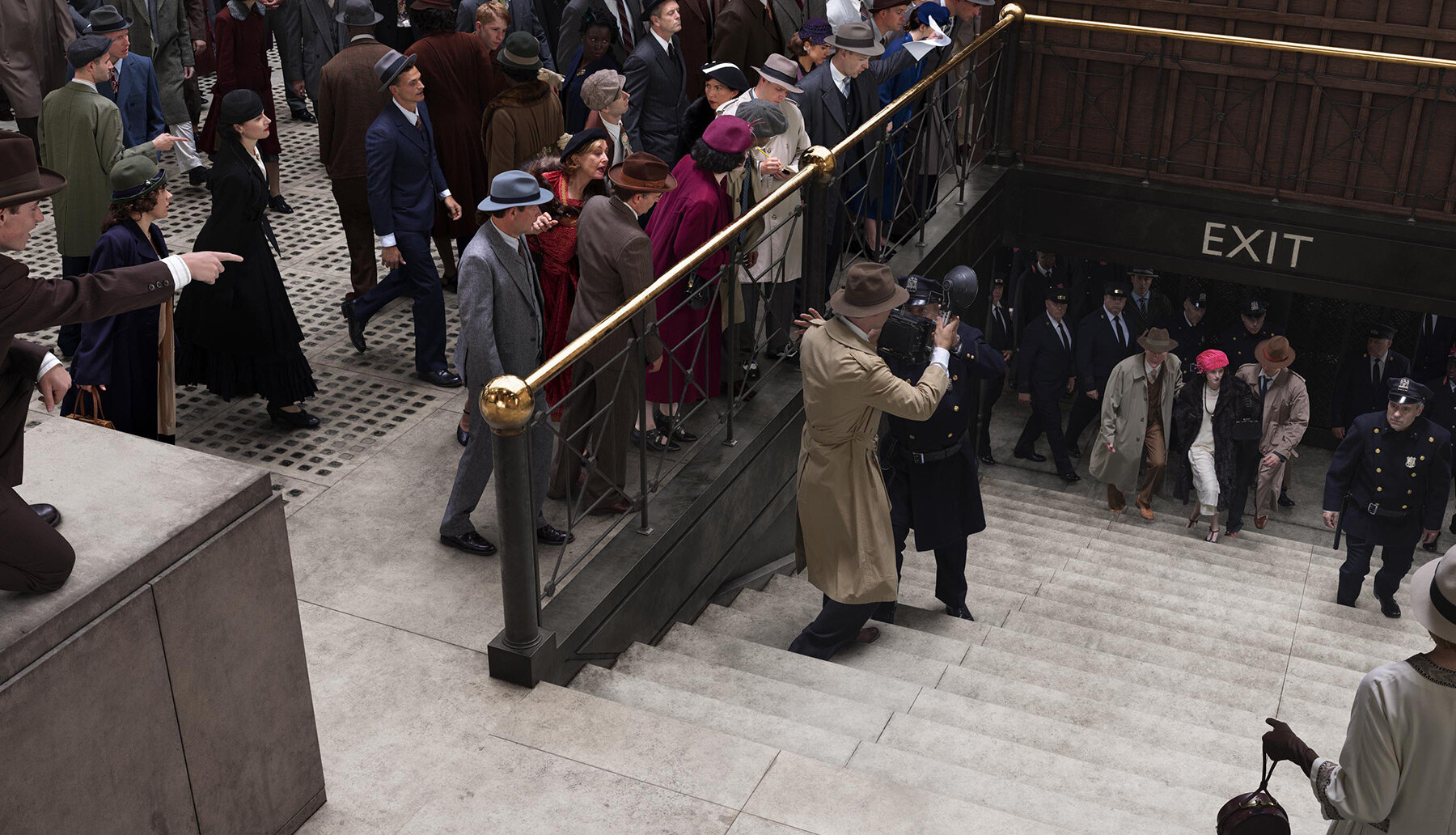 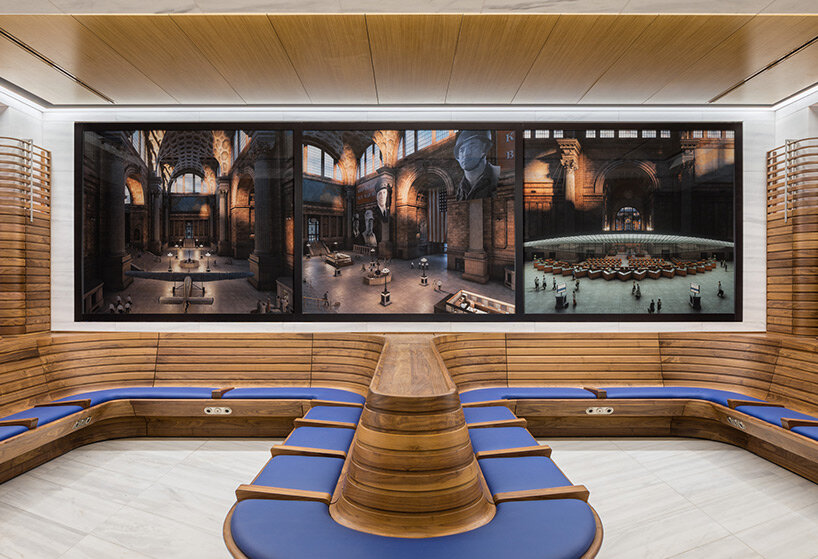 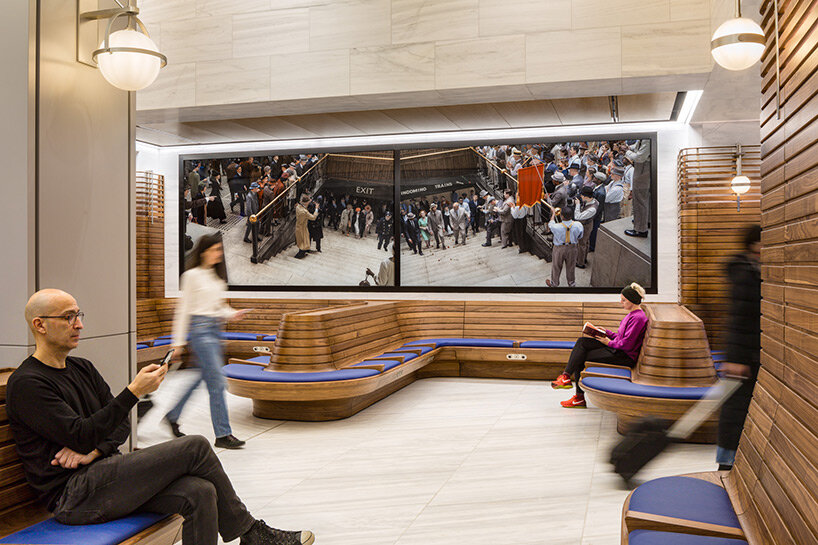 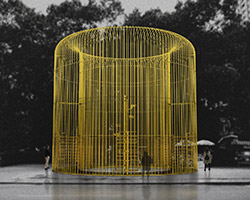