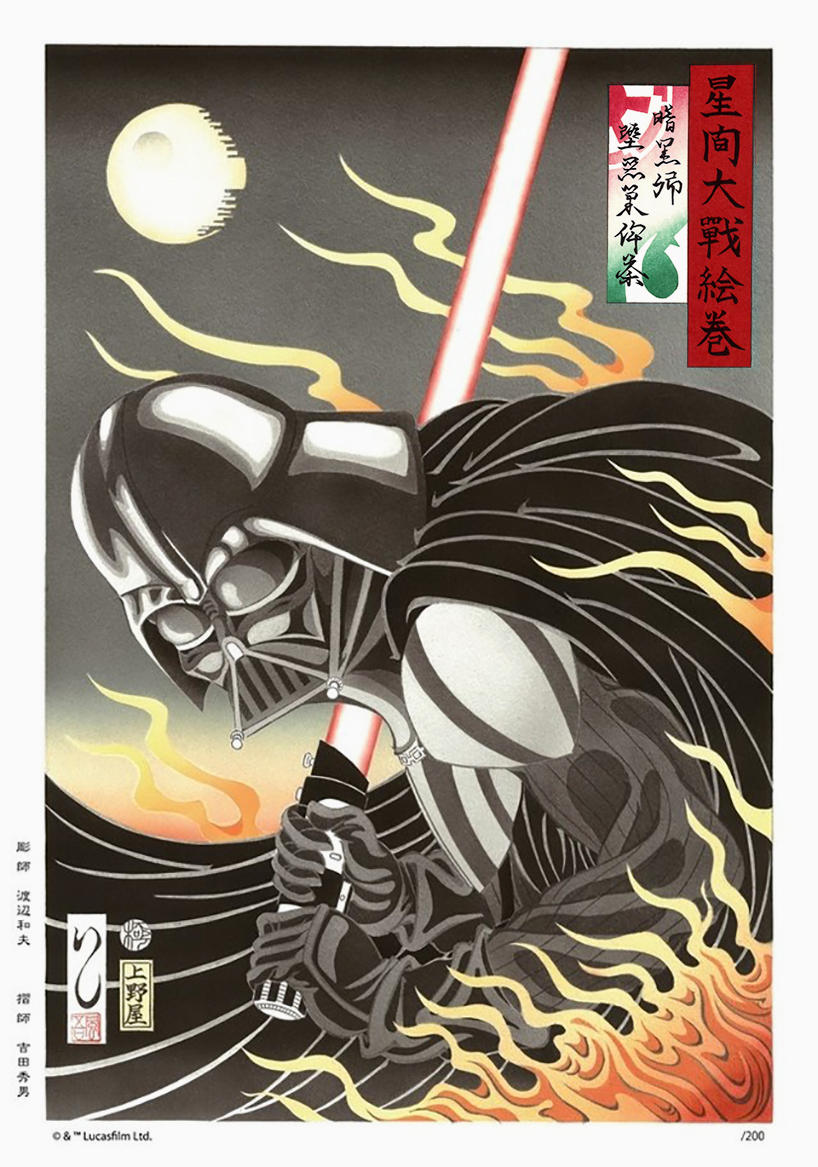 how do you reignite interest in a centuries-old craft, where patience, dexterity and technical mastery exceed the standard of today’s poster-making practices? the ‘rhythm force‘ project suggests introducing a contemporary cult classic, like star wars, to the scene. 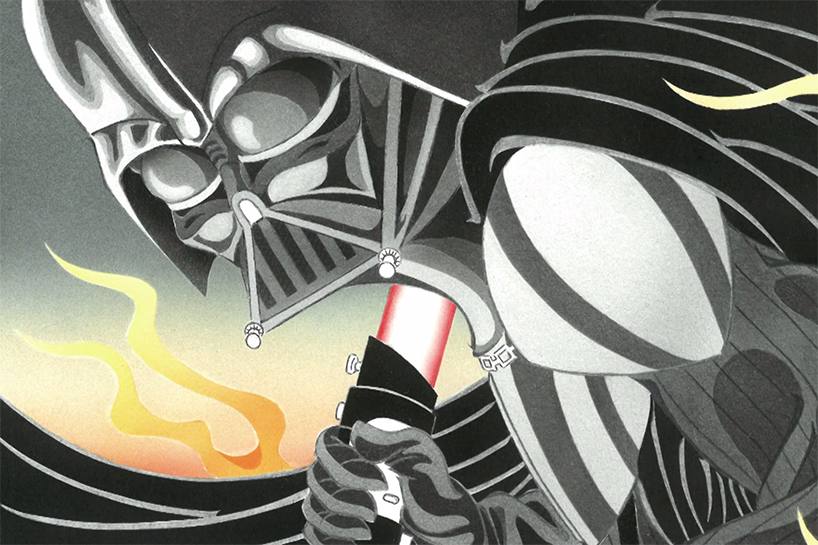 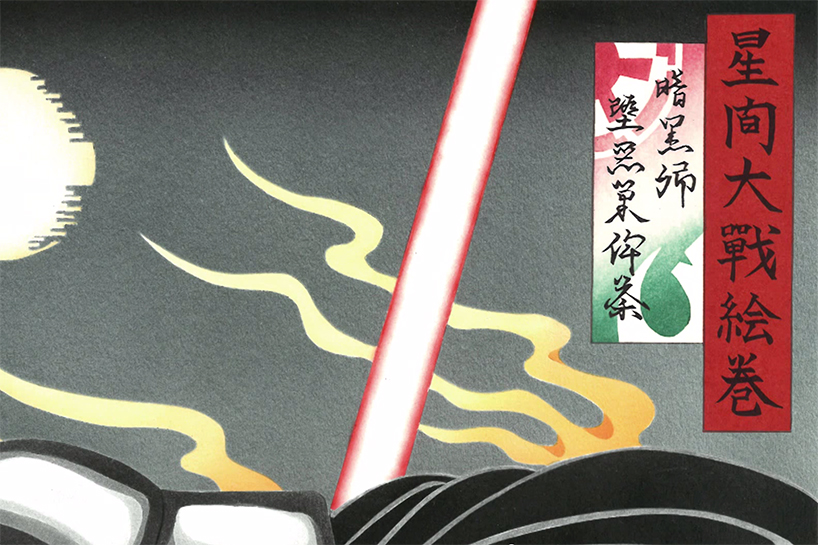 these motifs have been reinterpreted and reconsidered to suit images sourced from the film franchise, like darth vader wielding a lightsaber and a scene from the battle of hoth. each graphic has been meticulously hand-carved by a wood sculptor, who creates multiple blocks for each represented color created by the painter. finally, another craftsman prints the final result on japanese paper — 200 limited edition copies have been made of each star wars composition. 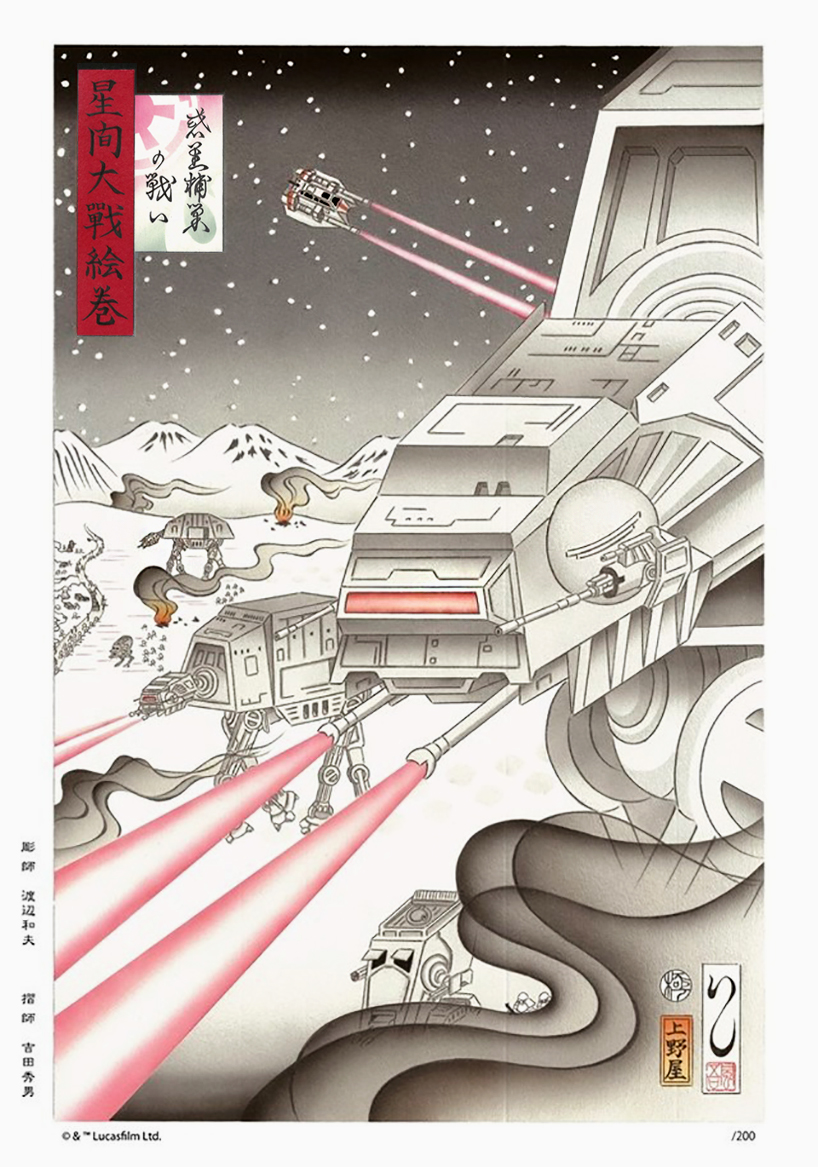 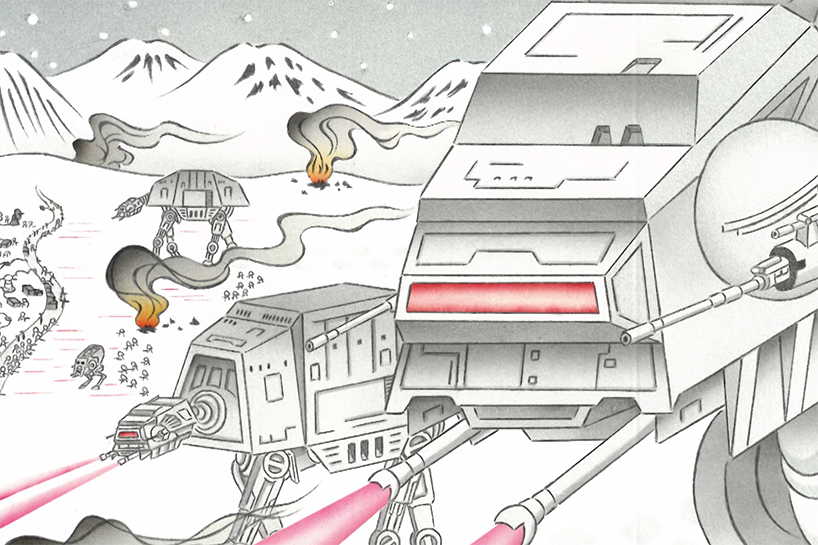 detail of the composition 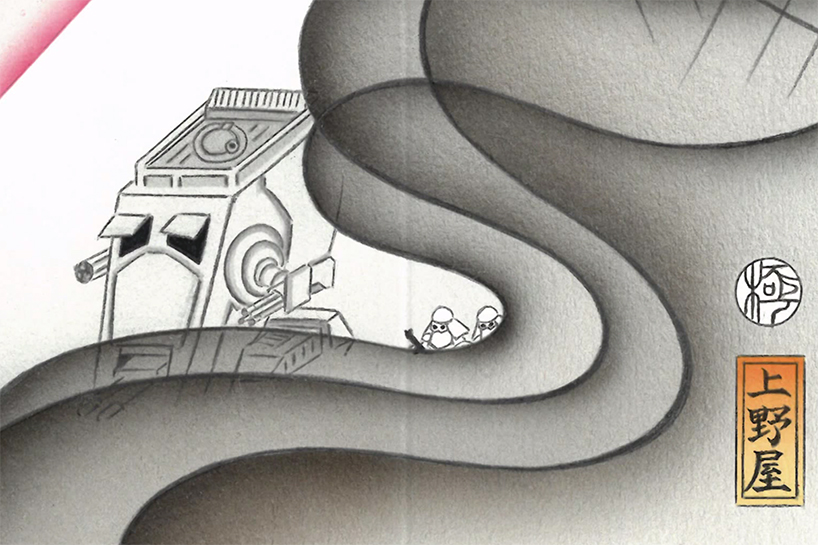 tiny characters are pictured in the scene 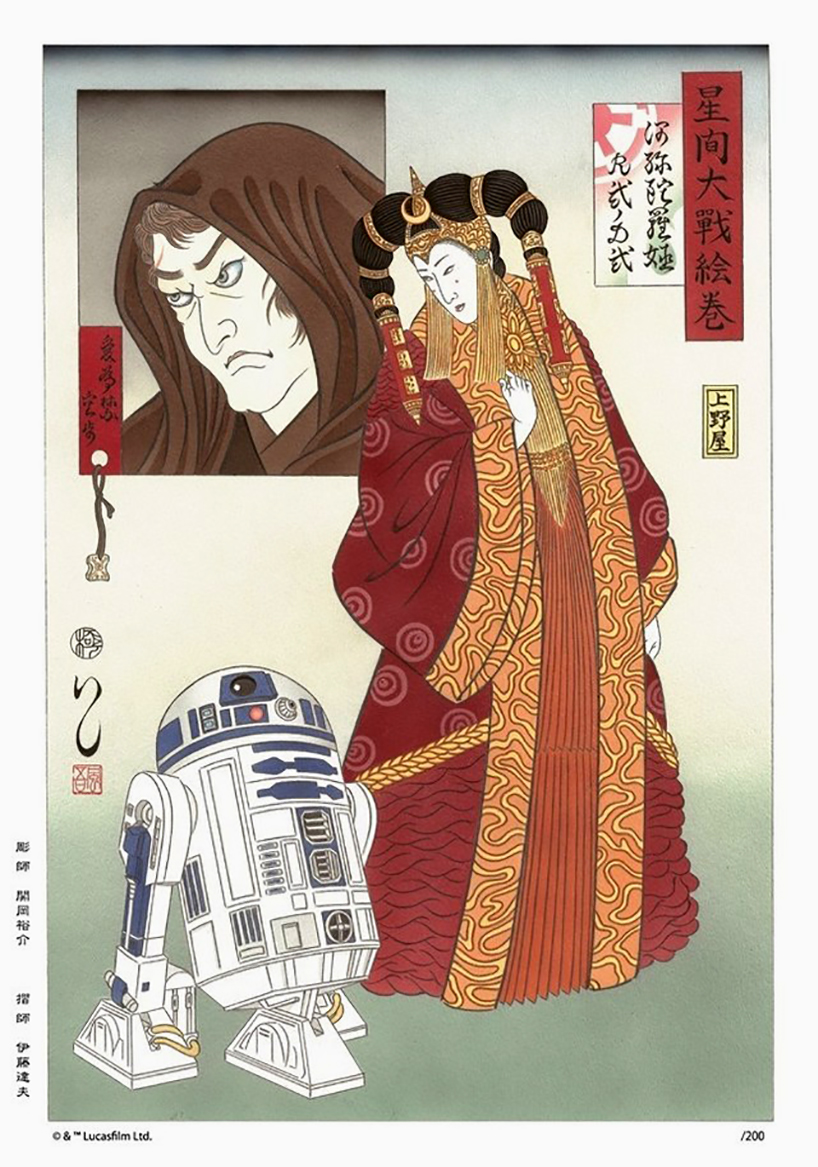 an interpretation of the character queen amidala 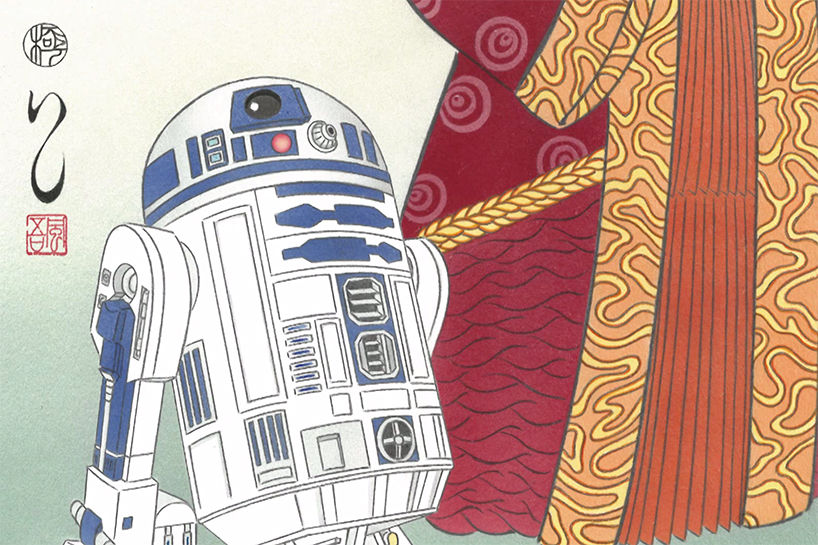 detail of R2-D2 in the scene 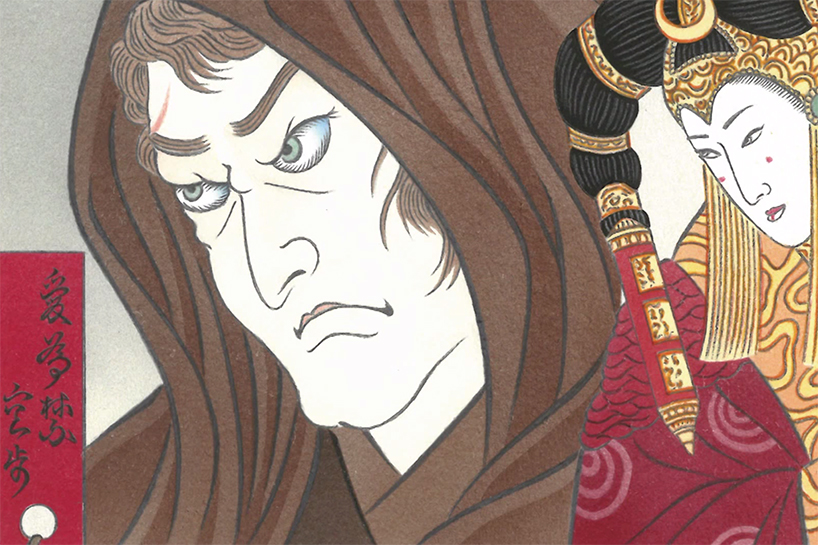 an traditional reinterpretation of a jawa from the star wars series 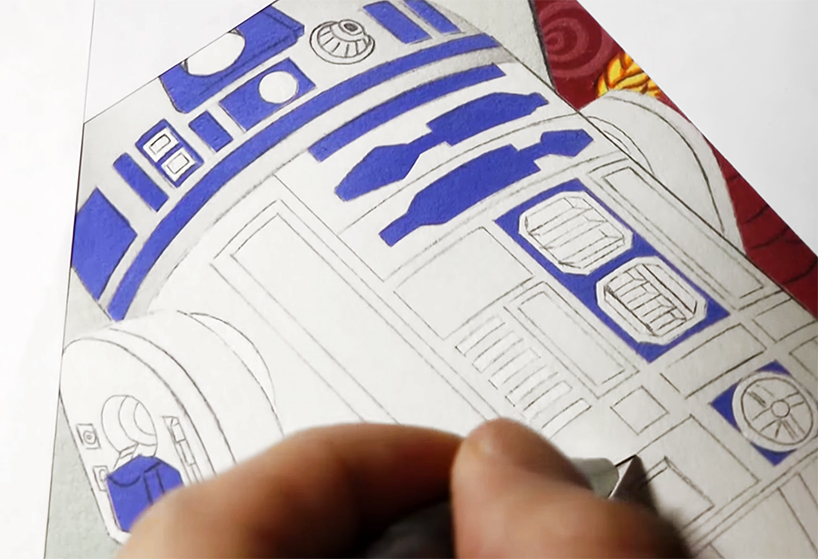 the painter creates the original outlines of each composition 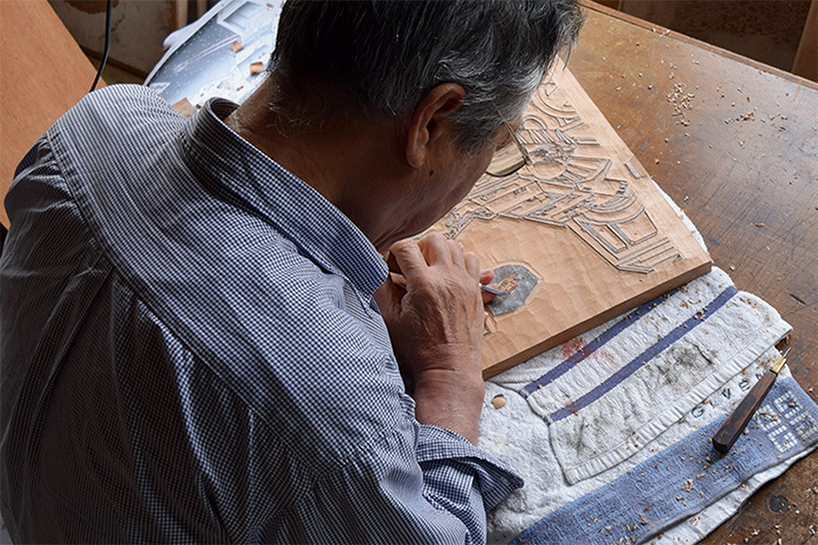 a woodcarver sculpts the blocks with a blade 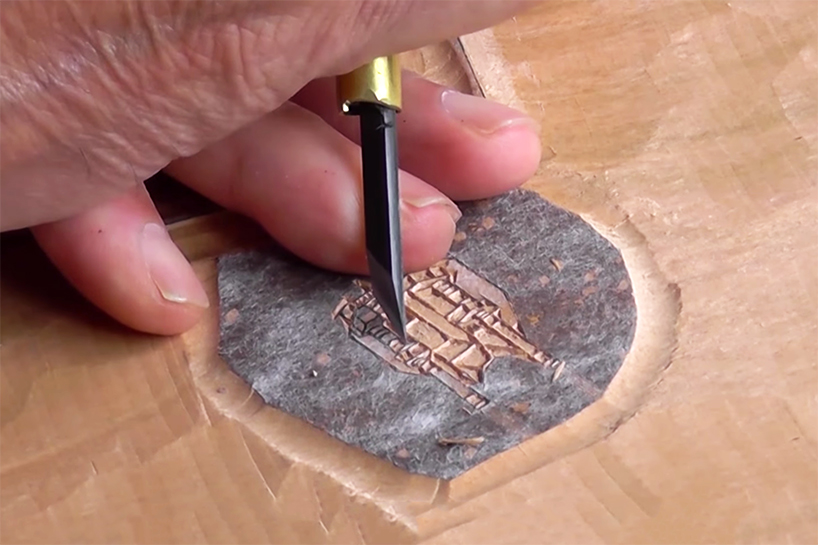 details are carved into the surface of the wood 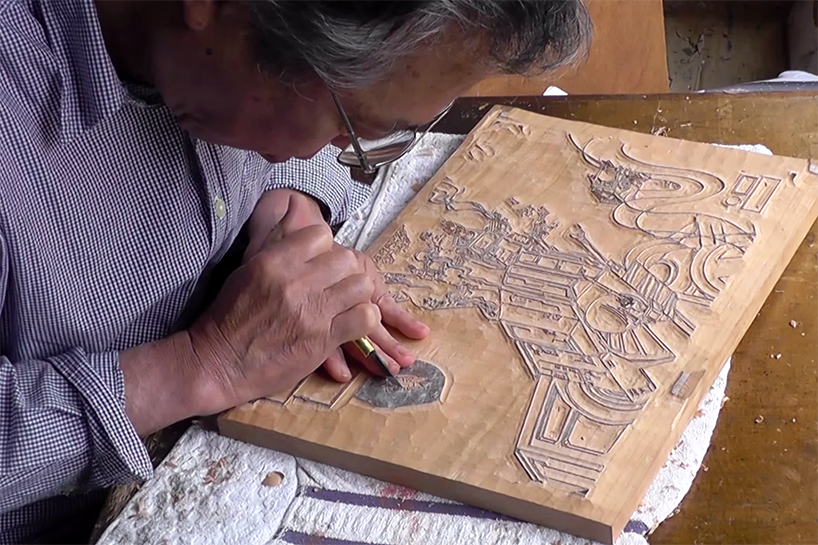 different blocks are made for each color represented in the graphic 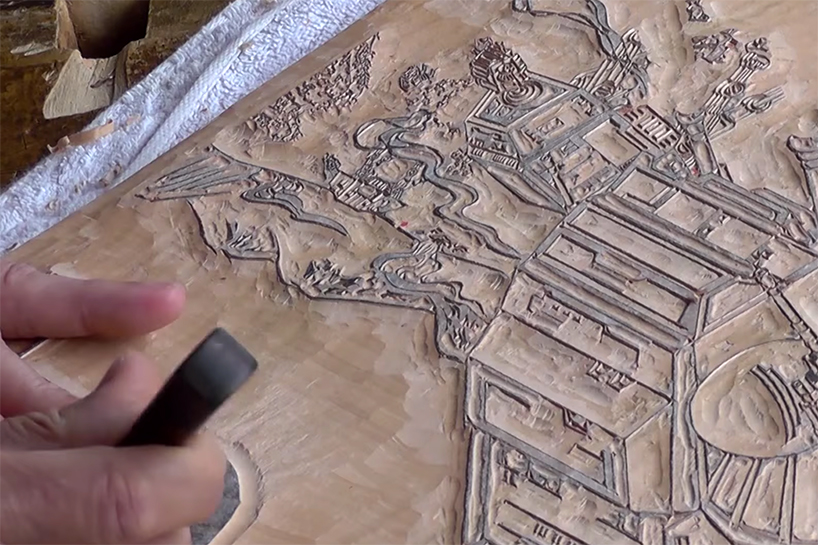 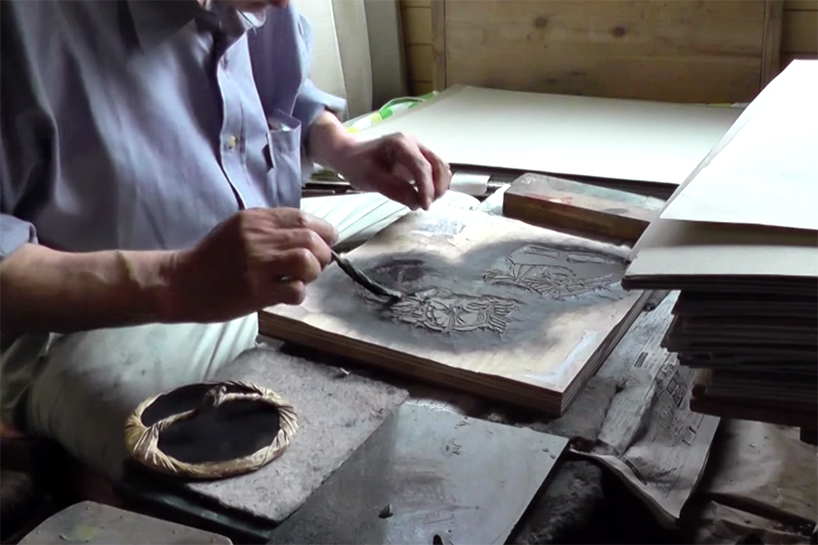 ink is applied to the surface of the woodcut 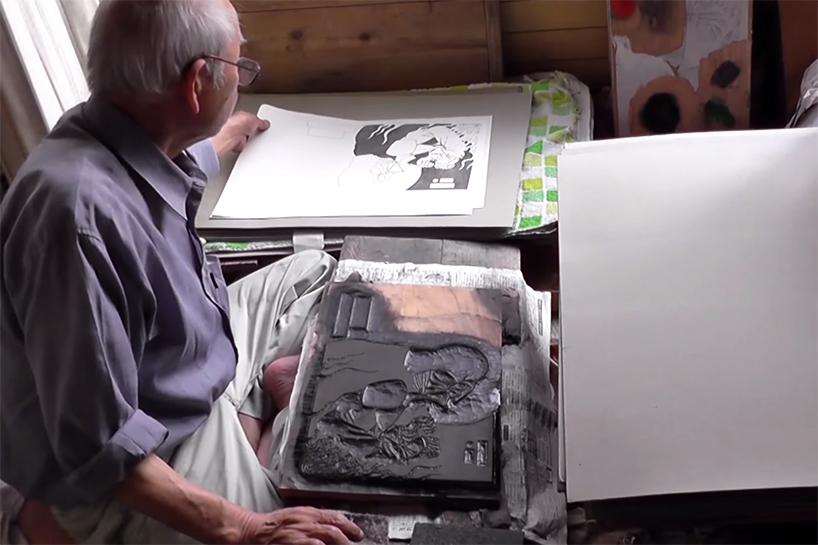 japanese paper is pressed against the ink 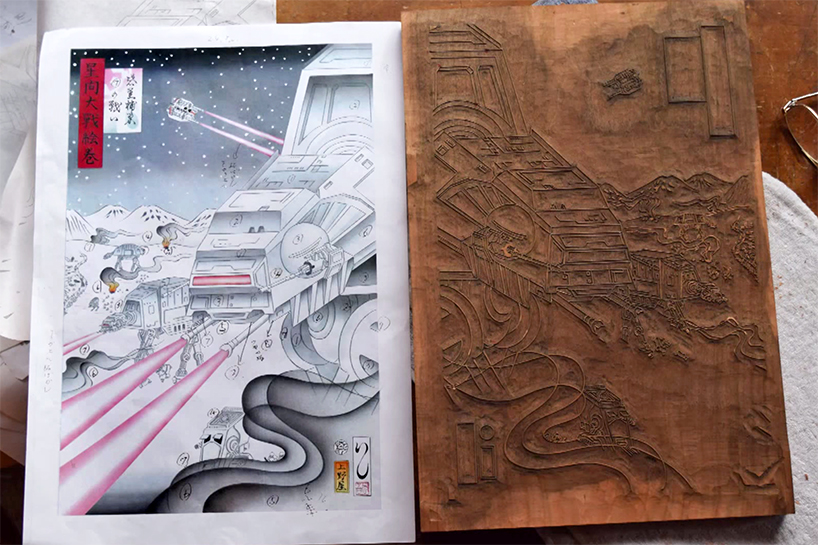 TRADITIONAL ARTS AND CRAFTS OF JAPAN (37)