starlight’ by erich remash, jeremy berglund, don peterson and chad ingle is a sculptural installation that was presented at burning man 2012 and four other festivals. seven twelve-foot diameter plywood stars were placed in the black rock desert mapping out the constellation orion, creating a sense of place and a ‘heaven on earth’ effect. the stars are designed to appear aesthetically pleasing during day and night, appealing from great distances in order to draw in curiousity. constructed of CNC milled plywood and fir blocking patterns, repetition, scale and tension are used to combat the overwhelming scale of the black rock desert. as a result, each star is given its own unique lighting pattern. 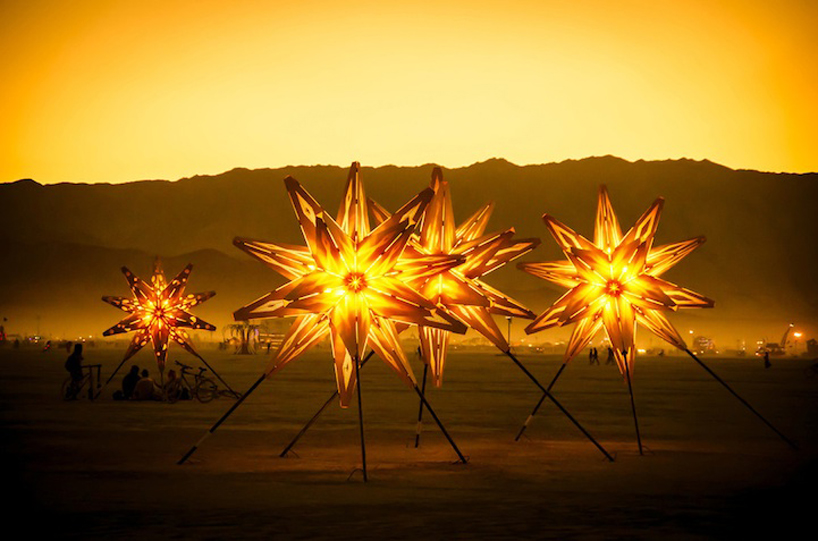 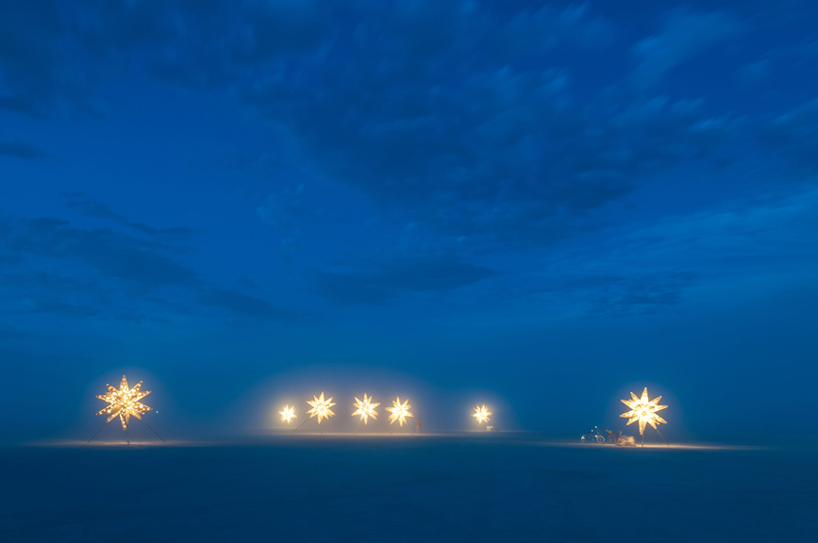 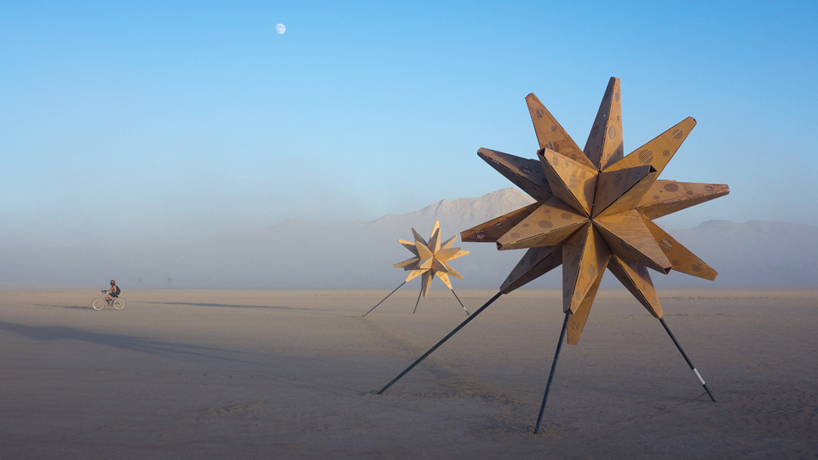 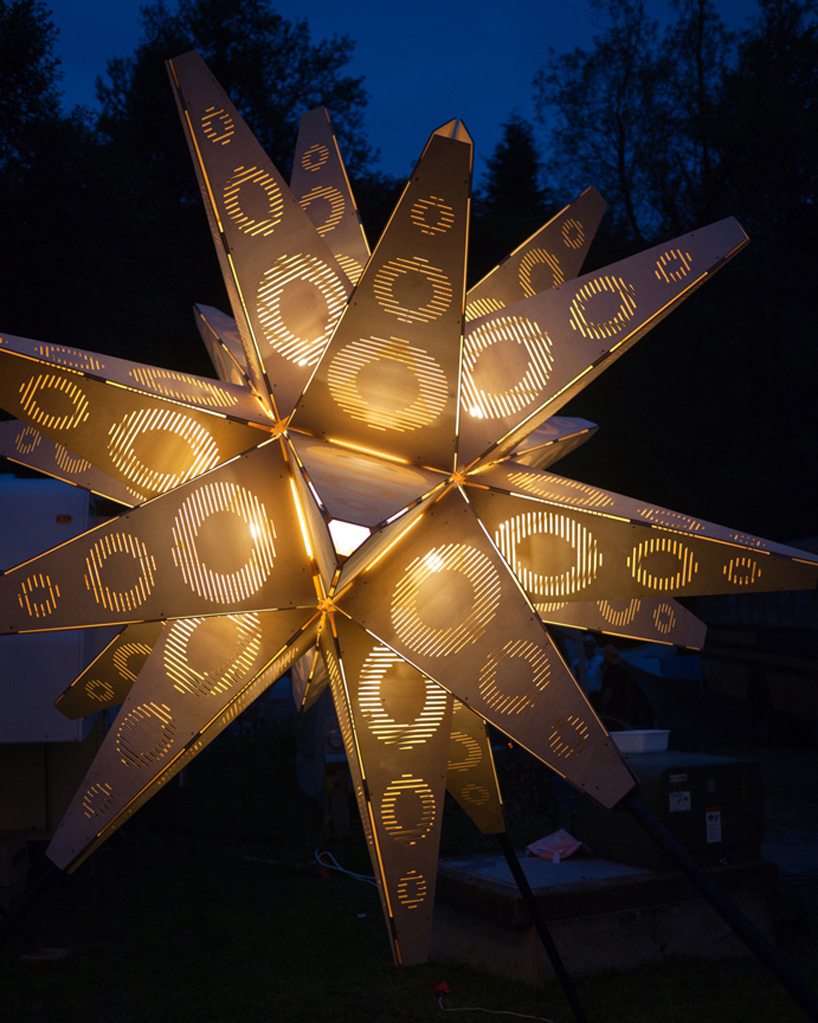 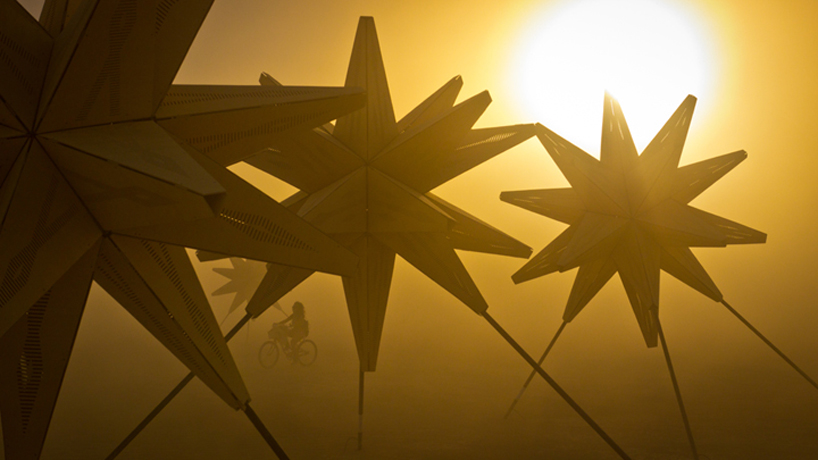 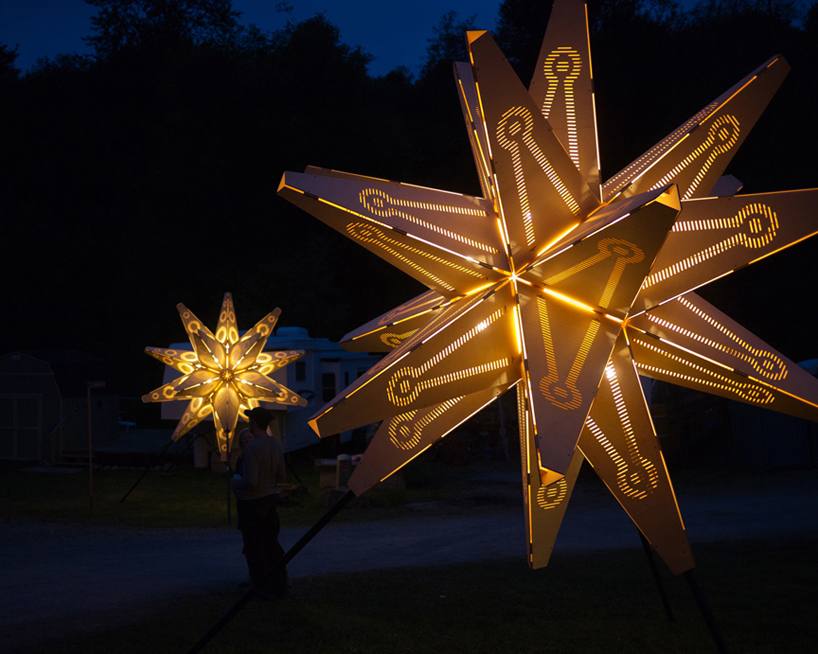 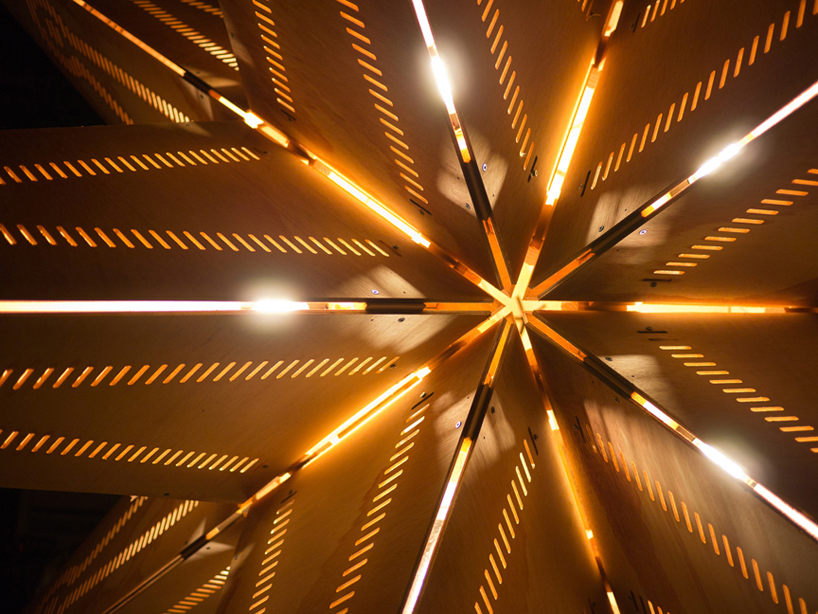 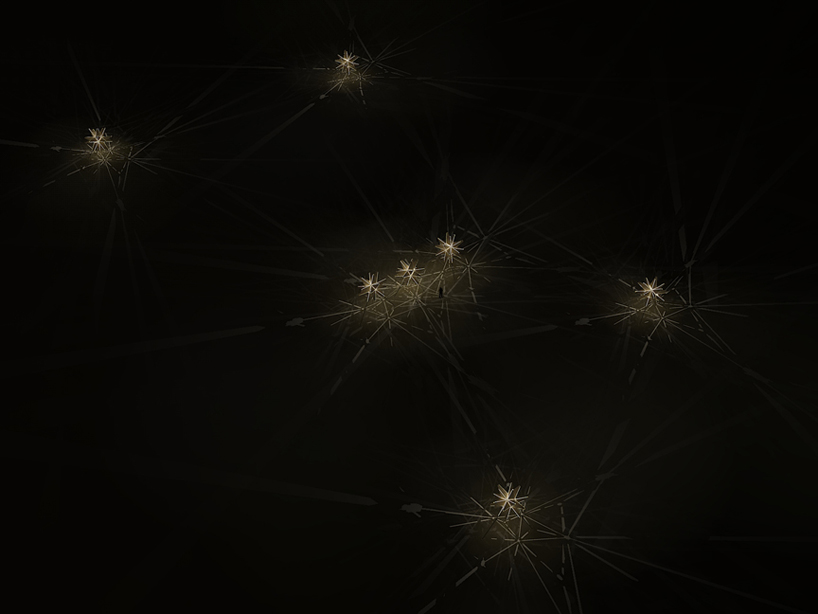