american artist steed taylor has sent designboom images of his recently commissioned road tattoo, ‘galloon’, on north streeter drive in front of the navy pier. the piece, characterized by the street artist’s signature stencil design informed by a ‘daughters and sons knots’ aesthetic, was installed at a local and national site for veneration of the U.S. military after memorial day – a holiday to honor and remember those who have died in military service. the work is governed by a distinctly symbolic element, celebrating the first legally acknowledged homosexual troops, applauded by their titles entwined in the artwork.

the artist describes the significance behind his concept:

‘I decided to make the piece so it reflects the location but had a uniquely personal meaning for myself and many americans. this road tattoo, ‘galloon’, honors the united states first legally out gay and lesbian troops by including their names in the piece.’ 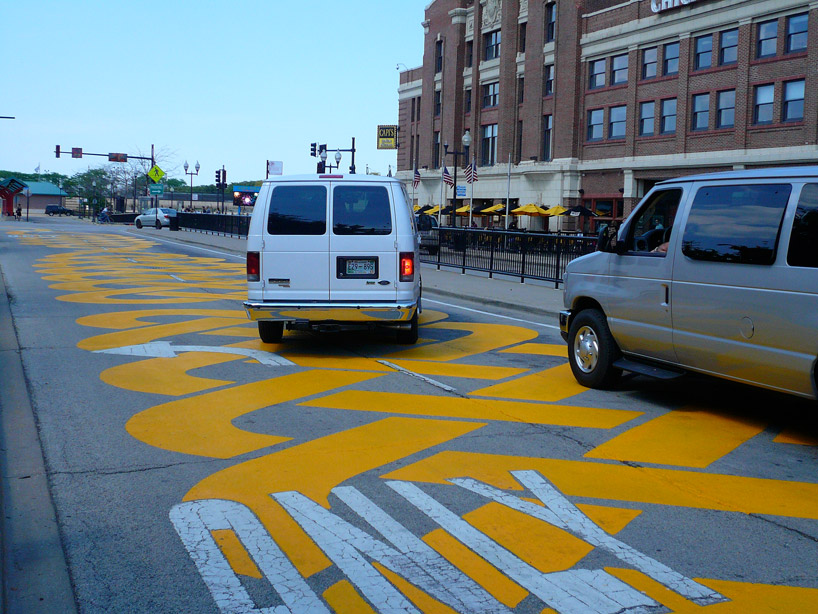 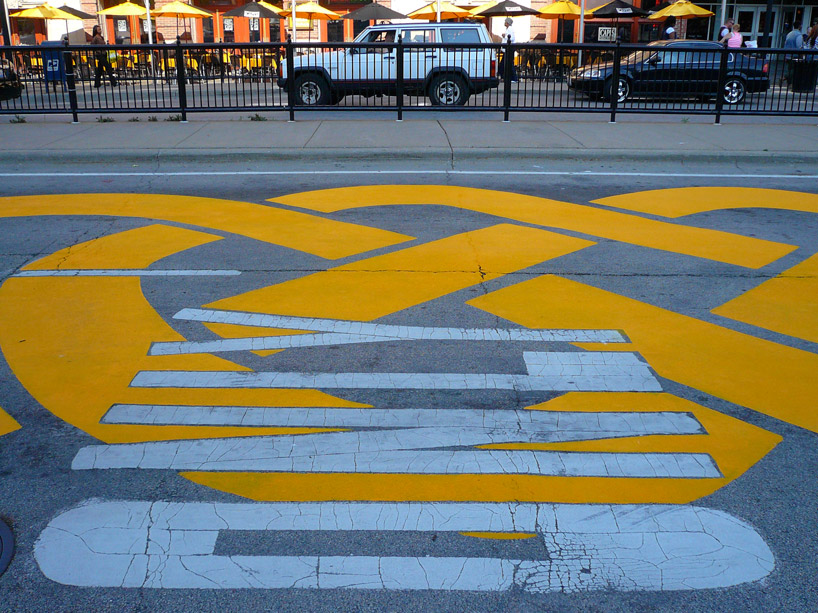 stencil design informed by a ‘daughters and sons knots’ aesthetic 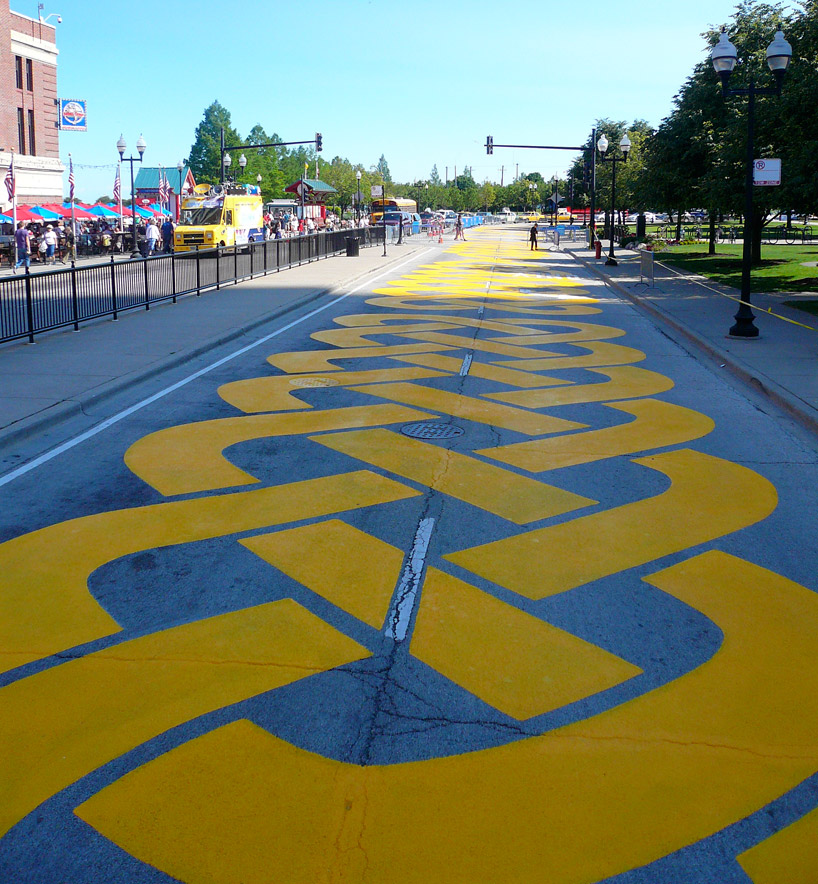 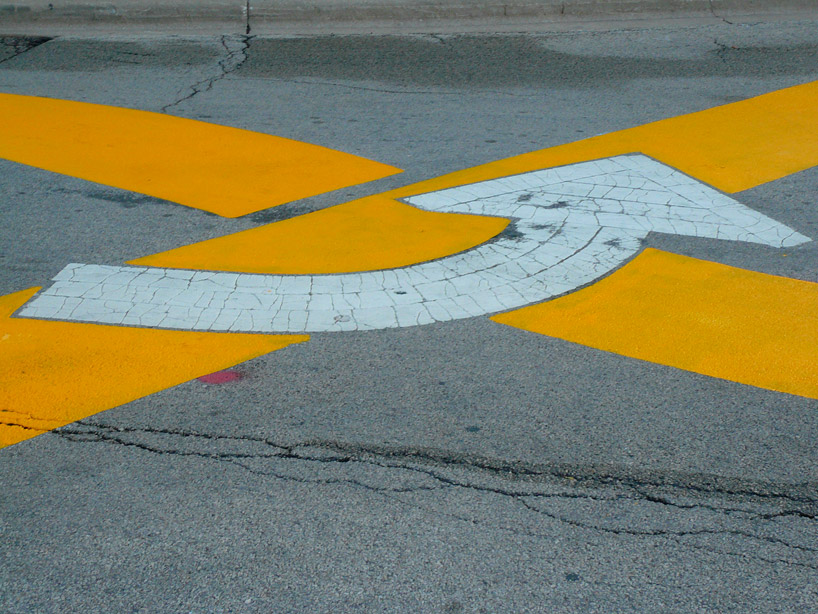 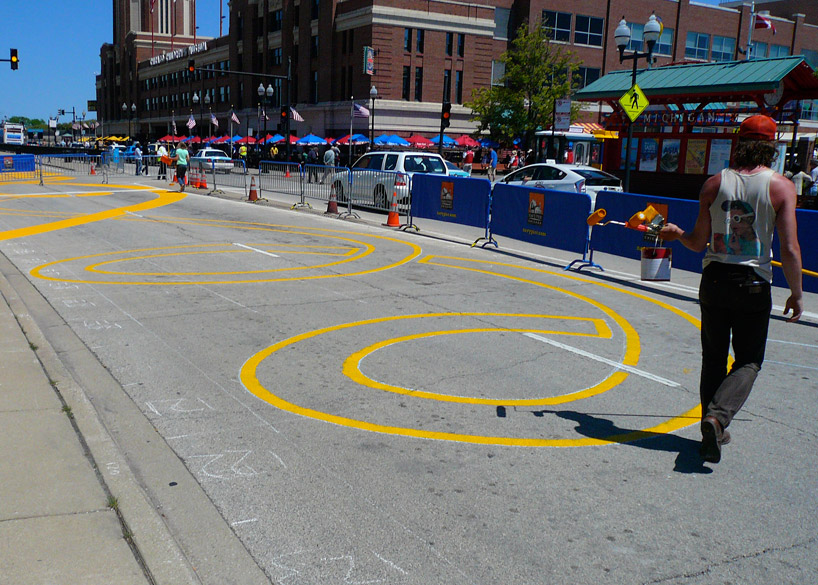 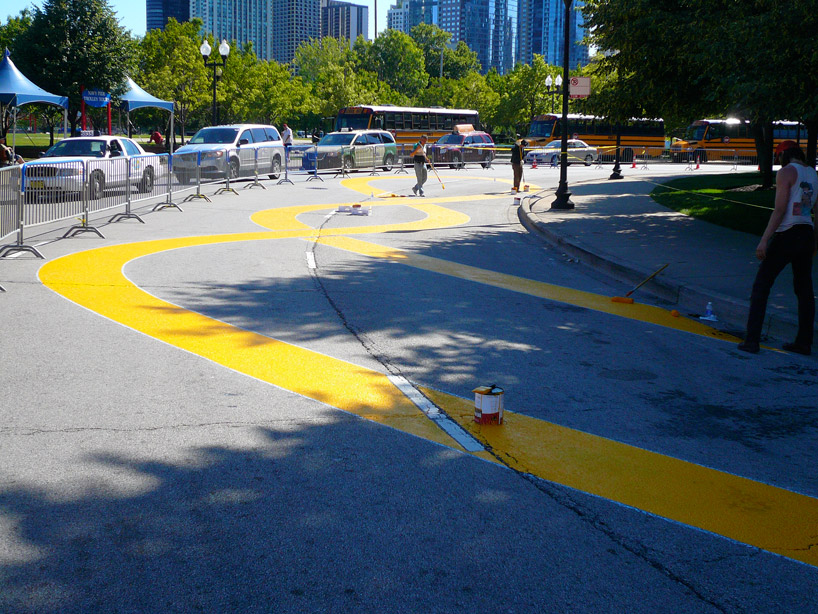 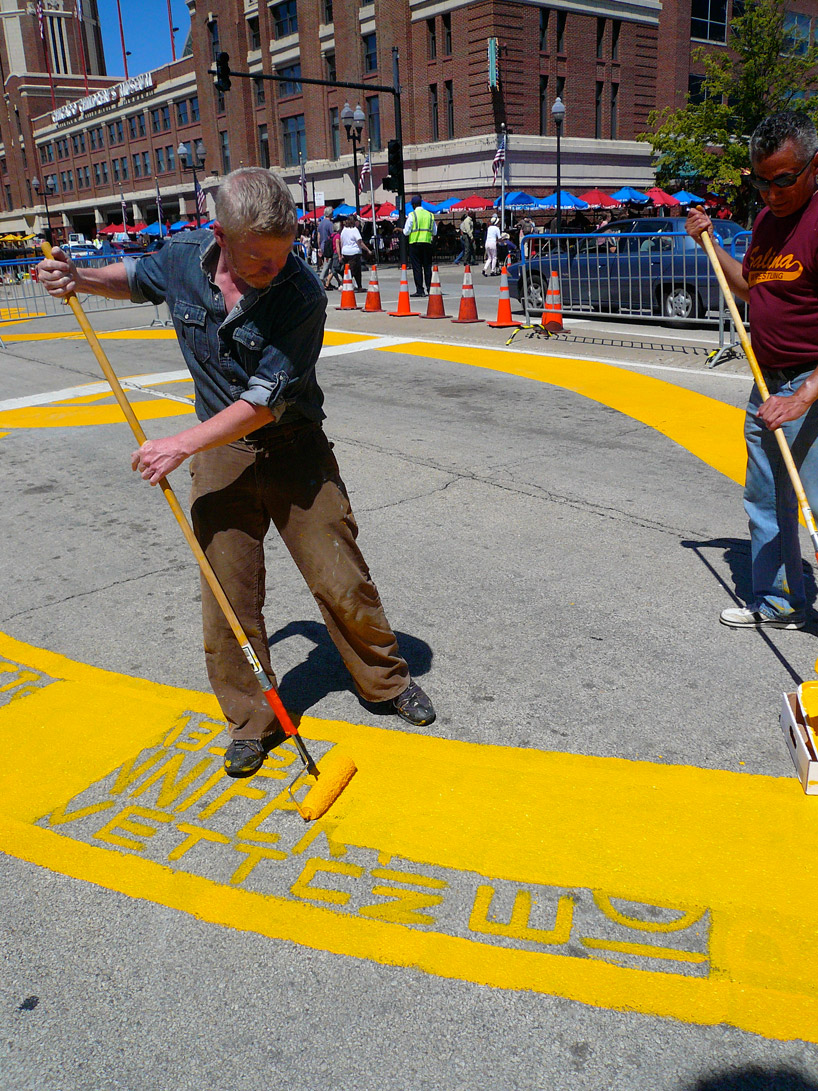 the artist preparing the work 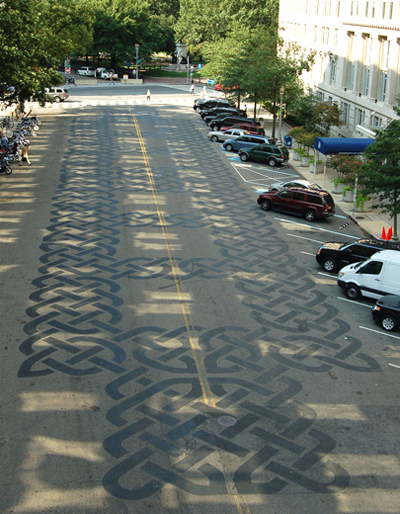