california-based artist lita albuquerque led an expedition to antarctica, near the south pole in the creation of her global installation ‘stellar axis’, a creative enterprise which became the first and largest ephemeral artwork created on the continent. albuquerque and a team of researchers and astronomers situated 99 fabricated blue spheres on the earth’s icy surface, the placement of each corresponding to the location of one specific stars in the sky above. during orbit, the displacement between the original positions of the stars and the vibrantly colored orbs drew an invisible spiral of our planet spinning in motion, creating a terrestrial constellation at the earth’s pole. the dramatic photos documented by jean de pomereu are currently exhibiting for ‘vanishing ice’ at the whatcom museum, washington until march 2nd, 2014. 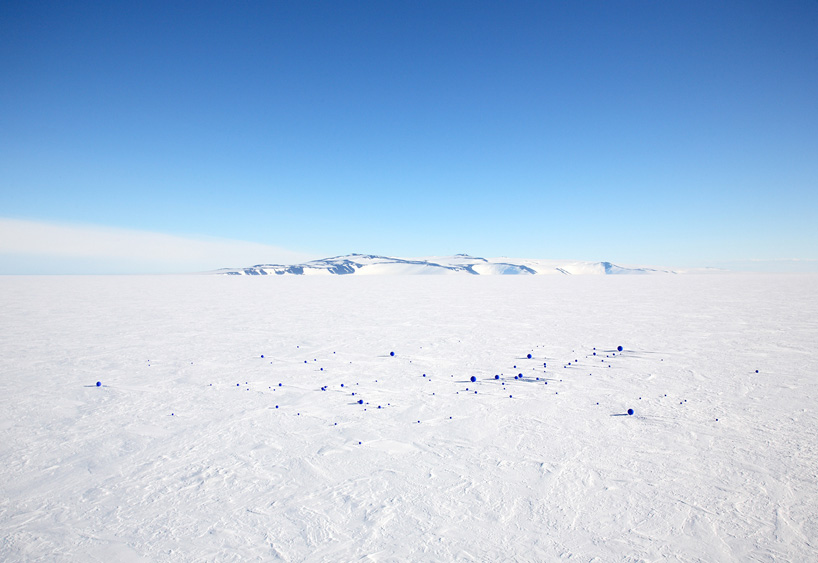 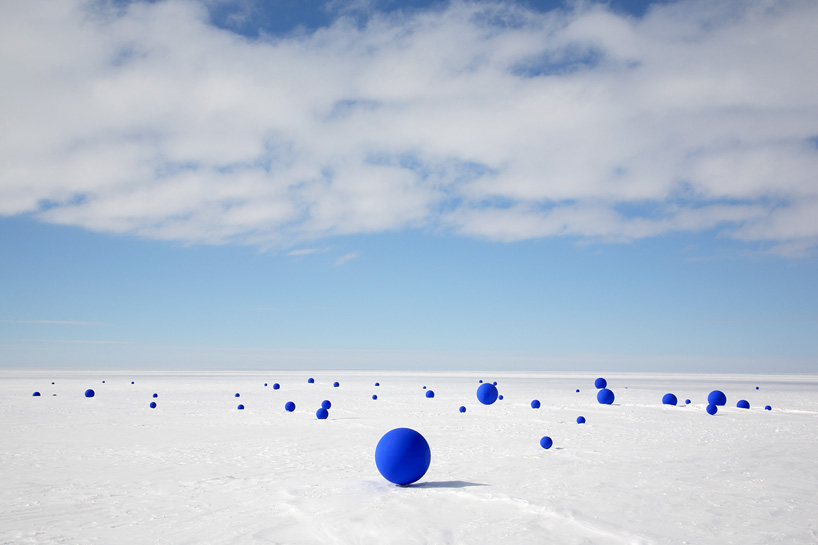 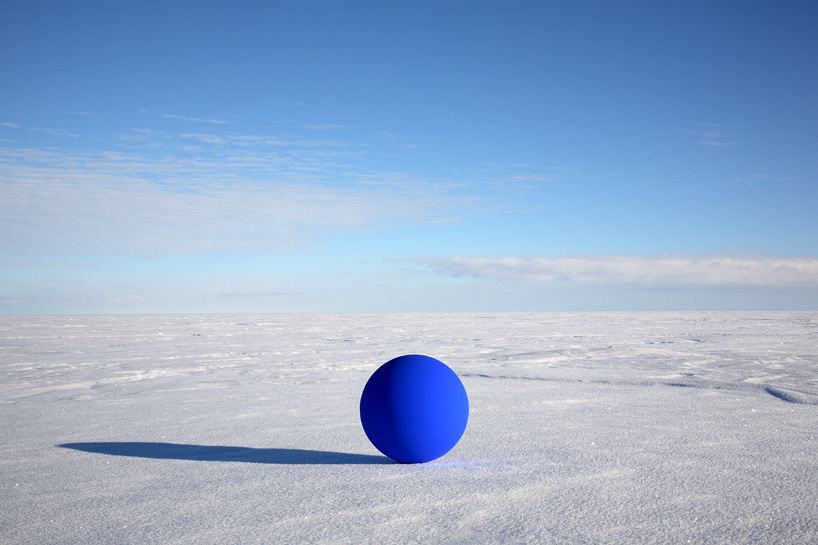 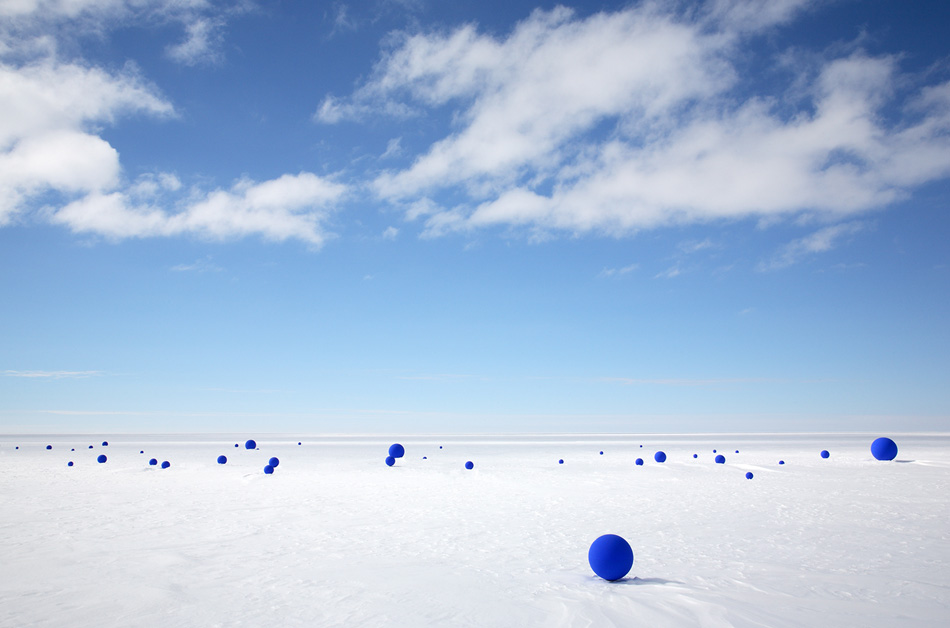 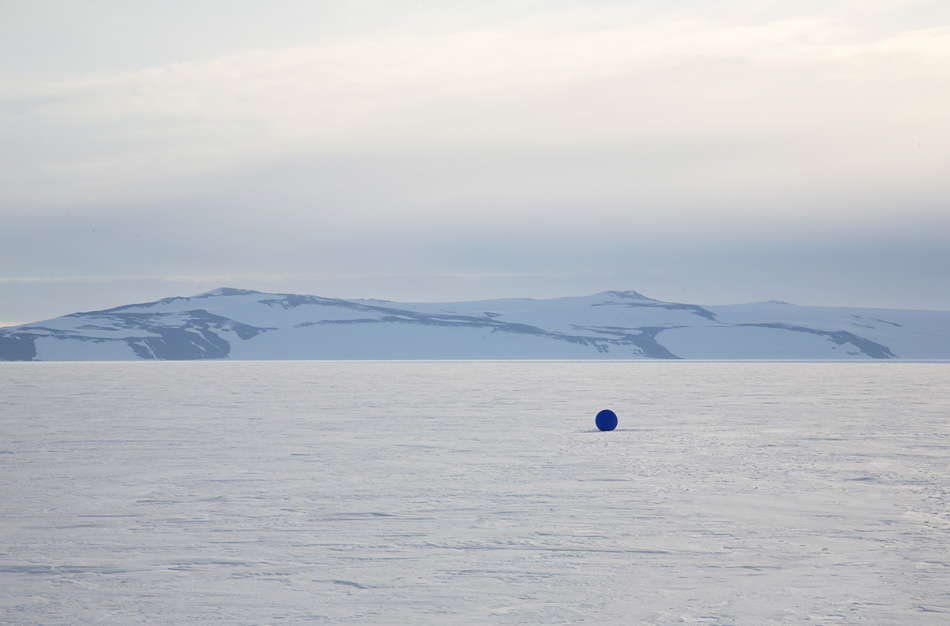 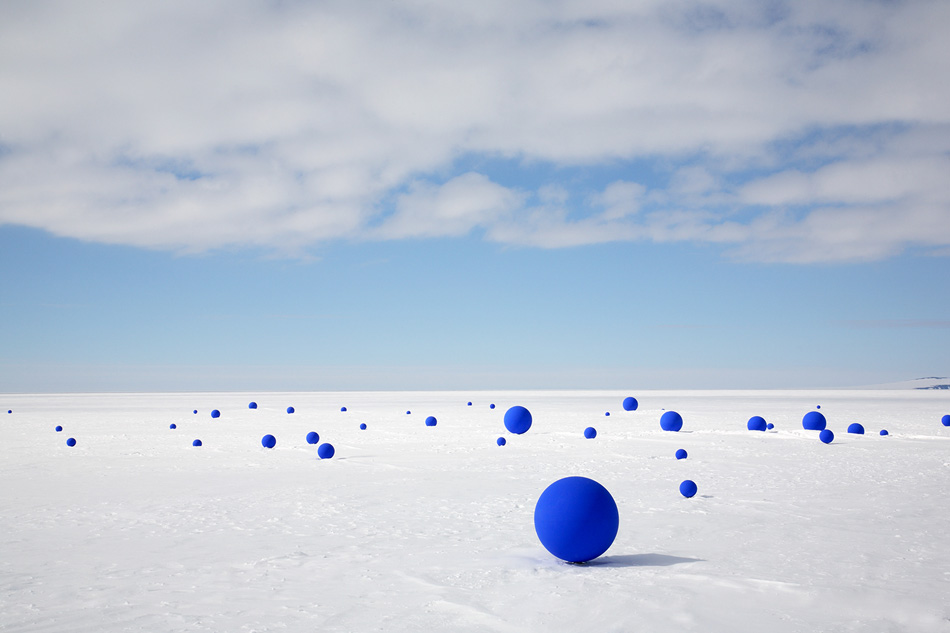 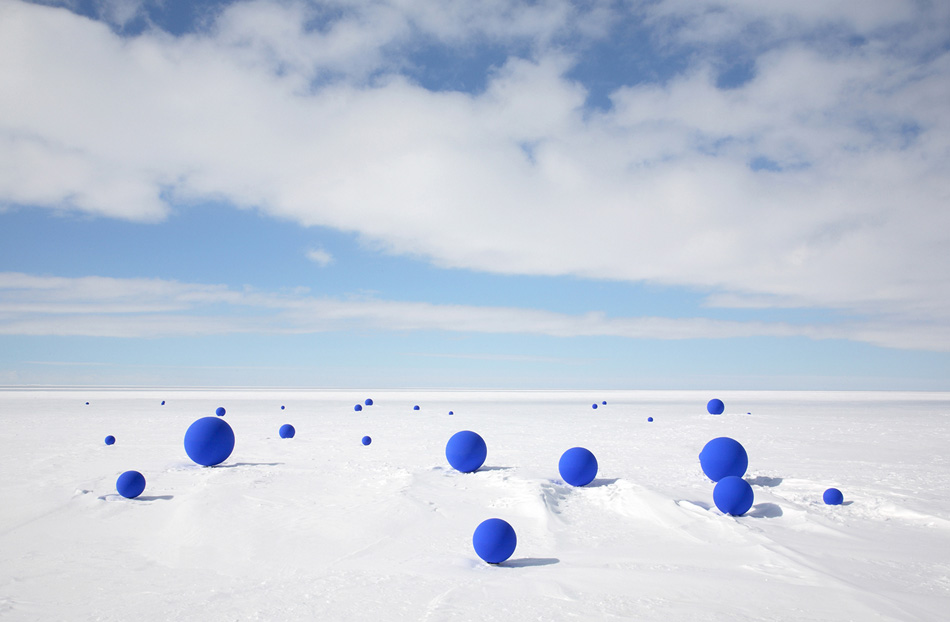 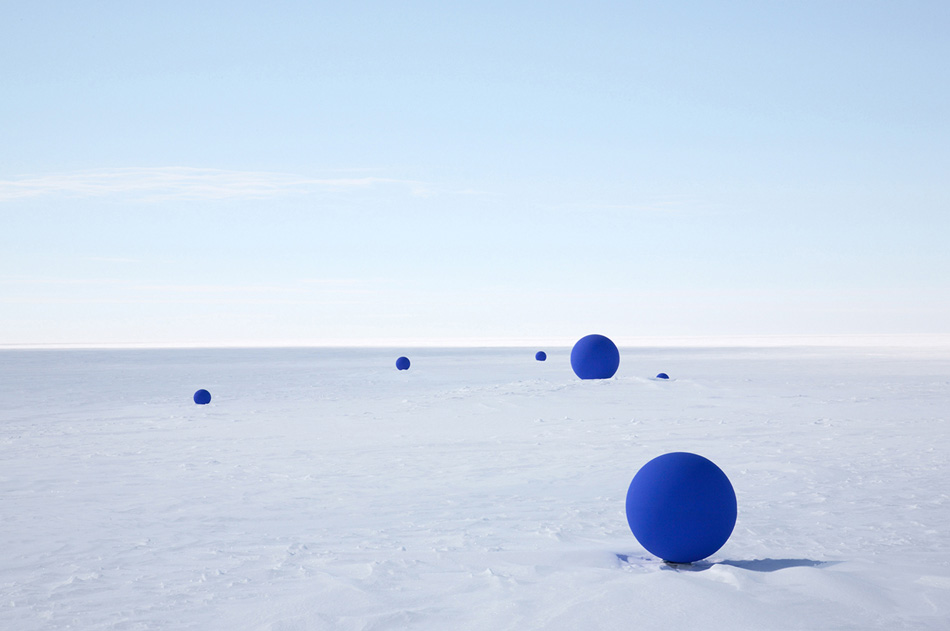