german photographer stephan zirwes offers an unusual take on aerial photography with the latest continuation of his ‘pools’ series. the orthographic perspective together with the subtlety of zirwes’ editing technique creates a result that is ambiguous and whimsical. by manipulating the tile-work into a patterned field, zirwes frames the swimming pool, isolating it from its original surroundings. the strict orthogonal quality implies an architectural plan while the flattened patterning recalls an illustration or render. 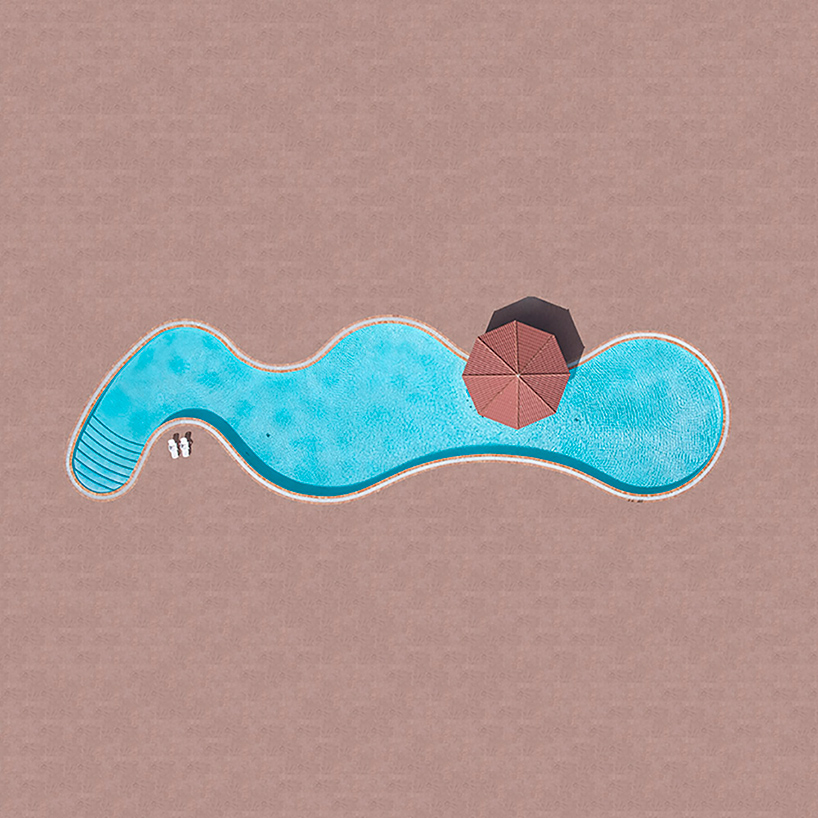 zirwes began working on ‘pools‘ in 2015 in response to the trend of private swimming pools contrasted with memories of public pool culture. zirwes often ‘plays with reality’ with this two dimensional technique — capturing moments of nature, industry and leisure, and then flattening the image into an uncanny field. following is an excerpt from an interview about ‘pools 2018.’ 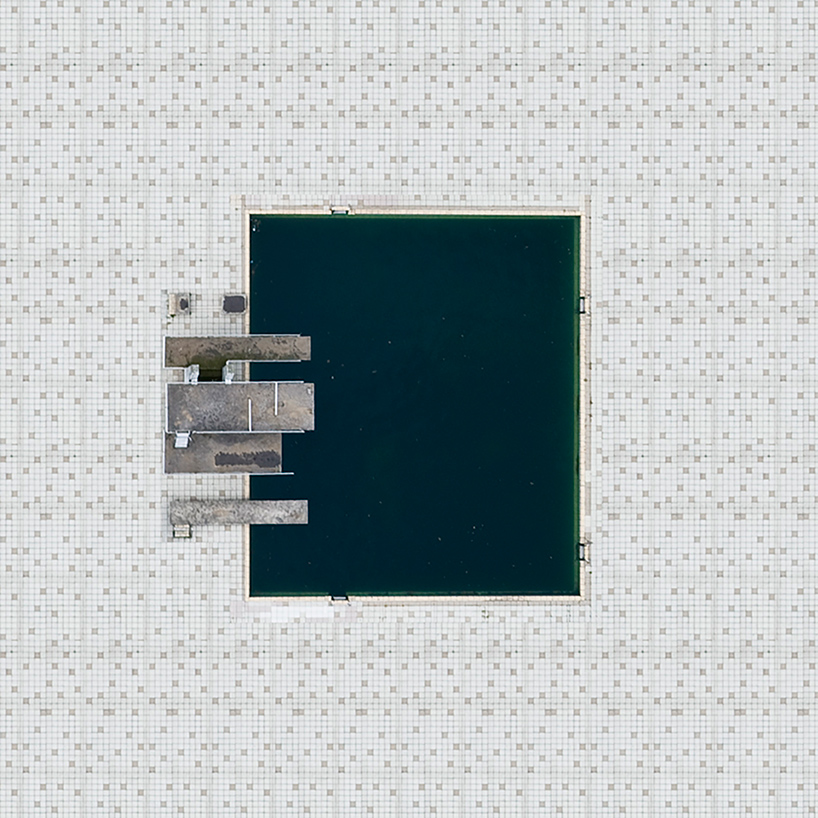 how did you come up with the idea for this project?

‘I love to create new views on things – thats why I started taking aerial pictures in 2000 already. the way straight down was a totally new perspective in this time. it´s a very two-dimensional view with structures and patterns. a small cut out of the reality. its like playing with the reality – so one of my first exhibitions was in a dubai gallery with the theme ‘how real is reality?’‘ 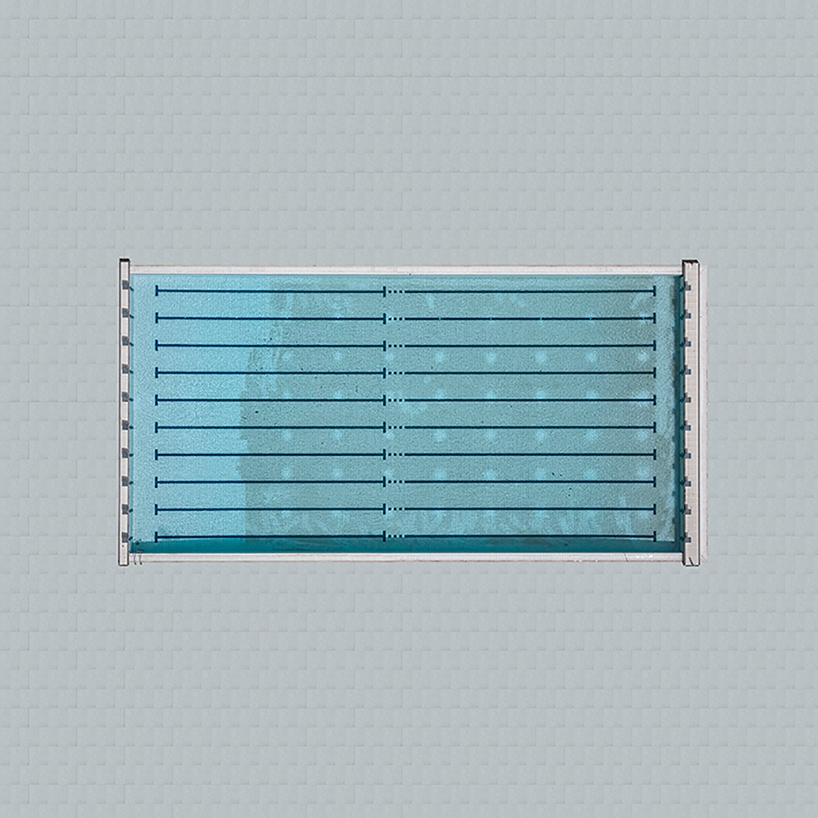 when did you start working on ‘pools’? is it still an ongoing project?

‘I started taking the pictures for this series in 2015 — shot by helicopter in a height of a few hundred meters. I respect the privacy and don’t want to disturb people. in 2016 I won the 3rd prize in the architecture category of the sony world photographer award. yes, it is a still ongoing project.‘ 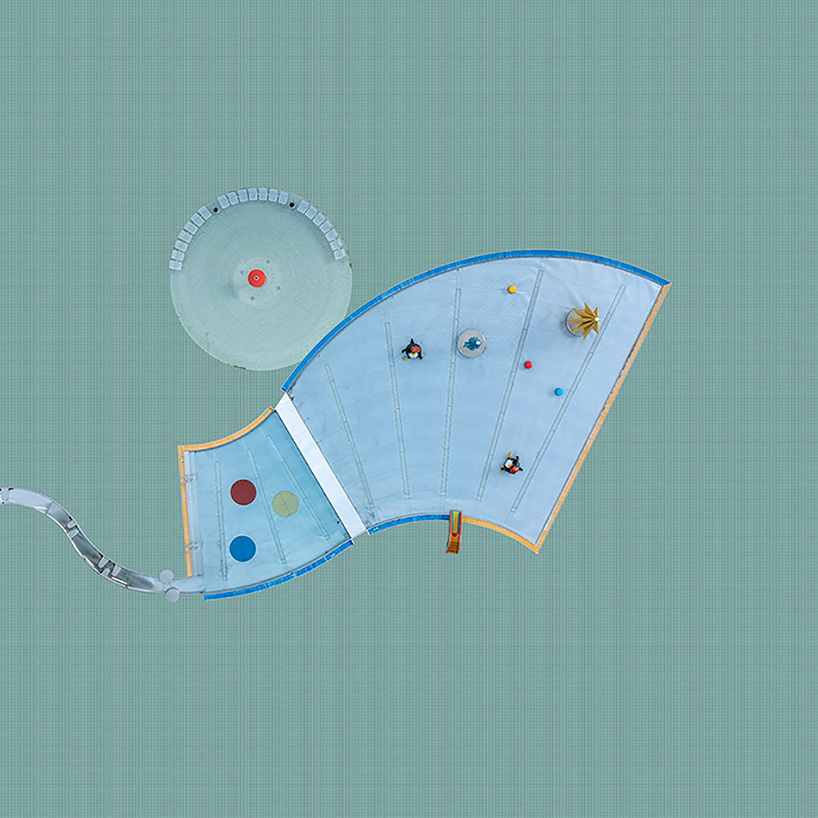 briefly summarize the concept behind these pictures as well as the process: how you get these pictures, the way they’re edited, etc.

‘pools 2018 is a series-continuation about public pools in europe. I was flying helicopters often in the US and south africa – there, nearly everybody who has money has a private pool. an immense waste of water! in germany there are not so much private pools – people are more used to public pools. it is a part of the social-cultural life, open for all kinds of social classes where people spend a lot of time, especially in their childhood which leaves pleasant memories. everybody can afford the small amount of the entry fee. i like this way of thinking.

‘in 2011 I started to build my first drones. now I shoot by drone too. the ‘pools 2018’ series is shot only by a height of a few meters. during post-production, pool tiles were copied and enlarged to create a kind of patterned field condition. the field of tiles becomes like a frame.‘ 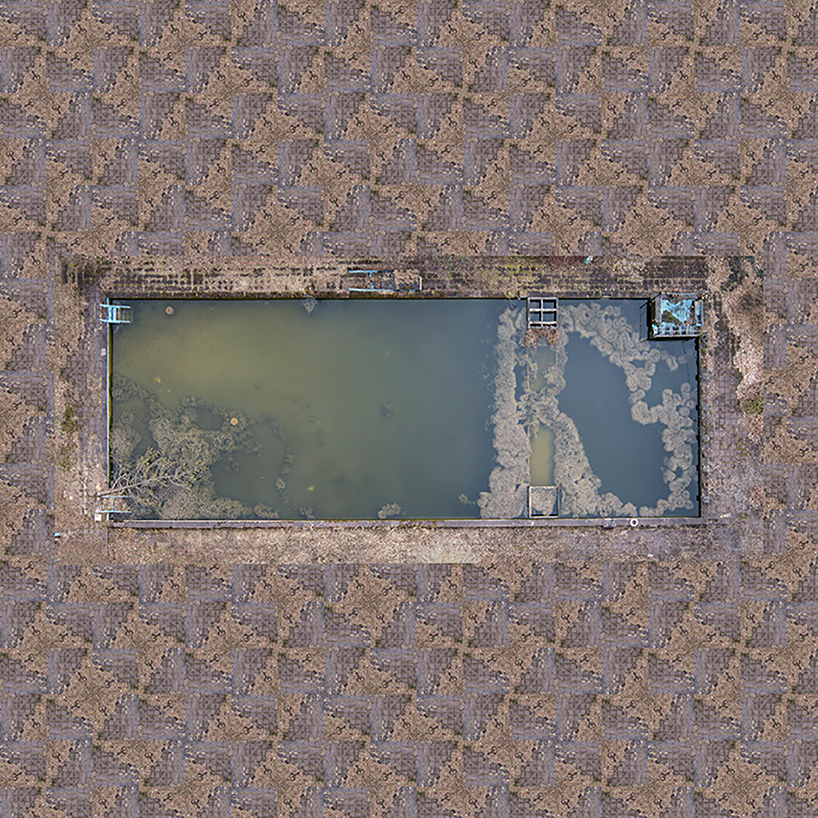 what message do you want to spread with these pictures? 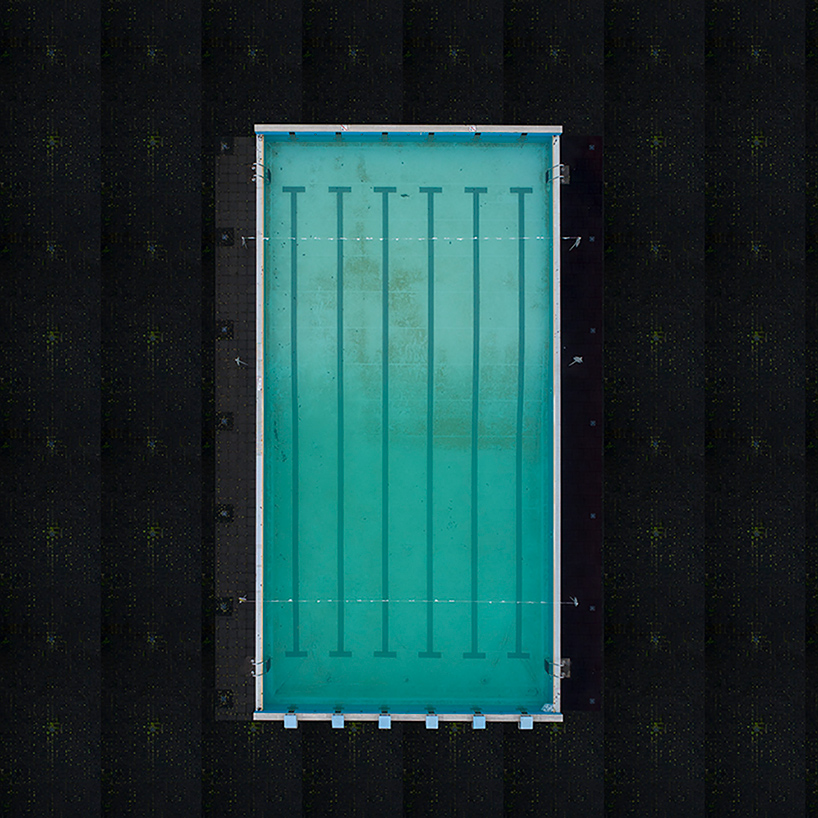 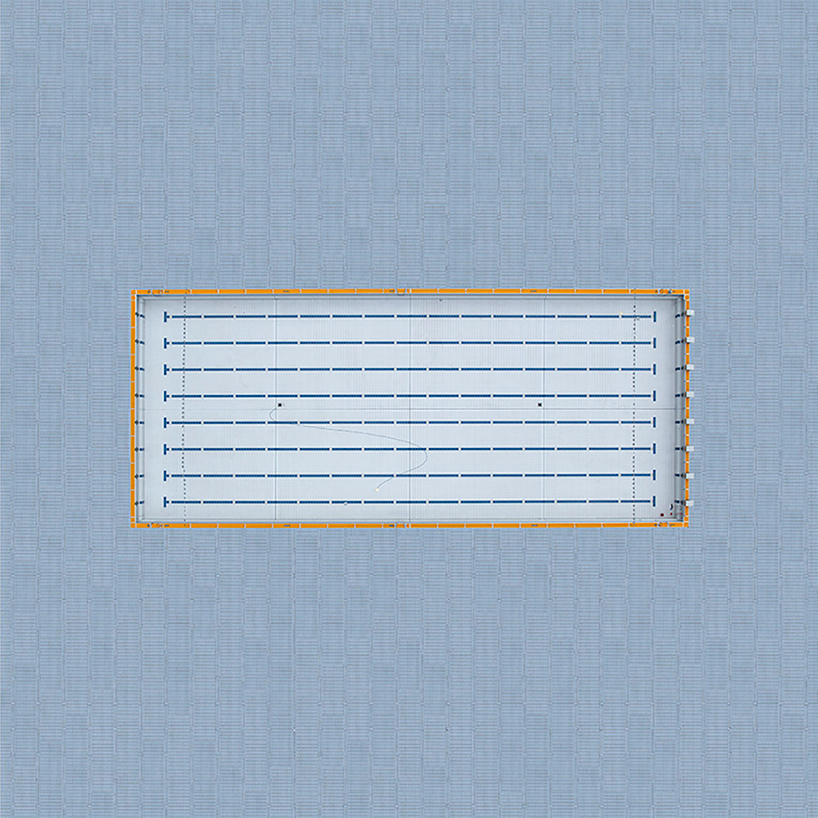 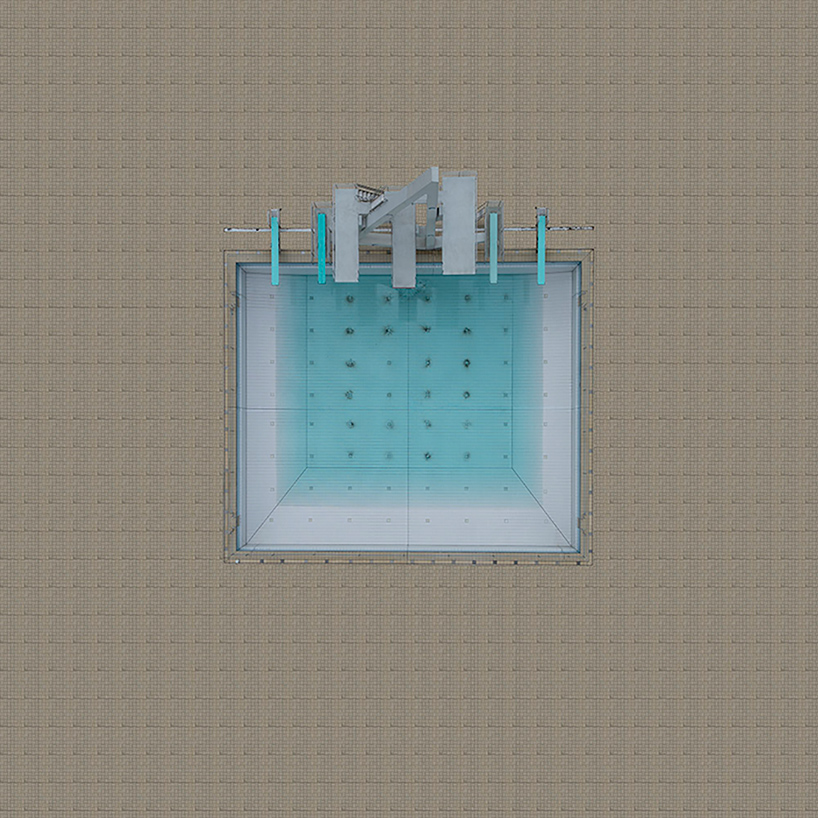 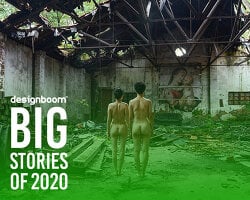 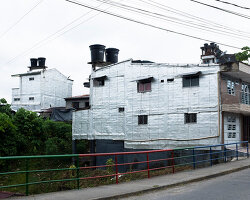 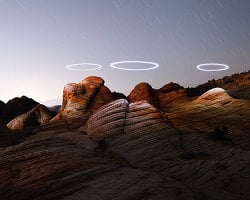 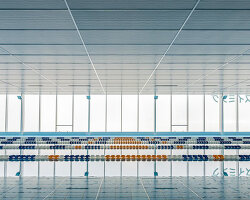 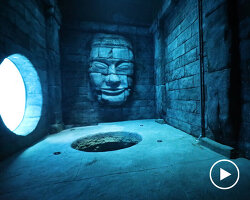