floating just above the surface of the water and cutting an alien intervention into the natural landscape that surrounds them, the light paths created by photographer stephen orlando dip and dive in waves of neon light. created by fixing LED lights to the paddle of a kayak, the long exposure photographs reveal the fluid motions of the oar, recording the rhythm of the boat’s journey. 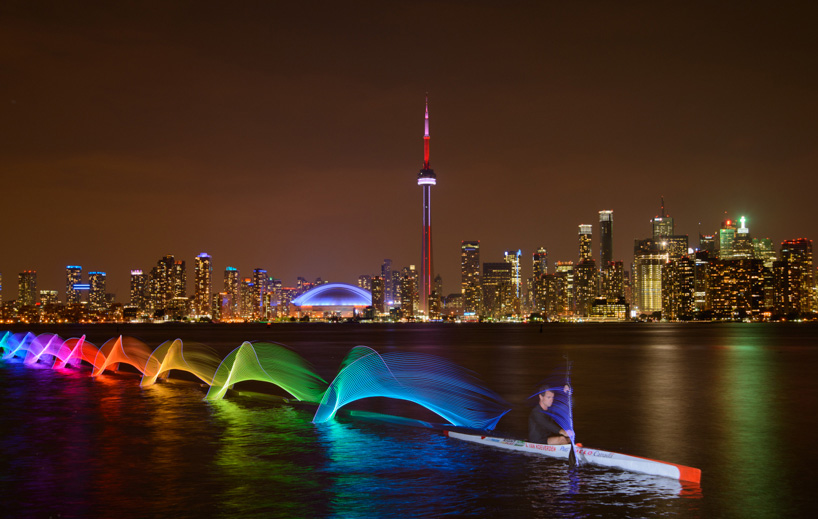 called ‘motion exposure’, the series is a collaboration between stephen orlando and olympic kayaker adam van koeverden. the ethereal light show is created by taking a long exposure photograph of programmable LEDS that outline the movements of the paddle. ‘my aim is to capture a moment in time and tell the story of movement of paddling’, says orlando. ‘I want people to look at my photos and imagine themselves going through the motions’. 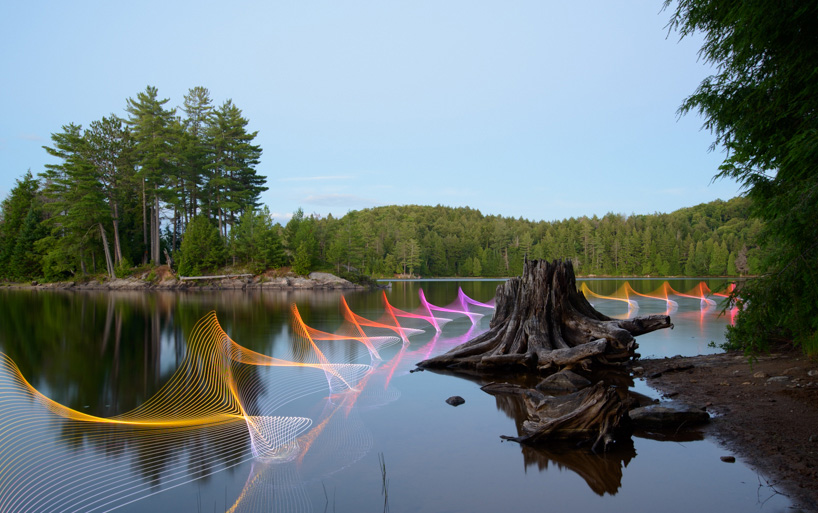 the undulating lines of the lights are all captured in a single exposure, and have not been manipulated in photoshop. ‘this project represents something really exciting for me’, continues orlando, ‘a really unique intersection of technology, sport and art. the result is a striking image representing something more than simply a moment…’

prints of the photos are available to purchase from the motion exposure website, with half of all proceeds going towards project canoe, a toronto based charity that teaches youths life skills through wilderness excursions. for more of orlando’s work, check out his instagram. 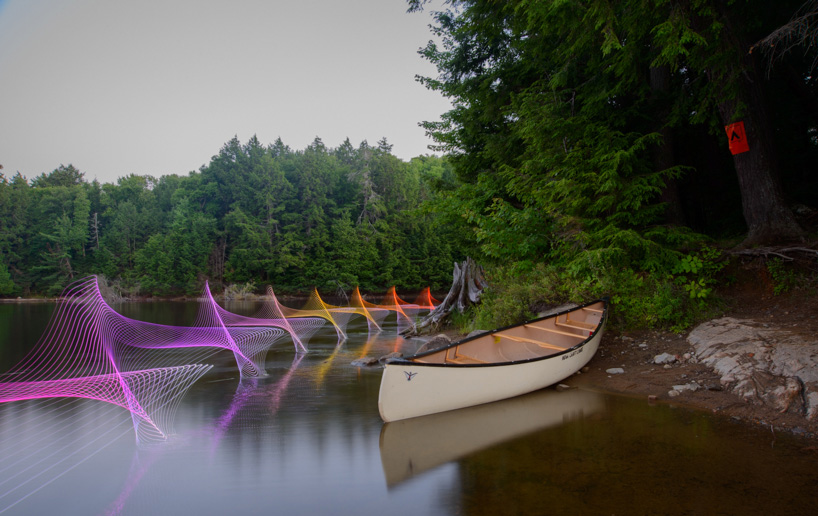 none of the lines were added or enhanced in post production 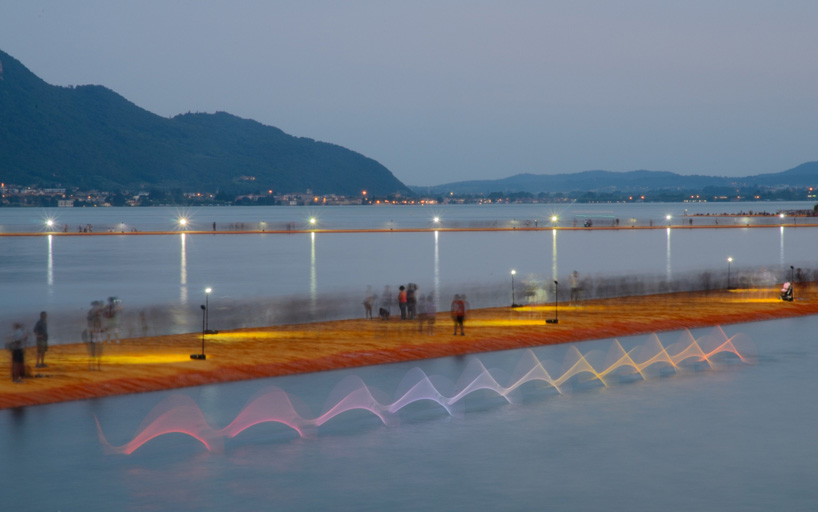 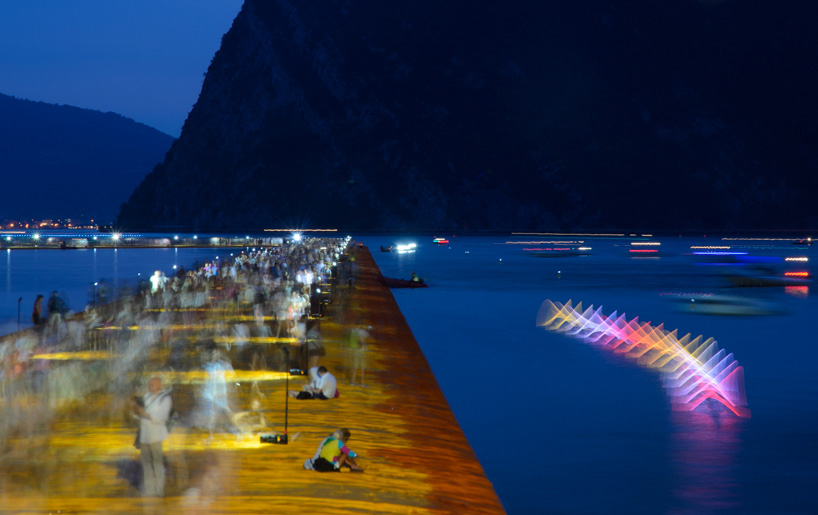 the lights float just above the surface of the water 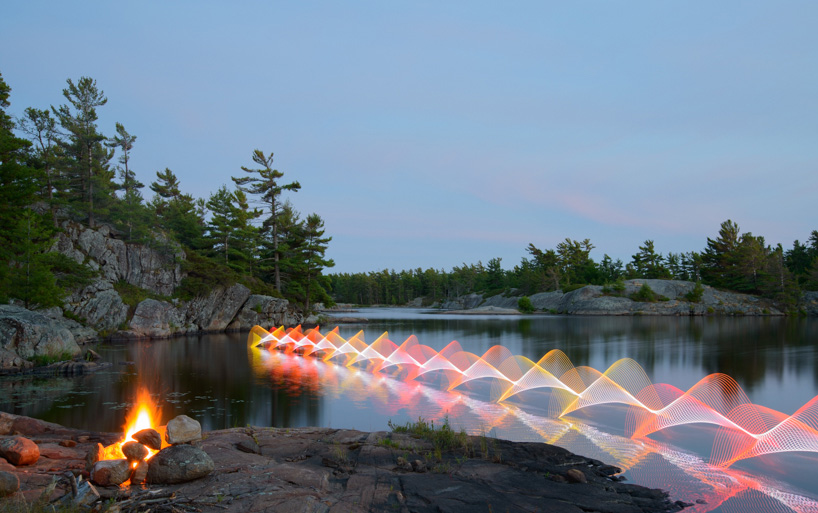 the undulating movements record the rhythm of the paddle 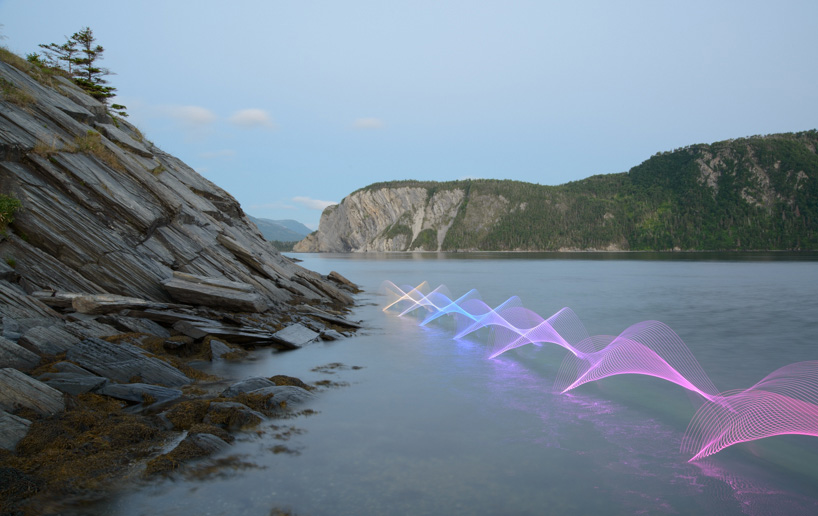 for orlando, the project represents a unique marriage of sport, art and technology 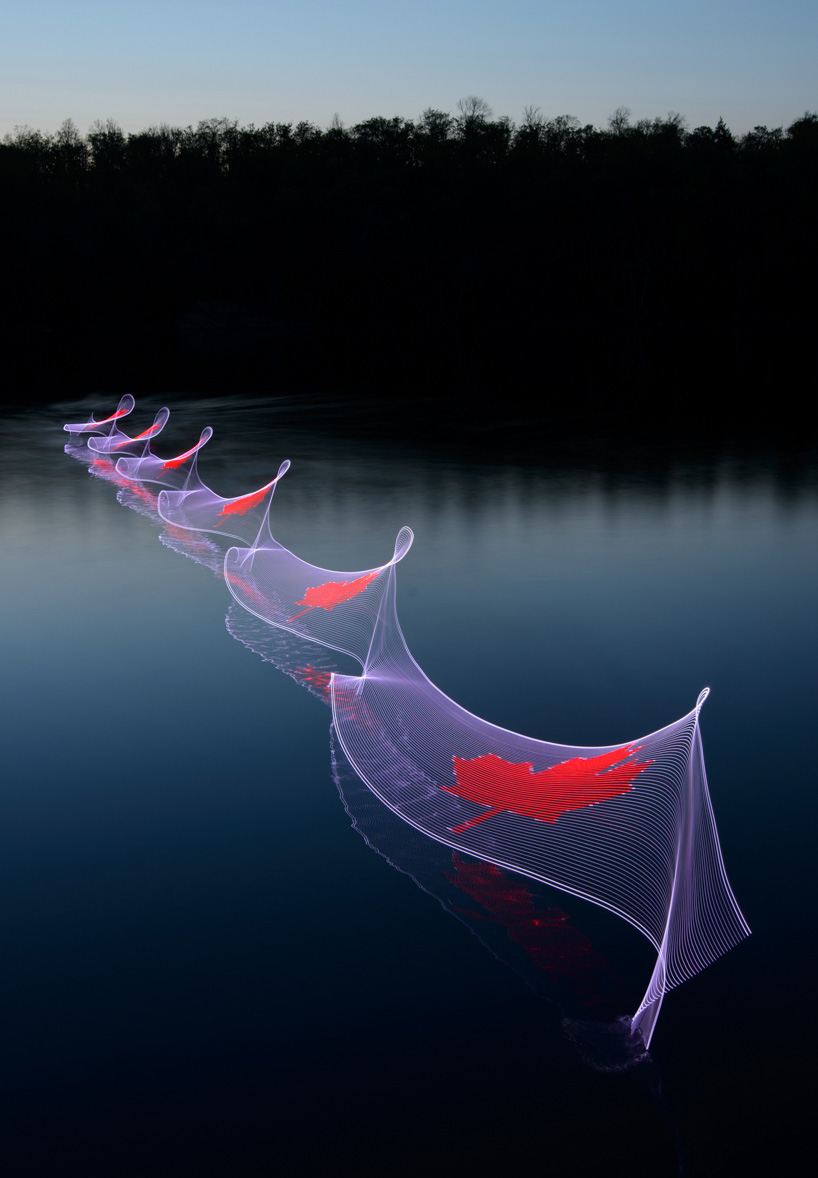 some of the lights were programmed to display images, such as the maple leaf 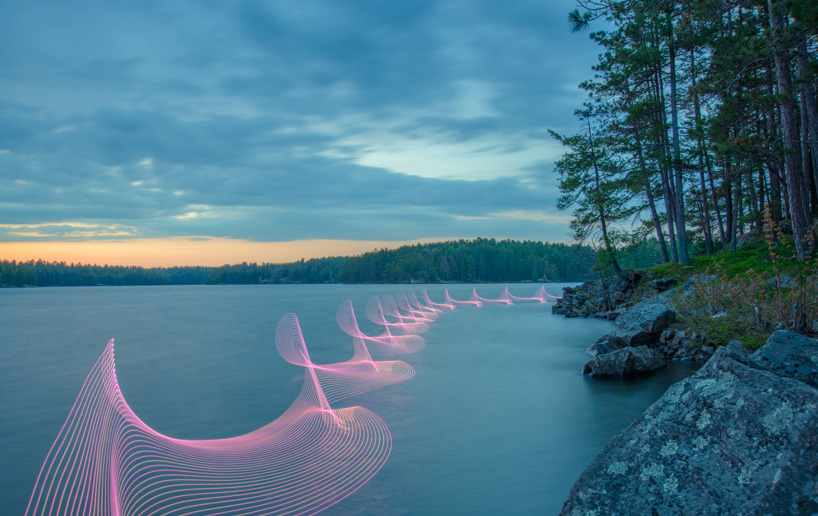 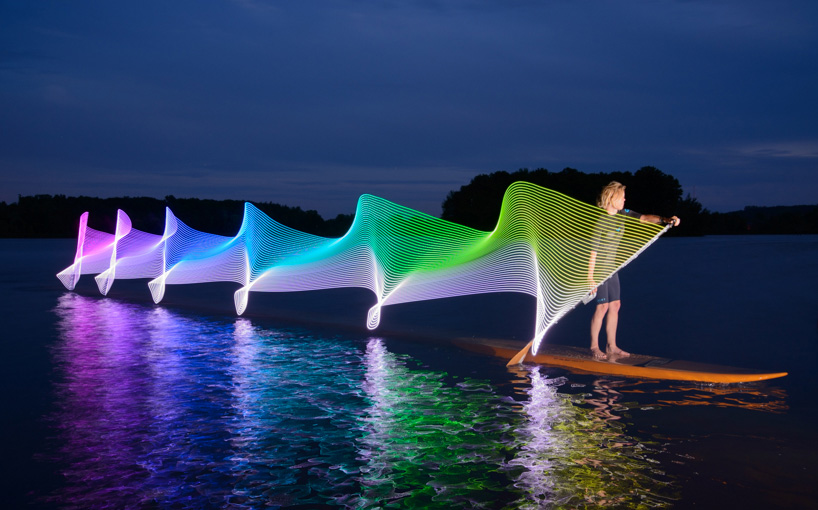 …with half of all proceeds going toward the canoe project charity