desert X, an outdoor exhibition of art installations and site-specific works set amid a rugged mountainous landscape, returns in 2019 for its second edition. as part of the project, los angeles-based artist sterling ruby has created ‘SPECTER’ — a neon orange monolith which appears as an apparition in the desert. in realizing the composition of the artwork, ruby wanted to create an optical illusion, as though something had been erased from the scene. 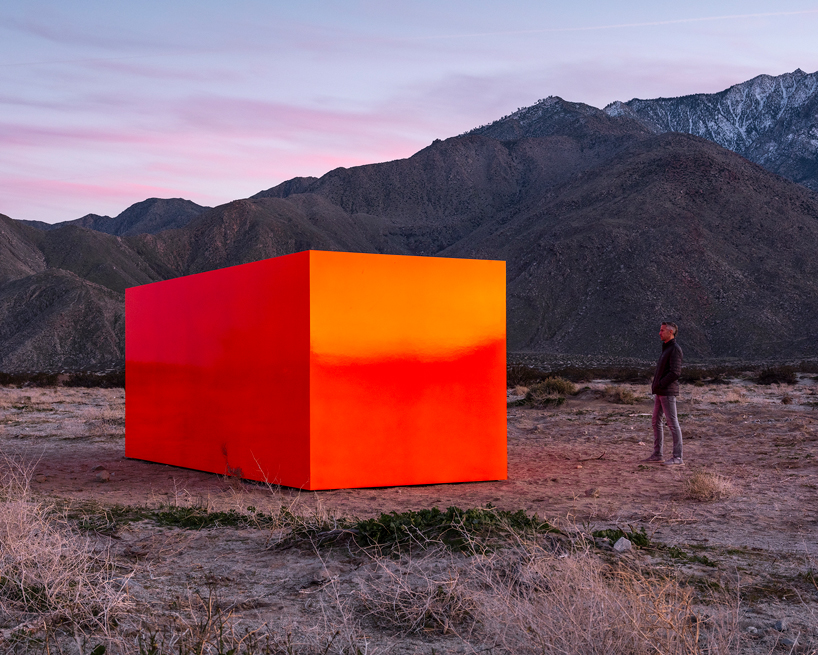 images by lance gerber, courtesy of the artist and desert X

located off snowcreek canyon road in whitewater, ruby’s ‘specter’ acts as a cipher or stand-in, mimicking the form it could be — a shipping container, a military bunker, an unidentified object, an abandoned home-stead. the bright, geometric sculpture resembles a photoshopped composite or collage, its fluorescent glow reflecting on the connotations of a color traditionally used for safety or as a warning. here that logic is reversed: silhouettes of the mountains and the sky reflect in its shiny surface, a ghostly object, set apart from the natural environment, hiding in plain sight. 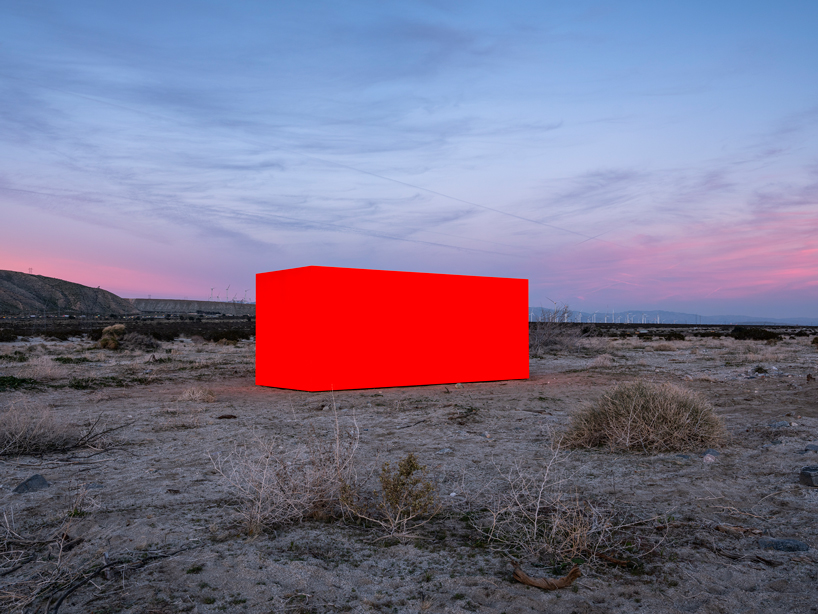 ruby’s work has been created as a part of desert X — a site-specific art exhibition organized by artistic director neville wakefield and curators matthew schum and amanda hunt. occupying 55 miles of southern california’s coachella valley, the desert, formerly used as a nuclear testing site, is repurposed as a blank canvas for a established and emerging artists. free and open to the public, the 2019 exhibition will feature nineteen installations and performances, including specter which will remain on view through april 21, 2019. 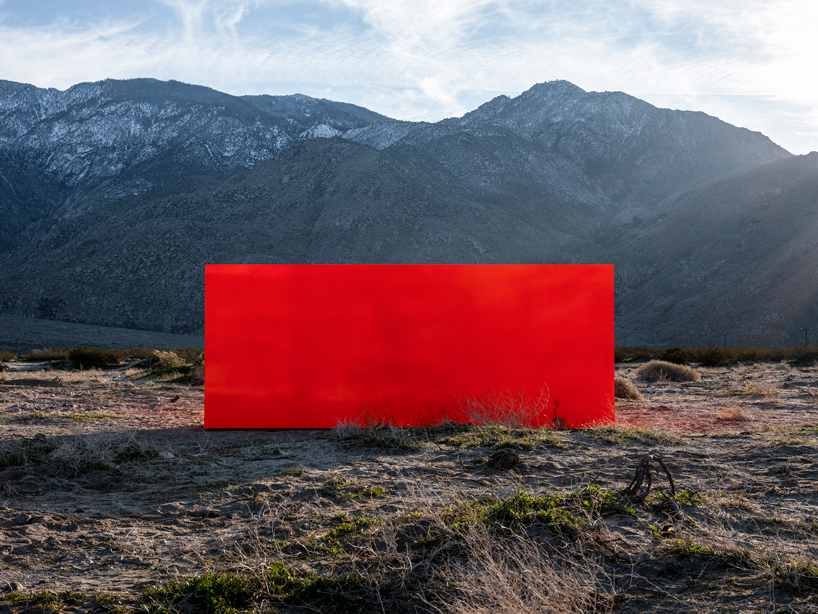 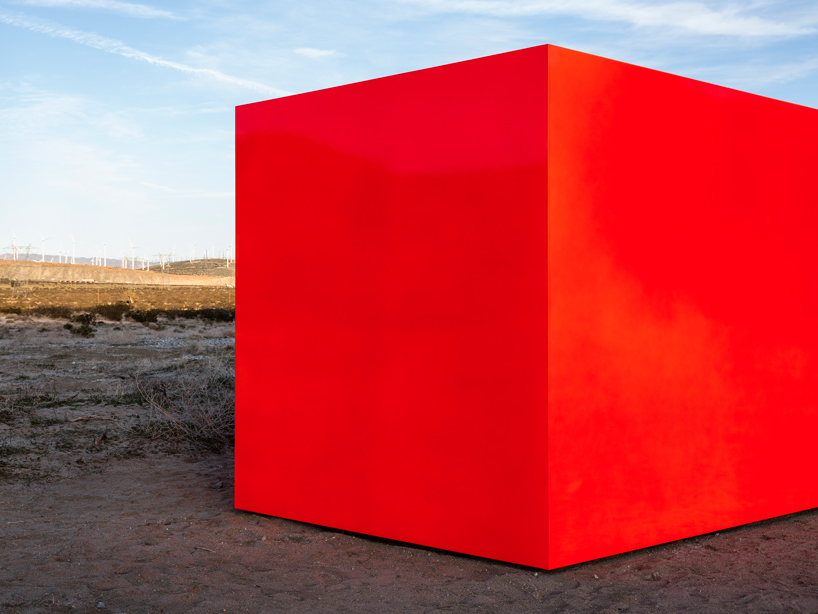 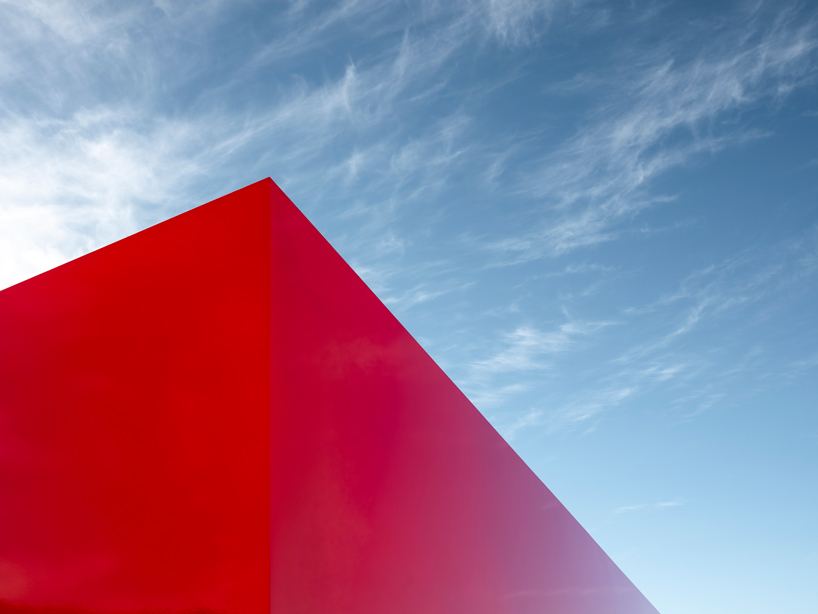 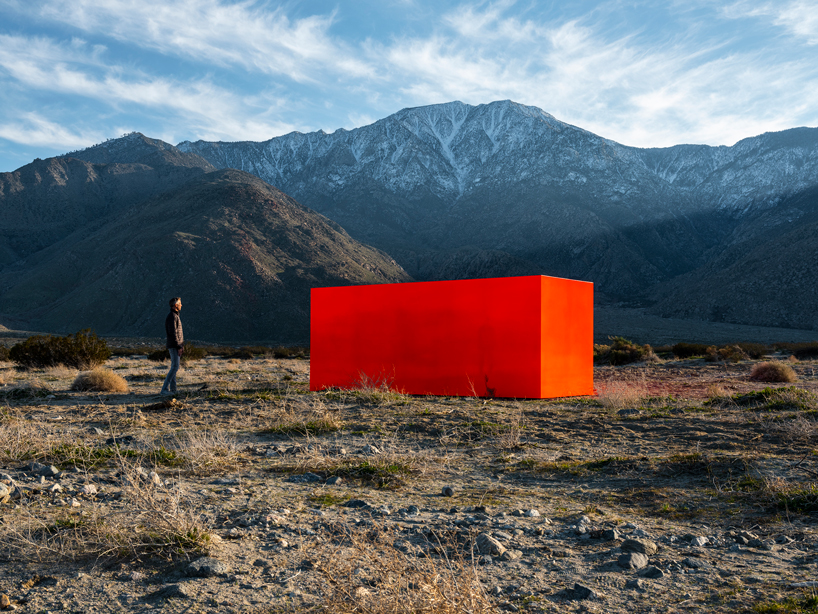 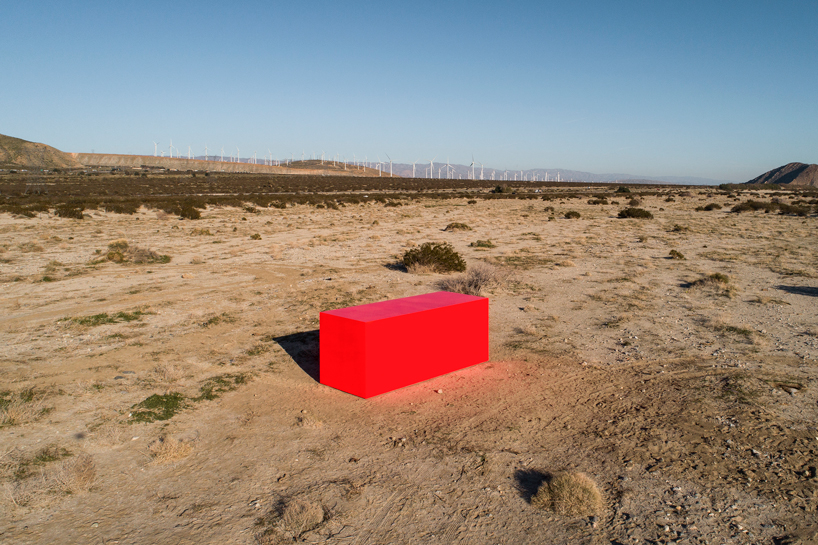 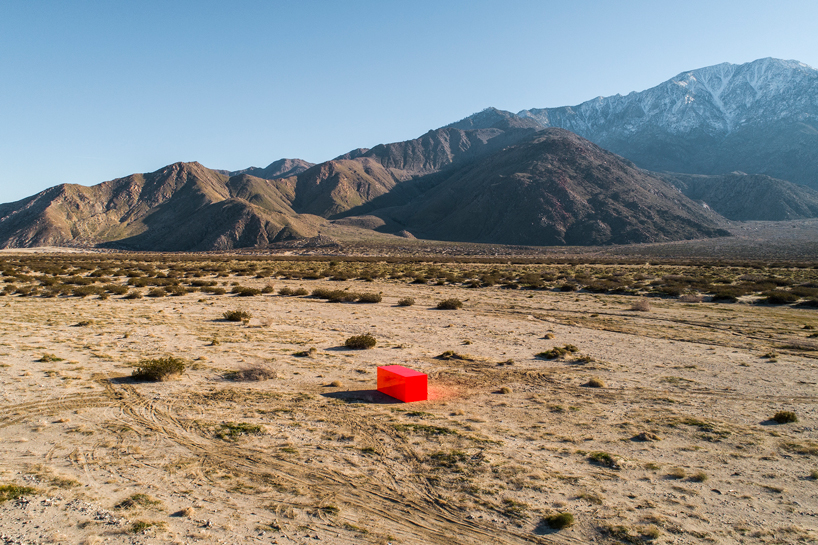 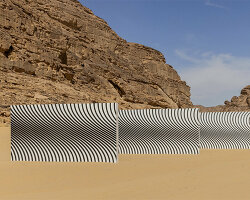 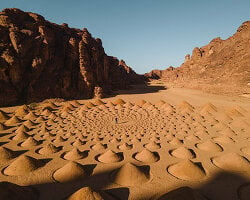 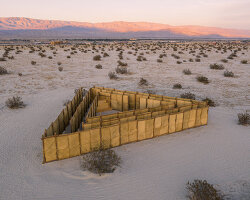 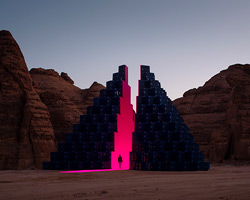 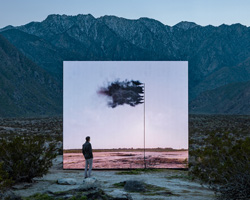