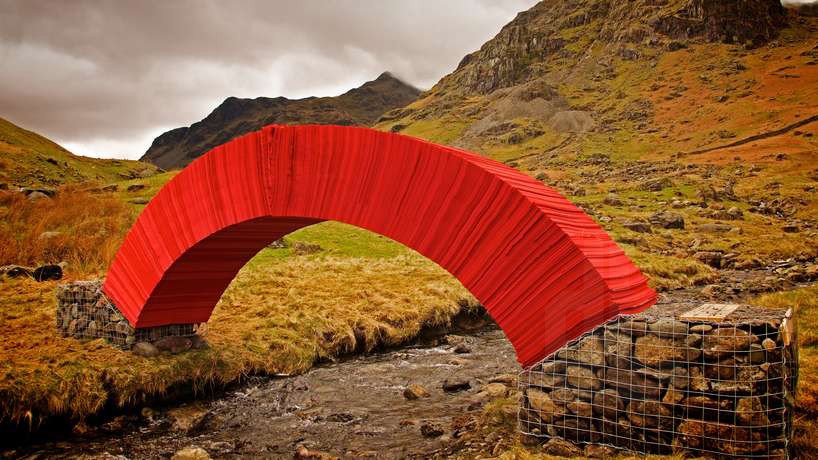 perched above a stream in the rural lake district national park of cumbria, UK is a bright red foot bridge. asides from its peculiar color, the weight-bearing form has another unique characteristic, it’s made entirely of paper. british environmental artist steve messam, as part of the ‘lakes ignite’ project by lakes culture, combined 20,000 sheets of poppy red paper and four tons of stone to create the piece.

the project began with a technically-sound design by peter foskett — formerly of pentagram. stone-filled cages root the structure to the ground on either side of the river, with an additional wooden form to shape the arc of paper. once the foundations were placed, each sheet was inserted without adhesives or fixings, ending in a smooth, compact crescent. stationery was sourced from one of the UK’s oldest paper manufacturers, james cropper, whose products are more commonly found in luxury brands’ packaging. 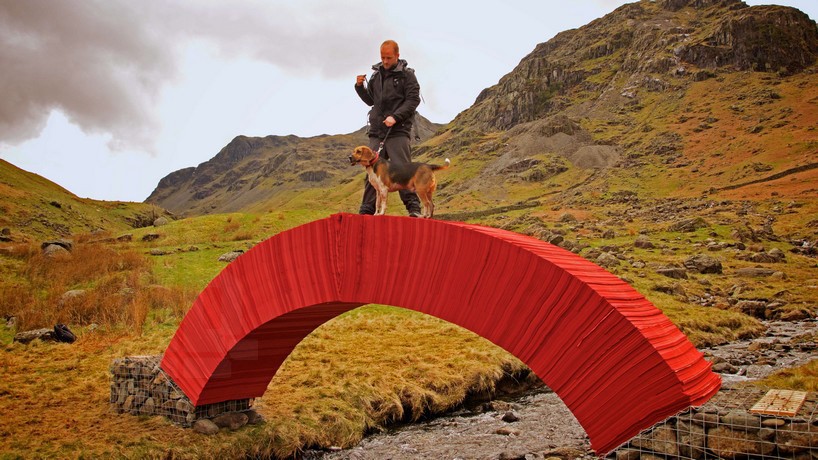 visitors, human or animal, can safely walk and stand on the structure
all images © steve messam

the challenge of ‘paperbridge’ was ensuring its ability to stand up to weather, curious people, and wandering animals. messam relied on vernacular architectural principles found in drystone walls and pack-horse bridges that already dot the lake district landscape, which use a similar system of gravity and pressure between elements to provide strength.

as for the environmental impact, messam was careful to ensure the total footprint was close to zero. the color-fast papers used are run-proof and are able to stand up to expected weather conditions. once the ten day installation is complete, the material will be returned to james cropper’s facilities for recycling. stones used were taken directly from the immediate vicinity, and afterwards will be redistributed around the area. 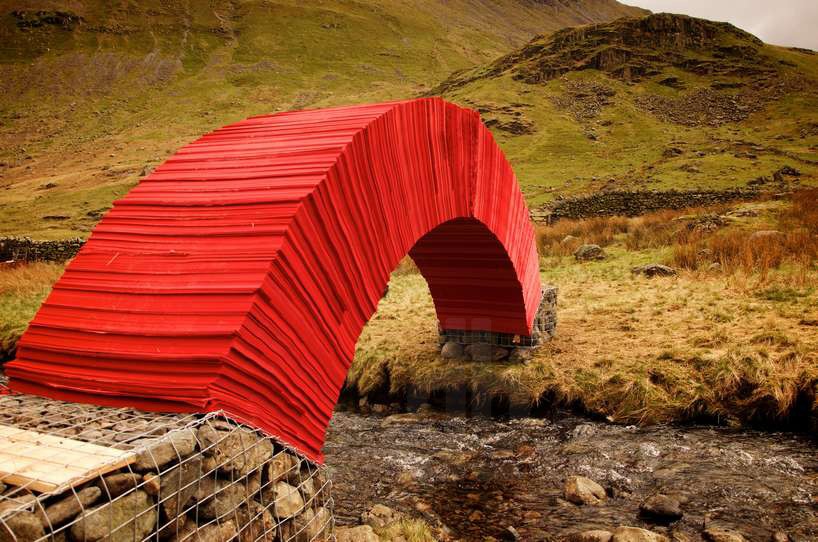 ‘paperbridge’ was created with 20,000 sheets of paper and four tons of stone

‘paper bridge’ is part of a larger program that has commissioned a number of unique art pieces, other recent projects include: ‘harmonica botanica’ by dan fox, ‘point to point’ by louie ingham, mark melville, and lee mattinson, and ‘take me back to manchester’ by oliver east. the bridge is on location now until may 18-19th, 2015. 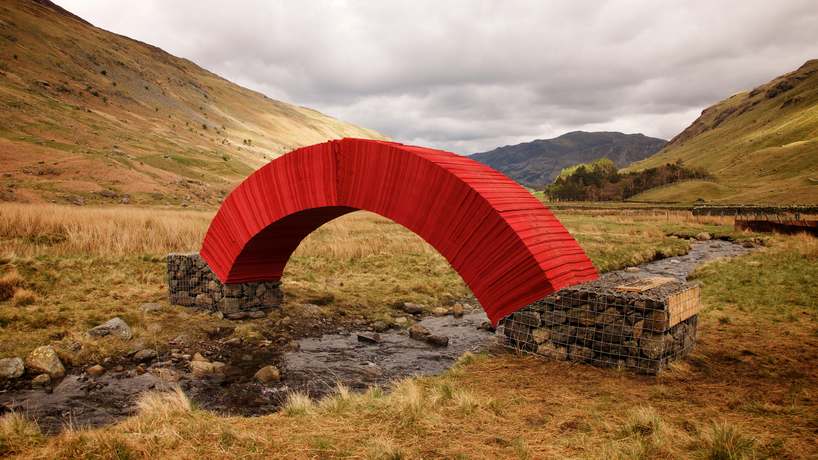 the temporary installation is on location until approximately may 18th-19th