in an effort to record moments from everyday life, stillo noir (also known as tanya heidrich) has created a ‘visual journal’ as a graphic method of documenting daily experiences. the project first began with a long-anticipated trip to spain, when the illustrator chose a very personal way of treasuring her memories from great cities such as barcelona and valencia. after this, stillo noir decided to continue the visual journal, resulting in a detailed series of illustrations. 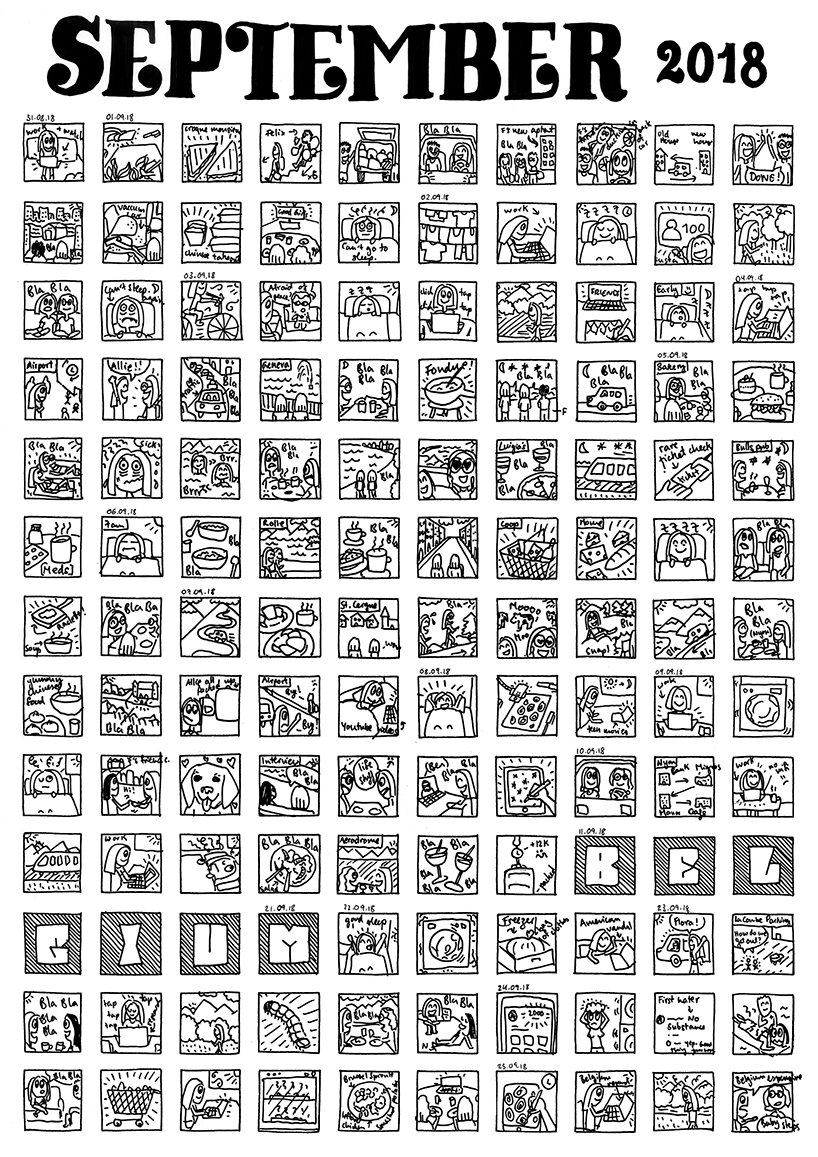 all images courtesy of stillo noir

the project highlights the personal challenges of a so-called ‘millennial’ woman. from thoughts, doubts and experiences to big life questions, the work is specific to the artist‘s own privileges, yet also strives to convey the universal struggles of her generation. by documenting the ups and downs of social media and the awkwardness of meeting new people, the illustrations aims to relate to other millenial women. 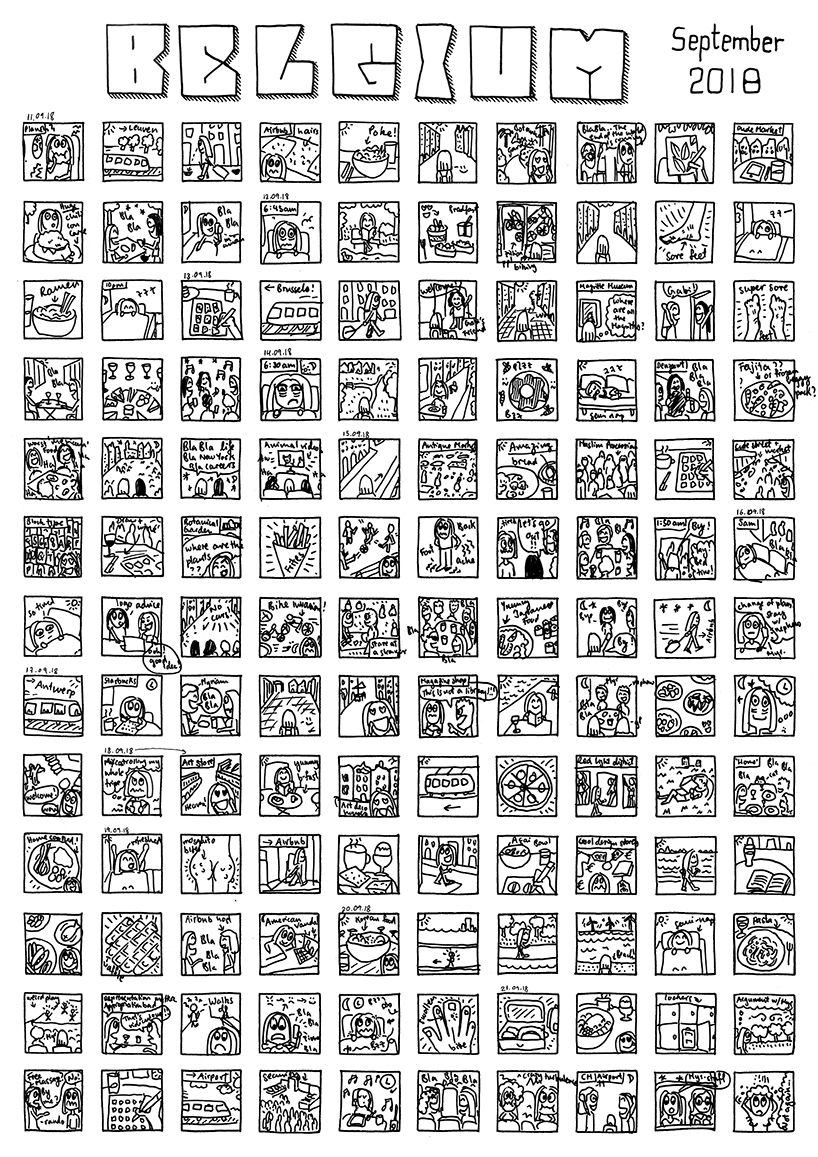 formed over a period of 15 months, the series has resulted in more than 3,900 ‘micro’ drawings. every page is hand drawn and made of 130 small squares of illustrations. the hand-lettered headline that accompanies the work has been inspired by typography the artist experienced during or around that timeframe, such as traditional basque lettering in bilbao, geometric letter box type in belgium, or traditional street signage in cordoba. 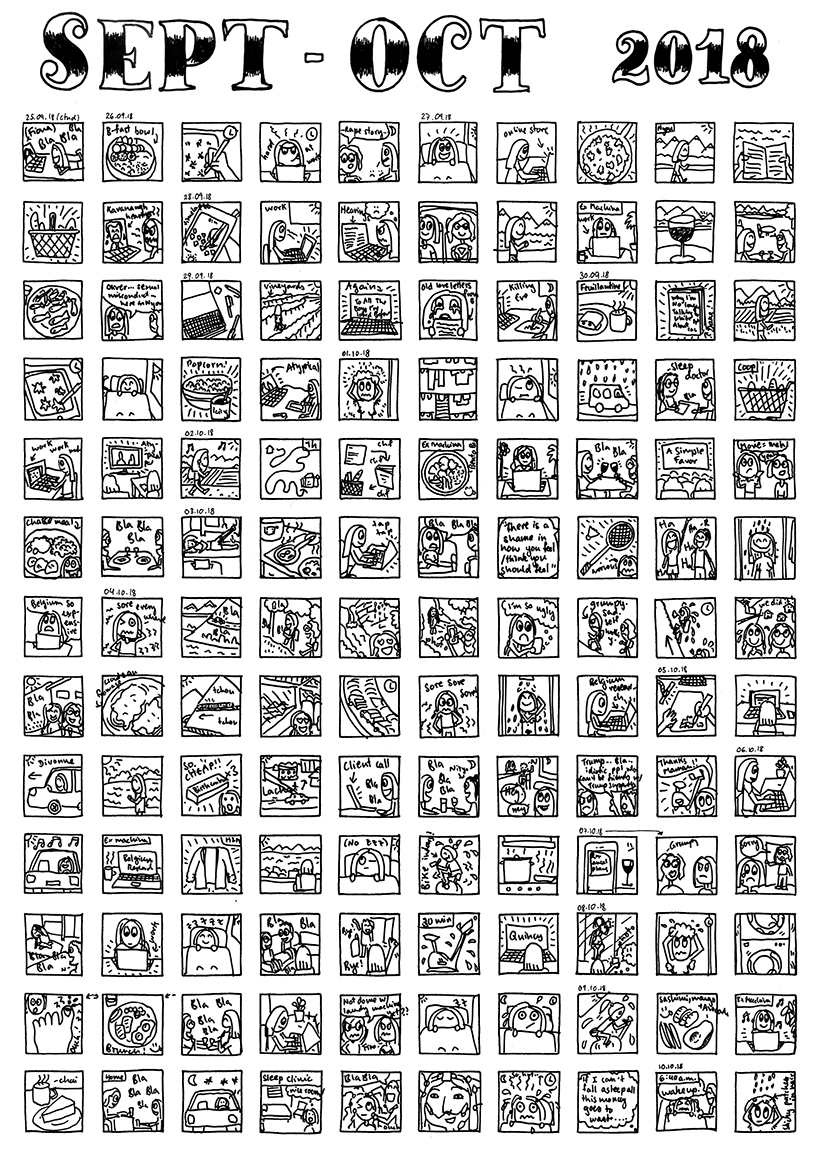 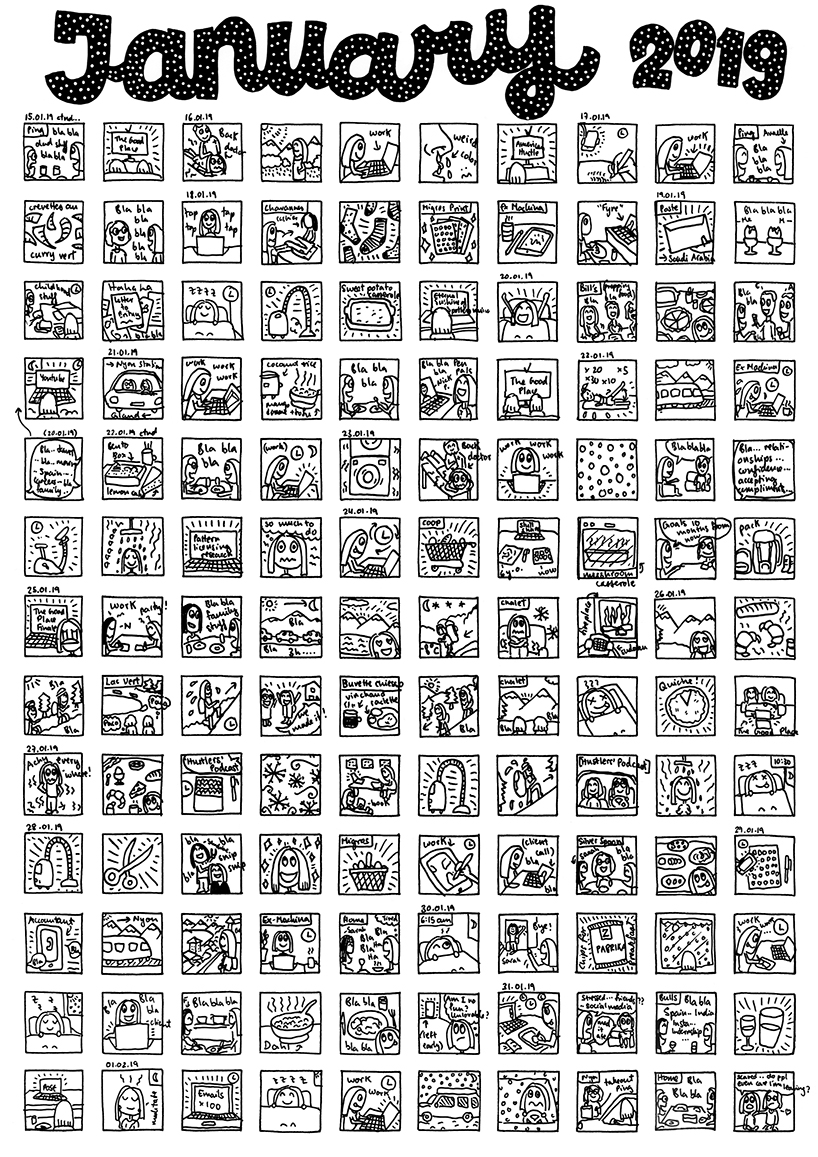 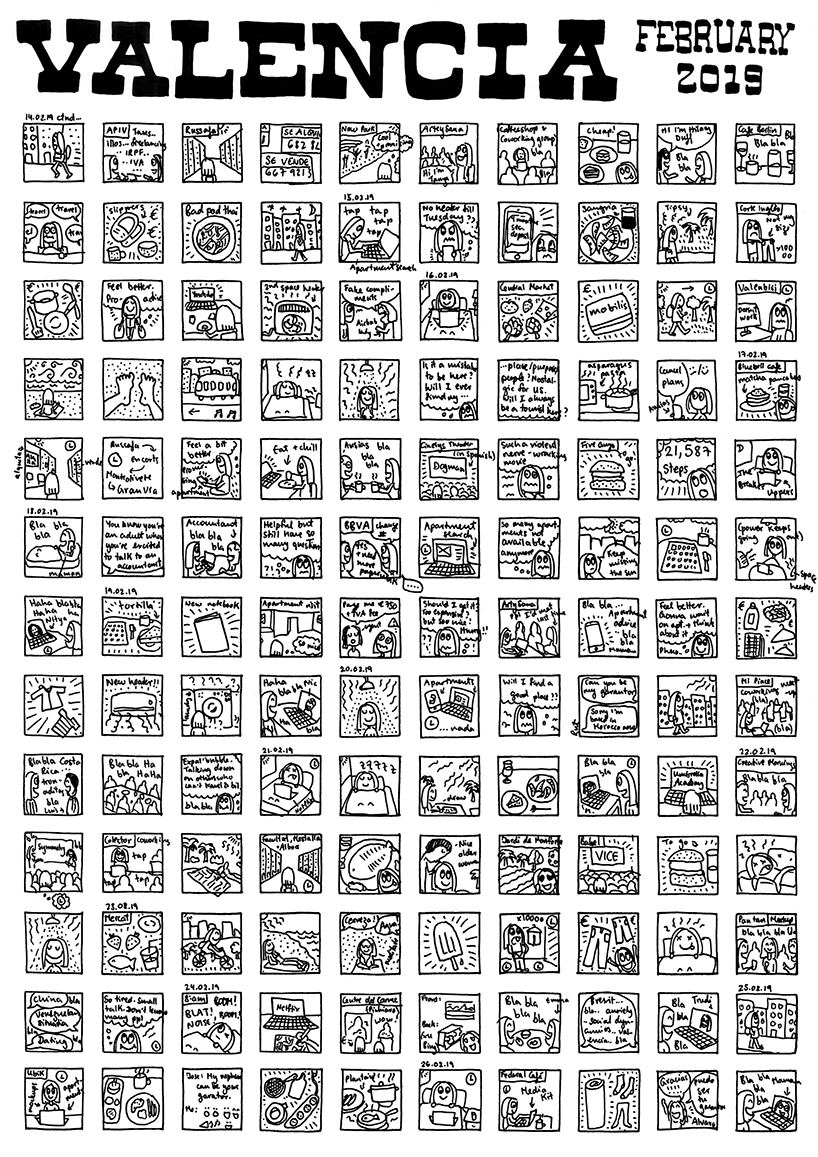 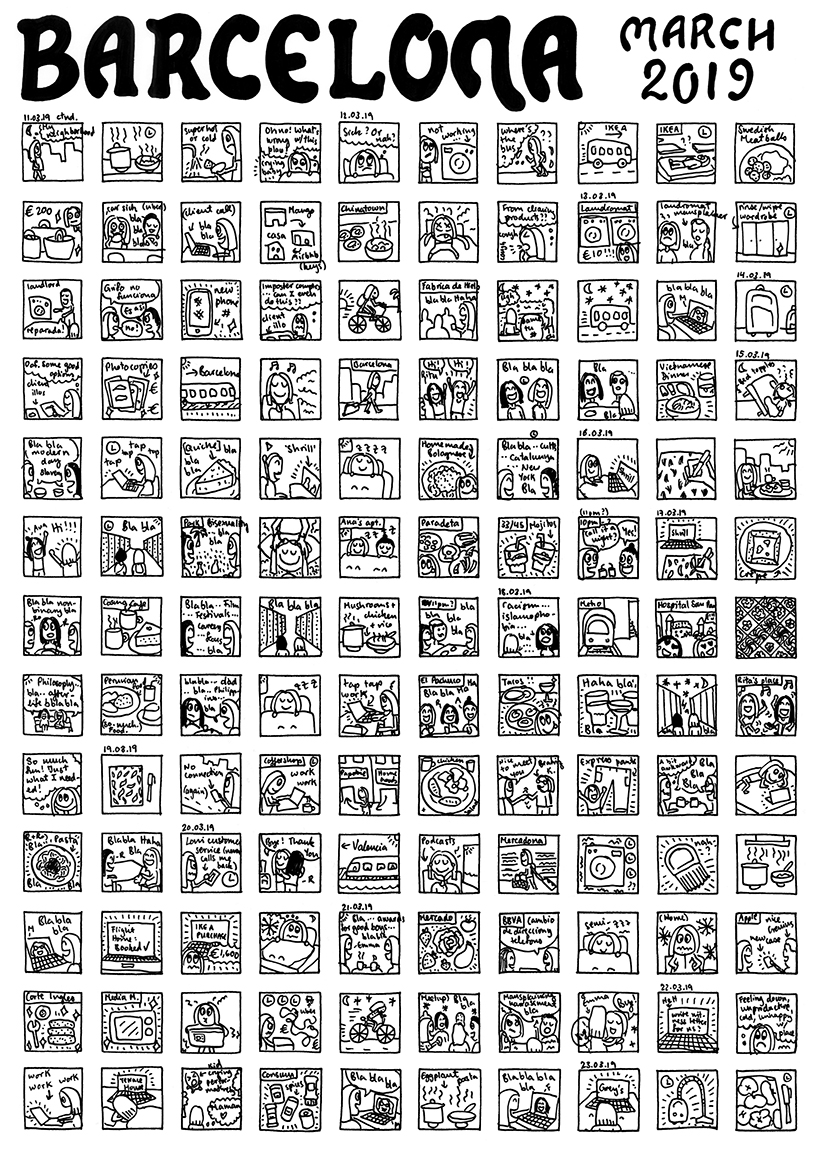 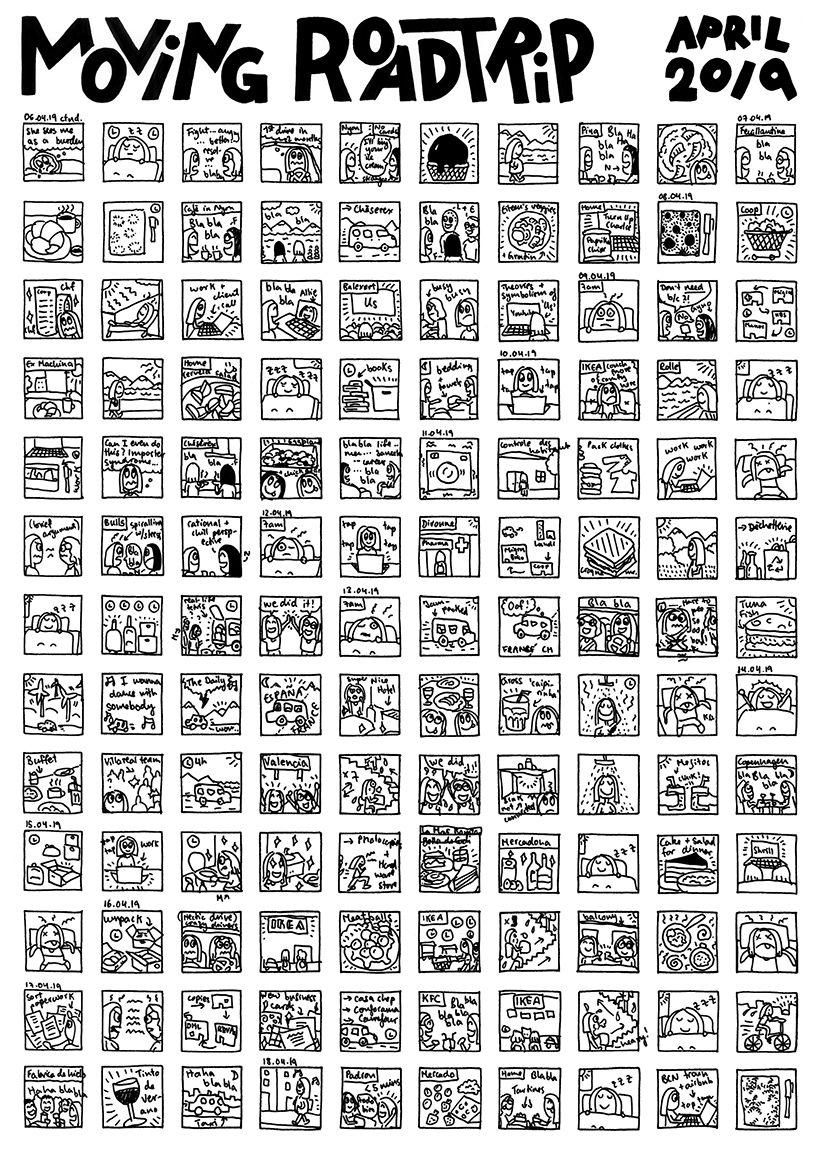 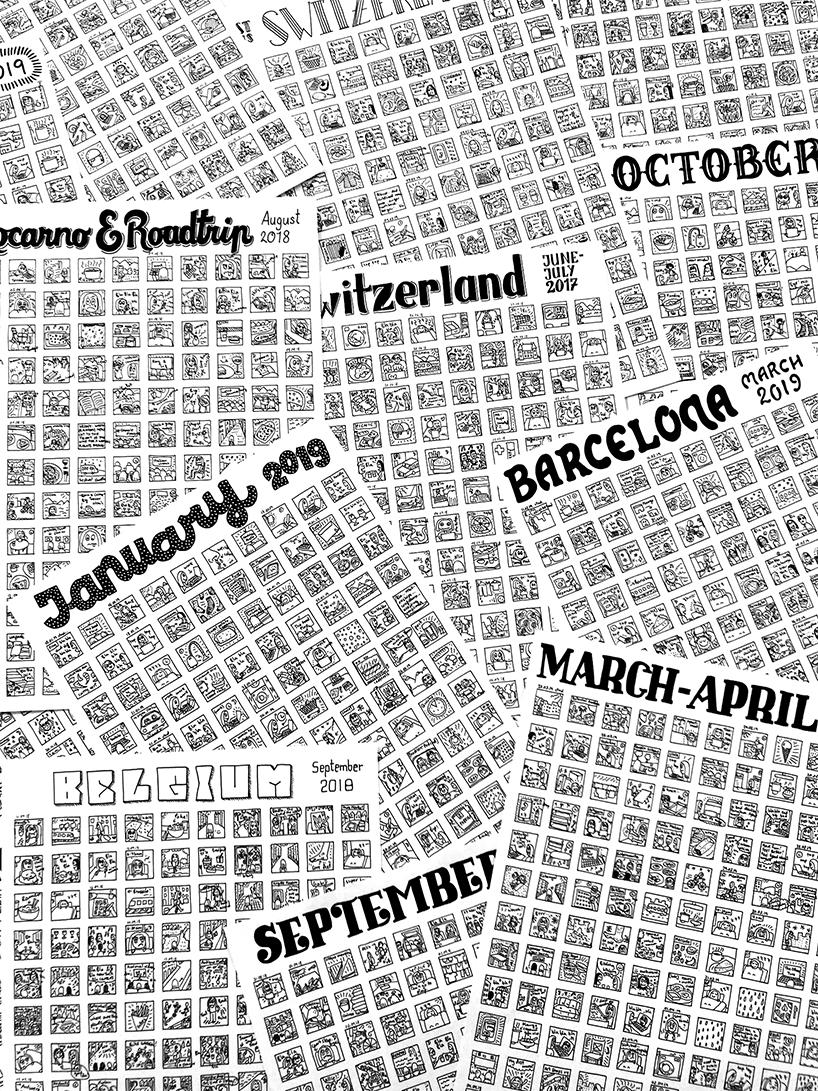